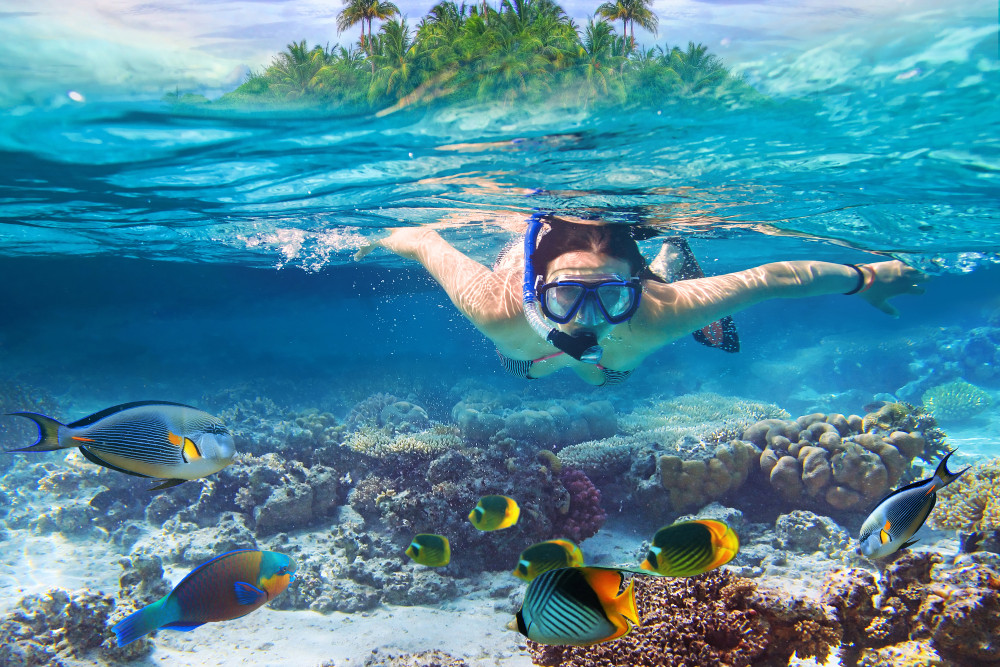 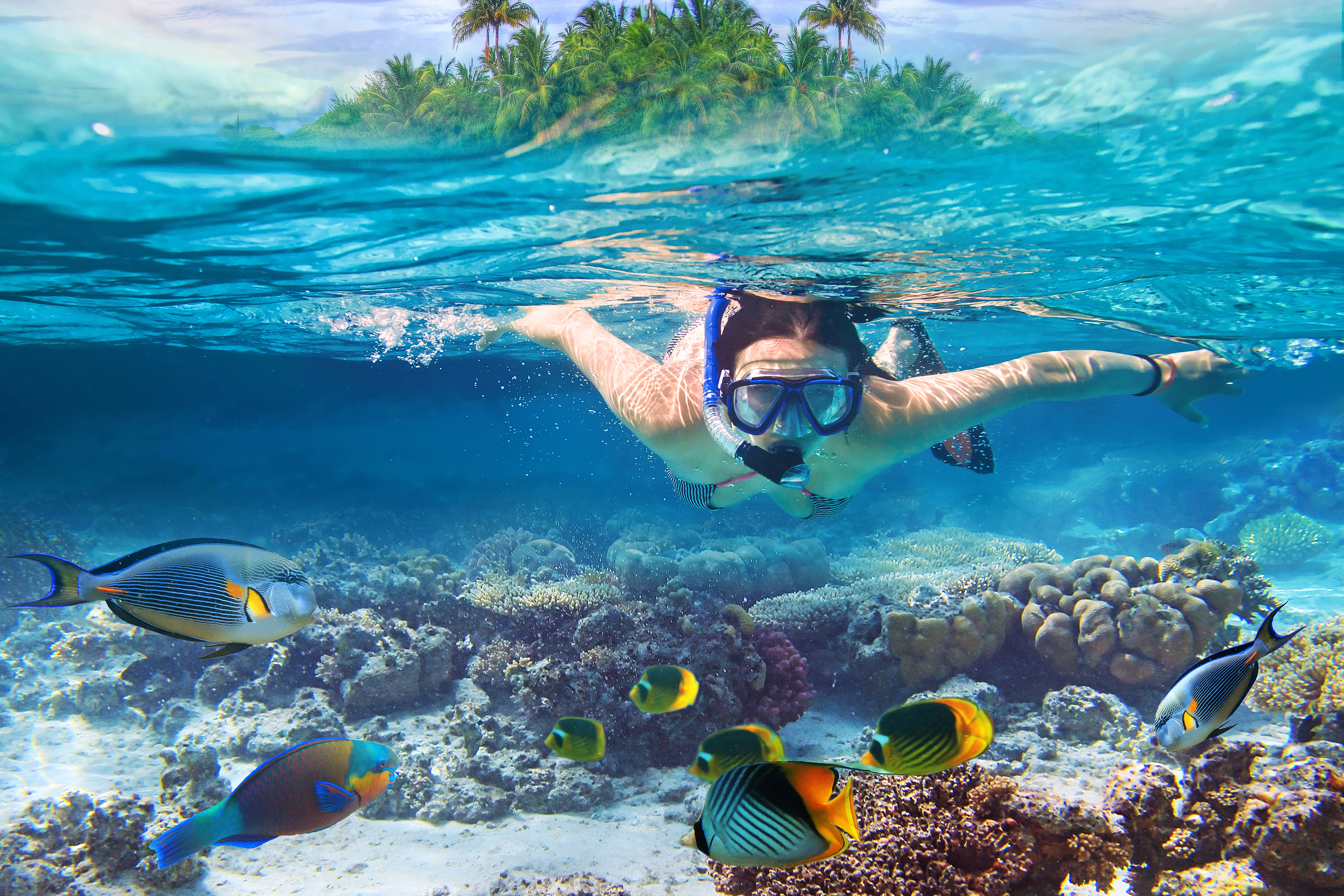 Chances are that if you’ve been lucky enough to vacation in the Caribbean, you’ve probably hit up hot spots like Aruba, Jamaica and the Bahamas. While there is nothing wrong with these popular tourist destinations, there is a whole slew of islands—the region is made up of more than 700—that are just as worthy of a visit. If you’re sick of cruise ports but still looking for some fun in the sun, consider an island that isn’t as frequently traveled. 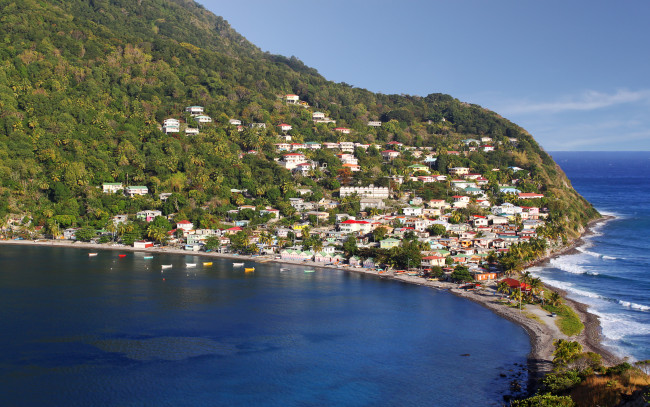 Dominica is a small island that is part of the Lesser Antilles, a group of eight independent nations and numerous sovereign states. Known as the “Nature Isle of the Caribbean,” for the most part, Dominica remains untouched by tourist populations. At only 289.5 square miles, the little island is home to rainforest, Boiling Lake—the world’s second largest hot spring, Cabrits National Park, 365 different rivers, a number of waterfalls, volcanoes, coral reefs, and sandy black and white beaches, of course. Accommodations wise, there are many hotel options, but Secret Bay is really a must-see. The boutique resort is made up of six sustainable luxury villas and bungalows tucked away on a cliff overlooking the Caribbean. As for food, the island is known for its fusion of Creole and British influence– Dominica’s cuisine is filled with spices and flavor. For a meal right on the water, check out the Rainbow Beach Bar Restaurant. There you can dine on regional and local delicacies right on the beach or on the rooftop deck. 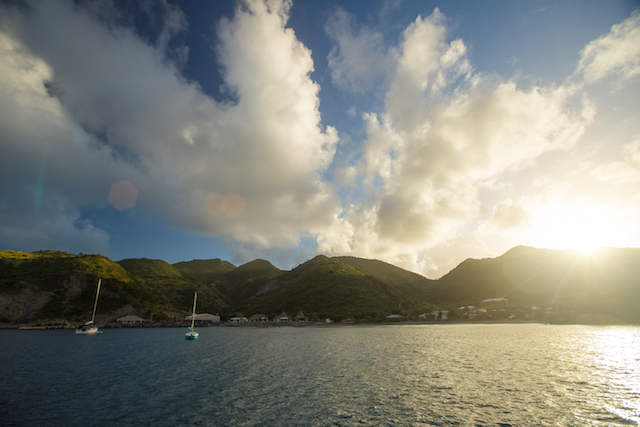 Montserrat is known as the Emerald Isle of the Caribbean for both the Irish heritage of many of its people and its geographical resemblance to coastal parts of the European nation. At only 39 square miles, the tiny island has 25 miles of beach, a number of rocky cliffs overlooking the ocean and two beautiful islets. Montserrat is an ideal place to hike, birdwatch, dive and spearfish. When it comes to hotels, the tranquil Olveston House is a great option. Having hosted musical idols like Eric Clapton, Elton John and Paul McCartney, their reputation precedes them. With only six guest rooms, the inn is quiet and rests on five acres of tropical garden with a view of the nearby Soufrière Hills Volcano. If you’re in search of good food, you should check out Pont’s Beach View and the Watermelon Cottage. The first is known around the island for its regular Sunday barbecues and live Irish band, while the latter is an intimate rainforest hide-away. Both serve typical Caribbean meals like steak, chicken, shrimp and vegetables, cooked in a number of savory spices. 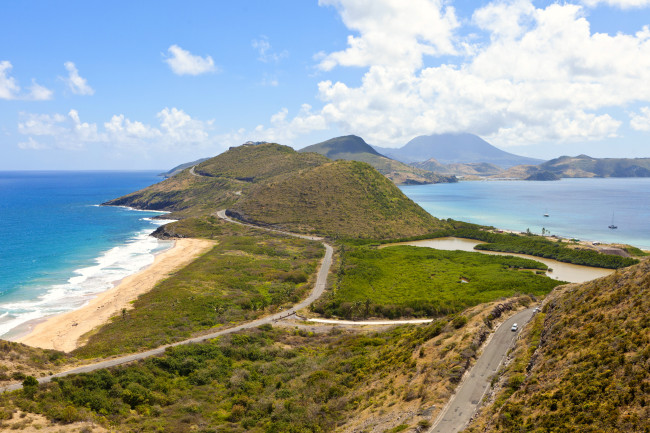 Another tiny island, Saint Kitts—or Saint Christopher Island, as it’s also known— is only 68 square miles, but has a population of nearly 46,000 people. While it boasts a population much larger than many others on the list—the number of its inhabitants don’t deter from its natural beauty and points of interest. A quarter of the island has been set aside as a National Park– a growing rainforest filled with exotic animal and plant life, and the waters surrounding the land are teeming with unspoiled dive sites, coral reefs and as many tropical fish as you can imagine. Whether you zipline or hike through the Valley of the Giants Rainforest, swim with dolphins or spend a relaxing day on the beach, there is no shortage of fun to be had. To cap off your Caribbean stay, the Belle Mont Farm at Kittitian Hill is an absolutely breathtaking boutique alternative to other typical hotels that dot the island. The inn is nestled on 400 acres of organic tropical farmland and the establishment consists of 84 guesthouses, 12 three to four-bedroom villas and 7 four-bedroom farmhouses. As for dining, the Reggae Beach Bar & Grill is a friendly spot specializing in fresh seafood, conch chowder, local BBQ dishes and tropical cocktails. If you catch them on a Friday night, you’ll be in for a treat as they have a weekly bonfire and Lobster Fest. 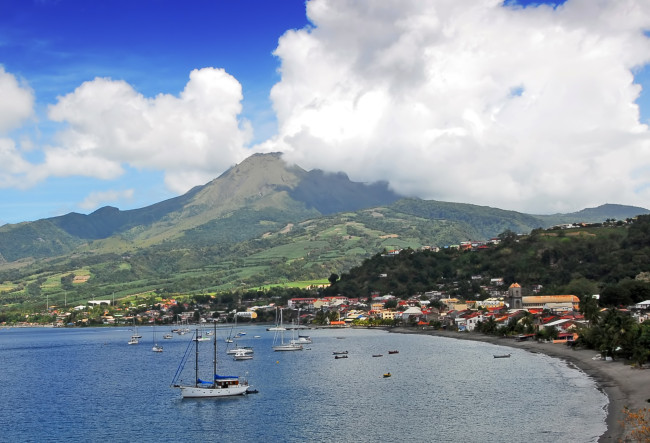 Part of the French Caribbean, Martinique’s European culture is widely noticeable in the local cuisine, language, crafts and general lifestyle. As for geography, the island is lush with tropical vegetation, and is made up of 425 miles of rolling hills, rugged mountains, rainforest, waterfalls and coastal bays. Many of the most popular activities in Martinique revolve around the clear blue waters, coral reefs and perfect white sand beaches of the island. You can try kite sailing, wind surfing or horseback riding on the beach if you’re feeling particularly outdoorsy, or you can explore the art and culture of the island by visiting the House Of Bélé or Le Grand Ballet de la Martinique to learn more about their customary dance, music and costume. For a good night’s sleep, you should stay at the Bakoua Hotel. The traditional West Indies-style hotel is actually a former colonial mansion transformed into a guest house and has spectacular views of the Fort-de-France bay. For a French-Caribbean gastronomical blend, you should venture to Le Mabouya which is known for its “cheeky” take on the two typical cuisines. Must tries include innovative dishes like papaya and grilled lobster, guava macaroons and passionfruit Crème Brûlée. 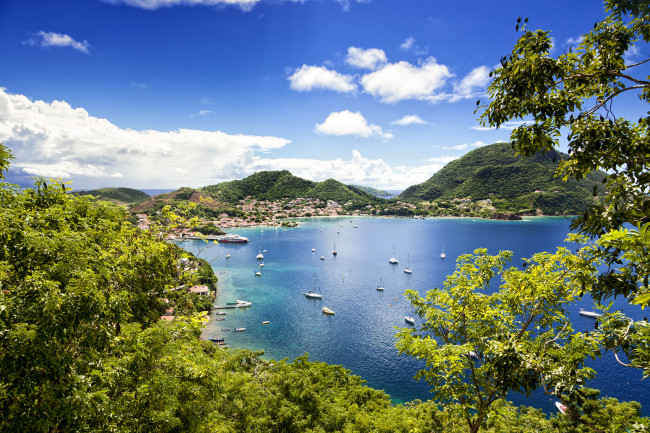 Guadeloupe, like Martinique, is very influenced by its French ancestry and the island is actually an overseas region of the country. Physically, the island is split into two main parts: Basse-Terre and Grande-Terre, which are divided by a narrow straight, but connected by bridges. If you’re an avid diver or interested in snorkeling, the Réserve Cousteau is a great place to check out. Brought to international attention by the Jacques Cousteau—he said it was one of the best diving spots in the world— the site is now protected as an underwater park. If you visit over the summer, August is the month of Fête des Cuisinières, an event in which women dress in Creole fashion and parade through the streets with baskets of food, on their way to the cathedral to be blessed. Otherwise, Guadeloupe is also a picturesque place to go hiking, swimming, kayaking or iguana watching. For a unique stay, you should look into the zen bamboo cottages of Tendacayou Ecolodge. There you can choose treetop lodges, waterfront houses, or Creole-style houses. For an authentic Creole dish you should make your way to Chez Jeanne: La Table Creole, but beware that Jeanne runs her kitchen on island time, so call ahead! 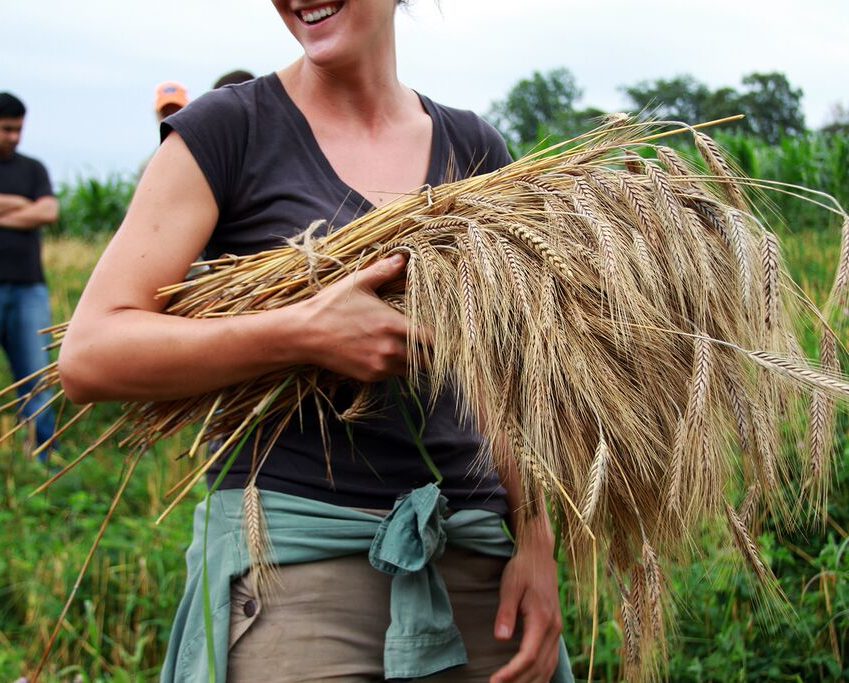