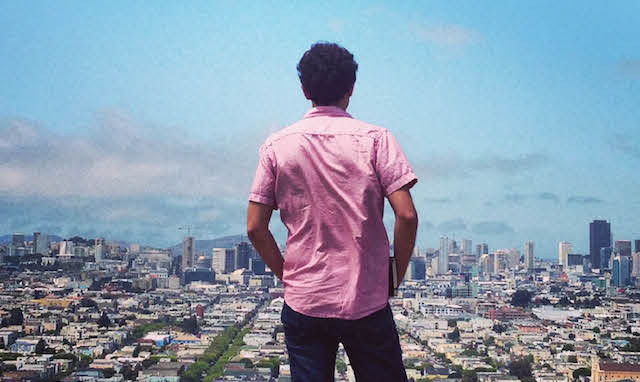 The Quarter-Life Breakthrough: A Book for Millennials in Search of Meaningful Work 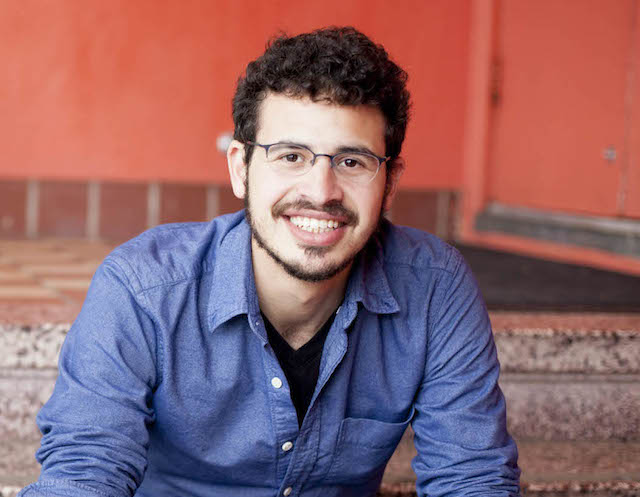 We caught up with Adam Smiley Poswolsky, the author of The Quarter-Life Breakthrough, a guide for millennials to find meaningful work.

Flash back to 2012. The clock strikes three in the morning and the room is dark, silent, and dormant, all except for the man lying awake in the middle of his bed. Although young—he’s not even thirty—he is used to the long nights, his aching body willing him to sleep but his restless mind refusing to comply. Despite the physical exhaustion, he mentally prepares himself to get up for work in a few hours. He repeats to himself what his parents and friends have said to him numerous times before: that he already has his life set with a stable job, promotion potential, a steady $70k income, and even health care and 401(k) benefits. He just has to get up and continue to work to keep all of it.

But it’s easier said than done when you’re that hopelessly miserable.

Adam Smiley Poswolsky, author of The Quarter-Life Breakthrough knows the feeling well—he was that very man with a seemingly perfect job that actually caused crippling insomnia and even, at one point, shingles. Two years ago, he was stuck in a rut, working a job that was perfect on paper, but invariably imperfect in practice simply because doing what he did at work was what he knew he did not want to do with the rest of his life. Being in that constrained position caused internal dissonance between what Smiley knew he wanted to do—to write—and what he felt obligated to do for the sake of societal pressures—to pursue the “American Dream”. This mindset is one that has been inculcated into the minds of every millennial growing up in the US: in order to be fulfilled, one must go to college, climb the career ladder, find a well-paying job, and eventually retire. But the reality is that a 70 percent majority of Americans feel unfulfilled in their jobs.

Smiley shares, “I think anyone graduating from college feels the pressure from society (and their parents) to pick one path. The truth is that there is not one answer, and the people who find meaningful work take risks and explore their numerous interests in order to find what’s fulfilling to them.”

To force himself out of his rut, Smiley took that risk of failure. In February 2012 he attended a social innovation fellowship program called StartingBloc, where he met people of a similar young age who were also trapped within the confines of mediocrity—of settling—but who were making conscious efforts to break free. The overwhelming support from his peers was ultimately what gave Smiley momentum to pursue his own ambitions: to move to San Francisco and write. From that venture came The Quarter-Life Breakthrough, the book for millennials written by a millennial.

Regarding his book Smiley remarks, “They say ‘write what you know.’ The inspiration for my book was my friends: the twenty-somethings and thirty-somethings I met over the past two years. I wanted to understand their motivations and how they defined meaningful work.”

This book is not a career guide from the perspective of a “70-year-old Harvard professor studying 20-somethings like lab rats”; this book is a solution from an actual millennial who can empathize with the tribulations of his peers. Smiley’s emphasis is on providing an honest, vulnerable example of a millennial who has struggled—who still struggles—but is figuring out how to make the world a more compassionate, innovative, and sustainable place by doing what is meaningful to him.

But what does “meaningful” even mean? 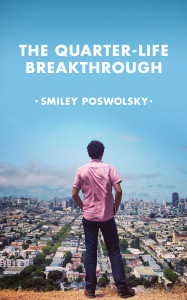 The term is deceivingly simple, merely ten letters on a page, yet its definition is undoubtedly nuanced, complex, and ever changing depending on the context of its usage. Smiley himself learned first-hand that “meaning” changes over time. He points out, “What’s meaningful for you at 22 is different than at 28, or 30.” From reading books on fulfilling work, browsing research done by leading organizations in the impact-driven career space, and talking to other millennials, Smiley drafted a framework for the definition of “meaningful work” inspired by his general findings: “Meaningful work provides personal meaning, reflecting who you are and what your interests are, allows you to share your gifts to help others, and is financially viable given your desired lifestyle.”

Of course, first defining meaningful work—asking yourself the complicated questions with equally complicated answers—then finding and maintaining it is a long, difficult process riddled with hardships.

He clarifies, “A lot of people hear my message and they think they should quit their job tomorrow. That’s unwise. Be strategic. Plan ahead. Start saving money. Start with a small, easily achievable baby step: if you want to start writing, start a blog. If you want to learn a new skill, sign up for an online class or read a book.”

Alternatively, Smiley recommends trying a new opportunity on the side. For example, starting a new business as a side project in addition to a current job will enable you to save money while testing the waters to see if you truly enjoy being an entrepreneur.

“The journey to find meaningful work takes time. Take the time to actually know what it is you’re looking for, and experiment by taking small mini-risks outside your comfort zone,” he explains. After all, you will never know the full scope of your interests unless you try new things.

However, Smiley acknowledges that even after discovering what it is you want to do with your life at the moment, it is inevitable that you will change—people change, whether they intend to or not. But change does not have to mean flitting from job to job, accommodating every little shift in interest. Smiley realistically quips, “No manager wants to hire someone who is going to bail in six months.”

The most obvious form of change comes in the field of technology. The speed of innovation changes the job market so quickly that people are forced to learn new skills and to have multiple careers. A helpful tip from Smiley to navigating the tumultuous job market is to accept and, importantly, to embrace being a life-long learner. He suggests constant self-reflection, asking yourself if you are engaged with your work and if your work allows you to make the impact that you are uniquely capable of making.

“If a job starts to get stale after two or three years, consider making a change within your organization,” Smiley says. “Or, if you’re really bored and want to jump to a new lily pad, go for it. Life is too short to spend time trying to ‘move up’ some career ladder that doesn’t even exist. It’s a far better use of your time to do work you actually care about.”

Smiley hopes The Quarter-Life Breakthrough will inspire his peers to find their own solutions to unsatisfying career problems. He highlights that everyone is different; everyone has unique financial and personal obligations.

“You have to balance money and meaning,” he stresses.

And that balance will shift along with your shifting priorities as you grow older and gain new responsibilities. Smiley offers an example, saying that right now, your priority might be paying off $30,000 in student debt, but several years from now your priority might become taking care of your kids. In both cases, work is very important, but balance shifts from one case to the next—which is perfectly okay.

“I think,” Smiley finalizes, “the key is to ask yourself: what matters most to you right now? Who are you living for? How much money do you actually need? Is it more important that you wake up every day doing work you care about or making an extra few thousand dollars? How can you do work that pays you well and is meaningful?”

Ultimately—and Smiley’s words resonate deeply—“no one looks back and says, ‘Well, I’m glad I wasted 20 years of my life doing something I hated so I could save up a few thousand dollars—this cruise is going to be totally worth it.’”

Amalissa Uytingco is a student at New York University currently pursuing Media, Culture, and Communications. Her penchant for reading at a young age has fostered her current passion for writing, particularly writing with vivid imagery that captures her own experiences and resurrects them in the imagination of the readers. Beyond believing in the transformative power of a good story, she harbors a deep love for food, whether that means eating, cooking, or baking. Especially because of the ever-changing scope of foods sold in the Taiwanese night markets she visited every summer growing up, Amalissa enjoys being adventurous, constantly trying new dishes (unless seafood is involved). In the future she aspires to travel both locally and globally in the hopes of learning, through experience, the value in stepping outside one’s comfort zone.