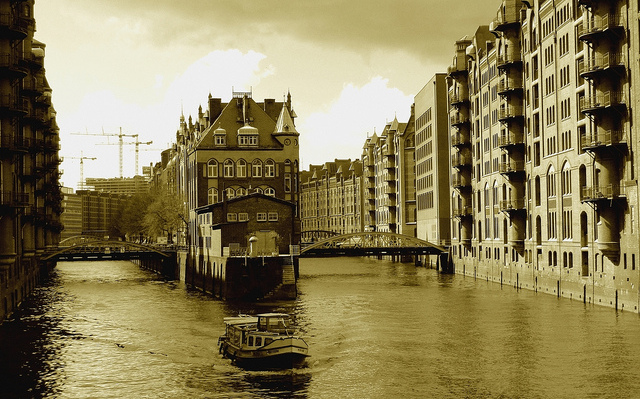 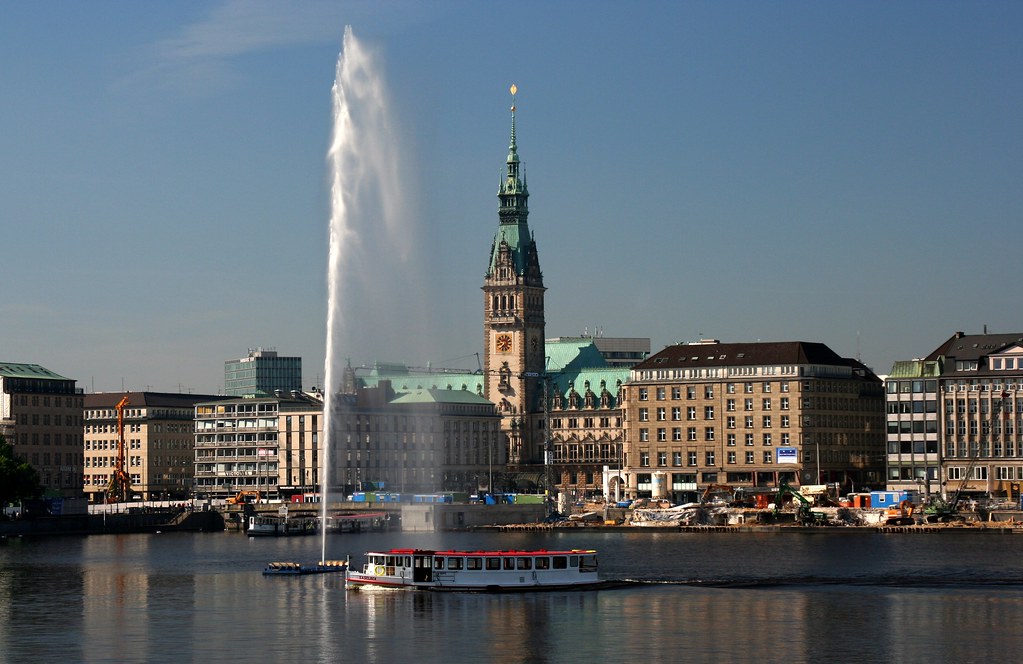 Hamburg is fast gaining a reputation as a socially and environmentally conscious city. When you visit you’ll quickly understand why it was named a European Green Capital in 2011. Electric trams, green taxis, hydrogen-powered buses, a popular bike-lending system, and even an old garbage dump that has been fitted with pipes to transport out methane gas for energy are just a few smaller initiatives the city has taken on. But the city’s environmental awareness is evident in large-scale urban planning too. One initiative is Europe’s largest land development project, HafenCity, a new mixed commercial, residential, and recreational district, which once was the industrial docklands. Another will see a green network cover 40 percent of the city to connect parks, recreational areas, gardens, and cemeteries, making it possible to explore the city exclusively by bike and foot. Easy to reach and easy to stay longer than you intended, here are some great nature-friendly things to do in Hamburg.

Stroll around HafenCity and see how the area is starting to take shape, with buildings like the impressive Elbphilharmonie Hamburg concert hall already under construction. Watch the ships on the harbour from the Landundgsbrücken (St-Pauli Landing Stages), a promenade where you can stop off at cafes and seafood restaurants along the way, or explore the Speicherstadt, a massive warehouse complex in the centre of the city which was once where spices, teas, coffees and carpets were traded from all corners of the globe. When you need a break from the busy city, head to the idyllic “Planten un Blomen” Park, to wander through the beautiful gardens, or sip a tea at the serene Japanese Garden Tea House. 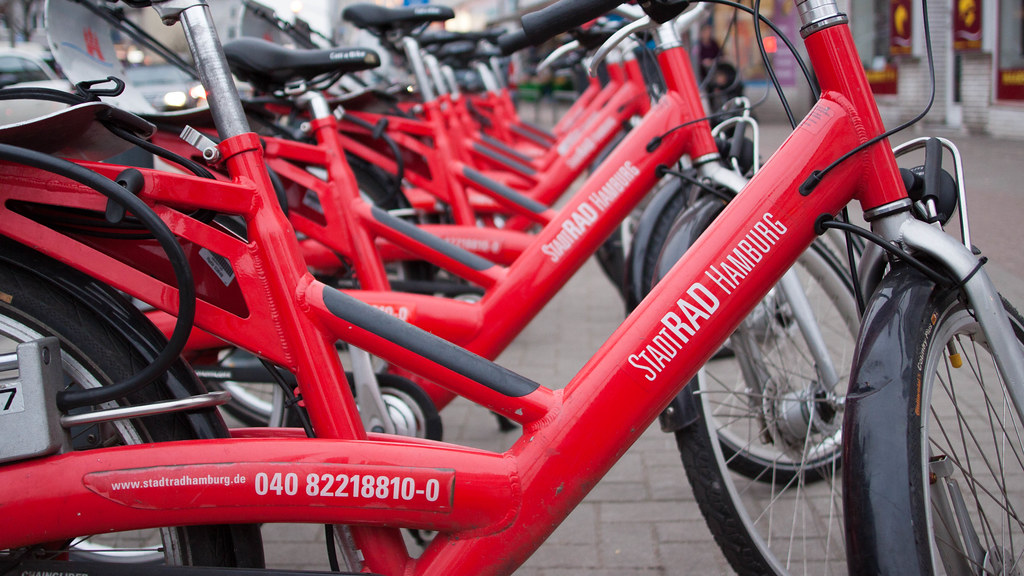 With its extensive cycle network, a great way to explore Hamburg is by renting a StadtRAD (city bike). The hugely successful bike rental programme started in 2009 and it’s now possible to pick up one of the 1000 bikes at over 70 pit stops throughout the city. Once you have registered, the bikes are free for the first half-hour and have a maximum per day charge of 12 Euro.

There’s a constant cry of gulls in the air in Hamburg, as the city is only a mere 100 kilometres from the North Sea. Sitting along the River Elbe and with a strong maritime tradition extending back to the Middle Ages, Hamburg is home to more bridges than Amsterdam, Venice, and London combined, remaining the second largest port in Europe to this day. To see the port up close you can opt to take a boat tour, or, alternatively, take ferry line 62 from Landungsbrücken, which, as part of the public transport system network, will only cost you around 2 Euros. The ferry trip will take you past the fish market, the waterfront, Elbe beach, and through Hamburg’s port. In the centre of the city, Lake Alster is a boating paradise. Rent a paddle boat, canoe or sailing dinghy, or take a steamer from Jungfernstieg on the Inner Alster to the quays on the Outer Alster. 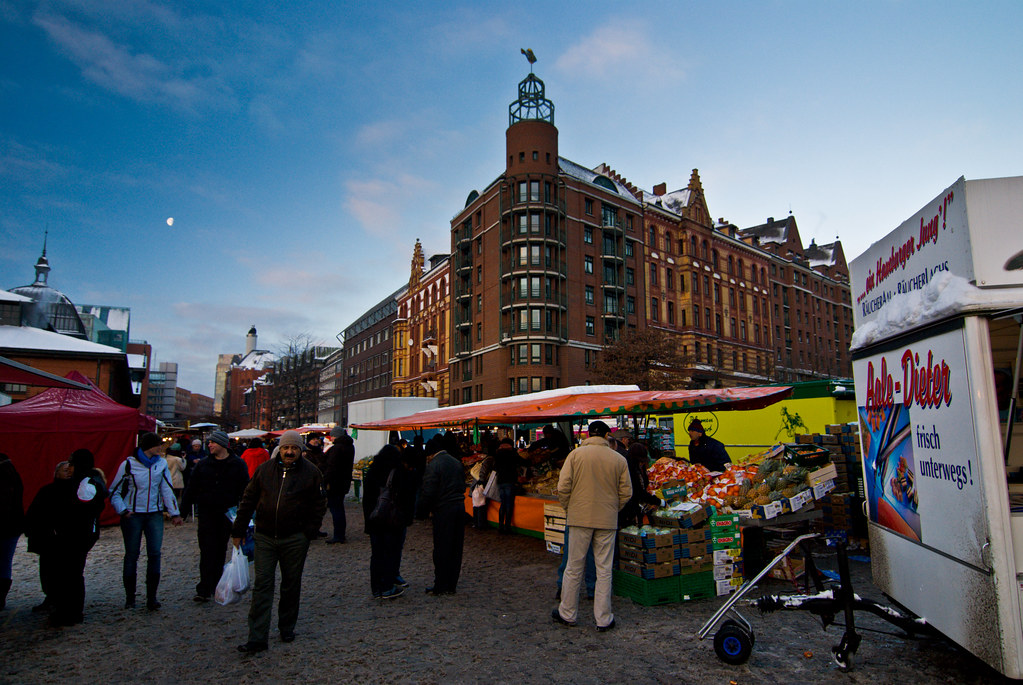 …or if that’s not your thing, at least enjoy the haul from the fishermen at the 300 year old Altona Fish Market. Rise early on Sunday morning (or stay up all Saturday night), as the market is open from 5 a.m. to approximately 10 a.m. You can buy fish right off the boat and grab breakfast at one of the many stalls selling local produce. And while it might not be your usual breakfast fare, you won’t want to pass up on a delicious fischbrötchen, a fresh fish roll.

Go to the Beach

The beaches along the Elbe river are the perfect place to relax at the end of a day of sightseeing. Have a barbeque, drink a local Astra beer and dig your toes into the sand while you watch the ships on the harbour. Leave by way of the nearby Elbchaussee, a beautiful street of historical 19th century villas overlooking the Elbe. 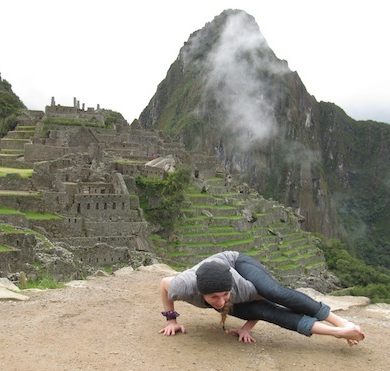