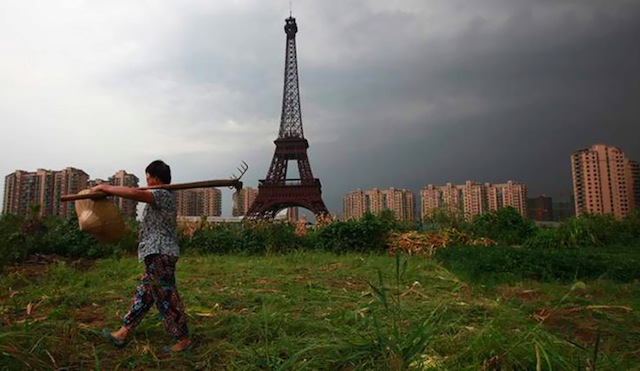 In China, it’s not necessary to jump on a plane to see the Eiffel Tower. Instead of  having to endure the long flight to Paris, China brought Paris to Tianducheng. However, their hopes of filling the city with 10,000 residents have fallen short, with only 2,000 inhabitants living there currently. While the counterfeit city makes for a lovely backdrop, Reuters photographer Aly Song shows that this city is missing a certain joie de vivre.

Only in China can you find pieces of Athens, Amsterdam, New York, London, Venice, and Washington, DC, all within the same national border. The country is littered with the romantic monuments and historic urban centers of world cities, re-created with great accuracy, if not craftsmanship. Thames Town outside of Shanghai conjures interwar Britain, with its array of (mock-) mock-Tudor houses, brick civic centers, and a neo-Gothic church. In Chongqing, a relatively crude copy of the Chrysler Building crowns the central business district.

And then there’s Tianducheng, a new town just outside of Hangzhou that’s prone to fog and grey skies. Ah, Paris! Through the haze you can see mansard roofs, Haussmannian boulevards, and the Champs-Ã‰lysées–though rendered as a large square. It all culminates, bien sur, in a 108-meter replica of the Eiffel Tower.

Paris in spring in China was a triumph for developers when completed. But new photos depict the duplicate city to be empty and conspicuously lacking the proverbial lights. Reuters photographer Aly Song recently visited the area and returned with images of the ghost town”….Continue Reading

When Cultural Traditions Neglect Morality, There are No Winners 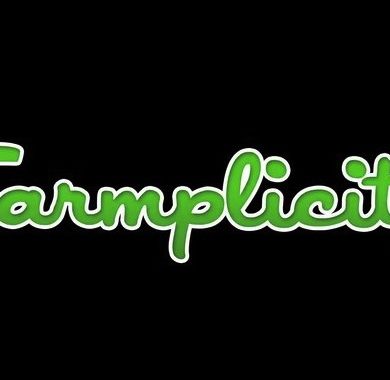