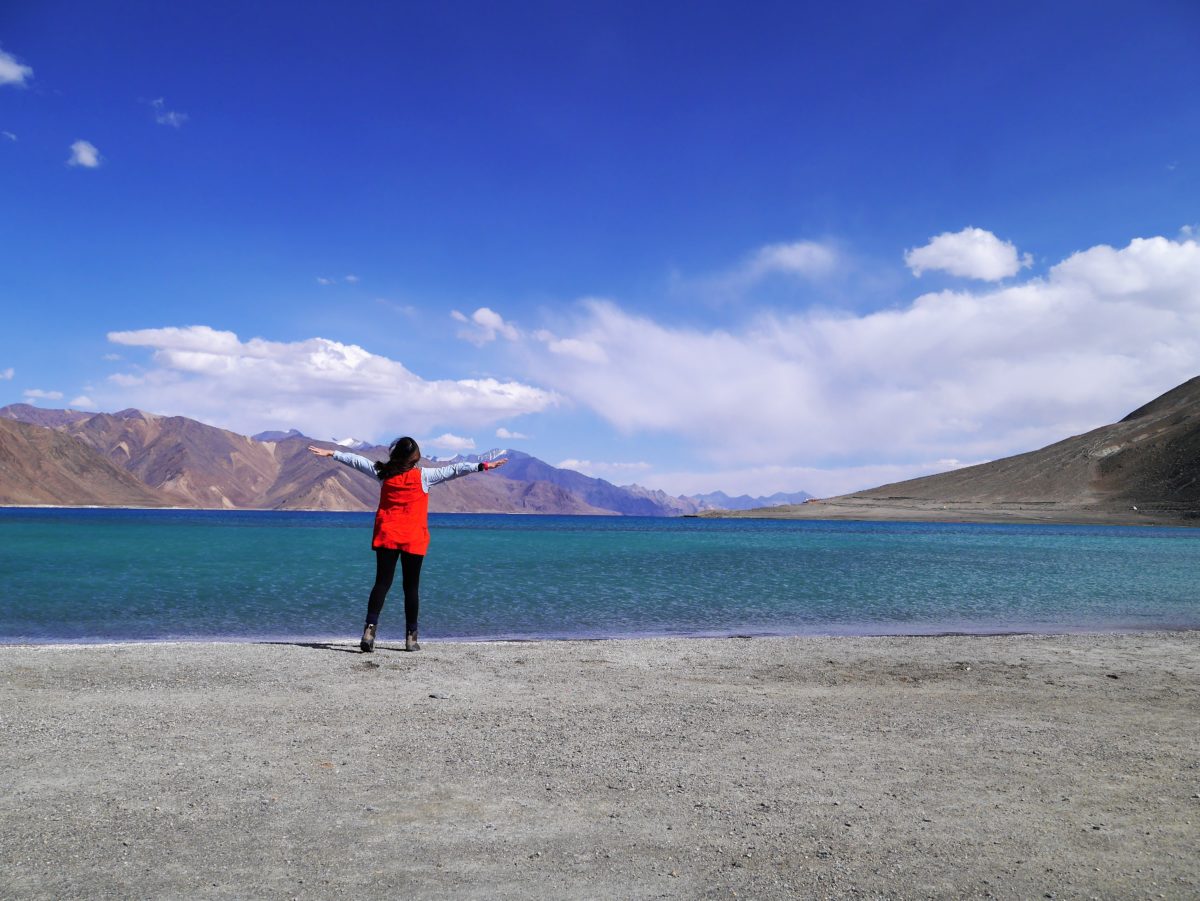 “Julleh!” greets our smiling bellboy as he leads the way to our temporary abode. We step inside, assessing the large bed dressed in velvety soft mink, jute carpeting and ensuite facilities. It looks like any ordinary room. Except the walls and ceiling are constructed from kitschy star-patterned canvas, the floor rises awkwardly where stones jut from beneath, and the so-called bathroom is missing a showerhead. If the wind outside blows any fiercer, our supposedly deluxe tent may no sooner be swept away like a broken raft in an angry ocean. By then we will really be sleeping under the stars. I shake my head, as if to disperse the negative thoughts and recall why we are here. I catch sight of the answer as my gaze shifts beyond the flimsy plastic flaps that serve as our door. Watery hues—azure, aquamarine and all the infinite nameless blues in between—twinkle playfully like a vivid lenticular painting in the afternoon light.

My partner and I have spent the last five hours meandering through tiny Himalayan villages, cutting across empty desertscapes and teetering along winding cliff-edge roads to this shimmering oasis that is the world’s highest saltwater lake. Lying at over 14,000 feet above sea level, the narrow endothermic strip of Pangong Tso snakes about 130 km from eastern Ladakh across the Sino-Indian line of control into Tibet. The first time I saw those brackish waters, sari-clad Karena Kapoor was charging towards Aamir Khan on a canary yellow Vespa in the Bollywood blockbuster “Three Idiots”. She confessed her love against a backdrop of barren mountains streaked in rich ochre and camel that now undulate endlessly before me. We strolled along the water’s edge trying to drink in the expansiveness, wondering which of the sandy hunchback giants in the far distance belong to the Chinese. The calmness was occasionally broken by sudden but brief biting gusts that stirred the gravelly shore and whipped fine bullets all around.

When the elements became too much to bear, K and I returned to our vehicle and continued eastwards along the southern banks. Just fifteen minutes later we rolled into a village where we had to stop. Being a military sensitive area, this was the furthest point along the lake that foreigners were permitted to explore. The most striking feature of Spangmik is its multiple clusters of green and white canvas lodging. Among them is a smattering of stone and mud houses where I imagine the hardiest of local villagers live out the brutal season nursing steaming mugs of butter tea. Right then it seems like tourists outnumber the local population in this remote village. However all that will change in less than two weeks when an eight month long winter takes over. Now even as we huddle inside our tent, my face feels raw and cold as marble. I step into the toilet and test the tap but it proffers only an icy stream.

“Please, how do I turn on the hot water?” I almost plead our slipper-wearing bellboy.

“No more hot water,” he replies matter-of-factly. “Tomorrow.” With a slight shrug, he leaves. 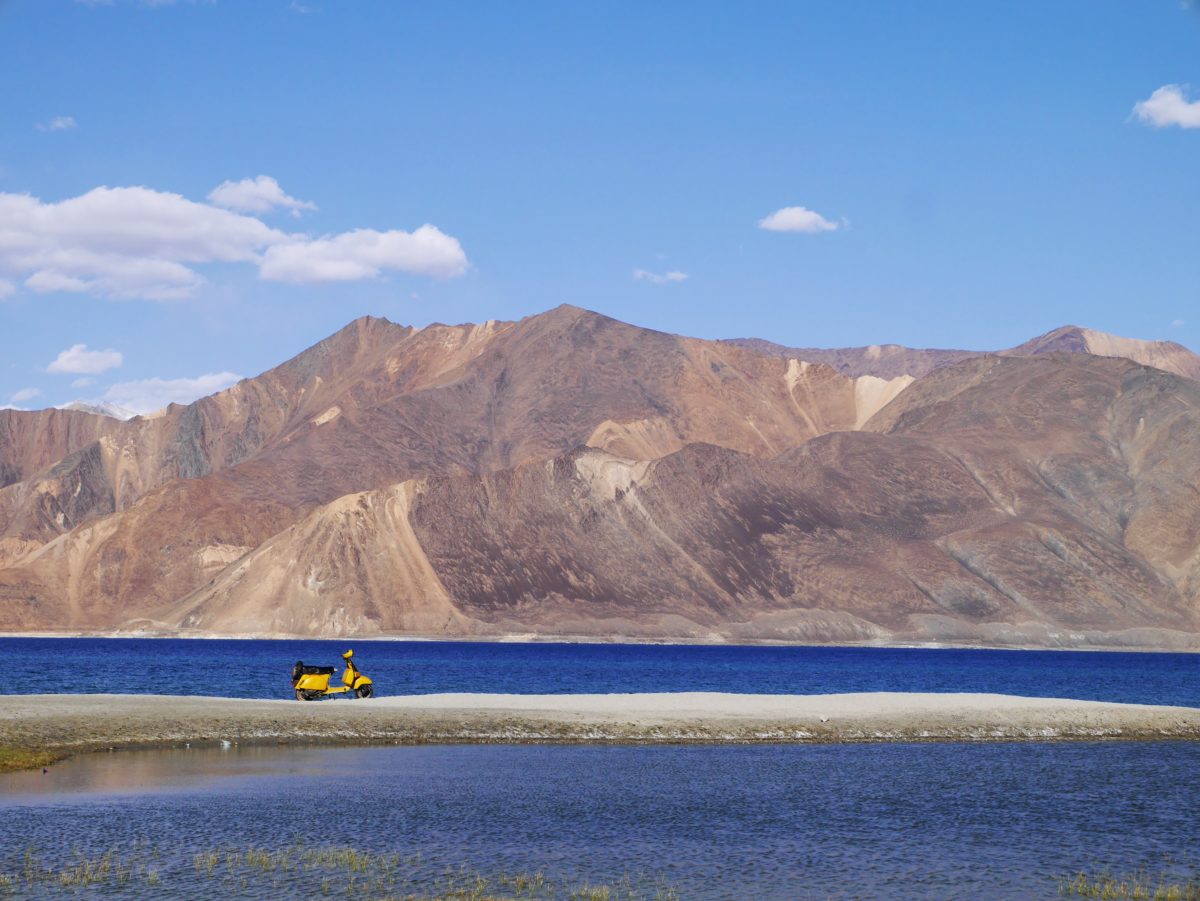 My mind assimilates the fact that there will be no warm bath this evening, an end-of-day ritual from a lifestyle I know better. We unpack our things and try to get comfortable. Out of habit I pull out my phone to check for updates but quickly notice the uncharacteristically empty signal bars. Wi-fi appears to be nonexistent. As evening approaches, the bare light bulb hanging limply above our bed flickers to life. Later we are told that our room’s sole light source functions only for four fixed hours each night. The world beyond our far-flung hamlet suddenly feels like light years away.

At about 7.30 p.m., we peel back the flaps of our heater-less accommodation and brace ourselves for the thirty odd steps to the dining hall. Overhead, the Milky Way trails like a brilliant wisp of smoke across the ink black heavens. We stand in the open cold for several moments distracted by the stunning star-spangled spectacle, until a most uncomfortable sensation suddenly punctures my reverie. Somewhere between my stomach and diaphragm I feel a fist-sized bubble push painfully against my insides. The discomfort propels me into the restaurant where I slump into the nearest available chair. Suspecting it may be a vicious bout of intestinal gas, I try belching repeatedly but to no avail. In the meantime, K makes a beeline for the buffet table and is soon digging in heartily. Between mouthfuls of rice, he urges me to eat. But the aromatic vegetable curries which I usually relish now seem as enticing as green-tinged gelatinous gloop. Though our last meal was almost eight hours ago, I barely manage several spoonfuls of warm soup before my tastebuds rebel. 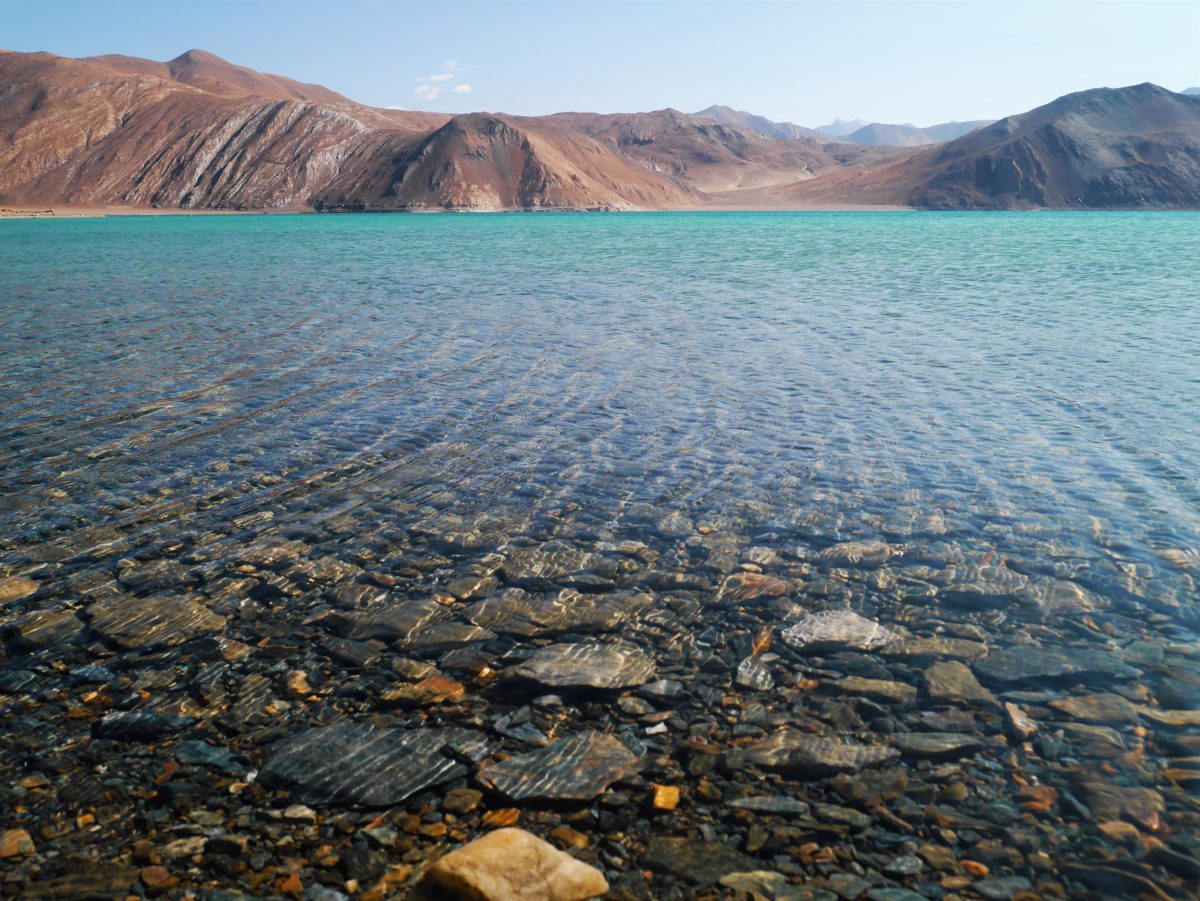 It is not long before we retire to our tent. Upbeat music and boisterous laughter float across the campsite. Our neighbours apparently have no problems acclimatizing and entertaining themselves in this brumal bleakness. The night is still young but I want nothing more than to retreat under the faux fur covers. Instead of washing up, we head to bed dressed for an Arctic expedition—three shirts, one down jacket, two pairs of thermal bottoms, thick gloves, long socks and day-old grime. I plaster a self-heating pack (one of those innovative Japanese drugstore must-buys) against my back for good measure. Tomorrow will be an early start for our long journey back to the main town of Leh. Shuttering my eyelids, I massage my abdomen and silently count nine restful hours to waking.

The first hour inches by slow as molasses on a freezing night. Alas, sleep eludes me. The relentless cold instills a bone-deep chill that sharpens all senses and denies any chance of being lulled into slumber. My shivering body balls up instinctively like a frightened fetus. But unlike the warm safety and assurance of a mother’s womb, our icebox-like den offers little comfort. By the third hour, the prolonged hunching leaves my shoulders and legs feeling sore and stiff.

Through it all, my strange stomach ache persists. Its mysterious origins fuel my anxiety. Could this be an adverse side effect of Diamox? Or worse still, is it possibly an onset of the infamous “delhi belly”? Having been gravely cautioned against drinking the tap water in India, we were extra careful the first few days—even going to the extent of rinsing our mouths with bottled water when brushing our teeth—but gradually grew complacent. Sometime during the fifth hour, I muster enough courage to unwind from my cocoon and fumble like a blind moth to the attached toilet. Given the less than ideal circumstances, our western-style commode is a huge relief compared to the traditional compost outhouses ubiquitous in India’s northernmost state. The more eco-friendly latter unfortunately involves traipsing into the chilly outdoors to a fetid claustrophobic shed where buttocks are bared alongside lurking creatures of the night (on one such occasion: busy field rats). Perched on the bowl, I listen to the canvas flaps outside beat like bird wings to the rhythm of a frantic wind. A baby’s hysterical bawl pierces the air from several tents away. Together they create an unlikely symphony, dark and dissonant not unlike the jumble of emotions welling up inside me. It soon becomes clear that the attempt to expel any toxic is an exercise in futility. My unpurged self ends up crawling back into bed before the seventh hour.

Fatigue and distress eventually gives way to shallow sleep, albeit one that is fraught with disturbing dreams. Beside me, K grunts something unintelligible as he tosses and turns in restlessness. He too is fighting his own battles. Whimpering, I pray fervently for daybreak. It is only in the ninth hour when temperatures become more bearable in the predawn that I finally sink into repose.

When we eventually crawl out of bed at 6.30 a.m., the sun—golden, glorious and completely oblivious to the past nine hours of misery—has already climbed above the mountains. K and I abandon our den to soak up the rays. Pangong lake is once again a striking turquoise vision, its tranquil waters glittering like scattered diamonds as they catch the light. The potholes beneath my feet glisten with melting ice, a fading testament of last night’s subfreezing temperatures. In this idyllic setting, I notice my unexplained stomach pain has vanished as mysteriously as it came.

Just then, a figure comes up the pathway lugging a large red pail. It is our bellboy, panting slightly as he plants the bucket at our feet. I watch in surprise as steam rises from the swishing surface and curls invitingly into the air. In the comforting morning glow of a brand new day, a hot bath now seems almost self-indulgent. Besides, there is a more pressing physiological need to take care of.

“No, thank you,” I say to our bellboy with an apologetic smile. Then I find myself once again leading the way to the dining hall. This time I cannot wait to eat.

About the author: Fueled by an appetite for adventure, Vania enjoys wandering off the beaten track to lesser known destinations. Although home is in the modern metropolis of Singapore, she is drawn towards wide natural spaces and enjoys quiet hiking in the mountains. She is also a part-time yoga teacher and occasional writer. Follow her stories @vingvanvoom.