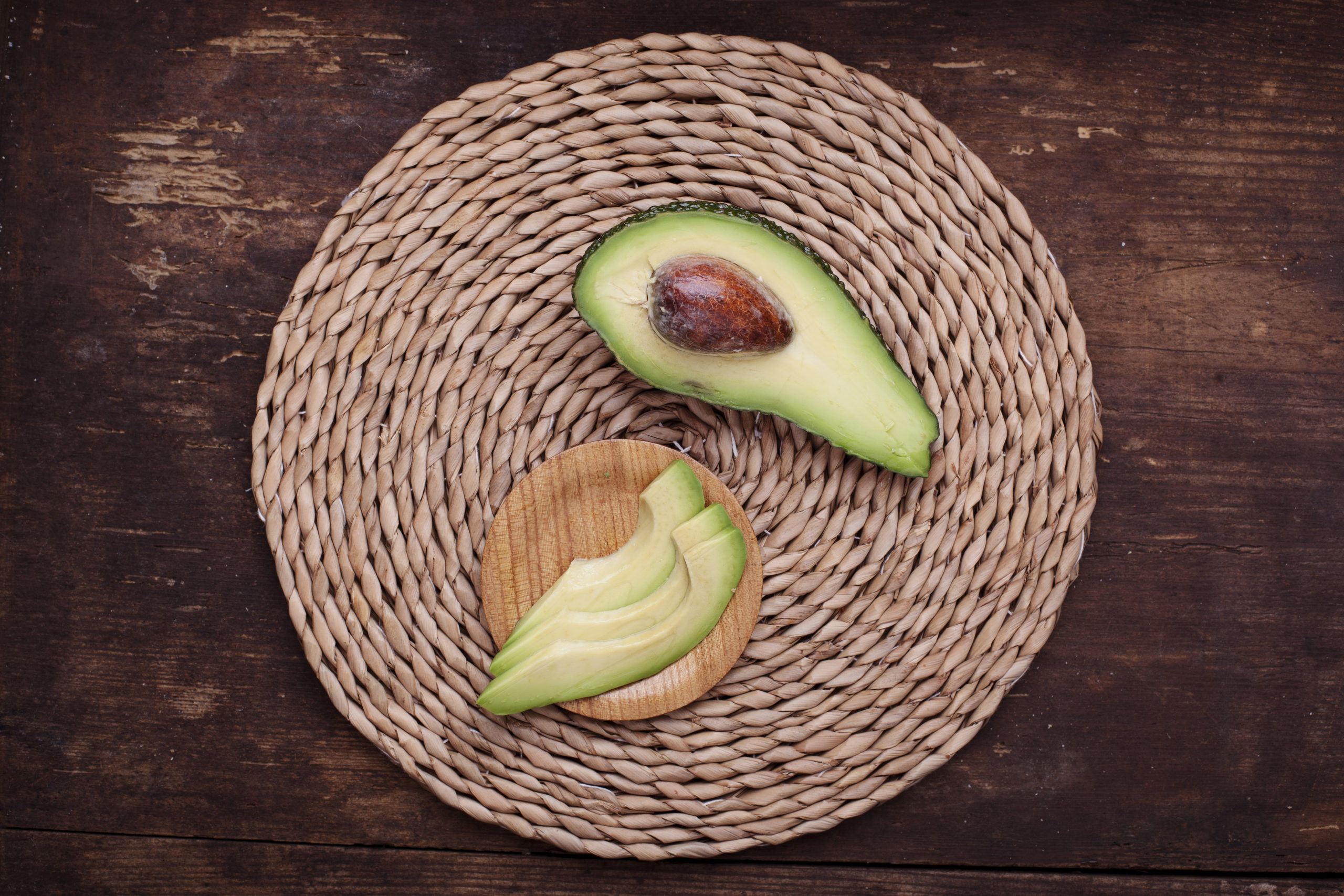 Food as Medicine: 3 Ways to Use Nutrients to Quell Anxiety

I’m a big worrier, and I always have been. I’ll probably never know why – but I do know that I’m definitely not alone. Anxiety isn’t unique to me or new, and more and more millennials seem to be feeling this kind of stress. In a 2014 survey by the American College Health Association, over half of students surveyed said that they had “felt overwhelming anxiety” in the past year. Tired of losing sleep and time while worrying excessively, I knew I wanted to make a change. I researched all the anxiety medications I’d heard of: Prozac, Zoloft, and Celexa. They all came with side effects I’d already negatively experienced with my own medications like disorientation and depression, and some even warned about slurred speech – not something I wanted to add to a life where I already felt overly stressed. Like most young women, I was already on medications for birth control, as well as others for everything from ADD to allergies. Desperately attempting to avoid adding another prescription to my morning routine, I sought a method I’d long forgotten about in order to feel better – food. Here’s how I made it work:

I increased my magnesium levels.

As soon as I read the research about magnesium-heavy foods producing calming effects, I got excited. Why? My all-time favorite foods such as avocados, yogurt and bananas topped the list, as well as tasty snacks like seeds, fish, and dark chocolate.

So how does eating avocado toast help my anxiety? All the foods I mentioned have significant levels of magnesium, which acts to regulate the stress response in our brains. This magnesium can stop the hippocampus from stimulating the ultimate release of stress hormones. Additionally, it can reduce the release of adrenaline-producing hormones like ACTH, and reduce your adrenal glands response to those hormones.  All of these actions help reduce symptoms of anxiety, like panic attacks which can involve intense fear and discomfort, sweating, and a racing heartbeat.

As soon as I truly committed to a specific plan of intaking these foods, my panic-prone tendencies were significantly tamer. I stopped spiraling over as many hypothetical worries and overall felt calmer. Increasing one’s magnesium levels can help reduce anxiety symptoms like these and even help to alleviate less common ones, such as depersonalization, tingling sensations, and numbness. Pack a banana in your lunch three times a week and watch what happens.

(Warning: I noticed these improvements at the two-week mark. It will take some time, and everyone is different – but wellness is important enough that it’s worth it.)

I cut down on amounts of sugar – here’s why.

Due to a classic American childhood full of Halloween candy overdoses, I’ve had plenty of experience with sugar. Every young person has likely been warned that their diet has too much unhealthy sugar, but the effects of this don’t stop at physical health. Unhealthy amounts of sugar can cause fatigue and difficulty thinking clearly, accentuating already present symptoms someone with anxiety may have, such as distorted thinking and panic.

Coming to terms with this, I realized my sugar intake was a problem but didn’t know how to make a major change to my college diet. I was taking a full course load and balancing multiple jobs – a lifestyle that doesn’t exactly make room for time to plan out and execute a big dietary change. However, I found an empowering way to make a first step: swapping out my go-to drink of soda for a different beverage.

Out of all the sugary products I digested, soda was the one with the least benefits. Yes, I had sweetened yogurt every morning, but it also contained protein. Yes, my apple was high in natural sugar, but it also contained beneficial natural caffeine. So, I chose to eliminate the one product that had virtually zero health benefits. As a habitual soda-drinker, this was tough but worth it. Within three weeks, I saw surprisingly significant results. When I did have an anxious moment, my emotions were less intense, and I was less subject to the inevitable energy plateaus that characterized my health while drinking soda. Now that I didn’t drink it, my energy levels were more stable and so was I. 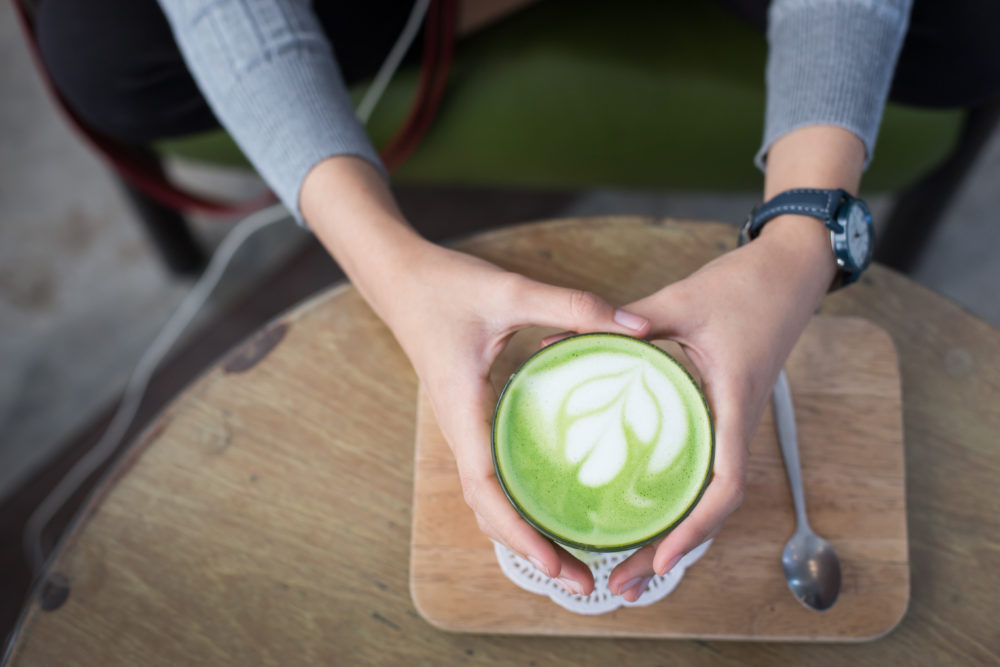 This method for reducing my anxiety was the easiest one to follow through with as a woman on the go. All I had to do was fill my thermos up with free hot water from my sink and pop in a packet of green tea before I headed to class.  I know what you might be thinking – doesn’t green tea have caffeine, which might make an anxious person’s symptoms worsen? Yes, it does, but hear me out. Green tea has an essential amino acid, L-theanine, that makes it helpful for people with anxiety. While the more authentic the better, general American green teas like Bigelow still have amounts (if smaller).

The L-theanine in question has been studied for its calming effects on the nervous system. It has been illustrated that consuming theanine-containing green tea stimulates the production of alpha waves, a type of brain wave emitted when a person is in a relaxed state.

There is also research showing that the L-theanine in green tea changes levels of mood-affecting neurotransmitters in our brains such as dopamine and serotonin.

After choosing to opt for a green tea instead of a caramel iced coffee every morning before class, the same effects took place that had happened after my reduction of sugar and increase of magnesium in my everyday diet. I was still myself – jumpy, excitable, and charismatic – but I had less invaluable turmoil over small things.

Just because something is normal in our culture, doesn’t mean that it’s what’s right for everyone.  I had first thought of trying food instead of a prescription as going out on a limb, but why? With no chance of scary side effects, attempting to change my diet to help my anxiety was actually my safest, cheapest bet. Reflecting on the benefits I reaped through trying food instead of a prescription, I believe this strategy had twofold benefits. The manifestations of my anxiety were way less intense, and I ended up eating healthier for my physical self. My anxiousness didn’t dissipate completely, but after trying these three tips, I definitely feel less anxious and more in control of my emotions. I’ll drink to that!

Kathleen Fatica is a freshman at DePaul University working towards a degree in Creative Writing and Public Relations. Before she joined The Culture-ist, Kathleen worked as an editor and writer for student newspapers at DePaul University including Her Campus DePaul and The DePaulia.  When she’s not busy writing or editing, Kathleen enjoys listening to female rappers and color coding her planner while she city-hops her way across the globe. You can find her on Twitter and Instagram at@kathleeen2102