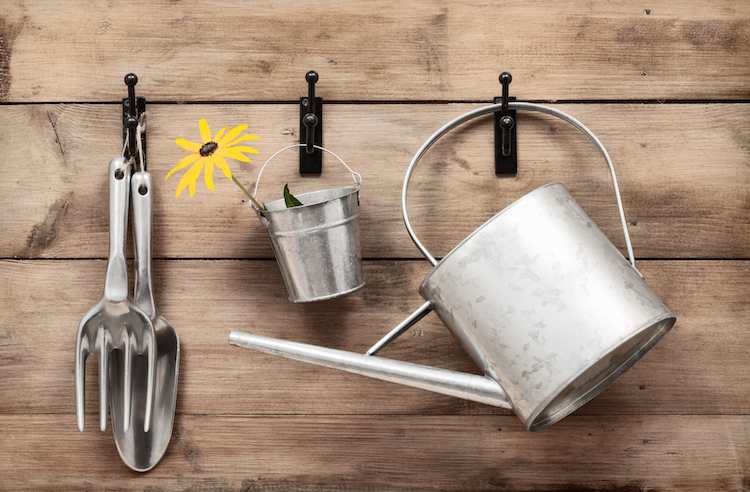 A Novice’s Comical Adventures in Gardening 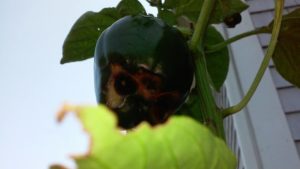 This year was a bad year for all my would-be plants. Shortly after New Year’s, I went out and bought about fifteen seed packets to start my very first garden. Being as I hail from a climate that no living thing should be able to thrive in, the idea of starting a garden from seed has always intoxicated me. All winter, I would close my eyes, picturing myself (fifteen pounds thinner) clipping herbs and picking cucumbers in some immaculate Grace-Kelly type dress. I had my step-daughter help me and naturally, we dumped half the contents of our packets into potting soil and set the containers on the windowsill, as you do (side note: don’t do this!) She even had me keep a daily chart of what was happening on the days she wasn’t here with us.

This was early March (a bit too early to start, but who knew?) and by April, I had nearly lost all hope that anything would sprout and grew weary of documenting yet another day of nothing in purple chalk. One day, in a fit of desperation, I drenched all of the pots on the windowsill. The next morning, my roommate told me she saw a little green peaking through. When I saw the first little lavender leaves peaking out, I felt as giddy as (I’m assuming) a new mother does. After that, things began going well. Next came the first leaves of tomatoes, bell peppers, basil, squash. My garden was falling into place. I noticed many different sprouts in each pot, and thought nothing of it until I began to research when to re-pot plants and learned that you should separate individual plants before transplanting and never place more than three seeds in one pellet. Damn.

I unfortunately got ahead of myself and separated the plants too early — killing over half of my plants in the process. I coddled the few survivors. Massachusetts was gradually thawing out, there was hope yet for my little garden that could. Then, one cold spring day, disaster struck: before setting out for the theater my husband opened the windows, letting the breeze in to air out the house from the ravages of winter. We returned home to a botanical Antietem— frost bitten saplings lay over each other, soil was strewn in weird patterns with shards of broken starter pots jutting out of them. I was crestfallen and abandoned all hope for a summer garden. The failed seedlings came to feel like some cosmic metaphor for the ensuing horror of 2014. Driving to work, I would see Tulips, shooting effortlessly out of yards. As the rest of the the perennials in our yard shrugged winter off, the thawing patch of grass where I would have started the raised garden glared at me like a black hole. I would drift off, picturing the staking of tomatoes being carried out all over the Cape and feel similarly pierced through to the core.

Around April, I lackadaisically planted a seed pod, expecting the same results and even managing, within a few weeks to forget what it was I’d even planted. Over the course of several months, to my shock, the plant began to grow— first leaves gave way to true leaves and eventually, little white flowers bloomed overnight. Then, the teensiest, tiniest bell pepper emerged and my old hope was revived, a new hope cropped up underneath it— what if I, like my solitary plant, was finally allowing myself to root to my strange new home of Cape Cod, where droves of wretchedly guarded people could still manage to create breathtaking gardens?

While researching how to properly care for bell peppers I discovered that there was such a magical thing as a fall garden. Ah ha! This would be my chance to redeem myself. Bolstered by the fact that I had finally managed not to kill a plant, I ran to the store and bought ten more seed packets: radishes, kale, spinach, parsley, thyme, cilantro, broccoli, cauliflower and beets. I did everything right, I bought a little greenhouse and started my seedlings (only three at a time) in my seed pots. I set them above my fridge so that the warmth could coax them into bud.

After ten days, I grew impatient and removed the greenhouse cover and self-watering pad and placed the seed pods in the sun for a few hours at a time. To date: I’ve killed one cauliflower sprout, another mystery sprout that I forgot to label and three sets of radish leaves attached to red, vein-like stems, alongside true leaves of a second cauliflower plant and the spinach, kale, broccoli, thyme, beets and parsley have started to poke their stems through the soil. Sadly, my little bell pepper has succumb to blossom end rot, but I’ve learned (by way of panicked gardening forum posts) that this is easily remedied by adding calcium to the soil— lime, epsom salt, crushed egg shells and tums work wonders for peppers and tomatoes too, as both are members of the nightshade family. Heavy rains can leech nutrients from your soil, so it’s always a good idea to give your soil a pepping up once a storm has cleared, or so “they” tell me.

If you’re interested in starting a fall garden, start one immediately in order to enjoy an October harvest.

Maybe gardening is a small thing, maybe it’s something kindergarteners can trump me at, but as an ex-Las Vegan, the little sprouts never fail to thrill me as I tend to them in the morning. In all likelihood, I face a success rate akin to spinal surgery in my epic quest to produce an edible plant. And yes, I may sound like a seventy-year-old, but, I can unabashedly say that in spite of all these mishaps, there’s nothing more fulfilling than waking up early, watering my plants and feeling one with the world in some crucial, mystifying way.

Stephanie Kasheta is a graduate of the University of Nevada Las Vegas, where she majored in English with an emphasis in Creative Writing. She is currently finishing up her MFA in Fiction at Emerson College in Boston. She is a Las Vegas native who recently relocated to Cape Cod with her husband, a veteran of the US Air Force an father to a seven-year old future writer named Olivia. She is an assistant/acquiring editor to Jacquelyn Mitchard at Merit Press and on Saturdays can be found blowing glass at the Sandwich Glass Museum. Follow her on Twitter