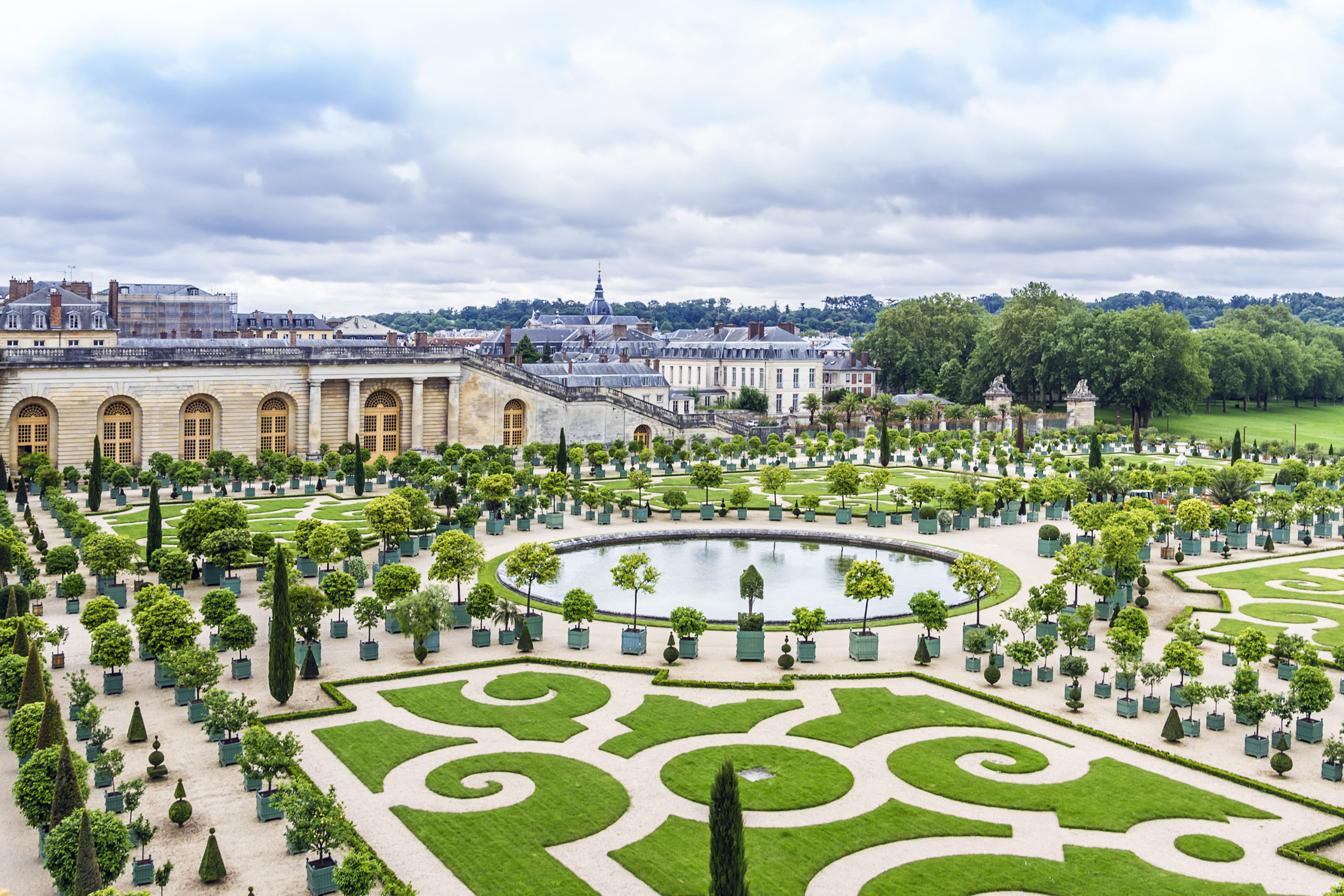 7 of the Best Botanical Gardens and Arboretums Around the World

If you’re sitting at home anxiously awaiting our winter weather to morph into sunny spring days, do yourself a favor and head start your season with a trip to a botanical garden or arboretum. And before you say flowers aren’t your thing—consider more unorthodox options like cactus gardens, Japanese gardens and lily ponds as we guarantee you’ll find your ideal retreat. 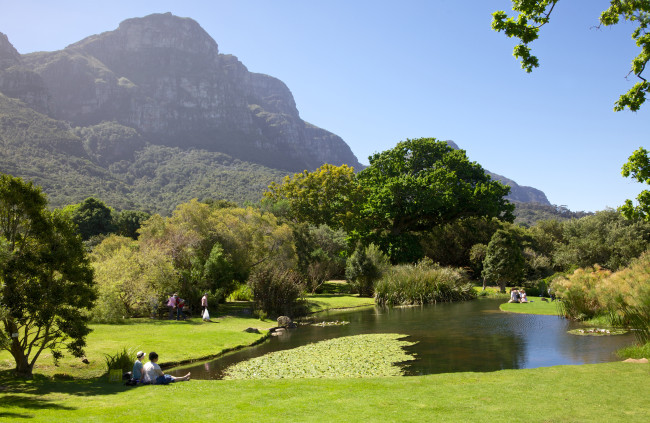 With almost 90 acres of garden, over 1300 acres of mountainside estate and grounds that flow seamlessly into Table Mountain National Park, the Kirstenbosch National Botanical Garden has one of the most magnificent settings of any garden. Known as the most beautiful garden in Africa, Kirstenbosch earned its title as it was the first garden in the world to devote itself to preserving the native flora and fauna of its country saying, “Our mission is to promote the sustainable use, conservation, appreciation and enjoyment of the exceptionally rich plant and animal life of South Africa, for the benefit of all people.” Established in 1913, the garden is now home to over 7,000 types of plants, some of which are rare and threatened species. Due to the rarity of many of their plants, the Botanical Society Conservatory, a custom built greenhouse, tends to the needs of garden’s arid plants which cannot survive outdoors. In 2004 Kirstenbosch was the first garden in the world to be named a UNESCO World Heritage Site along with the rest of the Cape Floristic Region. 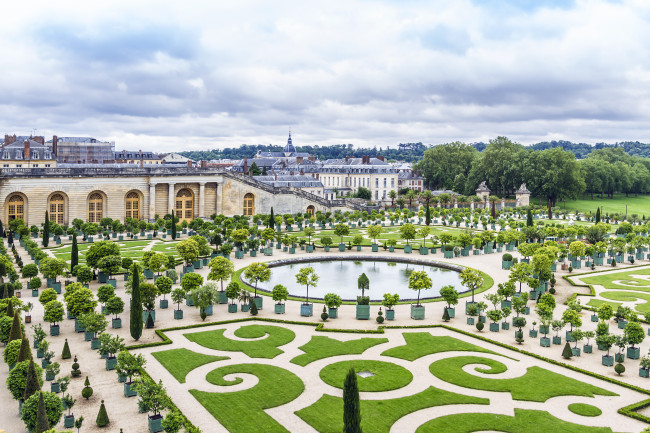 If you can picture, even at all, the stately, luxurious aesthetic of the Palace of Versailles, it should come as no surprise that the gardens are of equal magnitude. Acquired by Louis VIII in 1632, and designed by Andre Le Notre in 1661, the intricate grounds encompass just under 1980 acres of land and are manicured to perfection in the French garden style. The garden is made up of 20,000 trees, 210,000 flowers which are planted annually, 50 fountains, 620 water jets, a number of bronze statues and a canal. Throughout French reign, the garden has been kept up just as well as the royal palace itself. Aside from the meticulous shrubbery and patterned gardens, you can also venture out into the serene woodland areas that surround the grounds. The Garden of Versailles was also named a UNESCO World Heritage Site in 1979. 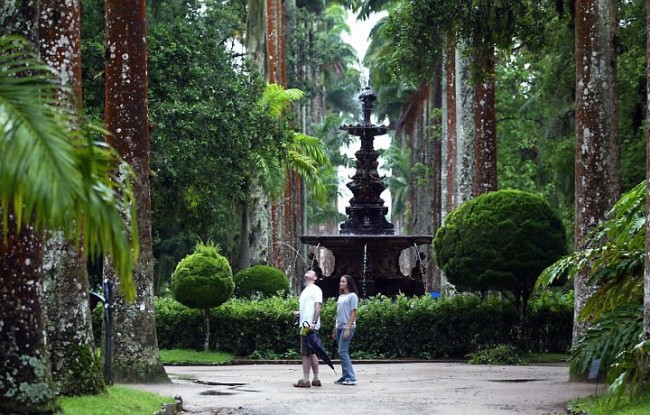 Just like the Kirstenbosch gardens of Cape Town, the Rio de Janeiro Botanical Garden boasts its own impressive view: the Corcovado Mountain and Christ the Redeemer statue. The gardens were designated a biosphere reserve by UNESCO in 1992 and today, you can see over 6,500 types of indigenous and international plant species, 900 of which are palm tree varieties. Founded in 1808 by John VI of Portugal, the garden is composed of 133 acres of garden and 321 acres of park in the Jardim Botanico district of Rio de Janeiro. On the grounds you’ll also likely see an array of animals roaming around including; turtles, toucans, monitor lizards, Capuchin monkeys and marmosets. If you’re interested in learning more about the flora and fauna, you can visit the on-site research center which possesses 32,000 volumes of specialty botany books. However you decide to split up your time, be sure to explore the various greenhouses, sculptures, fountains, the Japanese garden and lily pond. 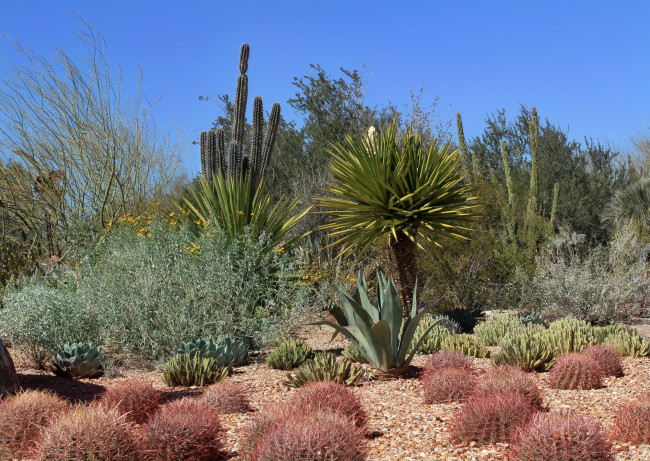 The Desert Botanical Garden in Phoenix is run by 104 staff members and 1,140 volunteers. It was volunteers—specifically the Arizona Cactus and Native Flora Society— who first brought the garden to life in 1937 and they still continue to work side by side with the staff in order to make sure that the garden remains committed to the local community, research, exhibition and conservation of desert vegetation and delivering authentic cultural and historical knowledge. The garden has more than 50,000 different plant displays across 140 acres (with an additional 55 acres in development) as well as butterfly, caterpillar, art, and music exhibitions and showcases. You can attend their music in the garden spring concert series, go to a tequila tasting, purchase succulents and cacti at their annual sale or enjoy a seasonal meal— their schedule is filled to the brim with spring fun. 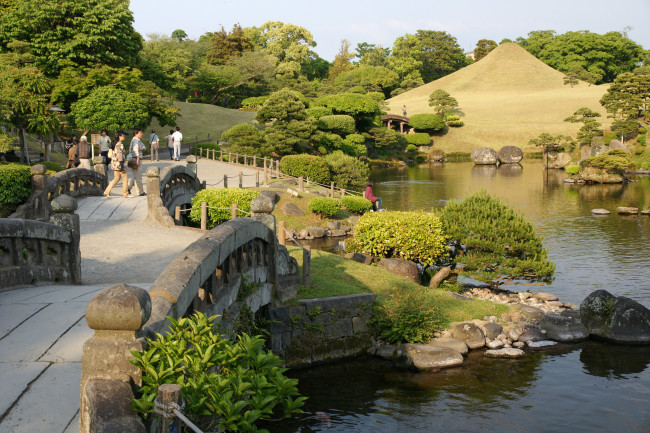 If you’re looking for something a little different, the Suizen-ji Joju-en garden might be the answer. Built in 1636 as a tea retreat for Lord Hosokawa Tadatoshi, the park is known for its shrine to the Hosokawa family and its miniature artificial renderings of Mount Fuji and Lake Biwa. Declared a national historic site by the Japanese government, the park was built on a spring-fed pond, one of many ponds throughout the garden which contain multicolored carp. The garden is lined with cherry and maple trees and paths are linked by small stone bridges which cross over the small ponds. After strolling through the garden, you’re welcome to try some traditional Japanese sweets and tea on the veranda of the remaining tea house in order to sit back and soak in the scenery.

Get Cultured: Florence – A Celebration of the City’s Art, Food, Music and Dreamy Culture 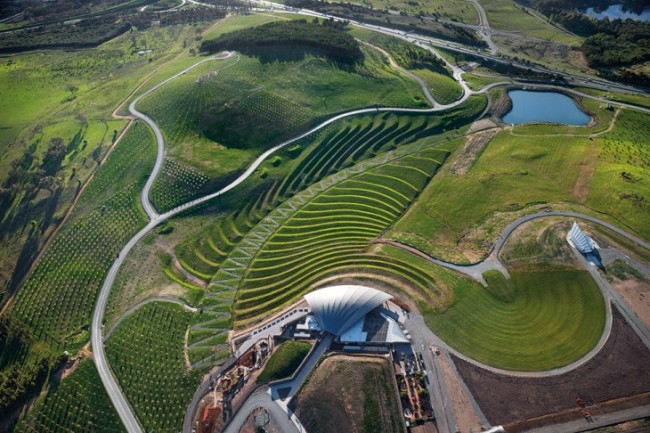 The National Arboretum Canberra is located just outside of the city on the western end of Lake Burley Griffin and is new to the arboretum community. Opened in February of 2013, the young garden is already making waves with their contributions to tree protection and their generation of adaptation and survival research. With one of the world’s largest collections of endangered and rare trees as well as an impressive Bonsai and Penjing collection, they recommend that you have 3 to 4 hours to explore. The grounds are dotted with cycling and walking trails and a nature-themed playground, and recently won first place for landscape at the World Architecture Festival. The arboretum offers educational workshops for all ages on sustainability and environmental education, ecology and conservation, geography, horticulture, and arboriculture. If you want to make a day of it, you can sit for lunch at one of their two cafes and take in panoramic views of the surrounding native and international trees as well as the lake. 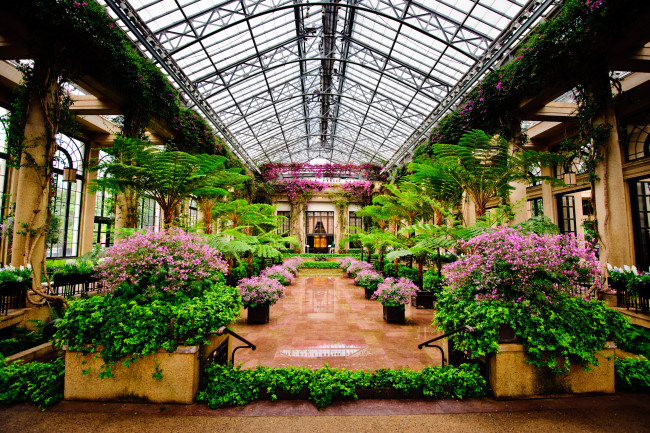 Before being transformed into a public garden in 1906 by Pierre S. du Pont, the land on which the Longwood Gardens sits belonged to the Lenni Lenape tribe and then Quaker farmers. With an annual budget of $50 million and a staff of 1,400 employees, volunteers and students, the garden is constantly refreshing its look and updating the grounds based on what visitors are looking to see. Right now they feature an orchid house, 86 acres of meadow garden, and the Orangery— a greenhouse dedicated to diverse vegetation with bright colors and scents. If you can’t make it this spring, the holiday season may be the next best time to visit. The garden is perhaps most well known for their Christmas display which runs from late November to mid January. The celebration is commemorated with 40 miles of twinkling lights, 80 Christmas trees, colorful fountain shows and live musical performances. 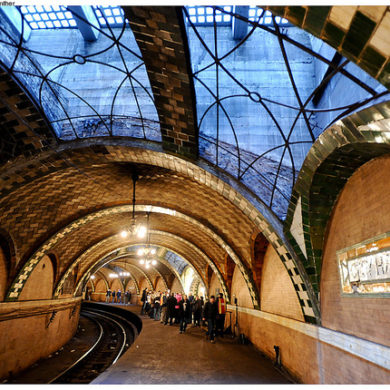