Insight: Taking a (Sound) Bath in the Mojave

Everywhere I looked there were rocks. Infant rocks protected by crib craters. Pregnant rocks. Rocks, which could only have been put in that position by the hand of God. Ubiquitous greys like whispers: ancient shades that felt otherworldly.

We could have been on the moon.

But we weren’t. We were in Landers, California, a rock rash 97 miles outside Los Angeles. My sister Alicia and I were on our way to metaphorically scrub ourselves clean by taking a crystal sound bath at the Integratron: an all-wood parabolic construction designed as a paean to cell renewal. I was eager to worship it.

Up close it was a lot smaller than I had anticipated but still dazzling and white like a levitating deity or more realistically, a hovering spacecraft.

Inside, we proceeded – along with eight others – to clamber up a ladder into the rotunda: The geometric beams above radiated like the skeleton of a proud parasol. My eyes followed the curve of the wood until they were sailing though each of the perfectly spaced windows bordering the room – all of them framing the same milieu: giant popcorn like boulders, the afternoon sun painting their sullen faces with hues of ripening nectarines. 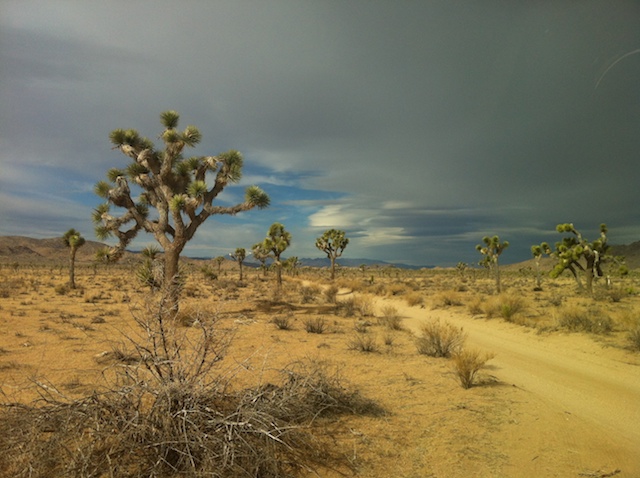 One assertive bather in a tie-dyed t-shirt broke my gaze by tiptoeing towards one of the cushioned mat beds laid out on the floor. We followed suit, picking the two closest to the bowls. I wanted to make sure the compositions rippled through my body. I shamefully wanted value for money.

Then Steven – a more clubbable than Zen quartz master – entered. He explained to us the healing properties of each of the seven bowls’ frequencies, pointing out that being espoused to the transcendental acoustics of the chamber could fine-tune our bodies ‘chakras’. Steven’s slightly spurious intonations unfortunately dampened my enthusiasm and had me – for the first time – questioning whether this was a placebo playground.

But I couldn’t seem to tune out. And if it wasn’t someone itching his chest through a stiff cotton shirt it was the squelch of a flip-flop against the lacquered floor. The crystal hum did, though, anesthetize my muscles so all I could feel were my organs tickled by the vibrations  – an unusual sensation, considering I only ever acknowledge my innards when in pain, or, painfully in lust.

Back outside, the air was oven-hot. The resident voice inside my head had shut up for a moment and I presume, decided to slink onto a hammock in the sheltered sand pit oasis a few steps away. 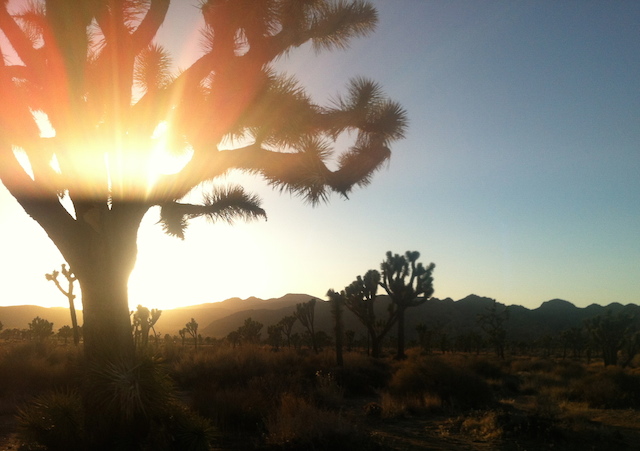 And so, with a moment of clarity, I couldn’t help but recognise that although the sound bath was an obvious tension tonic it was the journey itself that really licked our beings clean – pore dribbling skin, a tinny Chrysler convertible rattling hesitancies as it pounded over cavities and past tufts of stunted shrubs conjugated like worshippers under shamanic Joshua trees. Sparkling coruscations broken by dust whipped splutters and itching cactus needle jabbed limbs. We were stinging and alive.

And maybe the destination itself – meditating to quartz arrangements in an upside down ark, intensified by an electromagnetic vortex at an extra-terrestrial junction somewhere in the Mojave – is just, well, great conversation capital. 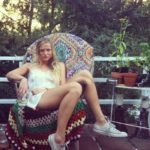 Amelia Rynkowska is a London born writer and photographer who obtained her degree in International Relations before pursing a career in fashion journalism. Her spontaneity saw her migrate to Los Angeles where she is now based and focuses on writing about sustainability, holistic living, travel and lifestyle. Her interests include health conscious culinary experimentation, poetry and film photography. Follow her on instagram: AmeliaRynkowska for more ethereal Californian imagery or www.spottedbylocals.com/losangeles for bite sized reviews of local gems. 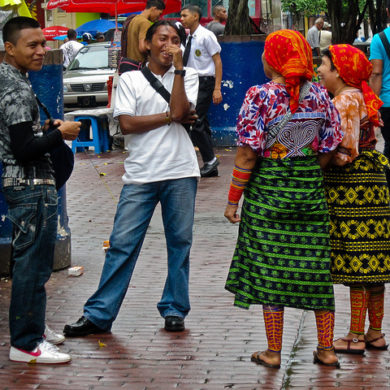