If you walked around Santa Monica Boulevard in West Hollywood between September and November this past year, you might have noticed a certain public art installation among the rows of eclectic businesses flanking the thoroughfare. Printed on a large chalkboard wall the phrase “Before I die…” is followed by many colorful, passionate responses drawn in by passersby.

“Before I Die” is an interactive public art project created by Candy Chang, an artist with a background in design and urban planning. To cope with the loss of a loved one, Chang built the first “Before I Die” wall on an abandoned house in New Orleans in February 2011. It lasted until October of that same year. But since then, more than 400 walls have been erected worldwide in over 60 countries and 25 languages, inviting people everywhere to share the hopes and dreams they want to realize before dying.

The walls’ public existence offers an interesting mix of responses. There is a fusion of crude and humorous comments with just as many thoughtful, deeply personal aspirations.

According to the “Before I Die” website, the walls are a public space for contemplation. Even the installation itself emphasizes the transience of life that it causes visitors to ponder. At most, the walls remain up for one month before being taken down, but new ones pop up elsewhere every month.

Anyone can purchase a “Before I Die” toolkit to erect a wall in their own neighborhood, but the website also provides free resources and template files for stencils. Ultimately, the wall is a project taken on by the entire community. Participants have to get permission from property owners and others who live and work near the wall’s anticipated location. People are also encouraged to create the walls for large events or in areas that receive a lot of foot traffic. For example, Banner Casting Ltd. built its wall in the midst of the Sziget Festival in 2012, one of the biggest music festivals in Europe.

The walls are documented on “mini-sites” that can be accessed through the “Before I Die” website. They include pictures of each wall’s progress and list when each one was “born” and when it “died”. Some photos show passersby contemplating people’s aspirations or helping their friends reach an untouched corner of an already colorful board. Every mini-site shows how the walls bring people together to help one another make sense of their lives.

There are a wide variety of reasons why people or organizations have installed “Before I Die” walls in their local neighborhoods. A group of friends explained that they wanted to better connect with their community through the project. “In our city where people are mindful of each other’s privacy, we very often keep to ourselves,” they explain on their mini-site. “This project has offered us a great opportunity to get to know the people around us better, to give us a chance to open up and share some of our dreams.”

The public art installation first gained widespread fame through social media, but a celebration of “Before I Die” has now become available in book format. Published by St. Martin’s Press this past year, Before I Die, The Book consists of intimate portraits that permanently capture responses from around the world.

Chang has channeled her passion for making public spaces into places for contemplation in many other projects aside from “Before I Die”. Her newer endeavors include The Philosopher’s Library, a space meant to serve as a safe haven for confused, anxious, and worn-out people. The walls, however, are a project that will be bringing communities together for a while. 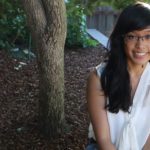