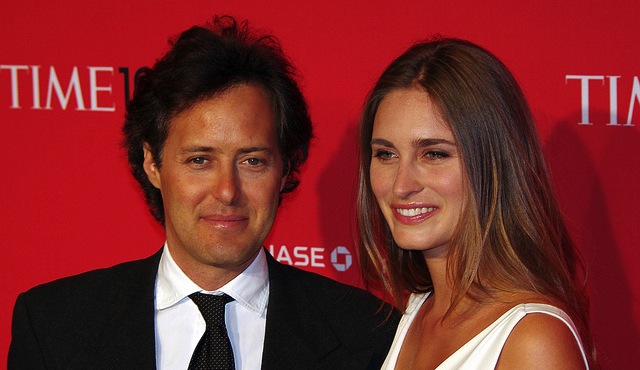 Social entrepreneur Lauren Bush Lauren started a company called Feed, which helps support school lunches in developing countries. One tote bag feeds one child during the school year. To date, the company, which was founded in 2007, has been able to provide over 60 million meals.

Lauren Bush Lauren says that she’s been influenced by her family’s interest in public service. That’s because the Bush in her name is the Bush family (the second Lauren is from her husband, Ralph Lauren scion David Lauren). But instead of taking the route that led her uncle and grandfather to the White House, Lauren became a social entrepreneur.

The company she started, Feed, sells tote bags and other apparel and then gives the money to help fund school lunches in the developing world, often the only meal they’ll eat a day. Available in places like Target and Whole Foods, the bags have taken off, as more and more people look to tie their purchases to meaningful action. As Lauren says about the genesis of the business model: “Why not build in the cost to feed a child in school for a year into a single bag and allow people to participate.””…Continue Reading

12 Things Every Millennial Should Own