Could the Shanghai Tower be Laying the Foundation for Urban Sustainable Buildings? 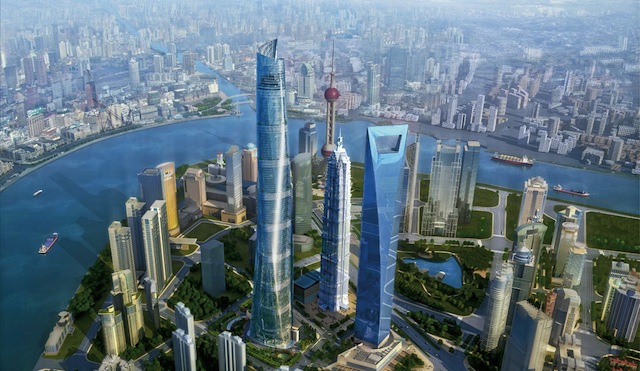 With plans to rise just over 2,000 feet above the ground, the Shanghai Tower will make good use of its space, dedicating one-third of the building to parks and gardens open to the public. Soon to be the world’s second tallest building, this vertical city hopes to change the way people think about urban sustainability. “You could have an entire city of sustainable buildings and not have a sustainable city,” says Dan Winey, the leader of Gensler’s Asia region.

The second tallest building in the world is more like a vertical city than a building. Think of it like this: the 632-meter tall Shanghai Tower is a bustling mixed-use metropolis with more green space (and even more people) than many cities on the ground can boast of having.

The statistics on the building, which ranks only behind Dubai’s Burj Khalifa in height, are staggering: 521,000 meters squared of floor space, 106 elevators, a weight of 1,200 metric tons, the ability to hold 30,000 people (it really is like a small city), and the kicker–one-third of the building is dedicated entirely to green space.

“Our client essentially is the government,” says Dan Winey, who leads Gensler’s Asia region (Gensler designed the building, which just held its topping-out ceremony this month). The government is looking for a symbol of the emergence of China, the development of Shanghai as a major financial center. If you look at the history of Shanghai, it’s a city of parks.””…Continue Reading