18 Changemakers that are Developing Solutions for the Population Crisis 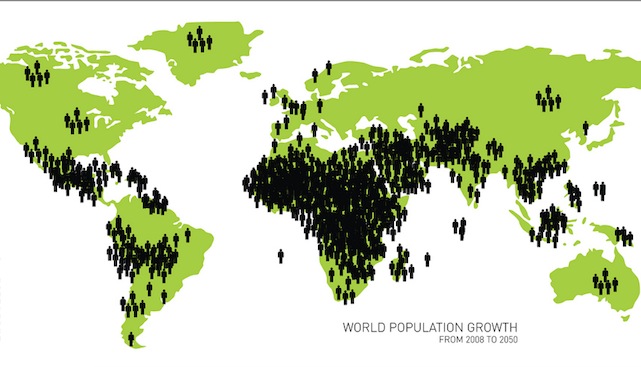 The United Nations estimates that global population will swell to 9 billion by the year 2050. Most of this growth will occur in urban areas and emerging economies in Asia, Latin America, and sub-Saharan Africa. Cities such as Delhi, India; Sao Paolo, Brazil; and Lagos, Nigeria will become the largest in the world, while rural areas will lose inhabitants.

At least one billion people around the world do not get enough to eat. A nearly equal amount ““ 1.4 billion ““ are overweight, and can suffer from various health problems such as diabetes, high blood pressure, and heart disease. And more than 200 million women across the globe have an unmet need for contraception, keeping them from planning how many children they want to have and when. In addition, women farmers often lack access to land, credit, and education making it harder for them to provide for their families. The U.N. Food and Agriculture Organization estimates that if women had the same access to these services as men, global malnutrition could be reduced by 12 to 17 percent.

But committed groups around the world are highlighting the connections between population growth, gender, reproductive health, agricultural production, and environmental sustainability and the need for integrated, holistic approaches to nourish both people and the planet.

The 18 individuals and organizations below (in alphabetical order) are all taking action to prepare for the challenges presented by global population growth through research, advocacy, education, and community outreach.

2. Cecile Richards ““ Since 2006, Cecile Richards has been the President of both Planned Parenthood Federation of America and Planned Parenthood Action Fund, a women’s health care provider and advocacy organization, respectively. Richards is a longtime political activist, public speaker, and writer and has been recognized by TIME Magazine as one of the top 100 most influential people in the world.

4. Debra Hauser ““ Hauser is the President and Executive Director of Advocates for Youth, a non-profit organization focused on educating young people to make well-informed decisions regarding their sexual and reproductive health. Hauser has been a youth advocate for more than twenty years and is an expert on sex education, family planning, and youth development.

6. Every Mother Counts ““ Every Mother Counts is committed to ending all preventable deaths caused by pregnancy and childbirth around the world ““ up to 15 percent of women who give birth suffer life threatening, but treatable, complications. Every Mother Counts informs and educates people about improving the health and well-being of girls and women worldwide through better access to health services and facilities.

7. Family Care International (FCI) ““ FCI is a global advocate for reproductive and maternal health with field offices in five countries in sub-Saharan Africa and Latin America. Through political advocacy they hope to eradicate childbirth-related deaths and injuries through engaging governments to commit politically and economically for better reproductive health.

9. Hans Rosling ““ Hans Rosling is a professor of International Health at the Karolinska Institute in Stockholm, Sweden, and his work highlights statistics that help dispel myths and preconceptions about the developing world. He also co-founded Gapminder, which provides individuals access to statistics about population and the environment and the software to visualize them.

10. International Planned Parenthood Federation (IPPF)““ IPPF provides services and advocacy on sexual and reproductive health and rights with a special emphasis on individuals living in poverty. They’re focused on creating a world where families have autonomy over their reproductive and sexual health choices.

12. Jill Sheffield ““ Jill Sheffield is the Founder and President ofWomen Deliver, a non-profit organization focused on obtaining political and financial commitment to reduce maternal mortality and access to reproductive health care and services. Sheffield has been an educator, activist, and leader for women’s reproductive rights for more than three decades.

13. Jon Foley ““ Jon Foley is the director of the Institute on the Environment at the University of Minnesota, and focuses on sustainability and food security. Through slowing agricultural expansion, more efficiently using resources, and reducing food waste, Foley envisions a reinvention of agriculture that keeps the planet in mind.

16. Suzanne Ehlers ““ Suzanne Ehlers is the President and CEO of Population Action International (PAI), a non-profit organization that advocates on behalf of women and families for access to contraception. For the past 15 years, Ehlers has been working with women’s health and empowerment from a holistic perspective, bringing attention to the ways women’s health impacts the environment, food security, and poverty.

18. United Nations Population Fund (UNFPA) ““ UNFPA partners with governments, agencies, and communities to help educate families and provide resources to create a world with universal access to sexual and reproductive health services and resources. Their annual State of the World Population report is an important resource highlighting the world’s progress on women’s health, reproductive health, and family planning and addresses where more work is still needed. 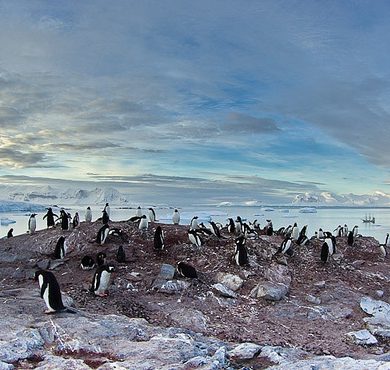