Why Japan is Cultivating a Generation of Female Farmers 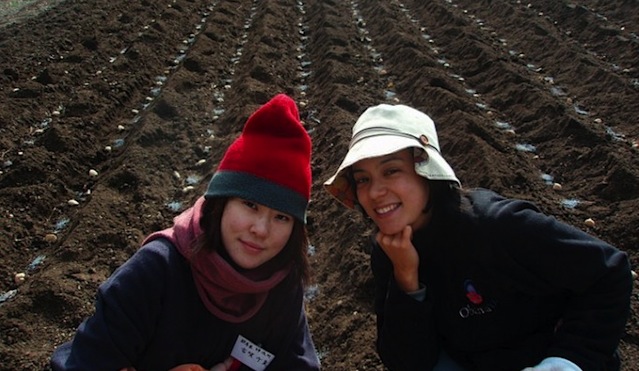 Girls Farm, a plot of land 400 km west of Tokyo, serves as a retreat for young women to get out of the city and break the gender roles in the agriculture sector. The Japanese government is even realizing the benefits of having women hold farm titles, and as a result, has recently put 50 billion dollars towards an awareness campaign to help spread the right to land ownership and fair income for female farmers.

A small but intrepid group of young women in Japan are moving to the countryside and becoming farmers to escape the high-speed pace of urban life and revitalize the country’s slowing agriculture industry.

The move is both a deliberate step out of the fast lane, and counter to a global trend of rural-urban migration.

“It’s time for a makeover, to save Japanese farms,” 29-year-old Yukako Harada said. “And the only way to do this is to get youth and more women involved in agriculture.”…Continue Reading

In Bangladesh, a Tradition that Allows Mother and Daughter to Share a Husband