Among the Foothills of Everest, Women are Facing Unthinkable Discrimination 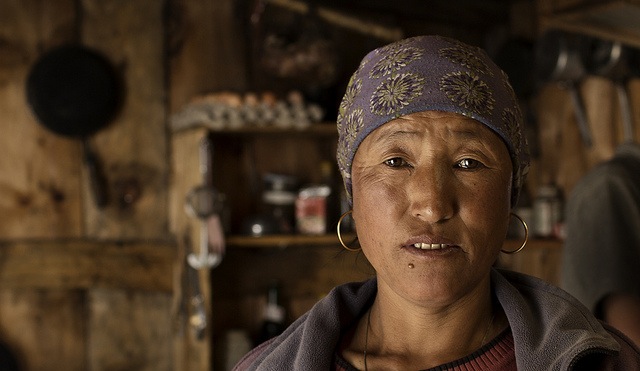 Despite a ban in 2005 by the Nepalese government, Chaupadi, a ritual that separates women from the rest of the community during menstruation, is still practiced in the district of Achham. Activists are working to stop this isolating practice, which can cause malnutrition, discrimination and in some cases impose a risk of sexual assault.

Chaupadi. It’s a little-known word outside of Nepal, but has huge repercussions for the rights of women and girls everywhere. Chaupadi is the ritual separation of women and girls during menstruation in rural communities that stretch out in the foothills of Everest.

It is a ritual that 98 percent of women in the rural district of Achham””where journalists Allyn Gaestel and Allison Shelley reported this story””participate in.

The foundation of the practice is the belief that women are unclean during that period, with the consequent behavior adjustments: women are separated from their family homes and are forbidden to touch communal food and water. …Continue Reading

A Second Chance for Orphaned Elephants in Kenya