A Culinary Journal, The Gaza Kitchen Presents the Rich Food Culture of a People Under Siege 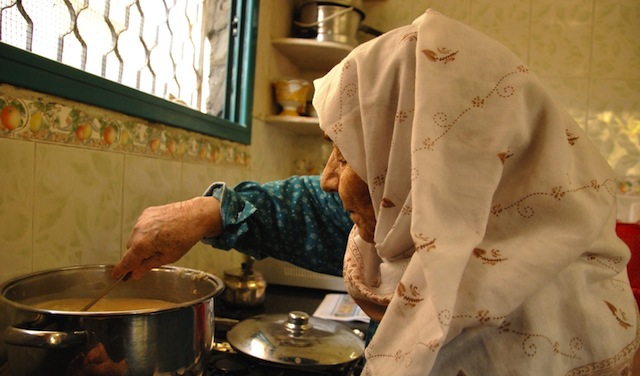 Anthony Bourdain has referred to it as “An important book on an egregiously underappreciated, under-reported area of gastronomy.” The Gaza Kitchen, by Laila El-Haddad and Maggie Schmitt, is a culinary journal of Palestine’s luscious food culture.

The cookbook boasts both an impressive collection of recipes previously unknown to most of the world, as well as images, essays, and profiles that paint a portrait of the people who have been cooking them for generations.

El-Haddad and Schmitt believe that the media’s portrayal of Gazans is one of contradictory extremes. Gazans are either depicted as the hapless, piteous victims of violence, or as the rage-filled perpetrators of it. “All that [Palestinians] are seeing now is images they don’t recognize,” says El-Haddad.

The Gaza Kitchen transcends these stereotypes, opting to tell the stories of individual lives being experienced against a complex political backdrop. “On the one hand, we wanted to document the cuisine of Gaza. It is very unique, singular, delicious food,” explains Schmitt. “Another part [of our work] was narrating the personal stories in the text boxes, looking at the households.”

“You can call it a documentary cookbook,” adds El-Haddad. 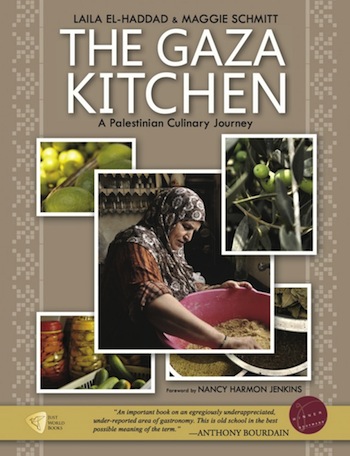 Indeed, each section of the book””from Salads to Seafood to Desserts, Conserves, and Beverages””is peppered with stories and photographs of the local food workers and home cooks who are involved in the culinary process from the time food is farmed to when it is served and consumed.

We learn, for instance, the story of Um Ibrahim, an 89-year-old woman who fled to Gaza after being driven out of her native village of Beit Tima. Her recollection of Beit Tima’s fruit orchards and vegetables””which contrasts strongly with a description of the UN provided rations of flour, beans, sugar, salt, and powdered milk””is presented beside the recipe for her former village’s famous kishik stew.

Food as a means of preserving local ties to villages like Beit Tima is a theme throughout the book. “These villages no longer exist on maps,” says El-Haddad. “You can taste them through food.”

Gaza’s cuisine diverges from classic Palestinian cuisine with its unique use of red chili peppers, red tahini, fresh dill and dill seeds, and the zest of eastern spices like cardamom, cloves, and cinnamon.

However, even these key ingredients demonstrate the ominous political climate in Gaza. For example, red tahini is made from toasted sesame. Sesame seeds enter the region primarily through illegal tunnels between Gaza and Egypt, which drives up the price and renders red tahini unaffordable to the people who invented it.

GET CULTUREDPLACESWhere to Next
·9 min read

Get Cultured: Prague – A Local Guide to the City’s Best Restaurants, Bars and Galleries

The Gaza Kitchen is many things: a cookbook full of mouthwatering recipes, a collective portrait of a region under siege told through accounts of singular lives, and a commentary on the resilience of the human spirit. Few cookbooks teach readers about the origins of featured recipes in such a profound and educative way.