For One Billion Rising, the World Danced Together to End Violence Against Women 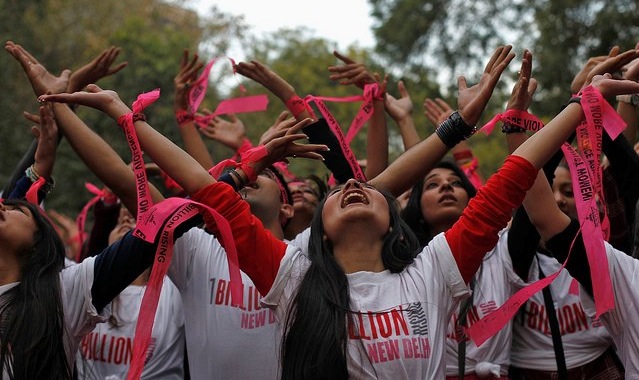 On February 14th, women, men, and children from more than 200 countries worldwide, participated in events to support One Billion Rising, the global movement demanding an end to violence against women. The movement, founded by Vagina Monologues author Eve Ensler, invited individuals to use dance to call attention to the staggering statistic that one in three women on the planet””approximately one billion total””will be raped or beaten in her lifetime.

A central goal of One Billion Rising was to showcase the collective strength and solidarity of those who oppose violence against women in order to promote change. The movement took on special significance in Delhi, India, where a 23-year-old medical student was recently gang raped and consequently died from severe injuries, propelling women’s rights to the forefront of the country’s political dialogue and collective conscious. The day’s events included a flash mob of hundreds of dancing, clapping and singing people; a skit on domestic violence that ended with an abused wife standing up to her oppressive husband; and poetry and inspirational songs recited by young women.

In the Democratic Republic of Congo — where rape is often used as a weapon of war — the conflict with M23 rebel insurgents has likely led to an increase to the already shocking figure of 48 women in the country being raped every hour.

On the 14th in Bukavu, DRC, 5,000 women and men dressed in neon green and pink danced, listened to speeches, and participated in several action committees. Ensler herself made an appearance, going onstage to tell the women of Congo that it was them who had taught her to dance, and that when they rise, the world rises with them.

In the United States, scheduled events included flash mobs in San Francisco, a Zumba dance party with Jane Fonda in Los Angeles, a program in New York’s Hammerstein Ballroom that included Rosario Dawson and Glenn Close, and a rally in Atlanta led by Bernice A. King, Martin Luther King Jr.’s daughter. Ensler also said that the UN unprecedentedly stopped their work and had a rising in their building in New York.

One Billion Rising aimed to raise awareness of the violence perpetrated against women and to foster environments where change is possible through the creation of a global image of strength and resilience. The movement signaled a day where women around the world felt happy, safe, and celebrated. May it bring with it many more. 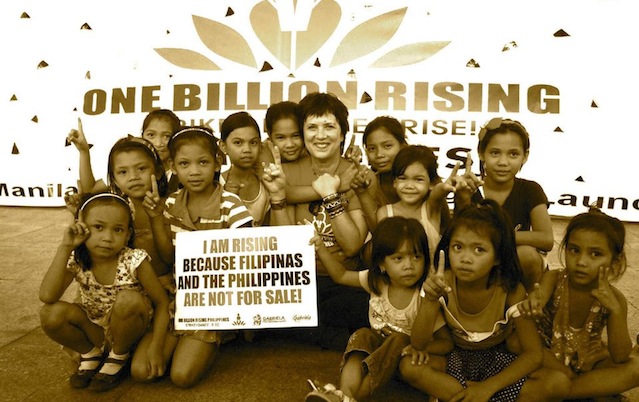 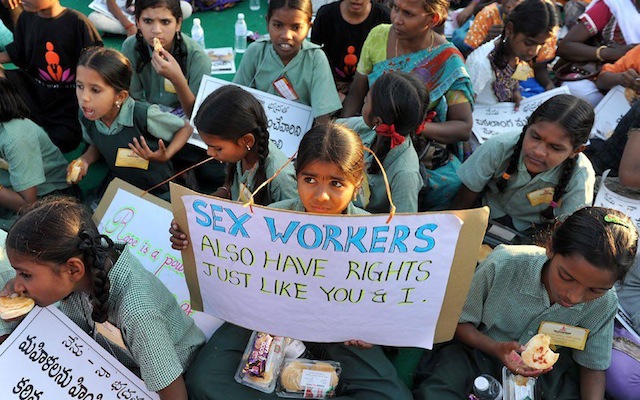 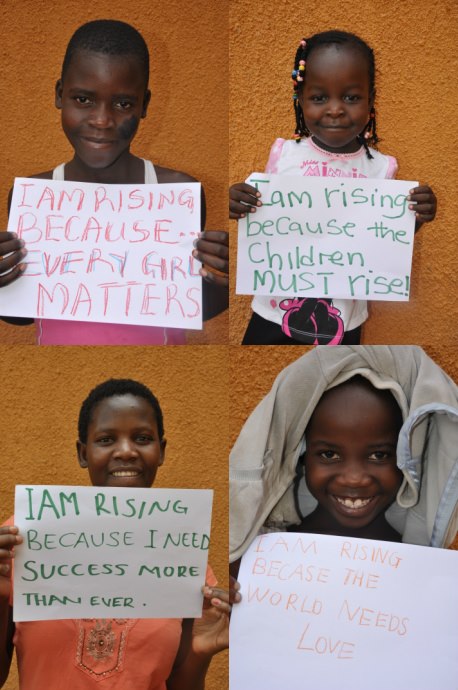 A Museum for the Broken-Hearted

Photos: End Violence Against Women via One Billion Rising