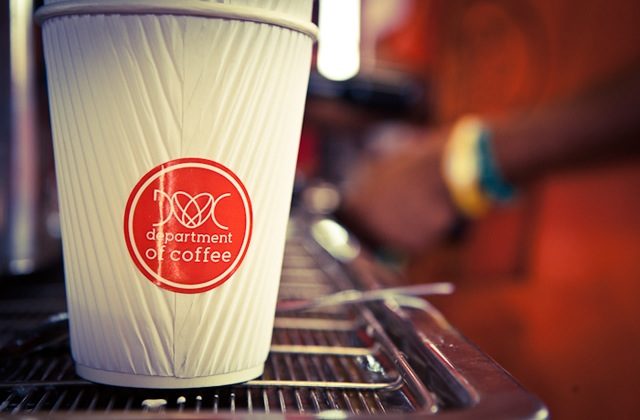 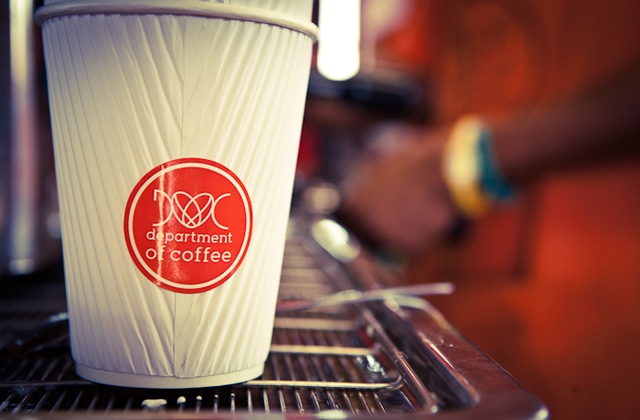 This post was originally published on I Love Coffee by our friend Cindy Taylor.

Visit a train station first thing in the morning in any first world city and you won’t be surprised to see a blur of take away coffee cups. Expecting to see the same at a train station in a township in South Africa is about as far fetched as expecting JZ to forego the renovations to his pad, right? On the latter, yes, but if you make your way to the Khayelitsha train station you’re in for a rather pleasant surprise. 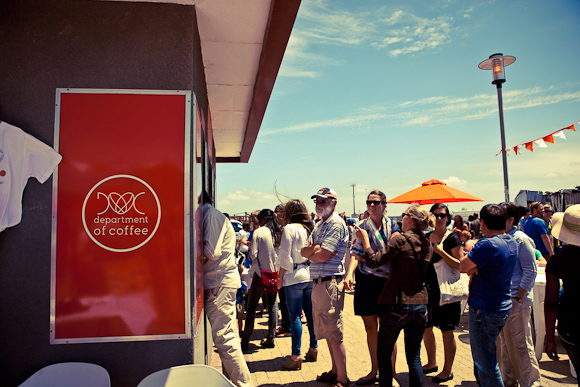 “Cappuccino” is the new buzzword around this station thanks to Wongama, Vusi and Vuyile, three local heroes and the proud owners of Khayelitsha’s very first coffee shop, the Department of Coffee.

Opened in July and situated next to the train station, the Department of Coffee was made possible through a job creation organisation called the Ministry of Service Delivery (MoSD). The concept of the MoSD originated after a group of like-minded individuals came together and decided that a hands-on approach to job creation, led by those who have the means to drive such projects, was needed in South Africa, particularly in impoverished townships like Khayelitsha. 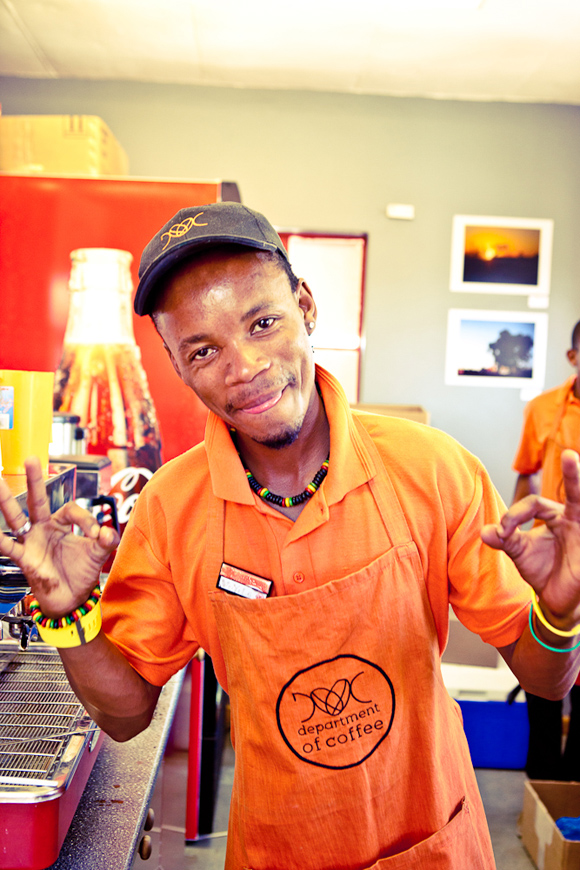 Their business model explains that MoSD is responsible for providing the initial start up funding, as well as short-term bridge financing (if need be) that is paid back by the entrepreneurs over time. They also state that entrepreneurs will not be seen as workers of the entity, but rather  as owners of their own independent enterprises from the start. The MoSD also provides training and assistance in order to fully develop all skill sets necessary to continue as efficient, independent entrepreneurs.

Vuyile, or “Lolo” as he’s more affectionately known, trained as a barista and worked at a number of establishments including Vida, Woollies and Food Lovers Market before getting involved with the DoC and passing on his skills to Vusi and Wongama. 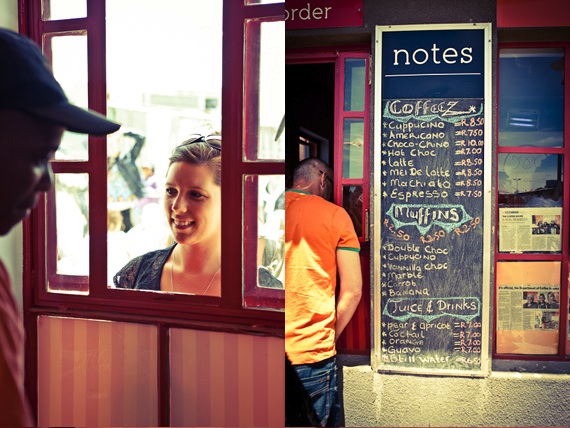 DoC offers all types of espresso based coffees as well as filter coffee, tea and hot chocolate, muffins and fresh fruit juices. A cappuccino goes for R8.50 and the DoC are serving a blend of beans that has been specially roasted for them.

In addition to supplying the commuters and vendors around the station with their daily fix, the guys also do morning deliveries to the Khayelitsha Magistrates Court, Khaye Hospital and Khaye Mall. They open their little hatch at 5:30am during the week and whip up cuppas until 6pm. On Saturdays they are open from 8am until 3pm and closed on Sundays. 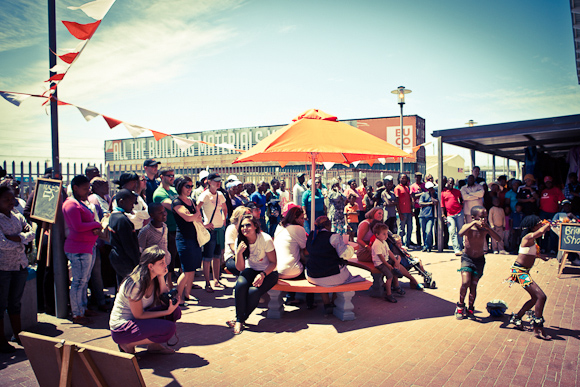 Once a month, the DoC will be holding an open day, which going on the last one is something you don’t want to miss ““ see photos below.

A huge congratulations to everyone involved in this awesome initiative ““ you guys have made us all truly proud and we can’t wait to see more DoC’s popping up around Cape Town and beyond. 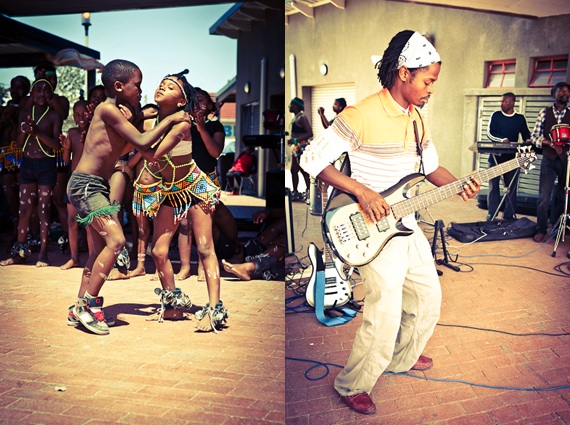 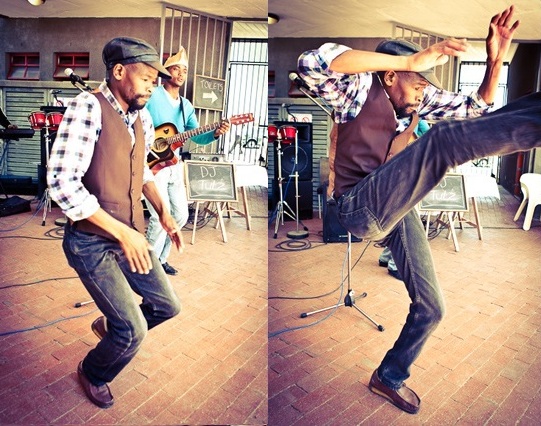 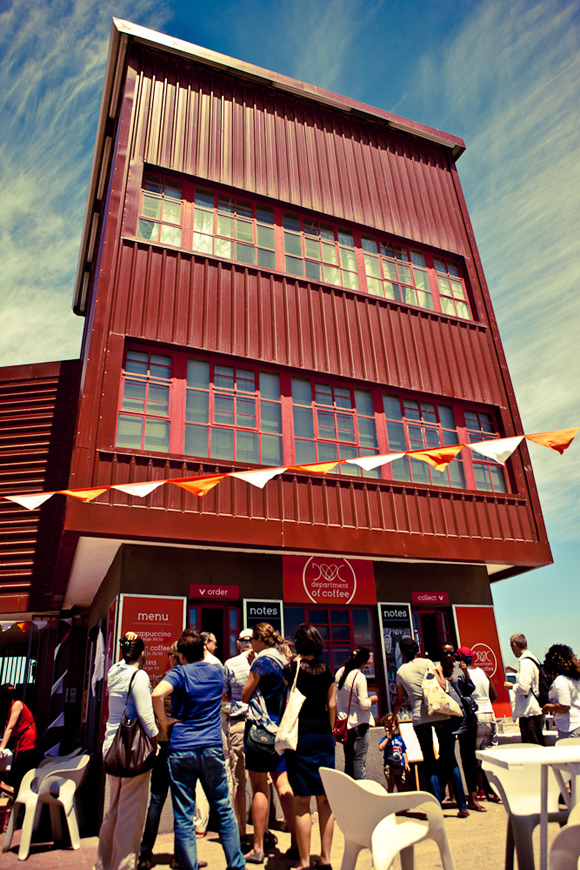 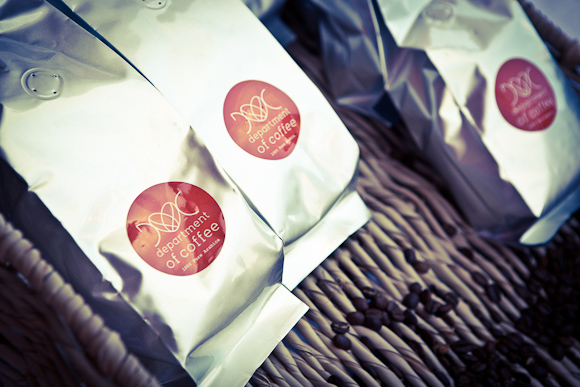 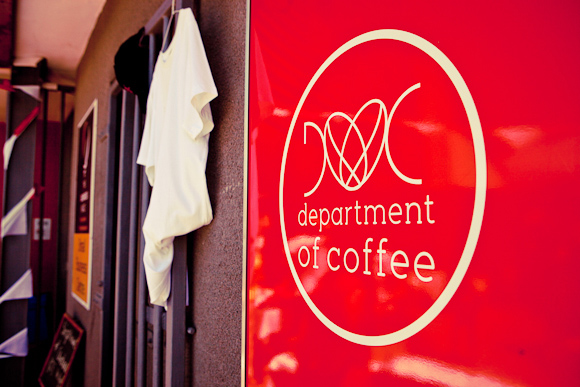 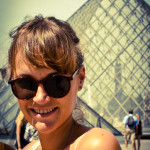 About Cindy Taylor
Cindy Taylor is a Cape Town-based photographer and writer. She studied a BSc with an honours in Psychology at Stellenbosch, but realised her calling when her rampant photo-snapping had friends likening her to a Japanese tourist. When she’s not shooting, she spends her time “doing research” experiencing SA’s steaming café culture for ilovecoffee.co.za, slogging on her Masters and loving city life. She’s mad about The Rolling Stones, V8 vintage muscle cars, bubbly and making pasta from scratch. And coffee. Lots of coffee. 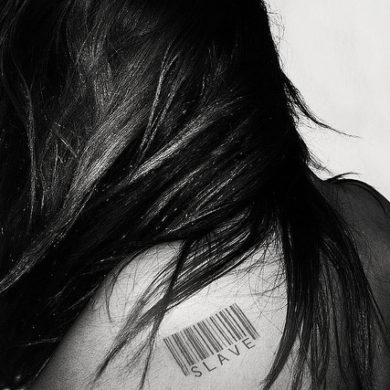