Could This be the End of the Banana? 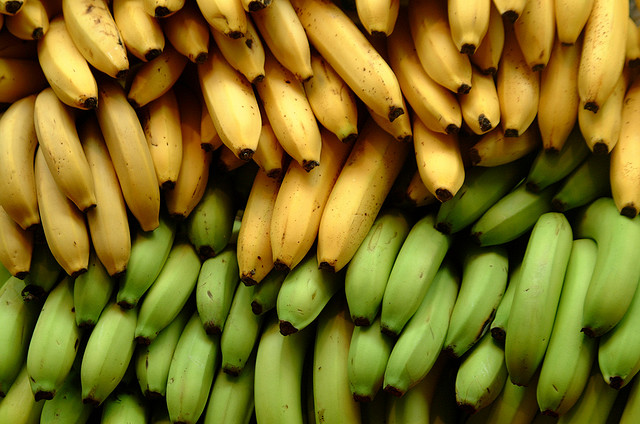 America’s love affair with bananas may end unwillingly. As the number one selling fruit (the average American consumes 28 lbs of bananas annually),  this tropical species has become a staple in our diets, and for some, a healthy indulgence that quenches a nagging sweet-tooth.

In America, the most common banana sold is known as the Cavendish, which makes up for 99 percent of the bananas found in our markets.  The species at large is currently facing extinction due to a fungus called Tropical Race Four that has become pervasive among crops in Asia and Australia (scientists believe that it will soon spread through Latin America) where the Cavendish is on the verge of  perishing.  So critical is the situation that a local Malaysian newspaper referred to the fungus as “the H.I.V. of banana plantations.”

The soil-borne fungus, which destroys the plant’s roots, killing off it’s oxygen supply and vital nutrients has proved to be extremely difficult to contain. Scientists are working to genetically modify the Cavendish, and to create naturally resistant breeding to thwart the threat posed by the fungus.  Let’s hope they can save our bananas.

While we still get to enjoy this delicious, vitamin-filled fruit, let’s take a looks at its history and some interesting facts: