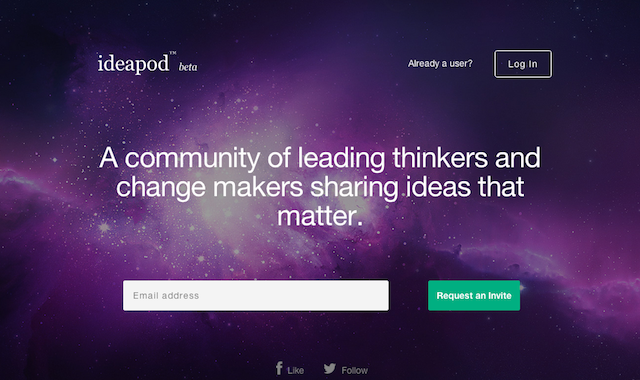 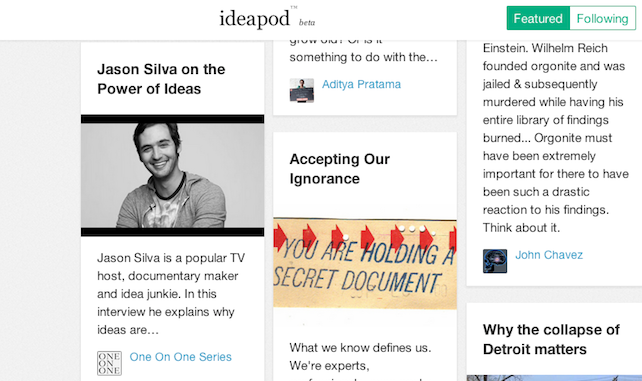 What if a website harnessed the power of social media to inspire real change? That’s exactly what the creators of Ideapod, a new type of social media platform, set out to do.

Founded in 2013 by Mark Bakacs and Justin Brown, Ideapod recently launched in beta, and its reception has already been overwhelmingly positive. More than 100 influential thinkers and 150 leading partners—including the United Nations, the New York Stock Exchange, and the YMCA—are using the platform to facilitate the spread of ideas. But the platform isn’t just intended for big names and companies; its founders envision a virtual community that listens to anyone with an idea about how to better the world—no matter how small. “Everyone has ideas and we can all build a community around them,” explained co-founder Mark Bakacs.

“We were inspired by the potential of social media to organize and spread the world’s information,” Bakacs said. “Our aim is to connect great thinkers with world changing ideas so that together we can create a better future.”

So how does it work? Users can submit ideas of their own (posts can have urls, videos, images, and up to 1000 characters), or engage with other users by directly commenting on ideas, or linking ideas with common threads. Similar to other platforms, users can “follow” others, and tailor their homepages to ideas or thinkers that particularly excite them. Hashtags are another way to find trending ideas that are getting attention. A few recent examples of ideas posted on the site are: “Rethink Power in Asia,” “Healthy Oceans and Seas by 2030!” “LGBT Rights and Sochi,” and “The Gift of Presence.”

Additionally, Ideapod has its own online video series, called One on One, dedicated to discussing solutions to the challenges we face in the 21st century. The series features interviews with prominent thinkers, world leaders, and celebrities, such as Tony Blair, Eric Schmidt, Russell Simmons and Jacqueline Novogratz.

While in beta, Ideapod is invitation-only, but anyone can request an invitation. And people already on the platform can invite their friends.

“We were inspired by the potential of social media to organize and spread the world’s information,” Bakacs said. “Our aim is to connect great thinkers with world changing ideas so that together we can create a better future.”

Ideapod is engaging, and it has potential to accomplish what its founders intend.  The challenge, like any new venture on the web, is to build users and user-engagement, an increasingly difficult task in the growing social media space.  If they continue to attract interesting people—and interesting ideas—they just might have the right formula. 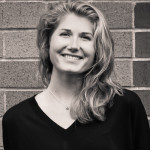 Katherine is a junior at Princeton University, where she is majoring in English Literature and minoring in Spanish Language and Culture. She is also a member of the women’s varsity crew team and an intern at the university’s women’s center. Even though now she’s indefinitely based on the East Coast, her Pacific Northwest roots are strong–she loves hiking, coffee, good books and rainy days (not necessarily in that order)