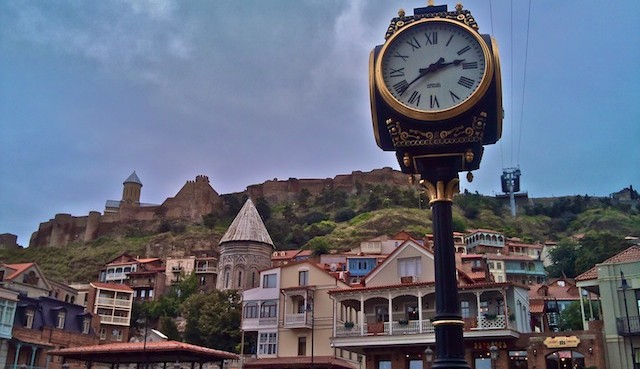 From the Homeland of Wine – A Guide to Georgian Wine 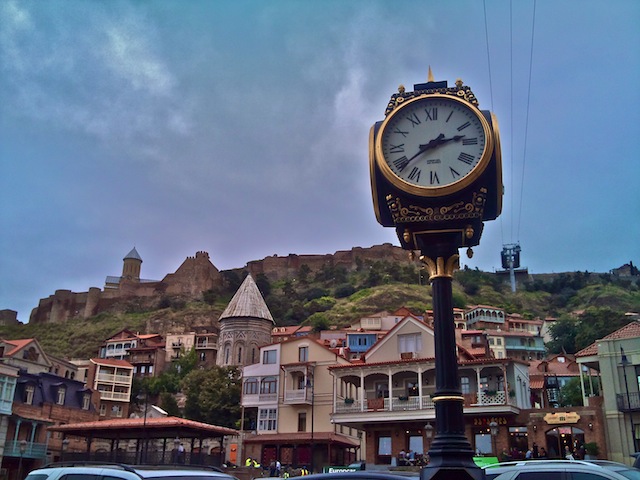 My landlady unlocked the rusty gate. The stairs descended down to my new apartment in Tbilisi, Georgia. It was five in the morning. The sky was painted in pastel colours above the Metekhi Church that peered above the carpet of vines covering the courtyard. Grape vines were everywhere; they crawled up the iron bars of our balcony, with tendrils curving around the nails sticking out of the wall, spilling over the corrugated iron roof, completely covering the terrace.

“Do you make wine?” I asked her, yawning from my overnight journey.

While not as popular as wines from France and Spain, I have heard about Georgian wine talked about with passionate nostalgia.

“It was the most beautiful thing I had tasted,” recounted an Armenian physicist I knew, “I was in my twenties, on holiday at the Black Sea. I’ll always remember that first taste of Georgian wine.”

Like his first sip, I never forgot the way his eyes lit up when he spoke, and, as fate would have it, years later I sipped my first Georgian red in a basement in Tbilisi.

When it comes to wine, Georgia is forgotten. Many assume that wine has its origins in Greece, Rome or perhaps even Persia. However, the true birthplace of wine is located at the foot of the Caucasus Mountains, in the land of the Golden Fleece. Archaeological findings show evidence of winemaking in South Caucasus that dates as far back as 4000BC, where they have discovered some of the world’s oldest domesticated pips and winemaking vessels known as “qvevri“, amphora pots still used in Georgia today. 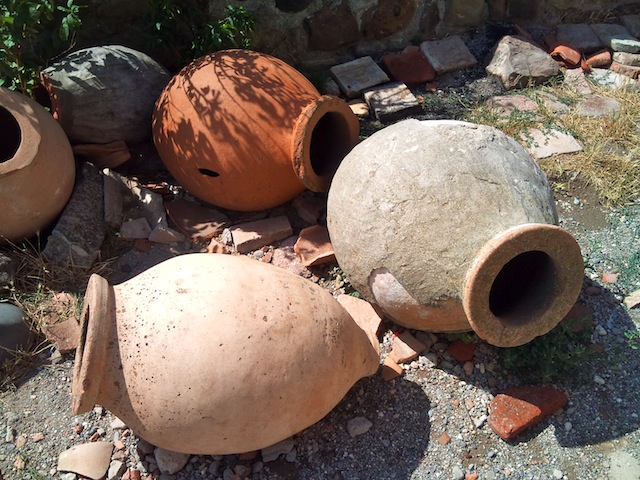 After years of drinking French, Spanish and even New World wines, Georgian wine was a new experience for me. While living in Tbilisi, I wanted to know more, which took me to “The Wine World” just off Rustaveli Avenue.

The Wine World is not just a wine shop, it’s also a bar and a restaurant that hold wine tastings. I interviewed Cocha Ichkitidze, who showed me around the cellars, explaining the history and Georgian wine tradition among musty barrels and dusty bottles, before giving me samples to try.

“Georgian wine is unique because of the terroir, the climate and the people who work with the vine,” said Ichkitidze, “Most Georgian wines are made using the traditional method, in which the qvevri are buried in the ground to ferment for six months, although more and more wines are being aged in bottles.”

There are about 500 indigenous grape varieties in Georgia alone, although only 38 of these are used commercially. Georgian wines have high tannins, even in their white wines. Unlike most white wines found in the West, Georgians do not peel white grapes, allowing for maceration, which imparts the wine with a rich body and a deep amber colour. 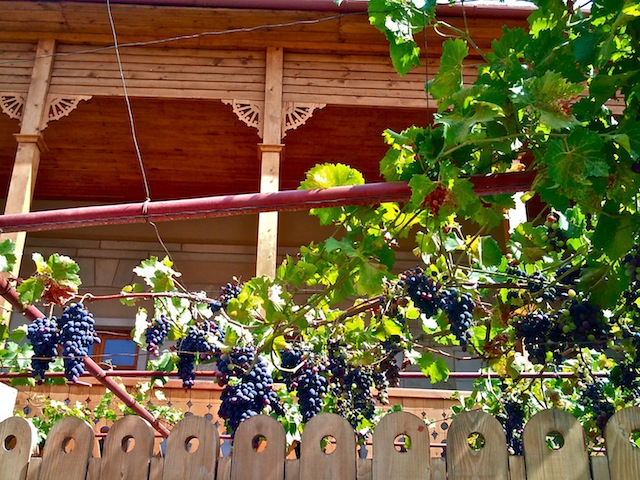 On my first visit to a local restaurant in Tbilisi, the wine list stared up at me with unfamiliar and unpronounceable names.  What should I try and what is the difference between a Saperavi and a Tsindali? I asked Cocha Ichkitidze for his recommendations for novices.

“Mukuzani is a dry, red wine made from the Saperavi grape that is aged in oak barrels,” he said, “It comes from the Mukuzani region, a Controlled Appellation of Origin, and it’s a very high quality wine.

“Tsindali is a white wine and made from two grape varietals: Rkatsteli and Mtsvani, which both translate as “˜green’.”

He wasn’t shy about suggesting different wines to try. His list of “green” wines also included Satrapezo wines, which still use ancient techniques, alongside a list of semi-sweet wines, like Stalin’s favourite red, Khavanchkara from the Kakheti region.

Tuscany’s Cultural Patrimony from Florence to Siena and Beyond

Georgian wines are finally leaving the former Soviet Union and making it into the US markets. Washington D.C. distributors Potomac Wine and Spirits sell and deliver Georgian wines all over the States, and there are many Georgian wineries like Pheasant’s Tears that ship to the US.

In Georgia, wine is a part of life. Many grow their own grapes and bury their qvevri in their back gardens, while others go to the specialised markets where they can buy grapes for winemaking. I’ve often driven past stalls on the roadside selling bottles of wine in old Coke bottles. Homemade wines offer quite a kick, but are great served alongside khinkali, slippery boiled dumplings stuffed with a spicy meat filling, which I regularly bought from my local hole-in-the-wall. 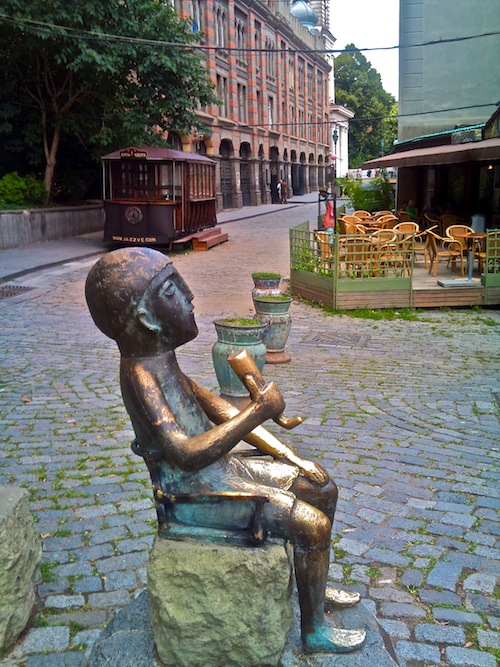 The supra is one of Georgia’s most important traditions: the toasting ritual. This is often undertaken with wine, but sometimes chacha, a spirit made of grape pomace. During the supra, tamada, the toastmaster, offers a sequence of toasts to which everyone must drink. A wonderful tradition, but perhaps my liver doesn’t agree.

Georgian wine is still an untapped market, but I’m sure that in a few years we’ll be drinking these structured, bold wines from the Caucasus, and who knows? Perhaps we’ll even toast the Georgian way.

Jennifer Walker is an Anglo-Hungarian freelance writer living in Madrid, Spain. After a sordid past involving a PhD in Physics, she threw caution to the winds to follow the cliché expat writing dream. In 2012, she moved to Tbilisi, Georgia to work at the national newspaper Georgia Today. She specializes in travel, art and culture, and writes for Kunstpedia, ARTES Magazine, Twine Magazine and she has also written for Gadling, Viator, The Matador Network and more. To read more, visit her website or follow her on Twitter @JDWalkerWriter.