Africa Spotlight: A Look at the Brilliant Art and Design Emerging From Kenya 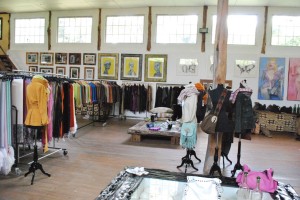 There’s no better proof of African fashion going mainstream than the fact that high-end Kenyan designer Anna Trzebinski will open her first U.S. boutique in SOHO’s Madison Avenue in late 2013 or early 2014.

In her Kenya-based workshop in Karen, just outside of Nairobi, she employs a staff of tribal women and men, who bring her designs to life. Inspired by authentic indigenous style, Trzebinski draws on the rich colors and raw materials of her native Africa in a unique collection of handmade garments, accessories, leather & suede bags, beaded sandals, and exquisite feathered shawls.

“My work has a magic that reflects the incredible gift Africa and her people can give us: to remind us where we came from and how pure the human spirit is,” Trzebinski said. Years ago, Trzebinski was one of the first African designers to get mainstream press in the U.S.

An ABC News story wrote of her husband’s philandering and tragic murder, which despite nearly destroying her spirit, ultimately led to her finding the love of her life with a Samburu tribesman, Loyapan Lemarti, to whom she’s still married and shares a daughter. Together they operate Lemarti’s Camp, a luxury safari hideaway in Kenya. 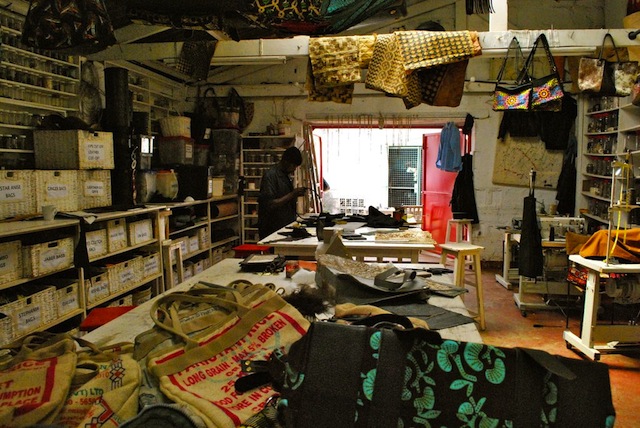 Nigerian-born AdÃ¨le Dejak set up shop in Nairobi in 2005 after a brief sojourn in Italy and England where she focused her creative energy on typographic design. She then turned her attention to accessories, blending her African roots with her European influences, combining the natural beauty of horn and unique shapes of metal in a style that is all her own.

No two pieces are alike. Dejak creates fashion accessories that make a statement and while the African inspiration is apparent, there is a cutting-edge sophistication to her pieces that is anything but traditional.

In her bags, Dejak has found a way to make African fabrics like Kuba cloth and wax prints of kitenge high fashion items. She is also dedicated to using recycled materials such as rice and cement sacks, brass, aluminum and glass in her work. Like Trzebinkski, Dejak only employs local East Africans in her studio and workshop.

Continuing in the trend of combining vintage tribal influences with a contemporary twist is Penny Winter, a designer whose clothing line and exotic accessories are at once high fashion yet practical.

Winter created a special jewelry line using horn, brass and gemstone for Ashley Pittman’s collections, currently sold in high-end stores such as Bergdorf Goodman and Neiman Marcus, as well in Browns in London.

“The energy from the people we empower and employ in the ghetto and rural workshops supply a constant chain of inspiration,” she says. “How a medallion that has been cast for me as a sample can ricochet into a bestseller on the floors of a Fifth Avenue department store still takes my breath away.”

Winter’s studio is located on the same property as Ngong House, a boutique resort she designed and operates.

Beyond fashion, African art is a growing and increasingly significant part of the global art scene. Influential collectors, leading museums and auction houses are now turning their gaze towards art emerging from a continent that many say is destined for major economic growth over the next 20 years, according to sources such as Donald Kaberuka, president of the African Development Bank. 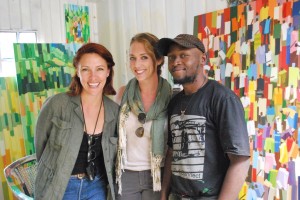 Providing promotional and educational support to more than 500 artists in Kenya, Kuona Trust Centre For Visual Arts in Nairobi acts as a platform and hub for its African network, encouraging artists to participate in cultural exchange programs and international workshops. Keep your eye on artists-in-residence Fred Abuga, Cyrus Kabiru, and Paul Onditi.

Kenyan Fred Abuga‘s style combines brush strokes and blocks of color that from afar are hard to distinguish. Get up close and the artistry is remarkable. Abuga often uses the busy markets of Nairobi as his inspiration, although much of his work seems to reflect the natural serenity of the Mara. The soft-spoken artist says his intention is to play with reasoning in his art encouraging people to “think bigger thoughts.” 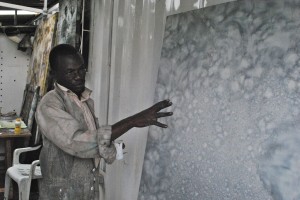 Paul Onditi, Kenyan-born but educated in Germany, breaks the African stereotype for bursting color. His paintings are dark, almost pessimistic, but in fact, there’s a certain calm in the work. Perhaps it’s the classical music playing in his studio while he’s painting or maybe it’s his serene spirit reflected on the canvas.

For years, Onditi has sought a way to express the human conflict in his homeland, utilizing black and white paint to reflect good and evil, light and dark. “That is the reason I paint and sculpt,” he says. “I do it to capture moments and happenings in my own life, my own self.” 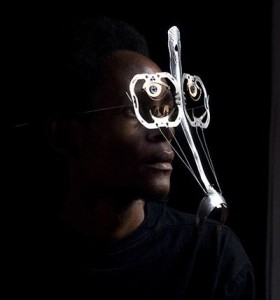 Cyrus Kabiru is a name the art world is soon to know well, if not already. He is a self-taught painter and sculptor, whose paintings highlight a humorous side of life in Kenya, particularly among the youth. But what he is best known for and what he’s soon to exhibit in the U.S. are his sunglasses.

The C-STUNNERS, as they are called, is an ongoing project in which Kabiru creates bifocals made out of recycled, reused, and found objects. The work itself lies somewhere between fashion, wearable art, performance art, and one-of-a-kind commodity objects. Each piece tells its own story with social commentary about relationships with urban spaces and perceptions of Africa.

Kabiru’s first U.S. exhibition takes place March 1 to 9, 2013 in Los Angeles at Frank Pictures Gallery at Bergamot Station. During his stay in Los Angeles for the show, he is receiving a TEDGlobal 2013 Fellowship and speaking at the TED: The Young, the Wise, the Undiscovered Conference in Long Beach, Calif. 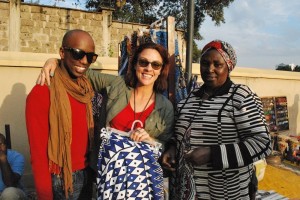 From high brow to high bargaining

One would be remiss to ignore the stunning art and fashion that can be found in Nairobi’s migrating Maasai Market. Be forewarned ““ as great a deal as you may find, go with a trusted local who can help with bargaining and can distinguish between the craftsmanship and quality, as all items at the Maasai Market are not created equal.

Sunny Dolat is a gem in the fashion scene in Kenya. Aside from his day job as the brand ambassador for Tribe Hotel Kenya, a luxurious boutique located near the U.S. Embassy, he runs his own online fashion outlet called Chico Leco, which specializes in accesories from the Rift Valley, in addition to a small selection of apparel that Dolat hand picks.

His motto is “inhale fashion, exhale style,” which Dolat holds true as if it’s ingrained in his sole (sic) ““ literally, even his shoes are custom-made by a local who you can’t find unless you know Dolat or a well-connected fashion insider in Nairobi. 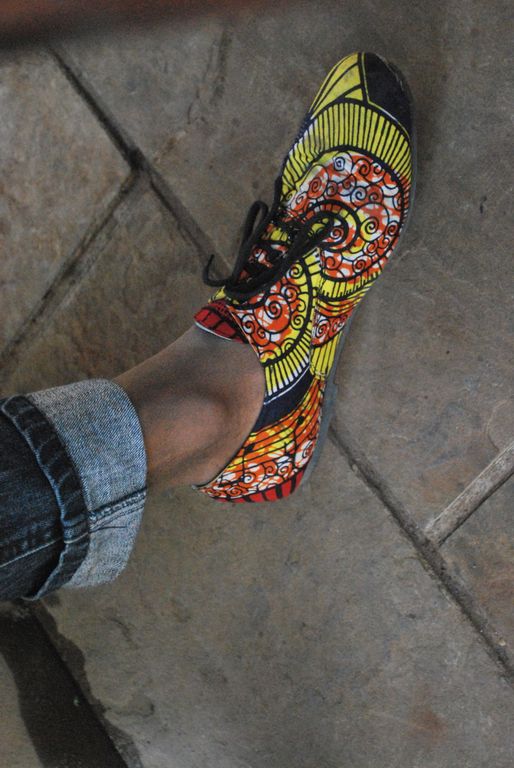 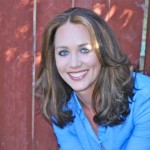 Lindsay is an award-winning journalist with over a decade of experience as a writer/editor, producer and photographer. She calls Los Angeles home when she’s there, but prefers to leave the city for the mountains and open spaces as often as possible. If you can’t find her, she’s trekking through a jungle, seeking a seeker, admiring wildlife, or on a plane, quite possibly jumping out of it when the adrenaline junkie is at her best. She is the co-founder of Voyage Vixens and managing editor The Pacific Punch, in addition to contributing as a freelancer to a number of media outlets and publications around the globe. Follow on twitter @lindsaytaub58 and @VoyageVixens