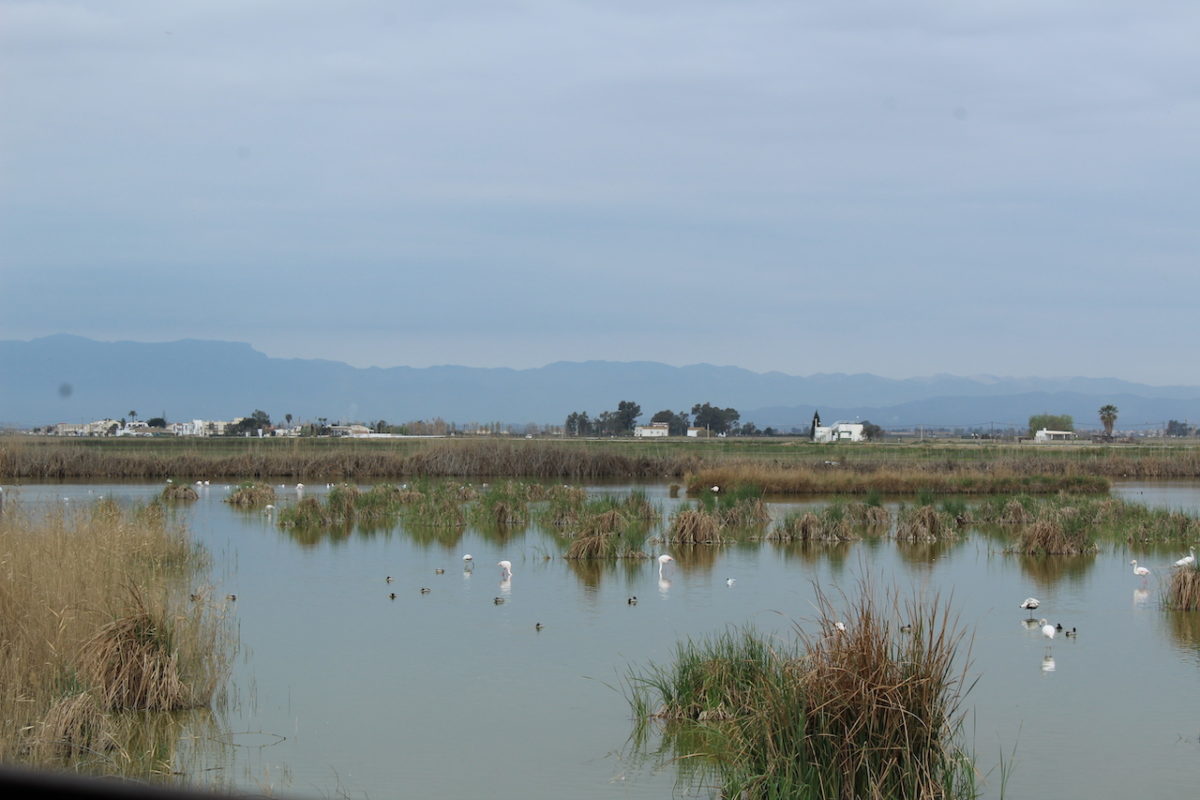 Voices From The Ebre Delta

The Ebre river, the mightiest river in Spain, flows into the Mediterranean Sea leaving an unprecedentedly rich biological trace. The area of its delta comprises 320 km2 of fluvial prosperous lands in the south of Catalonia. Home to more than three hundred animal species, the humid fields make the perfect scenario for endemic kinds to grow and reproduce. Internationally known as a mecca for ornithologists and bird enthusiasts, its rice fields and dunes are absolutely spectacular.

However, this unique place’s days are numbered if the situation doesn’t change immediately: in the latest years, the flat land in these rice paddies and mangroves has been regressing abruptly, losing its place over water. This has resulted in numerous floods and a dramatic decrease in the river’s flow volume. Three main problems result in a cocktail of fatal consequences: the rising of the sea level, the sinking of the land and the lack of sediment getting to the Delta.

Also, climate disasters such as the Philomena storm at the beginning of this year or the Gloria storm in 2020, lead to catastrophic consequences which will soon be irreversible. Most of these lands are below the sea level, that means they suffer the effects of damage faster and more visibly than other areas of similar characteristics. The Barra del Trabucador, for example, is a six-kilometer long isthmus that disappears every time a storm hits the area (four times already in 2020). Lately, episodes of rough weather are becoming more and more common and ferocious. Social platforms such as Defensa de l’Ebre (“Ebre Defence”) state that the land is regressing eight meters per year. Sadly, this spot holds the visible effects of climate change.

If the Delta finally suffered these feared consequences, the affected population would not be only fauna. Apart from the rich biological patrimony, there are seven villages located in the vicinities of the Delta. If the sea rises up to the expected levels, they could disappear. However, the inhabitants of the area refuse to give in passively. They believe there is still time to stop the damage and save the territory.

Polet
An example of this perseverance is Polet, who leads a family company that organize cultural experiences in the area. His proposal is to show his homeland so that people get to know, love and respect the Delta as it deserves. He explains he lost his job as a rice cultivator in the sixties, due to the mechanization of the fields. Then he was offered to work in the construction of new residential areas in the zone, which he refused. He says local dwellers were seen as underdeveloped and uncivilized before the arrival of what it’s been called “progress”. On the contrary, he claims it was a happier, easier, self-sufficient life. He laments this life was not seen as a worthy one, as it was. Saddened by this feeling, he decided to start dignifying this way of life, by showing people their old ways. When foreigners came, he would show them his homeland from the insight of an involved inhabitant like himself: getting into the paddies, learning how to crop and dry rice, cooking without using any modern devices… He later discovered he had been the precursor of ecotourism in the Delta, without even knowing it. Therefore, Polet’s philosophy is based on two concepts: preserving his ancestors’ culture with dignity, and transmitting their knowledge so that it can be useful in the future.

When asked about the future of the Delta, Polet believes in recovering agri-food safety standards, without losing popular culture and identity. He was one of the organized locals who motivated the creation of the natural park in 1983. Although they had to fight against many obstacles, they finally achieved their objective, and stopped the urbanization projects which would have been highly damaging for the land. Now, he is convinced that with organization and clear objectives, the Delta will be saved again; but he believes in the need for change in people’s idiosyncrasy: they should not aim for profits, but for the land’s preservation through knowledge and respect. 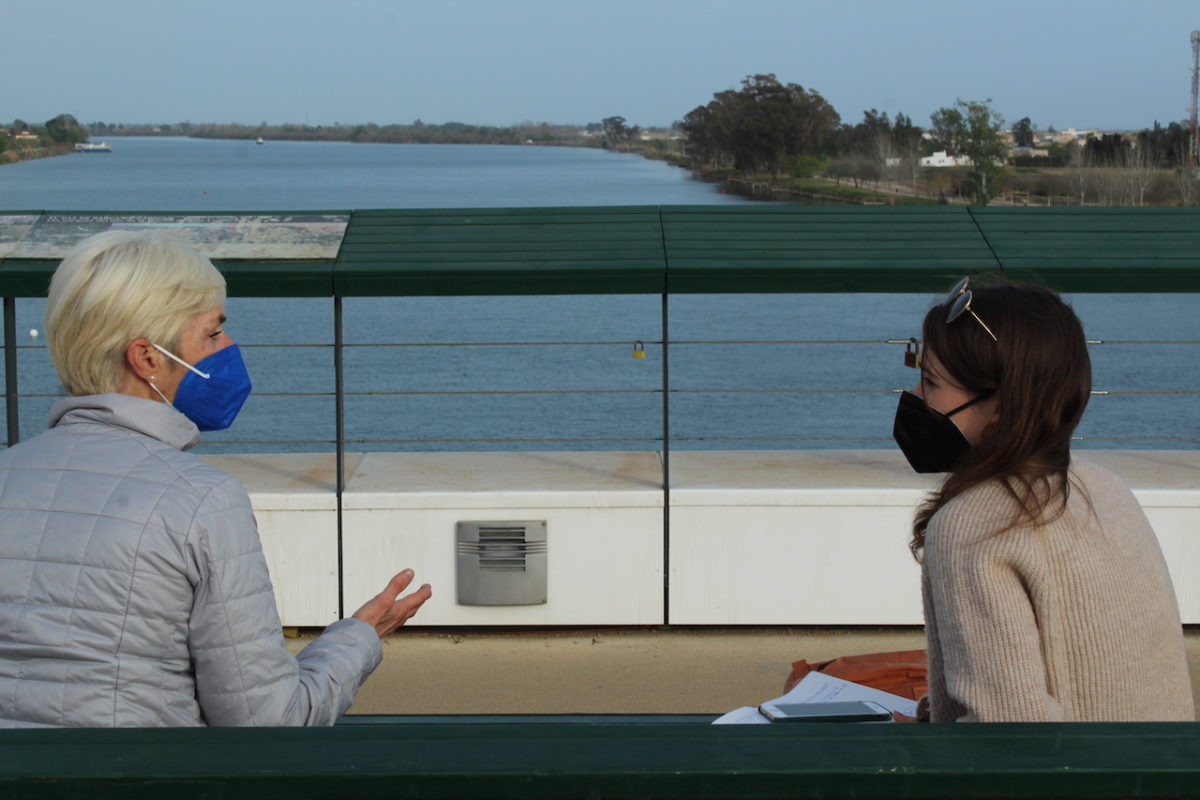 Anna
Anna is also an inhabitant of one of the affected villages, Sant Jaume d’Enveja. She runs a barraca, the typical white cottage of the Delta, made of wood, mud, reed and marram grass. They used to be the sailors and peasants’ dwellings in the past, but now they are used as information centers, farmhouses, restaurants or holiday accommodations, as Anna’s. She fell in love with these typical constructions and asked David, an old builder from the zone, to show her how to make one. She worships our ancestors’ knowledge on how to do things slowly and conscientiously, not by harming nature but by making the most of what the land offers instead.

Around the Delta, villages have similar features in terms of appearance and height: low, white houses without strong foundations due to the soft lands. Instead, wooden sticks are planted about five meters underground (which is not rock, but sand), in order to set the base for houses. This sort of constructions have a minimum incidence on the territory, and despite their apparently simple materials, they provide safe shelter and all-year-long heat and acoustic insulation. 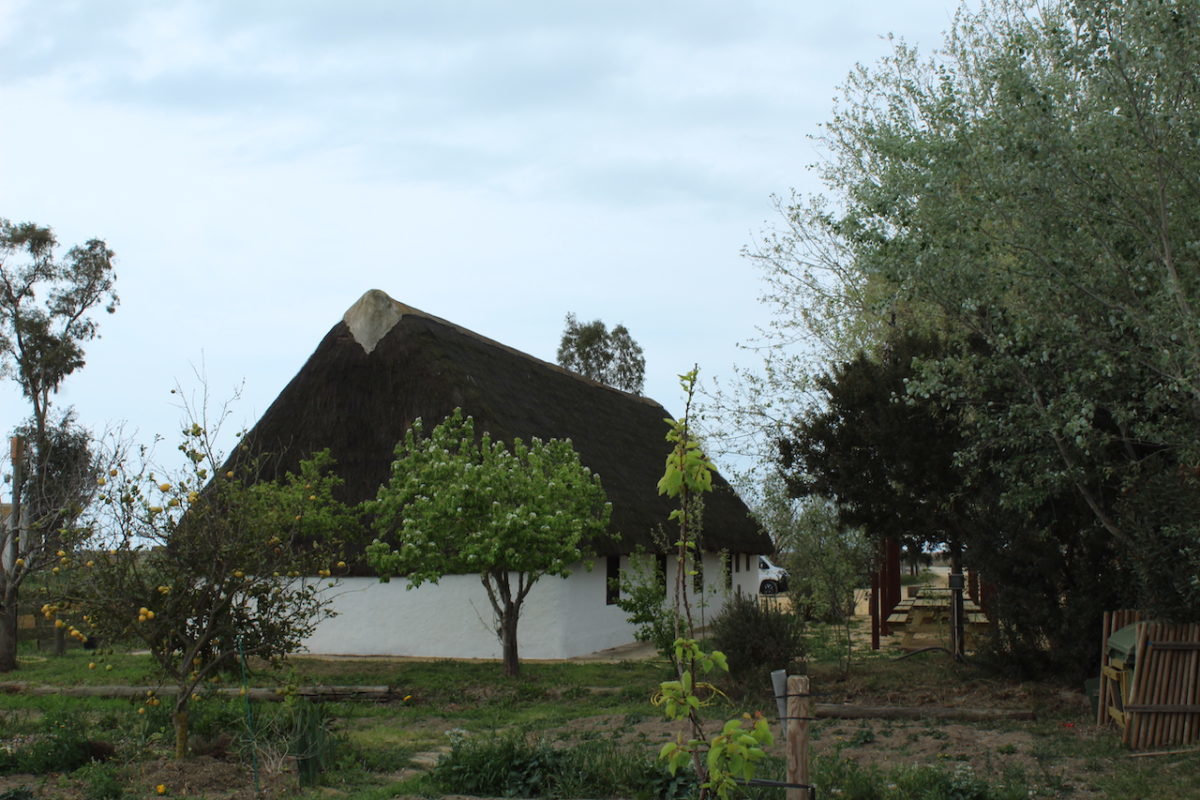 Like Polet, Anna is a member of the association of ecotourism of the Delta. They make an effort to offer quality tourist options, so that the authorities understand that it is better to have tourism with awareness, which has a positive incidence in the territory, rather than mass tourism. They are also working to have a real model of sustainable mobility, as moving around the zone by bike is a very plausible option, but not 100% safe at the moment (especially if the intention is to ride with kids). This initiative includes measures such as more accessible cycling routes, and better signposting.

Anna understands the essence of the Delta as a unique universe:
“The Delta has its own personality; one you cannot find anywhere else. Apart from its rice paddies, its flora and fauna, it has these winds which conform our unique light and breathtaking sunsets. I recommend people to take a bike and get lost in the fields and roads. Let the wind take you or let it not. Mingle with the locals and discover incredible foods. Remember this is not a comfortable place to be. Our beaches are not clean and white, but inhospitable and long. Basically, the Delta is uncomfortable. But also, spectacular. It’s captivating. Not anything tangible, it’s a feeling.”

Andreu
Another active member of the social movement for the Delta is Andreu, an activist and founding member of a rice cropping company in a natural reserve. He aims to promote eco-friendly agriculture in natural areas of interest. So as to make an actual change, Andreu believes in the importance of raising environmental awareness.

In this reserve, there is a subsidence measurer, an instrument that indicates the sinking level of the ground surface by satellite signals. He uses it to show the actual impact the regression is having. All the examples of rough weather explained before are evidences of the critical situation the Delta is going through, provoked by water scarcity and the lack of sediments, and worsened by climate change.

Andreu claims that “environmental policies are needed in the area, not short-term policies but mid-term ones, thinking of the territory’s needs.” He complains that the main problematic is the lack of sediments arriving at the Delta, as they get retained in the several dams inland. In order to gain land over water, it is crucial that more sediments arrive and get settled in the Delta. Nowadays, only the 1-2% of sediments that should be settling at the delta are actually doing so. With this data in mind, he defends all kind of activities in the area which are performed to preserve its biodiversity, and favor its huge environmental value.

Clara
Clara, who works at the same reserve, believes that the administrations should have taken action years ago. She explains there is an animated debate going on at the moment on what is the right way of addressing the problem. She states that the Delta has always been a non-stable zone, changing its physical shape naturally over the years:
“Because of the topography of the Delta, there is no natural barrier to prevent the sea from rising; only beaches and rice paddies. However, we shouldn’t try to reduce humans’ print with a bigger human action, but find a way of putting nature back in the equation so that it recovers its way.”

The agricultural activity in the Delta wetlands plays a key role on the preservation of flora and fauna endangered species: rice fields promote the conservation of biodiversity, being part of the animals’ diet. At the same time, birds eat invasive species that can harm the rice. However, if the sea rises and gets inland, rice paddies get flooded by water which is too salty for rice to grow properly. Then, rice gets harmed and crops become useless.

All in all, the Delta is not an easy place to describe. It is easier to understand it by going there, mixing with locals and understanding the idiosyncrasy of the zone explained by their own voices. This mingle of authentic maritime cuisine, vast landscapes of dunes, beaches and paddies, conform a resilient personality of villages who refuse to disappear.

Anna, Polet, Clara and Andreu are just a few examples of the tireless locals who continue promoting the territory’s growth. With experience, awareness and sensitivity, people in the Delta play an active role for the healthy persistence of the environment. A hidden natural gem trying to beat the sea incessantly. Not an easy battle, but definitely a shared one.

About the author: Laura Elias Casas is a secondary education teacher based in Catalonia, who loves telling stories. She is deeply interested in women empowerment, traveling and literature.