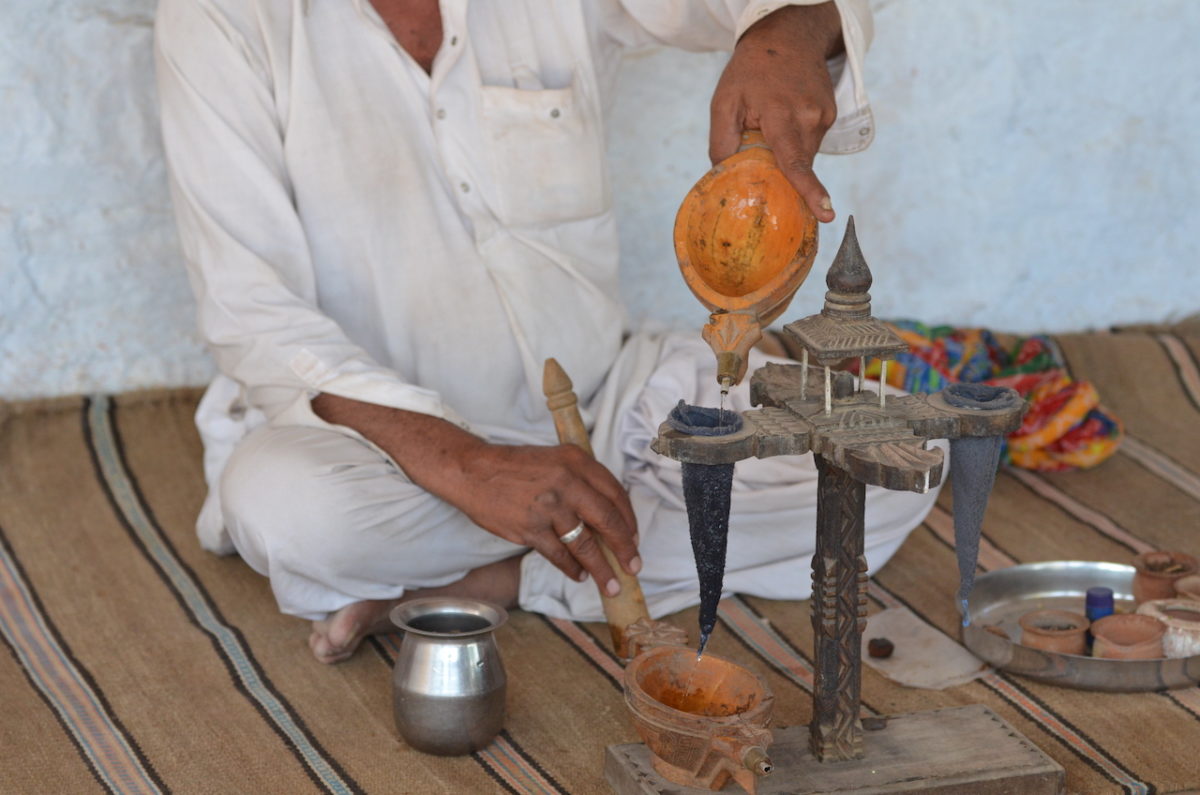 The Opium Eaters of India

From time immemorial, the holy river Ganges has flowed through fertile terrain, marking the food bowl of India. Thick sheets of white-petalled flowers once blanketed the banks of the river, as if the snow had rained down on the plains. This was a time when growing opium was commonplace in India. Soon, imperial lords of pre-independent India and their importers realized how frail humans are, how easily they can be enslaved with doses of this substance.

Today, a small commune in rural Rajasthan still counts on opium for its pain-relieving properties.
With the sun above our heads and our car heading down a sandy, rutted road, a particularly harsh landscape took over the rest of the journey. Bundles of thorny shrubs laid scattered on both sides of the road, having long remained untouched by rain. The lack of green outside and the dehydrated self inside helped us understand how high in demand water could be in a desert.
Soon, a squeaking wheel signaled the arrival of a camel cart. The camel chewing the cacti spikes seemed oblivious to the sun-baked land and its surroundings.

The passing giggles of a few ladies carrying kalshi (copper water pots) over their heads broke the disquieting stillness. Women with plaited hair that reached their hips, and faces half-covered by the ghungta (headcovering) that hardly slipped off their heads, made it easy to forget which century we were in. We spent the next few minutes chugging alongside patches of wheat and millets that were growing in the coarse soils of Rajasthan. The driver slowed to a halt after sighting an endangered blackbuck. The unexpected encounter reminded us of the beautiful half-black-half-white antelope’s claim to fame in India, which occurred when a bunch of so-called Bollywood celebrities shot one dead in an act of cocky valor. But in this part of Rajasthan, blackbuck roam freely in the wildlife sanctuary, under the close watch of the Bishnois—a closed community living by their 29 commandments, one of which is protecting wildlife and nature. In a world that is rapidly losing its forests, the Bishnois, in contrast, are a 500-year-old community that uses the bark of trees only when it dies naturally. 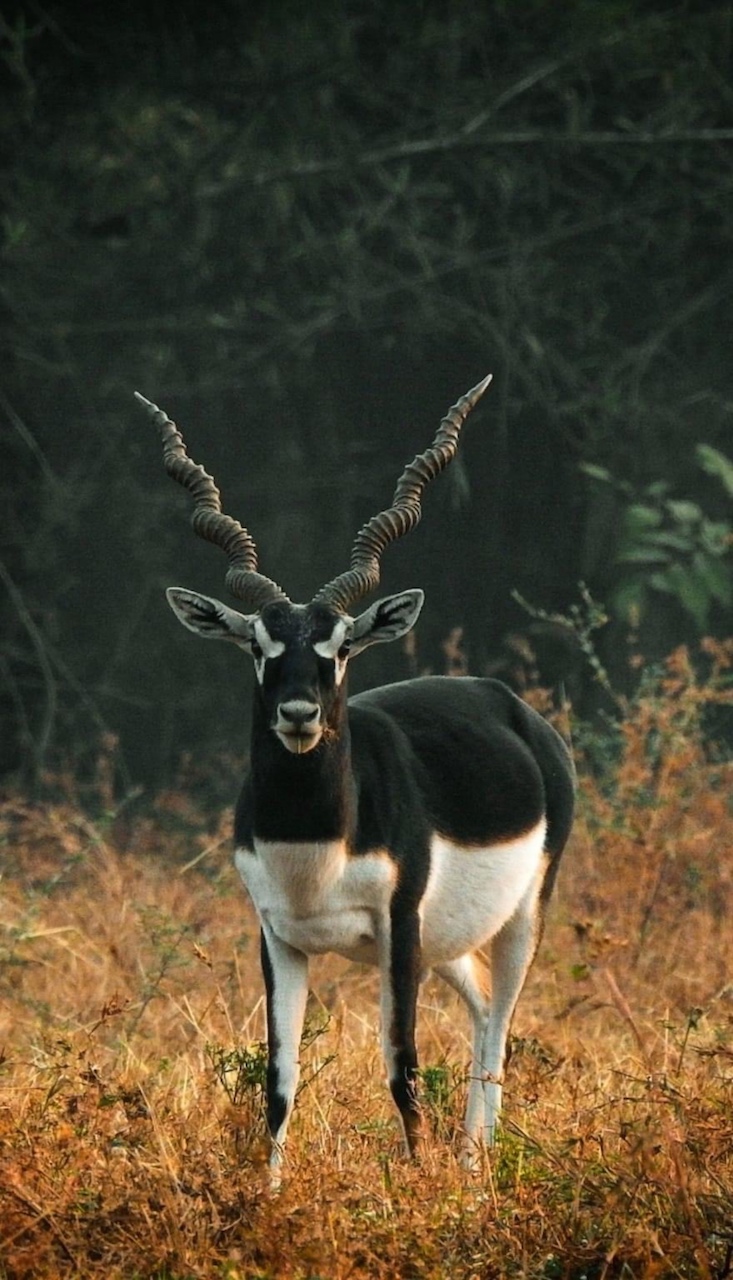 We entered the Bishnoi village and came across a few standalone mud-thatched houses extending to a courtyard, each house with a kathiya, a sort of bed made of rope mesh to lounge on. Those napping away in the afternoon stared down at us in curiosity. The lanes had disintegrated into rubble in a few places. Our SUV suddenly trundled around the bend of a lane to pull over at an entrance, and the guide informed us, “here we come to the opium eater’s house!”

The man of the house bowed his head, saying “Khamma Ghani,” the Rajasthani way of saying hello. I was awed to see no trace of fatigue on his face as he stood under the desert sun and waited for his guests to arrive. I guess the motivating force behind such acts is the rural belief that all guests are lord, a challenge to the ethos of the 21st century. 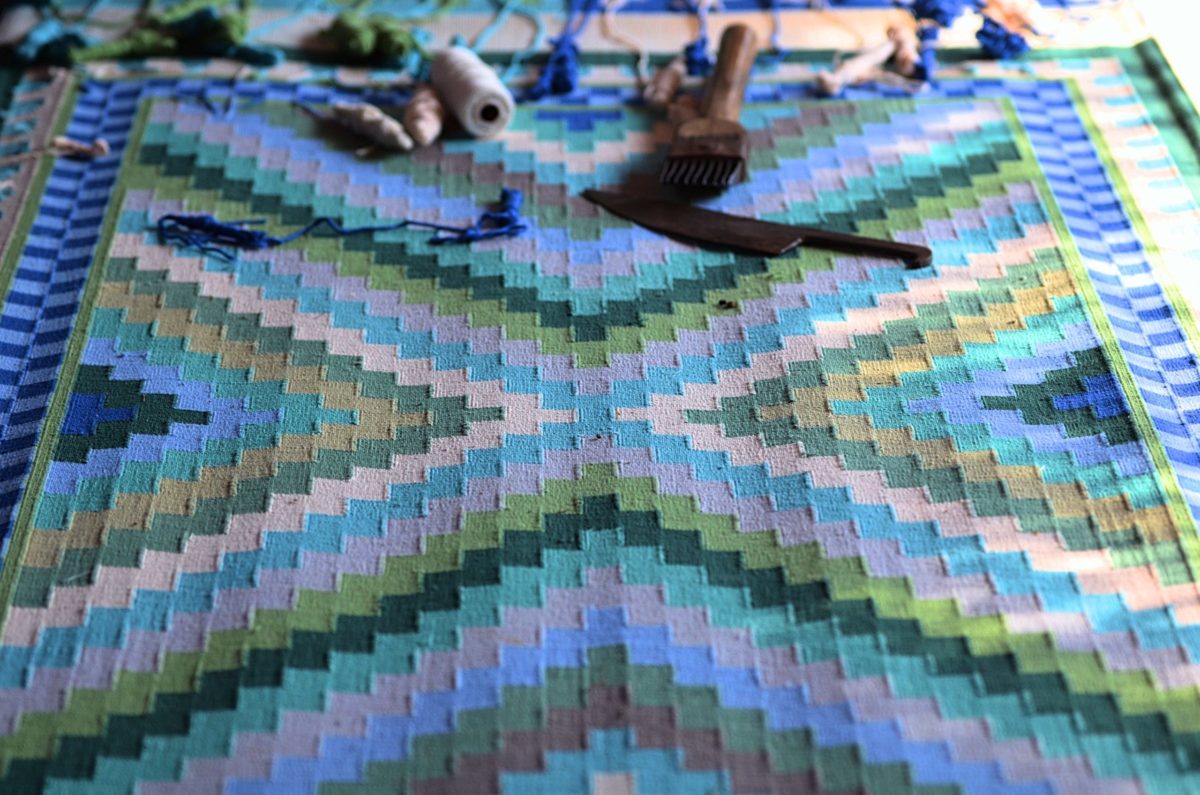 The turbaned man was of imposing height and a sturdy girth, with a grey beard that cloaked most of his face. We followed him into a room with almost no furniture to set eyes on.
We plonked ourselves down on the dhurries, a Rajasthani rug made of cotton yarn and camel hair. The man sat near an age-old strainer made of a metal funnel fastened with a muslin bag.
He took a small bulb of opium in his palm and started grinding it into a fine paste with the help of a wooden mortar and pestle. It felt like a craftsman melting old gold into a new ornament.
The  man had a sparkle in his eyes while making the decoction. He drained the liquid through fine muslin, the purest form gliding into a bowl, just like cold-pressed oil. Only this was no oil, but a liquid drug the villagers offer in ceremonies and weddings in this part of India. 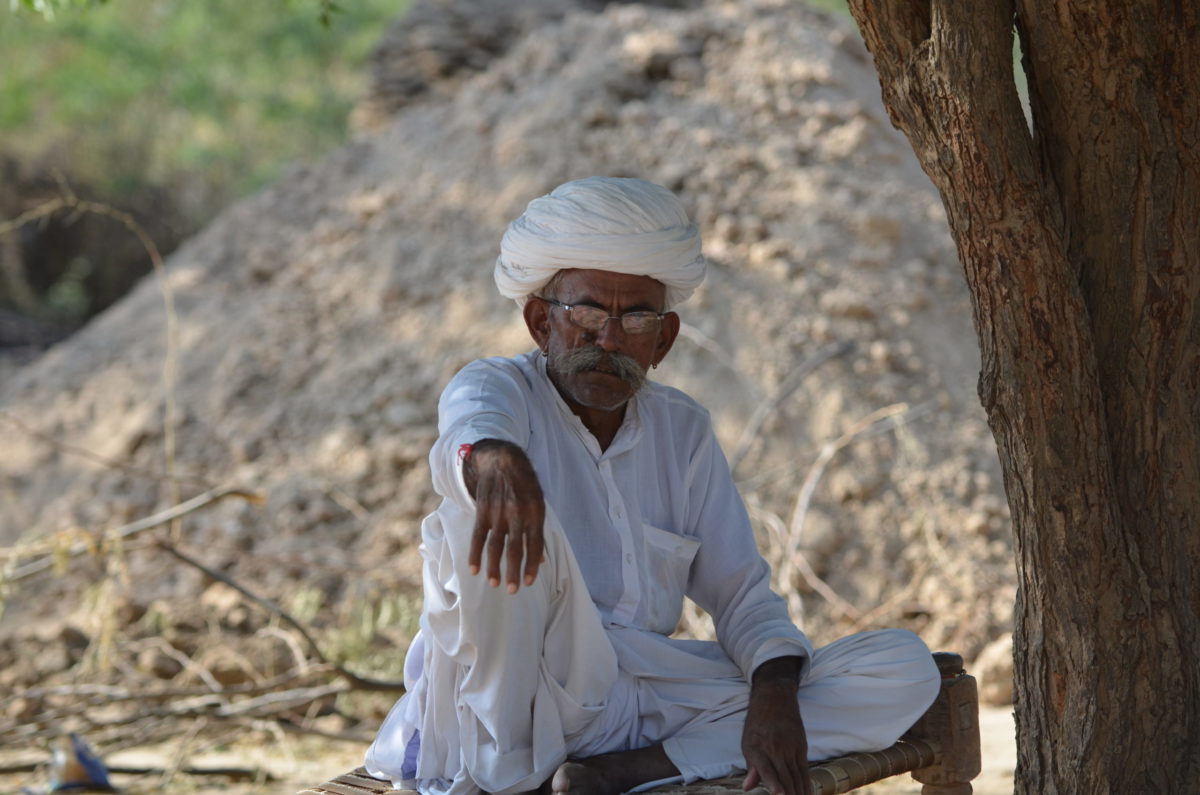 He offered us a shot of liquid opium, but I chose the tea in order to enjoy a brew stirred in camel milk that thickens into a creamy latte. In contrast, the man quickly drank the opium shot. The way he enjoyed the drink made it obvious that he retained a bounce of youth even to this day. I looked at him long enough to see that his eyes turned tranquil, and his face went pink.
The ladies of the house peeked out from behind curtains. The saris were so transparent due to wear and tear that anyone could see their happy faces and a big disc of a nose ring almost touching their ears through the ghunghta.

These sari-clad ladies served us lunch. While one busied herself stoking the clay oven fire and dishing out hot millet flatbreads lathered in clarified butter, others paraded by with their traditional fare. The thali consisted of gram flour dumplings doused in a spicy curd gravy, popularly known in Rajasthan as Gatte ki sabji, fried chilli fritters stuffed with potatoes, and a dessert made with poppy seeds, milk, cardamom powder and almonds. While attending to guests and cooking lip-smacking flavours, they were careful not to let go of their veils. 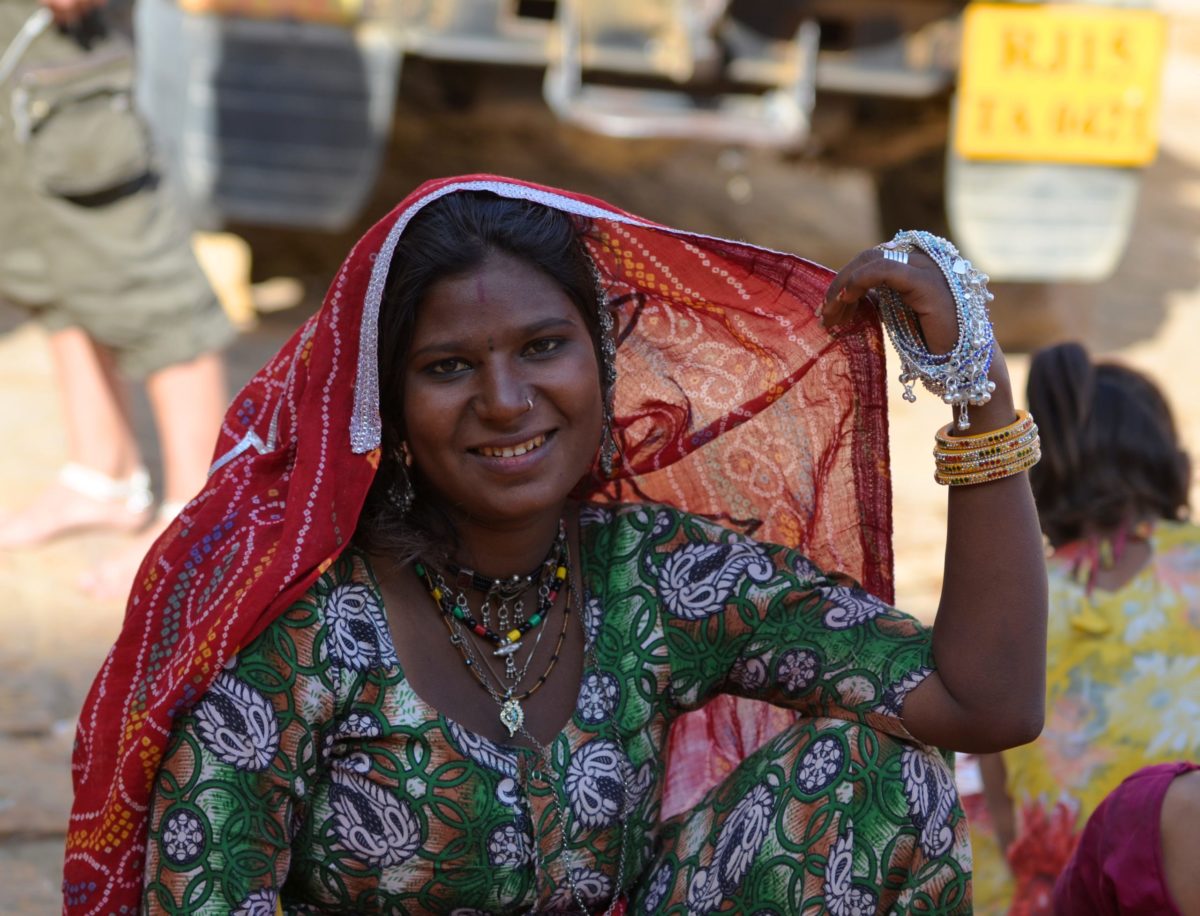 After lunch, as we stood facing the courtyard, the man informed me that if an opium-churned milk goes into a man’s stomach, he will spend the day snoozing under the shade of a tree. I felt like asking about his old father, who was frozen under the shade of a tree as if he was transported to the land of Tennyson’s poem, “The Lotos-Eaters,” where soldiers of the Greek hero Ulysses drank nectar from the sacred plant and remained inactive for the rest of their lives.
The entire village believed a mere dose of opium could heal all pain with the power to send all hyperactive people into a trance. In the old days, it did the same work the traveling midwives did with morphine.

“Such power can seize kingdoms and control the multitudes, can’t they?” said the man. “So now you know why the imperial lords increased the production of opium by curbing that of other cash crops in India,” he concluded with conviction.

Despite his ordinary clothing and life, there was something extraordinary in him, his light grey eyes and accented, fluent English (a feature unusual in this part of the country). As the sun mellowed deeper into the sky, we moved ahead, saying goodbye to the man. The village faded away as quickly as we had found it, taking us into the vast semi-arid desert, the land of Thar, also known as the Great Indian Desert. The sky cooled, and this time the dry earth that had felt so hostile looked mesmerizing with its ever-changing color palette.

About the author: Satarupa M.Datta is a world traveler and writer. Datta has worked with various travel channels based out of Mumbai, developing scripts for Taiwan, Portugal, Mauritius, Uzbekistan, Cyprus, and Egypt which aired in TravelXp 4k channel.