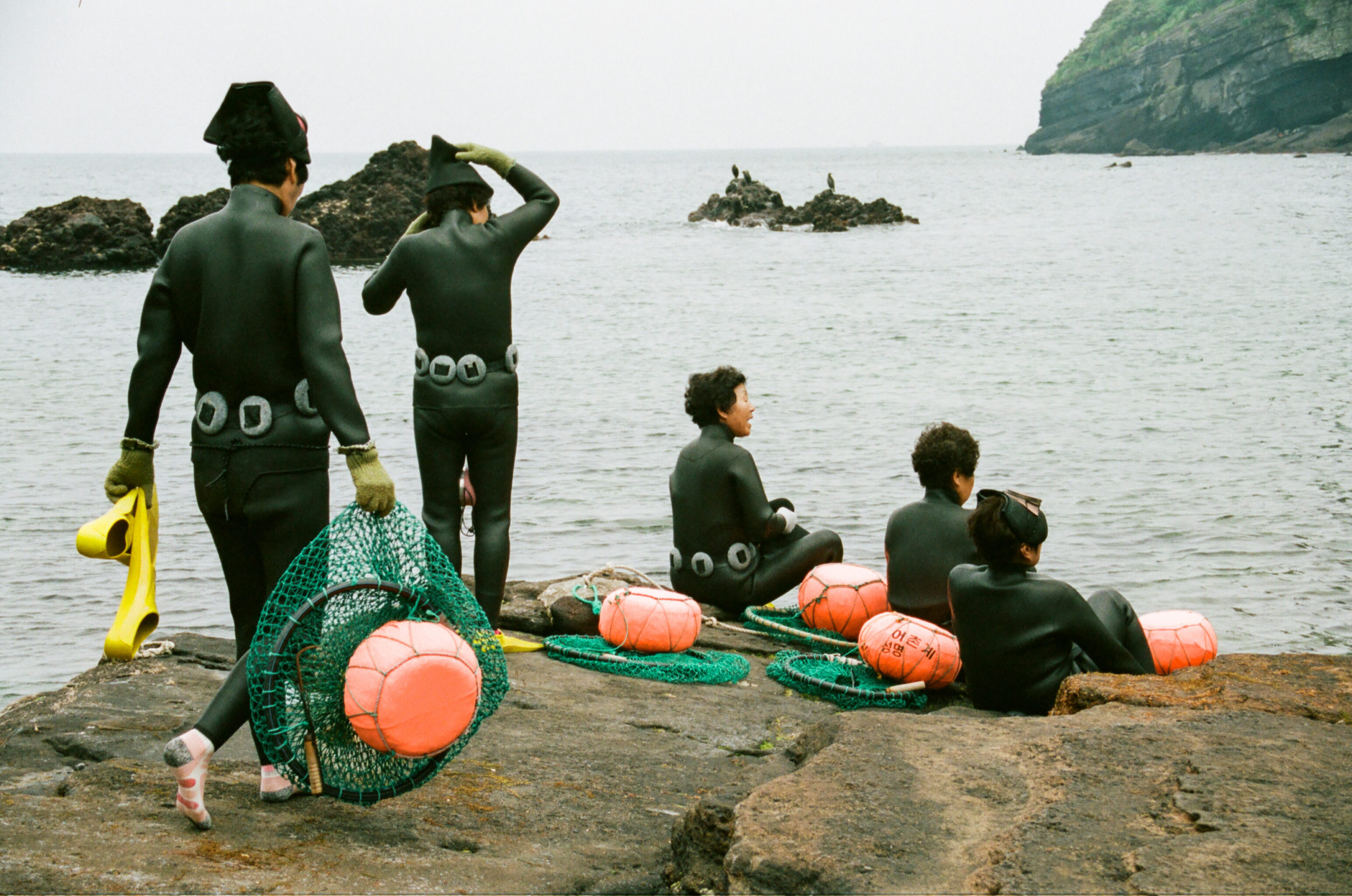 I used to dream of mermaids when I was a little girl. I would lie in bed fantasizing about life in the ocean and how I wished to one day meet one of them. Little did I know that they existed all along on the small island of Jeju, off the southern coast of South Korea. While they may seem like mythical mermaid princesses, they are called Haenyeo, which means sea women, and they are a community of women, many of them well into their golden years, who go diving 10 meters below the surface without the help of oxygen equipment. In their communities, they are referred to as “mothers of the sea,” or “warriors against the sea.” They gather shellfish, kelp, and other sea creatures to sell for food. The Haenyeo are inseparable lifetime companions and everything they gather they share evenly between themselves. 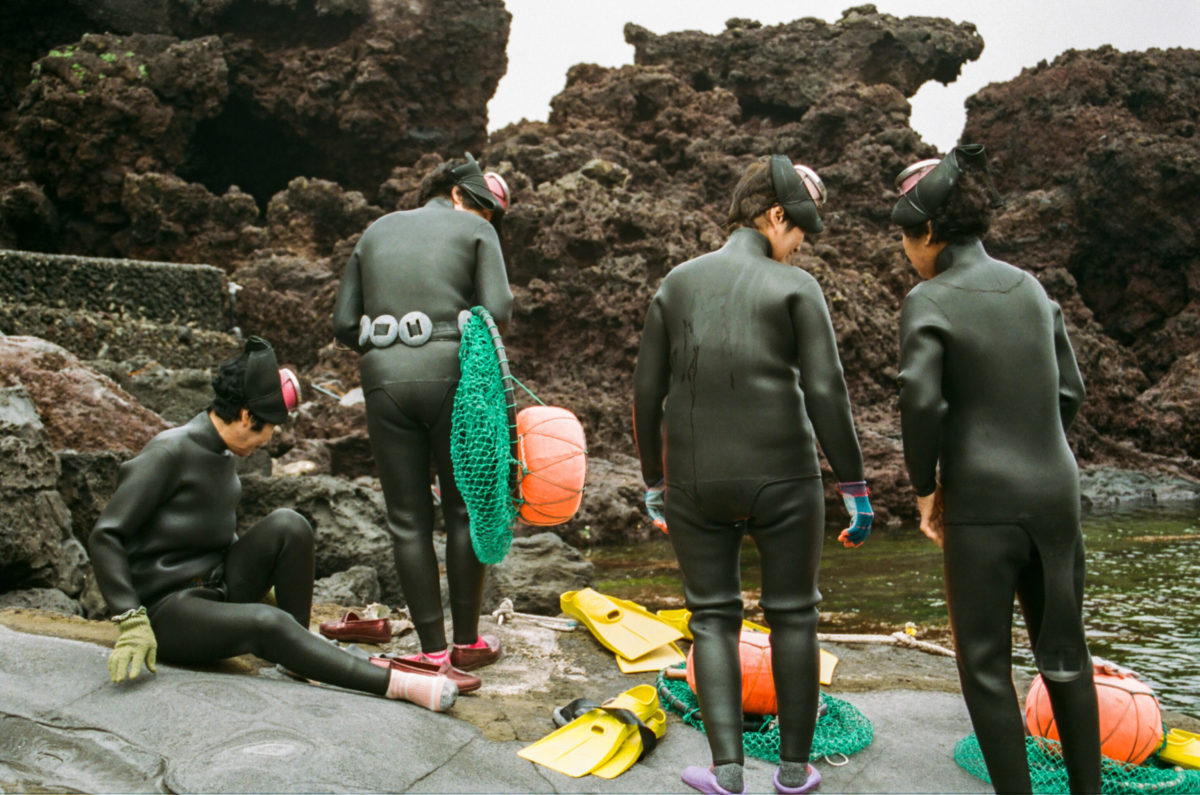 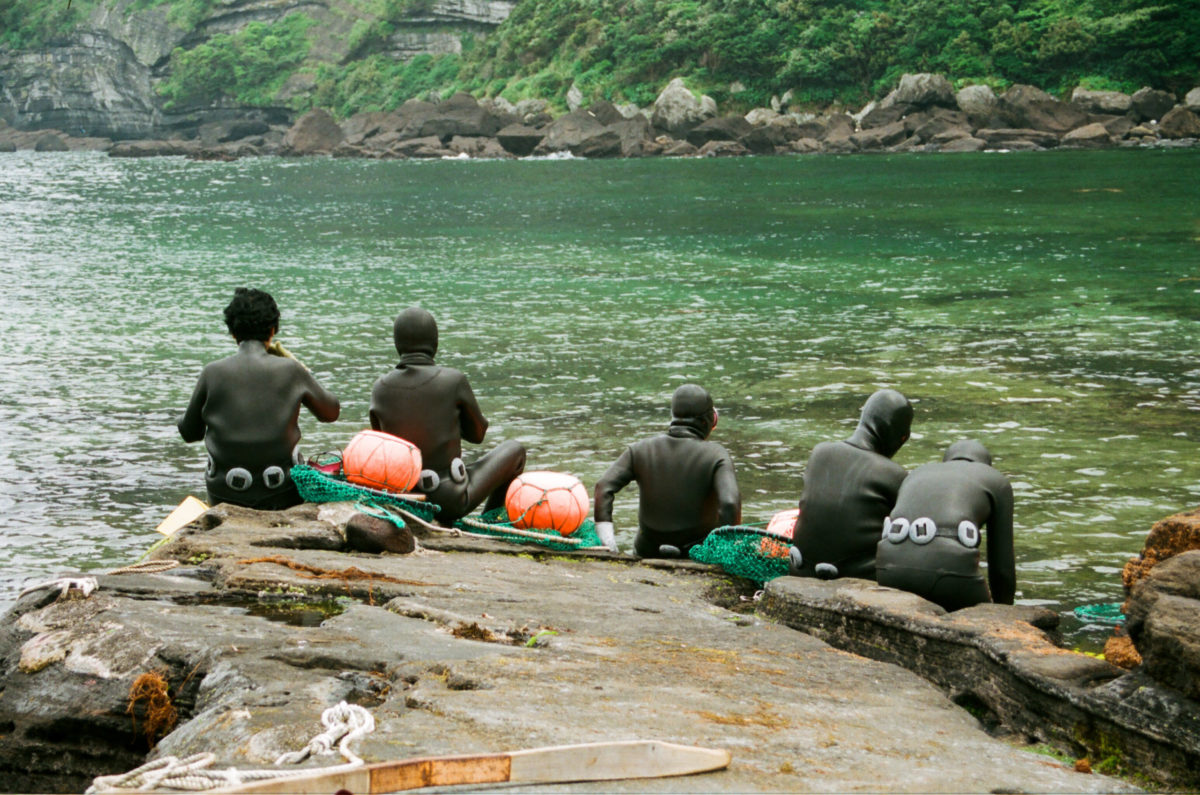 With their knowledge of marine life, the sea women harvest for up to seven hours a day, 90 days of the year, holding their breath for just a minute and making unique sounds when they resurface again. Before a dive, the Haenyeo say their prayers to Jamsugut, the goddess of the sea, and ask for a safe dive and plentiful catch. The Haenyeo of Jeju have elevated the status of women in their society in an otherwise patriarchal South Korea and are often the main breadwinners of their families. They are also responsible for promoting environmental sustainability on their island as their diving grounds are being affected by climate change. 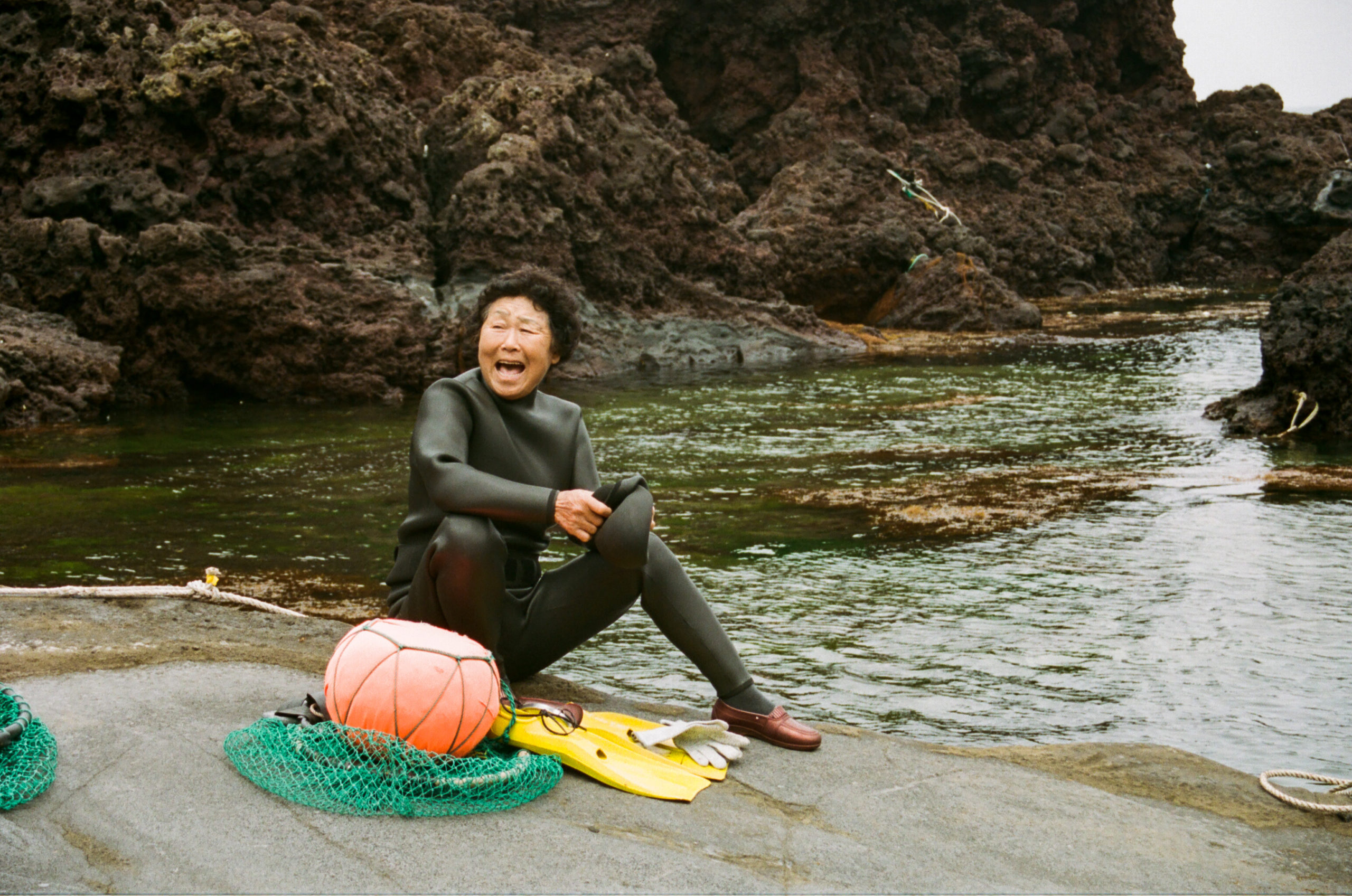 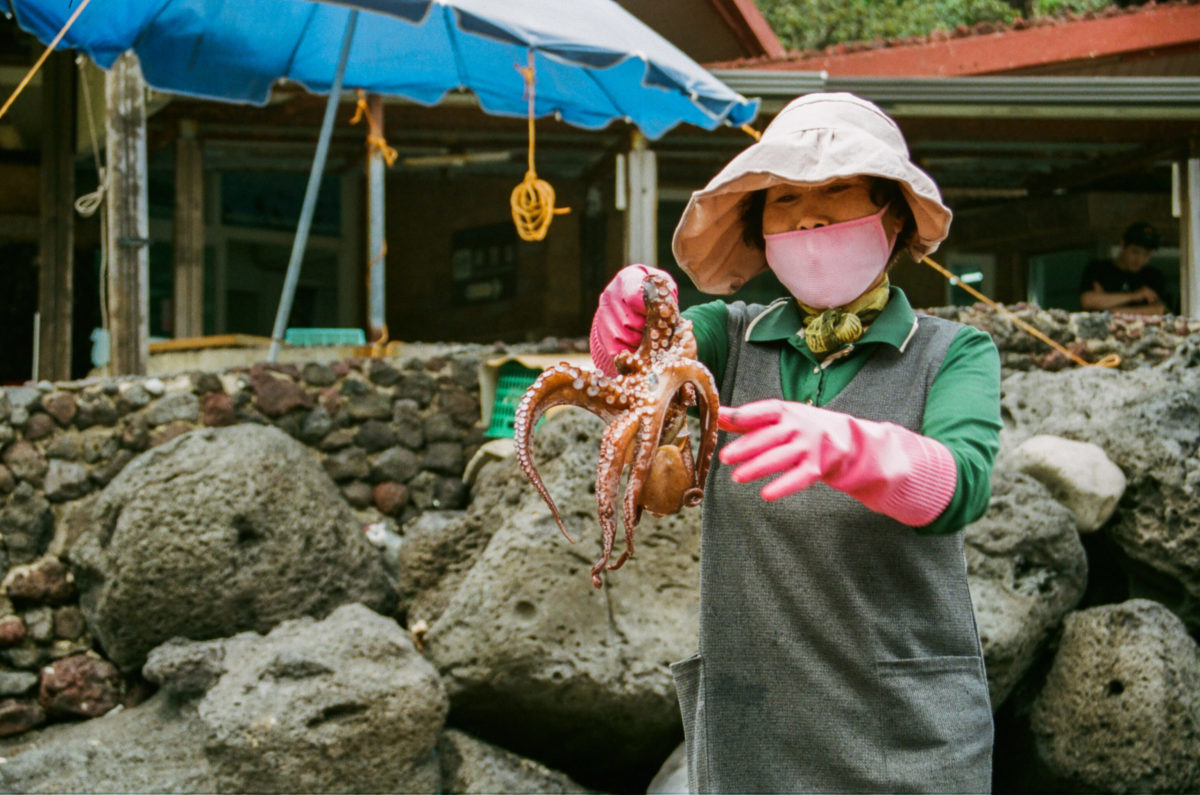 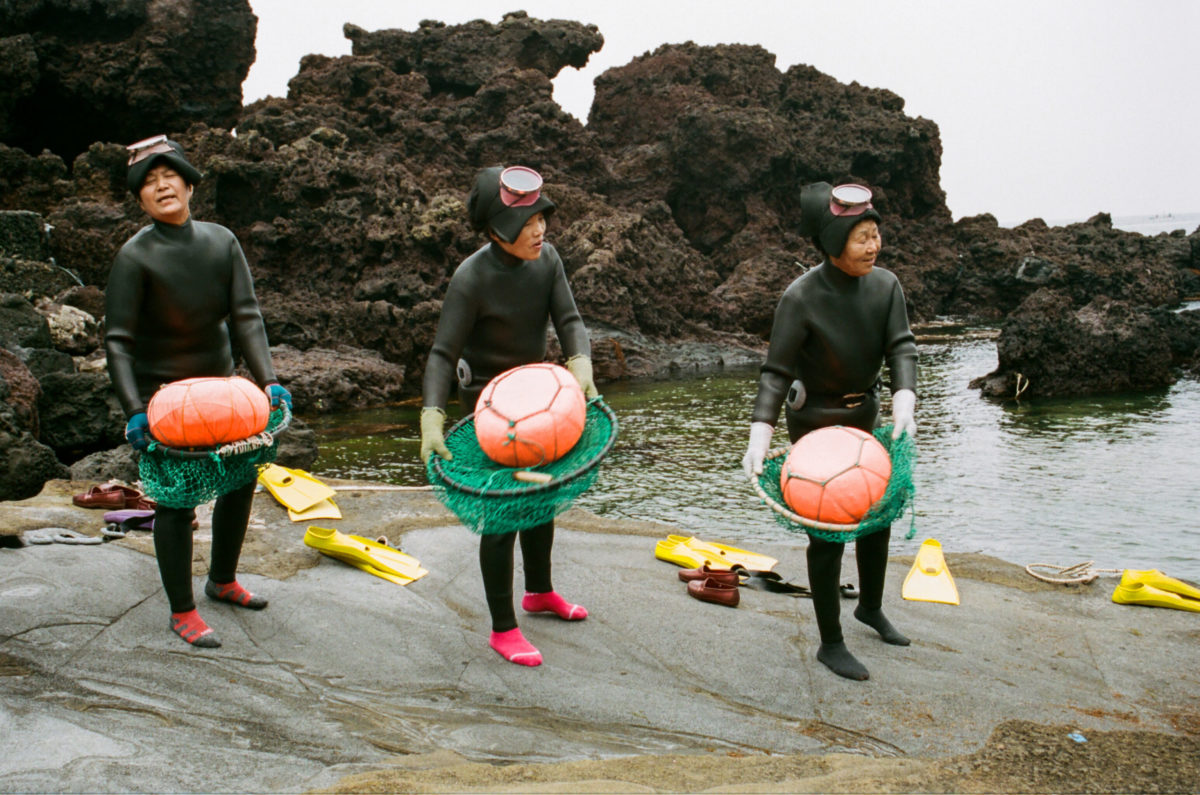 The Haenyeo culture was assigned to the UNESCO Intangible Cultural Heritage list in 2016 due to its unique history and the rapid decline of the number of Haenyeo. These are extraordinary women, and their commitment to each other, their love for the sea, and their fearlessness give me courage. I realize the Haenyeo are better than the mermaids I dreamt of as a child. They are real, badass women who defy social expectations imposed on them as women. So if you hear a child speaking of mermaids be sure to tell them the tale of the Sea Women of Jeju.

Sarah Fuchs is a Norwegian freelance photographer based in Amsterdam, who has previously lived in Bangkok, Singapore, and Seoul. She has spent most of her adult life living in the world’s busiest cities, but her love for nature and people is what drew her to photography. Sarah shoots exclusively on film, which allows her to slow down and connect with her surroundings in an otherwise busy daily life. Check out more of her photography on Instagram.