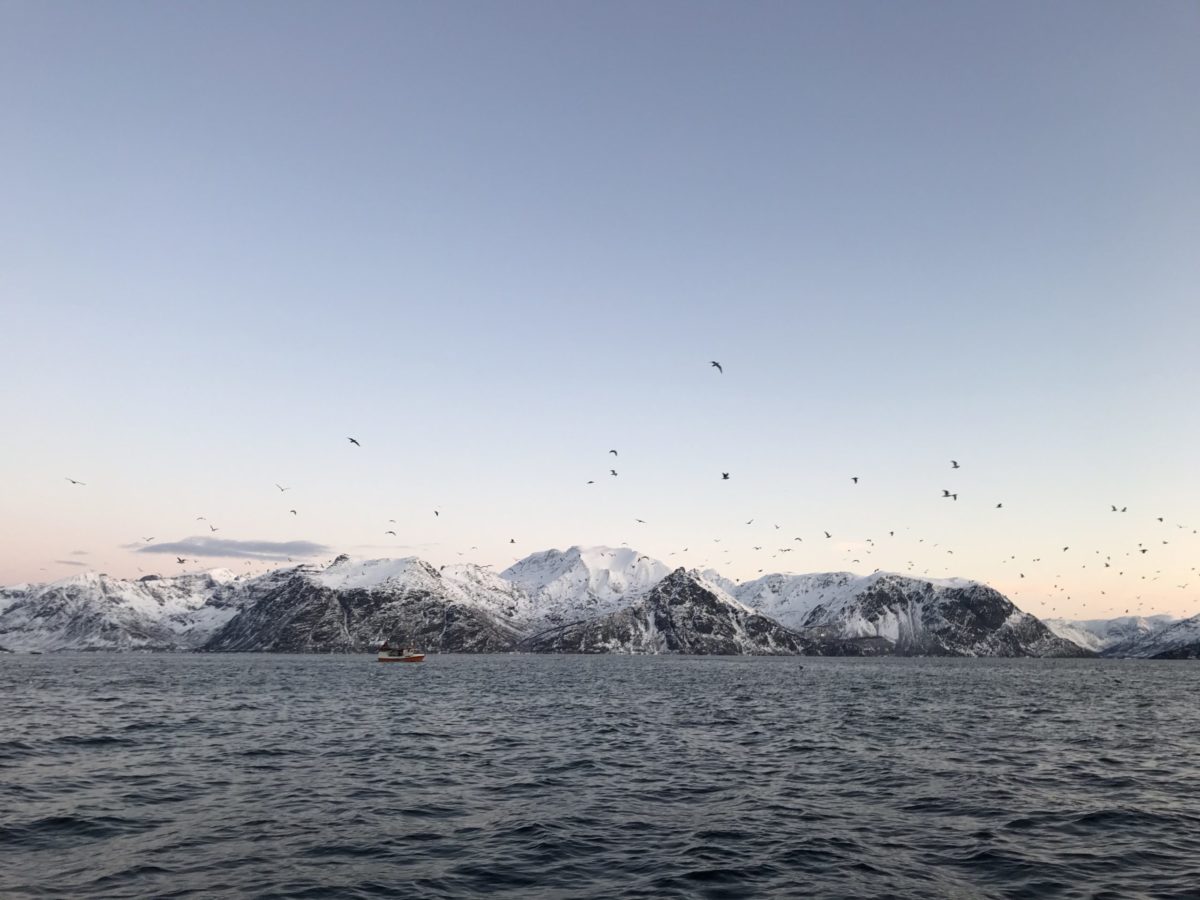 Colors of Winter in the Norwegian Arctic

“I don’t call it a dark season. I call it a colorful season,” boasted Svein, my host. The time is 9 AM but the light is just enough to make out the silhouette of the Lyngen Alps, decked in their first snowy scrubs. To give him his due, between the mountains the sun was beginning to rise and painting the sky in beams of peony pinks and canary yellows. We had a small window of time to be in the great outdoors before darkness returned, around 3 PM.

We boarded a rib worthy of a Norwegian James Bond complete with beer holders and thermal hood. Something I was grateful for, for as the sun rose the thermostat did not, sticking smugly at minus five. We traveled at full throttle down the channel between the island of Uloya, our short-term home, and the mainland. Whilst bombing along Svein told us stories of the fjord; moose in his garden and reindeers he had seen swim from one side to the other only to sniff the foliage, immediately lose all appetite and swim home. As he went to launch into another anecdote, something grew from the water and waved – the tail of a humpback whale playing on the surface between deep sea dining on shoals herring. For us, this sighting was only to be an appetizer.

As we ventured further out to sea and further from civilization next on the horizon were the bright reds, oranges and yellows of local fishing boats. Their cargo bellies so full of freshly caught fish they looked like they were sinking face first into the depths of the Arctic. They chugged along with hundreds of gulls in their wake, like a black winged snow storm. 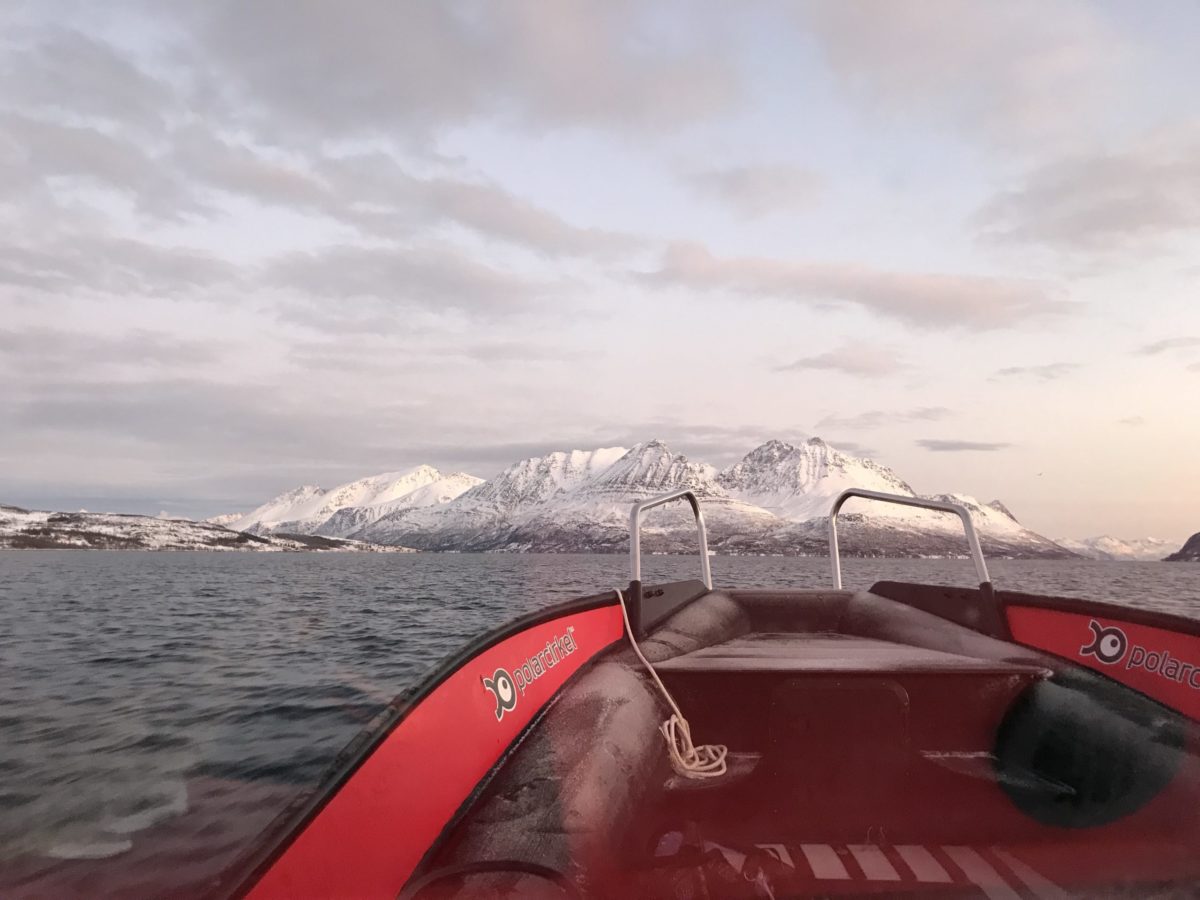 It had been half an hour since our correspondence with a humpback when, unannounced, a silent army on their first charge cut through the sea towards us. Orca. The engine was cut and for a moment we were sitting ducks. It felt inevitable that our limbs would make for the special on their lunch menu. Their power through the water was overwhelming but more so was their peace and tranquillity as they tore through the ocean. The moment was the very definition of humbling. Returning to my senses I was being prodded by Svein with a bag of gear – a dry suit. Wobbling with laughter he coaxed the equipment into my hands.

Fully clothed under my extra water proof shield of blubber, I trembled to the side of the boat. I knew I had literally no choice but to get into the water or regret it for eternity but with the sea lapping against my flippers and the dark fins repeatedly powering towards me I felt sick with fear. Svein let me buckle thrice before I got the impression he was losing patience with me as I rehashed breathing exercises and excuses on the side of his boat. Just my luck, as I shimmied into position, orcas fast approaching, a humpback whale surfaced as I plunged into the Arctic Ocean. As quickly as he had appeared, he disappeared – likely, bugged to be straddled by a braying woman dressed as a seal. I adjusted my mask and peered into the depths. All that starred back was a black and deafening silence. Then like the silhouettes of the mountains that had appeared from nowhere out of the darkness that very morning, the silhouettes of whales swimming through the depths in pods for three to five.  I was stupefied.

Food That Heals in Phnom Penh 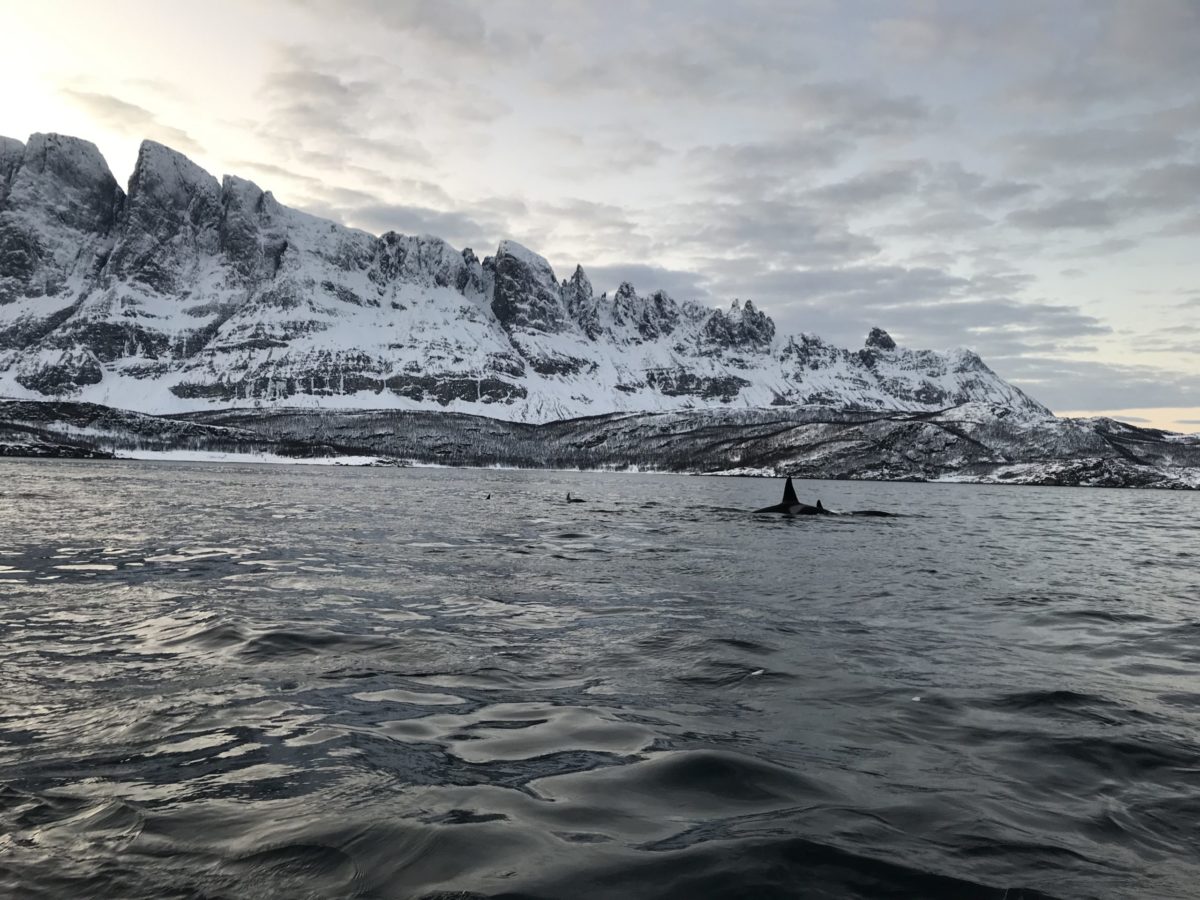 Stupefied to speechlessness it was clear Svein had seen this hundreds of times before. With a knowing grin, he had a final trick up his sleeve. Deposited back to the warmth of the lodge it was barely gone 3 PM but the darkness was heavy. We were given a couple of hours to regroup and warm our bones before we were thrust back outside. Hiking to a vantage point, our path illuminated by the moon reflecting off the white of the snow, we stopped to catch our breath. Then, with the same unannounced arrival of the whales, the Northern Lights stretched brilliantly across the sky. Their greens, blues and pinks reflecting off the water in the fjords below. Svein had been right all along, this was one of the most colourful places in the world.

Molly Kinnaird is a European luxury travel expert and author of the travel blog, Further.