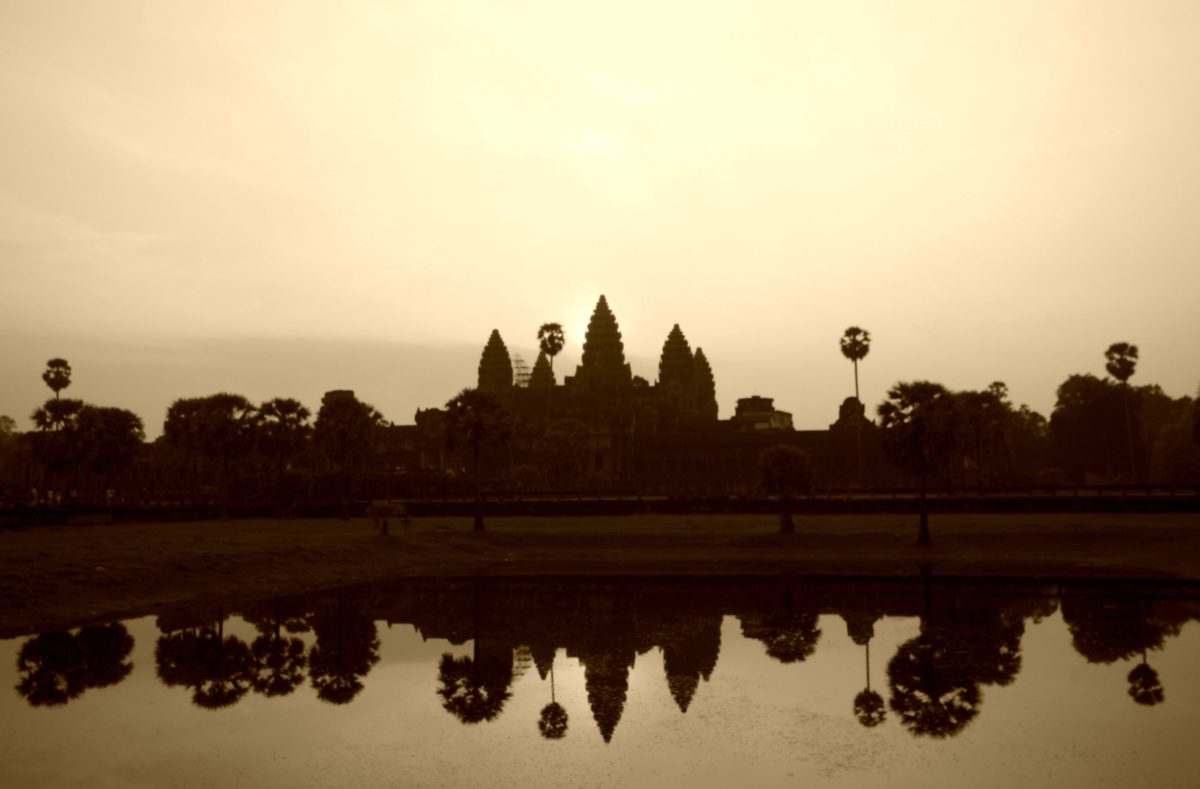 The Bittersweet Quietude of Siem Reap

It is as if the world has stopped spinning. For countries such as those in Southeast Asia, the disappearance of travelers has caused the daily rotation of life to stop in many ways. Things have been left behind so abruptly like an empty, creaking hamster-wheel still slowly swaying from the hamster that once kept it spinning. The insurmountable sadness and gruelling hard work of health workers of course bare no comparison to loss of the privilege to travel. However, the virus carries rippling consequences to countries whose economies depend on tourism. While restricted movements are necessary in stopping the spread, the loss of travel will bash their industries like a tsunami.

By comparison to the gradual reaction of this pandemic in the western world, in Cambodia it was sudden. A quick, but not painless change causing backpackers to flee, leaving a place that would further deteriorate from its already freshly forlorn state.

My recent trip to Cambodia began like any other journey would. Before leaving Dublin for Asia, my last few days at work was spent anticipating the temporary leave lying ahead. The pub where I work was, as usual, packed and bustling. My colleagues wished me a great trip and I looked forward to seeing them again in a while. Little did I, or any of them, know that we would soon lose our jobs. Even meeting up would soon be off the cards. None of us could’ve imagined that the Dublin we knew would soon be a shadow of what it once was, every pub boarded up, the streets deserted apart from blowing tumbleweed.

At the time I left, early March, Ireland, had no cases, while Cambodia, only one. All one could do was take health precautions and keep to themselves where and whenever possible. Cambodia was relatively safe and unusually untouched by coronavirus. The cases were suspiciously low, but then again, apparently the virus doesn’t travel well it heat, so it made sense. Life determinately, yet tranquilly went on. Thoughts of home were distant. The hot sun, red dusty roads and buffalos roaming the countryside streets made for a carefree setting. Days consisted of many frantic tuk-tuk rides amid the colourful Cambodian streets, sunsets, quad biking, iced coffees, swimming and drinking. Coronavirus had little impact on most of the trip, apart from the difficulty in understanding people beneath their masks.

Worldwide news on coronavirus began to dominate the air, lingering around like a bad smell. Soon, nowhere on earth would be free of the virus’s effects and travel would soon be the opposite of an escape. Eventually, due to rising apprehension, places began to empty. Angkor Watt, the famous complex of ancient temples, stood as if untouched amid the silence as it has been for thousands of years. Some might say Angkor Watt’s peace and natural state has been disturbed by crowds. Yet without the masses of tourists, the silence normally associated with peace was replaced with eeriness. Before long, every wonder of the world and major attraction would be desolate. The cherry blossom trees in Kyoto would not be featured in any selfies this year, the Eiffel Tower would no longer be enveloped in a spiraling queue and the only sound in Victoria Falls would soon be the thundering water. All these places, quieter than they had been in years, yet not restored to their original serenity, because how can they be when it’s a rotting presence that underlies their loneliness. Along with the knowledge that Ireland and many other countries had rising cases and newly imposed restrictions, a guilty twang would soon accompany me like an invisible hand, real but untouchable.

Fellow travelers with whom I crossed paths were as eager about their trips as if it was their first day. Many of them had a long roadmap plan stretched ahead of them. Siem Reap, the French colonial northern city in Cambodia, was only one place to be marked off on their long list of sights. Among the these travelers, it was a common favorite town, which said a lot considering how widely traveled those who favored it were. It seemed to become somewhere that people’s plans were flexed so as they could spend longer there. The local Cambodian people working in hospitality were warmly welcoming and uniquely personal about their service. Their jolly nature made it seem as if their means of making a living was a sincere pleasure. I, like many other backpackers, longed to stay in Siem Reap longer, as it deserved more attention than a mere weekend.

Unbeknown to these travelers, they would have to make Siem Reap their last stop or else risk extending their initial pit-stop stay a lot longer than they bargained for. Meanwhile, restaurants and hotels shut down with domino effect. Little information was available other than the distant news of borders closing and some airlines halting flights. Along with the rapidly dropping numbers of tourists, empty tuk-tuks, packed-up stalls, desperate vendors and desolate bars lined the streets where business recently thrived. The still-fresh coconuts lay waiting to be sold, with fewer and fewer people to buy them. Eventually, every hour spent there felt like it was on borrowed time.

The decision of whether to stay another night in Siem Reap was made for most people, when one morning, rumors that the airport was due to shut circulated the hostel causing backpackers to frantically pack. The streets no longer felt carefree, their beauty unnoticed underneath the looming threat of being “stuck.” Locally, a street called “Pub Street” closed down. Things were bad.

After a few hectic days of camping in airports, waiting on standby, looking up alternative motorbike routes to Bangkok, I gazed up at the repeated word “cancelled” written in red opposite almost every destination. Seeing them increase by the minute, I realized nobody knew what was going on. Yet, after lots of anxious waiting, with incredible luck, I was able to get on one of the last available flights home.

I returned home to Ireland, which had the same eerie atmosphere as Cambodia, demonstrating how the wave of this virus has covered the whole world, leaving us all in the same boat. Except, Ireland, and other developed countries are more likely to bounce back once this storm begins to pass. Unlike in countries reliant on tourism, the standstill of our bars, restaurants etc is not a matter of life or death. Those countries who host our adventures and welcome us are the ones who are getting hit the worst economically.

To be able to self-isolate is a privilege, just as travel is. Only the luckiest in the world are at home, bored and isolated. Because being bored is better than unsafe, home is better than stranded, lonely isolation is better than social infection. The virus itself, and its potential to affect the people we love, is all we have to worry about. Thousands of people have lost family members, many have been plunged into poverty, many are displaced around the world, some have had to watch their father’s funeral on skype, even when church is down the road. These are the people we need to think of when things seem hard. The pain and suffering people are experiencing is often faced alone due to social isolation. We are too aware of the evil invisible hand this pandemic brings yet too oblivious of the comforting one that cannot physically be there.

During this we salute the selfless health workers. In the future, we will cheer our glasses to them, roam freely, stand together not just in spirit, and thank our vendors once again. The world will go around again, all of us helping to spin it.

Aisling Moran is a social science university student based in Dublin. She is passionate about journalism and travel and previously interned with The Irish Times.