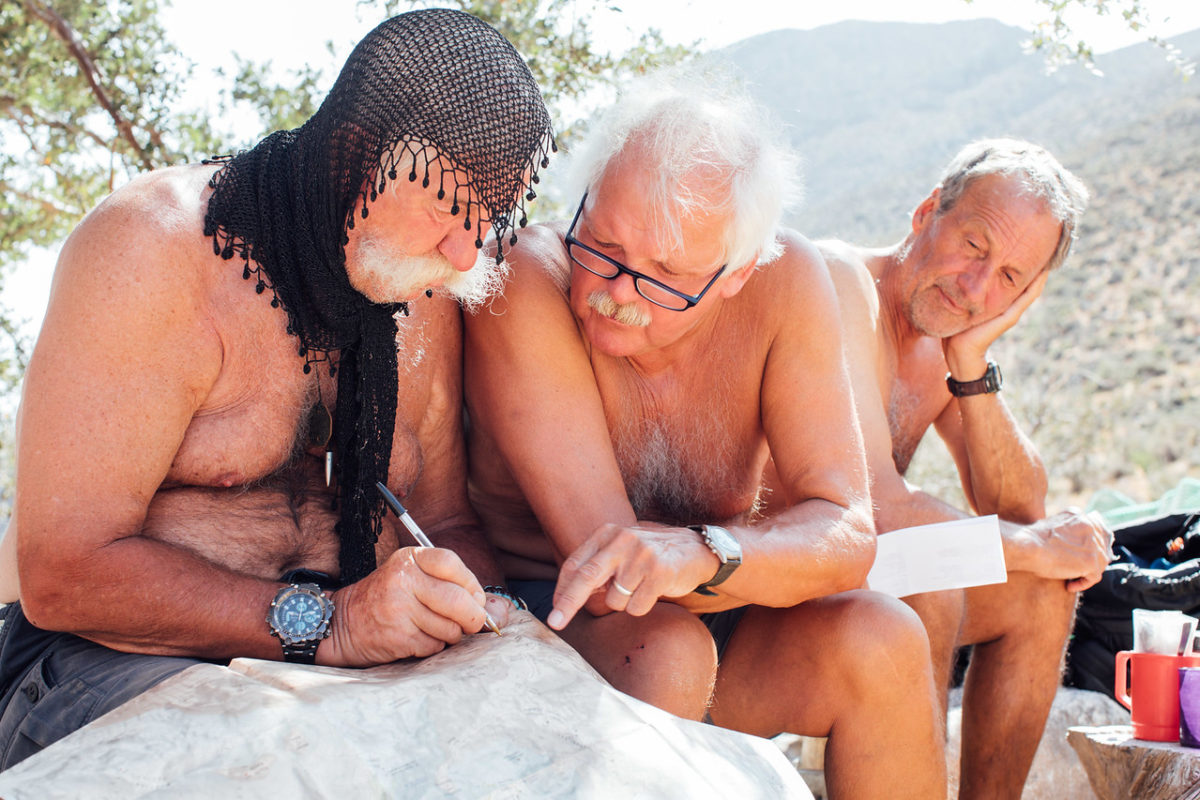 The White Mountains of Crete

Tony Blyth has been visiting the island of Crete for over 40 years, following in his father’s footsteps, who was there in May 1941 when the German invasion took place. He was very lucky to escape with his life; instead of surrendering, he went into the mountains and fought with a band of Cretan partisans.

At the age of 72, with two new ankles, Tony made the decision to take one last journey over the Mountains that have shaped his life over the last 30 years, as a tribute to the thousands of soldiers who walked this same path during the war.

The team traversed the bare, craggy peaks of the Lefka Ori, which lie at an altitude of 1,800 m (5,906 ft). Formed of pale, coarse limestone, the rocks here resemble the surface of the moon, and is one of the only high-altitude deserts in the world. It is incredible to think that around 20,000 Allies and Antartissa (resistance fighters) came together in this desolate, craggy region to resist German troops.

Although Nazi soldiers were able to push the Allies back through the mountains towards the South Coast, where they were met by naval forces, eventually the last of the Germans had no other choice than to surrender. A lack of ammunition and general survival supplies allowed Crete to regain its independence in March 1945 and the Allies were—and are—forever grateful to the inhabitants of Crete for joining forces and defending against the Nazis.

This short film documents the honor of traversing the same path as those who sacrificed their lives and fought tirelessly for their freedom. The short film was captured by Matt Porteous, as he trekked for 9 days over the White Mountains of Crete, The Lefka Ori, alongside his stepfather.

Matt Porteous is a Director of Studio M, a creative photography studio based on the island of Jersey. Matt’s love and delight in his surroundings is evident in his work as he captures and reveals the expression and detail that is seldom evident to the naked eye. His images are alive with emotion and movement; he enters the world of that image and allows us a glimpse of his excitement, his humor, his soul. From underwater shoots to commercial airlines, all the way through to photographing the most famous family in the world, Matt has experience working with an extensive range of environments and personalities. The love he has for his work, the people and places that he encounters along the way is apparent in the detail and perspective. There’s a cinematic quality to Matt’s ideas, and his daring nature lends itself to a harmonious relationship with emotive and raw photography and film. He demonstrates great sensitivity to the environment he is shooting in, whilst trusting his instinct to seek out unusual compositions and out of the ordinary ideas.