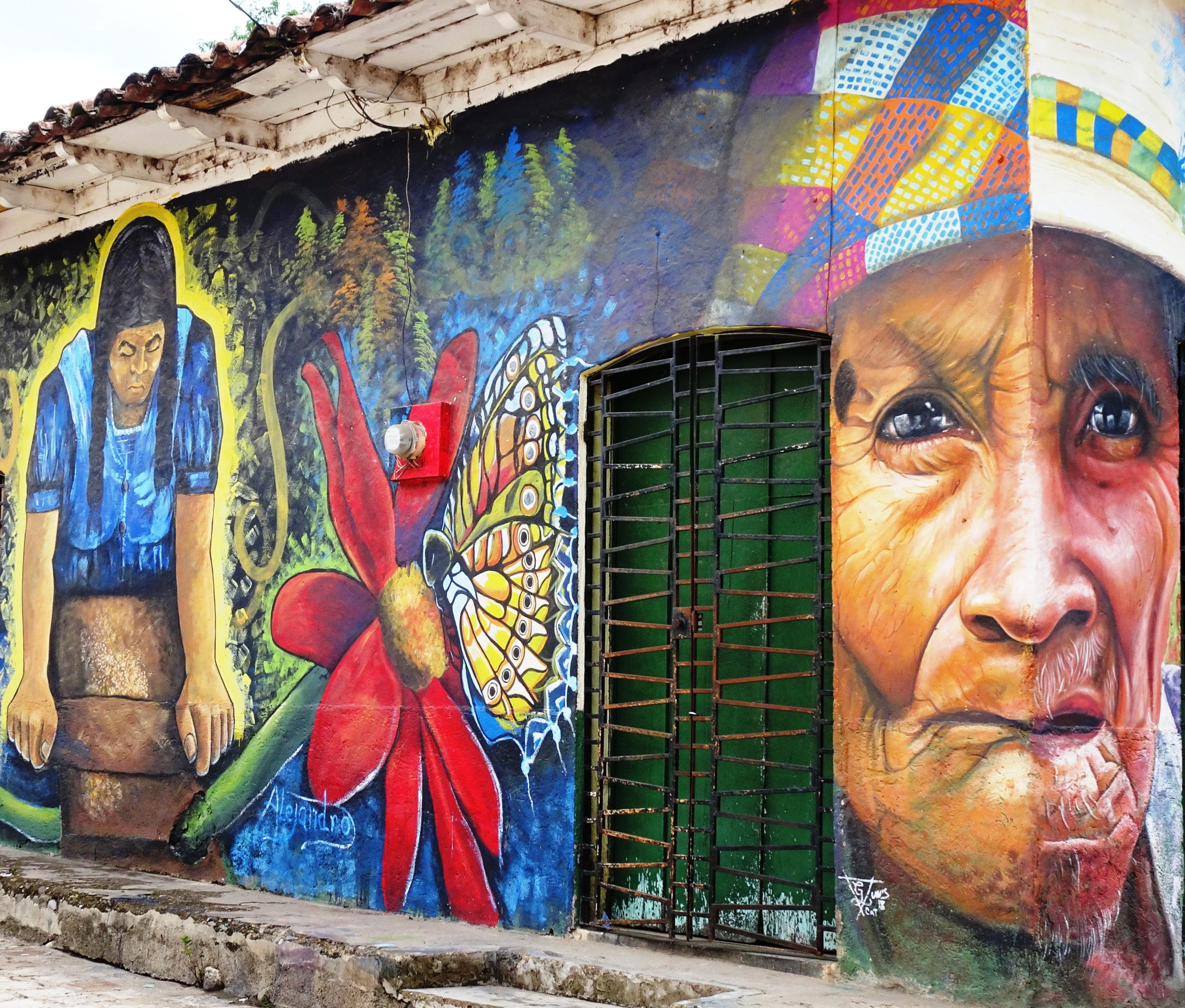 Honduras is the one country in Latin America which tourists tend to ignore. Many bypass the Spanish-speaking nation viewing it as poor, gang-ridden and dangerous. Yet those who look beneath the surface will find a country with white sand beaches, prehistoric Mayan ruins, vast cloud forests and charming mountainous towns and cities overflowing with art and life. The warm, kind-hearted and welcoming Hondurenos that live here are passionately devoted to God, their families and soccer.

I arrived in Honduras in 2011 to work at an American School in Tegucigalpa, the capital. The students I work with are mostly Honduran locals, with a few Chinese, European, Korean and North Americans mixed in. Nine years later, I continue to relish in the sunny climate and laid-back lifestyle, while savoring my travels to its colonial towns seeking out indigenous arts. So much so, that I now make Honduras my permanent home.

On a Sunday morning drive that took me through the damp, misty cloud forest of La Tigra, I found my way to the outskirts of the small colonial city of Cantarranas, a small city that is a vivid representation of Hondurans’ strong belief in their community. Driving up and down steep, irregular hills, swerving around sharp turns and tricky curves, I sped past the small towns of Santa Lucia, San Juancito and Valle de Angeles. Each mountainous city in rural Honduras is unique in its own right, but none of them compare with the unexpected and magical charm of the city of Cantarranas.

At present, 54 murals painted by artists who arrived from parts of Mexico, Chile, Argentina, Columbia and Honduras decorate and adorn Cantarranas. Each artist’s signature and date of completion is scrawled in a haphazard manner, topping off the colorful masterpieces. Artists and painters, like Fernanda Betancourt, Christopher Izaguirre, four members of the Sergio Martinez family, and Alberto Ramirez, a Salvadoran painter famous for his six meters long iguana posing amongst lilies and agricultural crops, depict the animals, vegetation, customs and culture of Honduras. In addition, sculptors, two among them from Italy, created stone sculptures that sit in various locations throughout the city.  Among the sculptures is a massive stone head that borders the city’s central park and rests in silent repose while taking in the hustle-bustle all around it. The stone sculptures and vibrant murals have turned the city into a creative and aesthetic mecca ensconced in rural Honduras.

In 2011, Javier Espinal, a local artist and coordinator of the city’s murals, proposed an artistic initiative to the municipality. They agreed to invest a large amount of money into adorning and enhancing the city’s colonial buildings. In an attempt to keep Cantarranas out of the reach of murderous and extortionist street gangs and drug traffikers, the mayor of the city also created a Violence Prevention Committee which helped to fund the painting of the “peace promotion murals” created by 40 artists who descended upon Cantarranas in April, 2019, during the celebration of the “Third Meeting of Muralists of the People of the World.” Espinal, an influential leader in helping to turn the city into a tourist attraction used the facades of the restaurants, cafes and markets as massive canvases for extraordinary paintings which depicted the history and heritage of Honduras, transforming the municipality into a virtual outdoor art gallery.

Cantarranas is an extraordinary representation of street art, comparable to Lima, Peru’s Barranco District where many famous Peruvian artists have been encouraged by their government to beautify the area using street art, murals and graffiti. Both the street art and murals of the Barranco District and Cantarranas creatively depict the warmth and humbleness of a people who cherish their traditional culture and values, while displaying them through captivating artwork that captures the hearts and minds of all who venture there to view it. Every cobbled street I encountered during my visit, and every corner I turned, brought me face-to-face with another chipped and rundown cement wall veiled in messages created through impressive murals and graffiti. 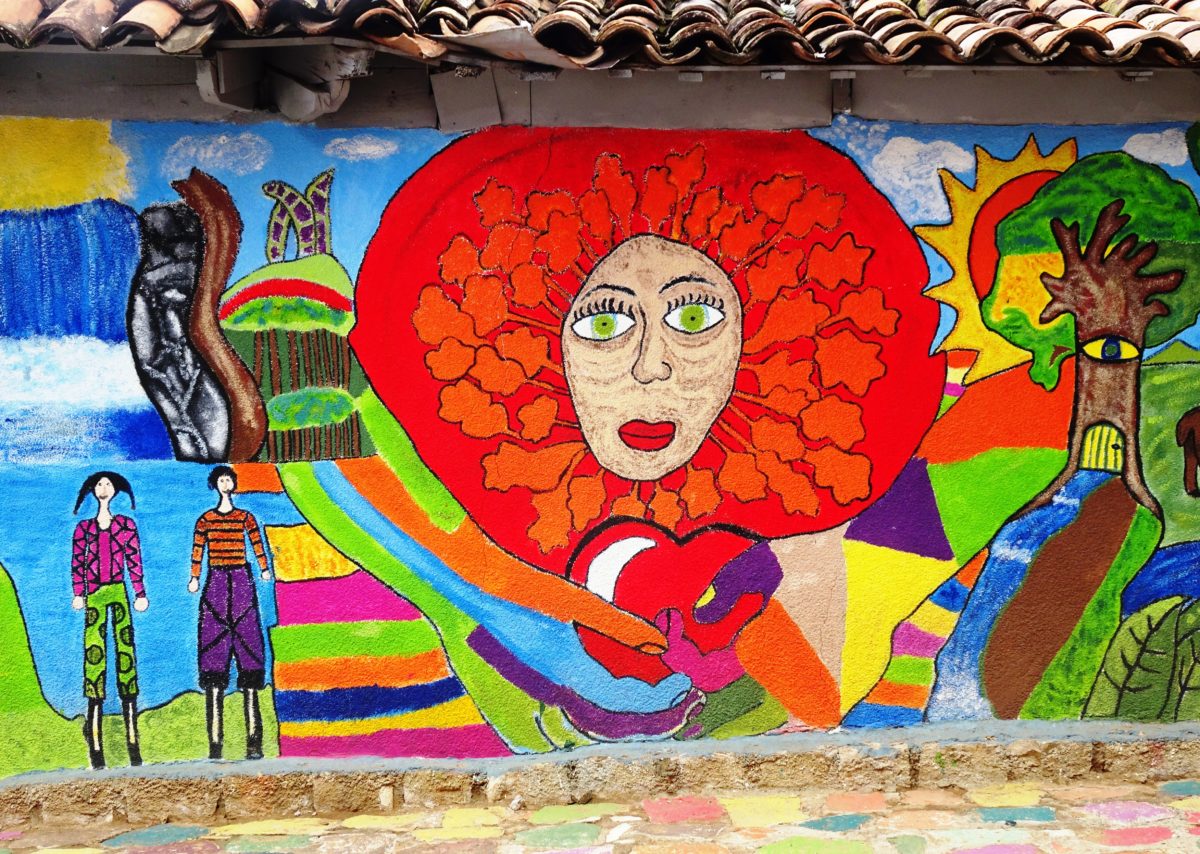 Exploring the picturesque City of Murals, which sits amidst the verdant, forested hills of Honduras, was like finding a luminous haven enshrouded in color. The offbeat towns and villages of Honduras truly have a great deal to offer those visitors who are curious to seek out the unexpected. Days after returning to Tegucigalpa, the vivid images of the radiant murals I encountered that morning stayed rooted in my memory. The city of Cantarranas will forever represent to me, a true refuge of beauty and ingenuity.

About the author: Jill Dobbe is an international educator, travel writer, amateur photographer, and author of three travel memoirs, who writes about her experiences living and working in schools and countries around the world. She presently lives in her seventh country, Honduras.