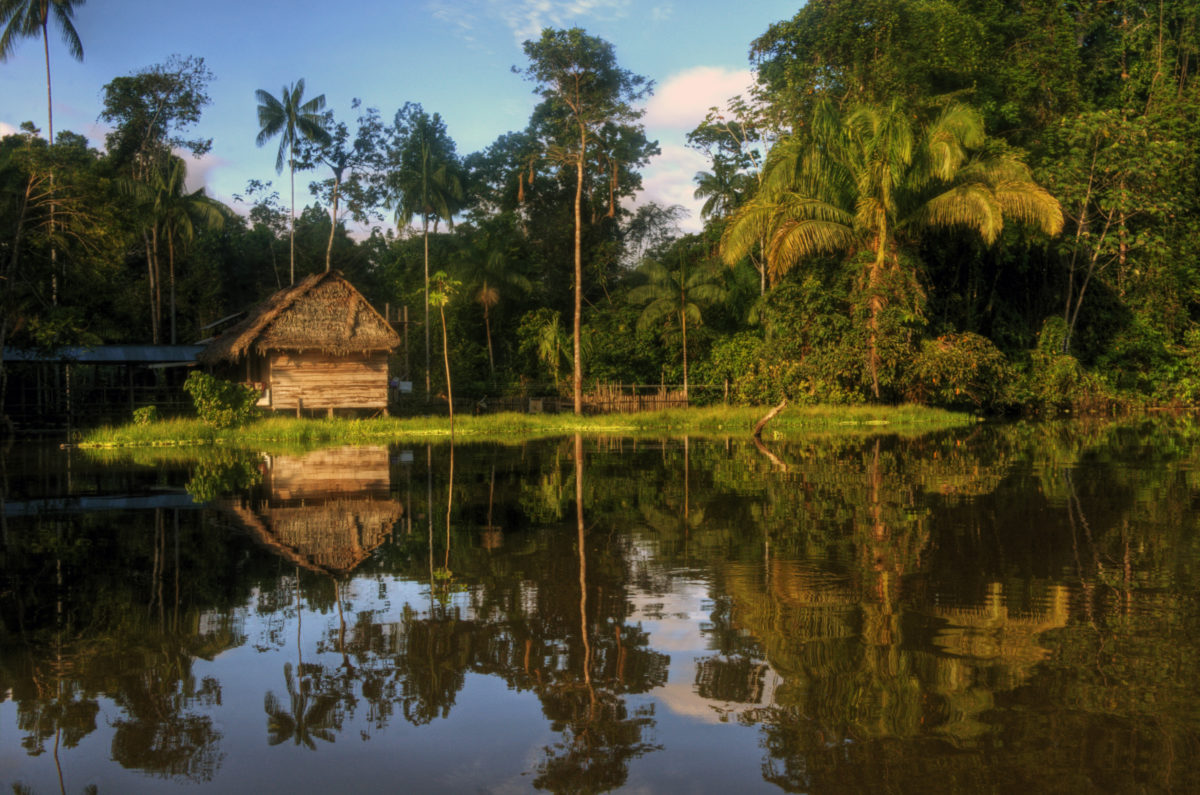 Deep in the Amazon, a World Unknown and Unknowable

As we lowered through the clouds on our descent into Leticia, the world we were entering suddenly took on a new life and meaning. It had existed in our minds before as an idea, fueled by stories of unparalleled biodiversity and captivating legends of ruthless and seductive anacondas, tarantulas, and unspeakable river monsters. What lay before us was a vast sea of thick, tropical rainforest as far as the eye could see. There wereno signs of human life aside from the airstrip, a small cluster of simple tiendas, and a series of stilted river-side abodes that made up Leticia, the hub of Amazonian operations.

From above, the jungle looks impenetrable and hostile, yet magical and mysterious—captivating the imagination and igniting a deep-seated yearning to understand and explore the unknown. In the Western world, this yearning is often left unsatisfied. Our collective consciousness is ruled by an objective, scientific model of understanding that attempts to explain away all shreds of subjective meaning and mystery. With all the blank spaces filled in on our maps, there is little room for the unknown. The Amazon, on the other hand, is a world that is unknown and unknowable. Endless jungles teeming with life—too dense and vast to explore and categorize. Ancient rivers filled with dolphins, anacondas, and pirañas—constantly clouded, obscuring whatever else may live and hunt in those depths.

Sprinkled throughout the jungle are cultures that have learned over millennia to thrive in the heart of la selva, possessing an unbelievably robust knowledge of the plants that surround them. Of the infinite combinations of the thousands of plants that can be found in the Amazon, the indigenous know exactly which can heal ailments, can paralyze and kill, and can facilitate profound mystical experiences. How they acquired this wisdom is impossible to explain. But Western science tries its best: attributing the acquired knowledge to “trial and error,” the only logical explanation.

Leaving Leticia, the stilted homes lining the banks of the Amazon River dissolve into the thick vegetation of the rainforest. The coastline springs to life as the cacophony of jungle noises begin to separate into the distinct sounds and songs of each of its participants, from waves breaking, to birds singing, to trees dancing in the wind.

Turning off the “Big River,” we reached an area known as Río Amacayac that is home to a community of Ticuna, one of the most numerous indigenous groups of the Amazon. Most of the Ticuna on Amacayacu live in San Martín, a village of 650. With only a few basic thatch-roofed dwellings visible from our boat, we watched as hoards of children played in the river and climbed up into the forest canopy as the women peacefully washed clothes on wooden rafts tied to the shore. The river—the one filled with the anacondas and unknown creatures that haunted our dreams in anticipation of the journey—appeared to be the hub of all activity in San Martín. 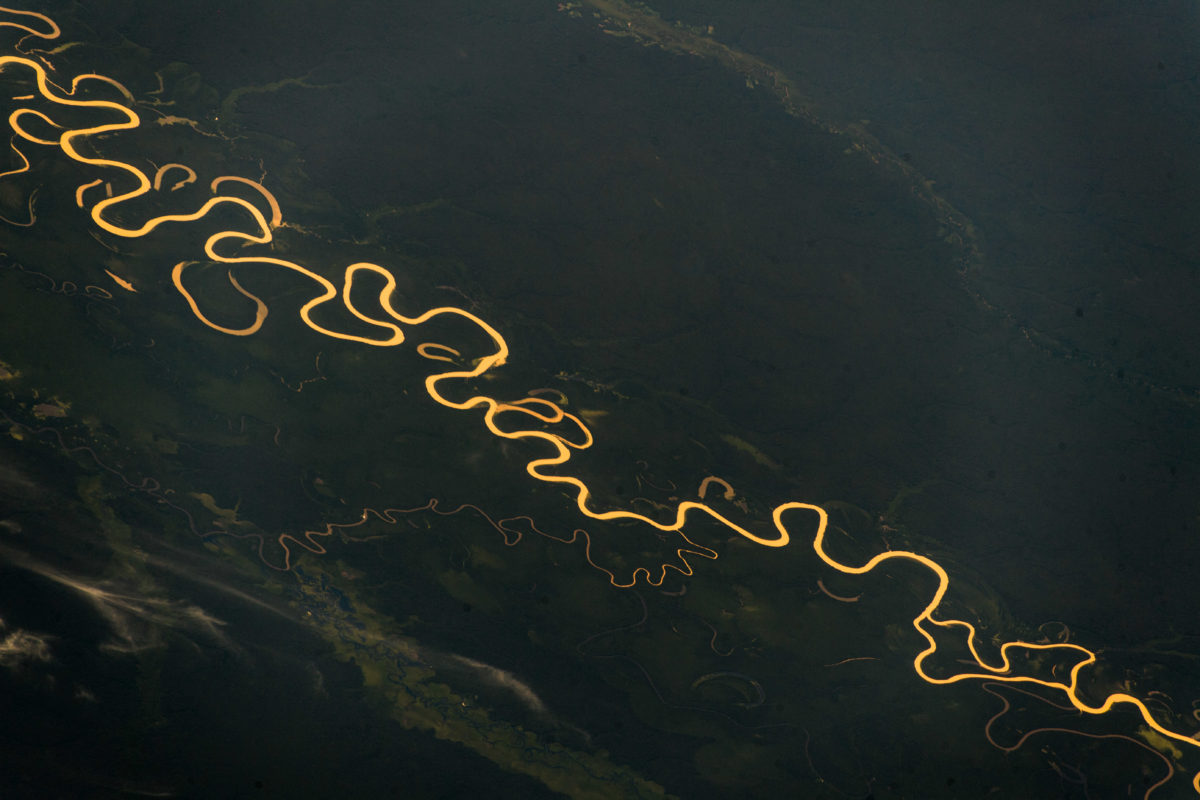 A few miles up-river, we reached our home, a small complex of isolated bungalows constructed by two Tinuka elders—“Don” Agusto and “Doña” Maria—who had left the “big-city life” of San Martín for quiet and solitude. Built with only that which could be gathered from the land, the jungle compound revealed the remarkable resourcefulness of the Ticuna.

Agusto and Maria have begun hosting travelers as a way to sustain their life of tranquilidad, and to teach outsiders about their culture. Sitting in the kitchen as the Doña cooked a meal of local fish and exotic fruits grown in their garden, Agusto recounted Ticuna folklore, attempting to begin explaining the cosmology of his people.

The mission to understand each other was a complex process and one that is far from complete. The juxtaposition between our outside lives could not be more pronounced. They live as the vulnerable inhabitants of a jungle filled with creatures that could easily kill them at any moment, while I was raised in the concrete jungle of New York City, where natural danger is controlled and mitigated by human domination. Their small pocket of the jungle is the only world they have ever known, and their sense of place entirely defines who they are. I, on the other hand, have spent 10 out of the last 12 months living on the road out of a backpack, unsure of what place I can technically call my “home.”

Their perspective was formed in a world where all natural entities are living and imbued with meaning, spirit, and mystery—where they are a part of an interconnected fabric of life. While I have grown to lean towards this perspective, the culture in which I was raised was one ruled by science, where all entities are merely collections of vibrating, unconscious particles and humanity is entirely separate from nature.

But as the days went on, we learned from each other and connected, recognizing our shared humanity despite the vast differences in our world-views. Absent from any sort of measurable material wealth, technology, prestige, or power over others, Don, Doña, and their family are remarkably happy and peaceful people, more so than anyone else I have ever known. It can be seen in the light of their eyes and in the way that they speak, as if singing back to the birds and contributing their part to the ongoing song of the jungle. When the family is healthy and fed, there is nothing in the world to worry about. Connected and related to everything around them, life is filled with meaning. When the skies open up and rain and thunder plunged down on the world, Don Agusto would look up and say “Dios habla,” God Speaks. 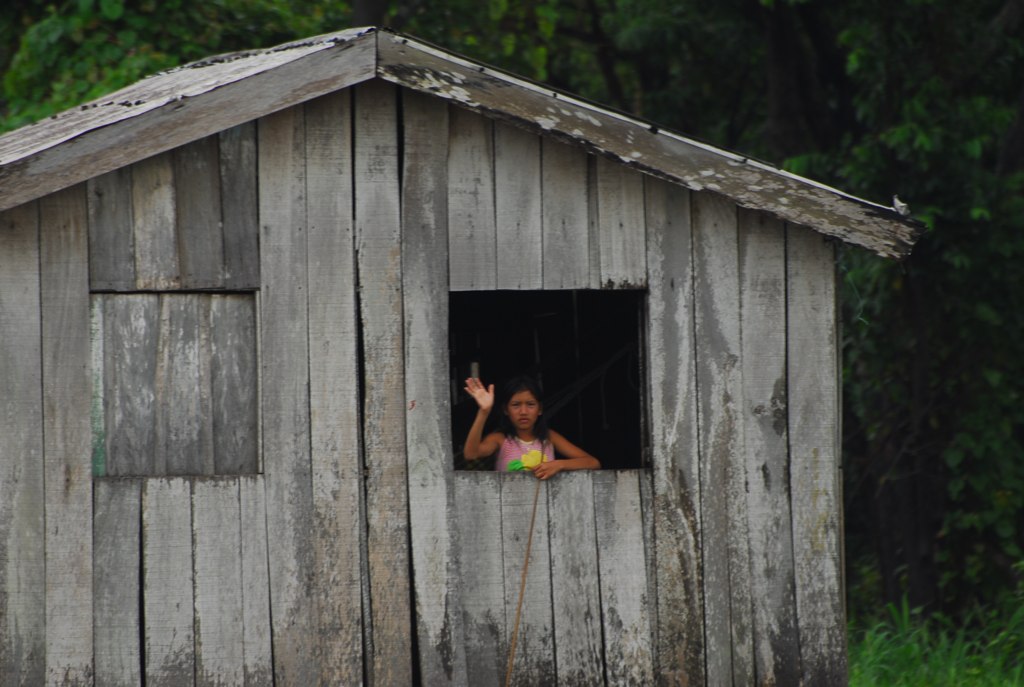 Living with their family, exploring the Amazon, and taking a step away from the Western world, I was able to connect back with what is surely real: full presence in the current moment and that primordial feeling of being an active participant in the natural world, connected to its rhythms and flows.It is experiences like these, absent from all distractions and open to the wisdom of these remarkable people and places, that reveal what it truly means to be a human in this world. It shows the vast, beautiful diversity of the ways of being that are available to us as people—revealing that the way we are accustomed to is not the only way.

Experiences like my time with the Ticuna have the potential to significantly broaden cognitive horizons and stoke an urge to dig deeper to try to understand what really matters and what this is really all about. And, above all else, it inspires and energizes us to celebrate and work to defend those ways of being that make our world rich and full of wonder.

The writer’s experience with the Ticuna was facilitated by Untrodden, an travel discovery platform for those that want to venture off-the-beaten-path and immerse themselves in wild places and remarkable cultures.

About the author: Brophy Tyree is a lover of active adventure, yoga, backcountry living, and immersion in cultures and perspectives vastly different from him own. He spent 10 out of the last 12 months on the road living out of his backpack, but you can currently find him playing in the mountains of Jackson Hole, WY.