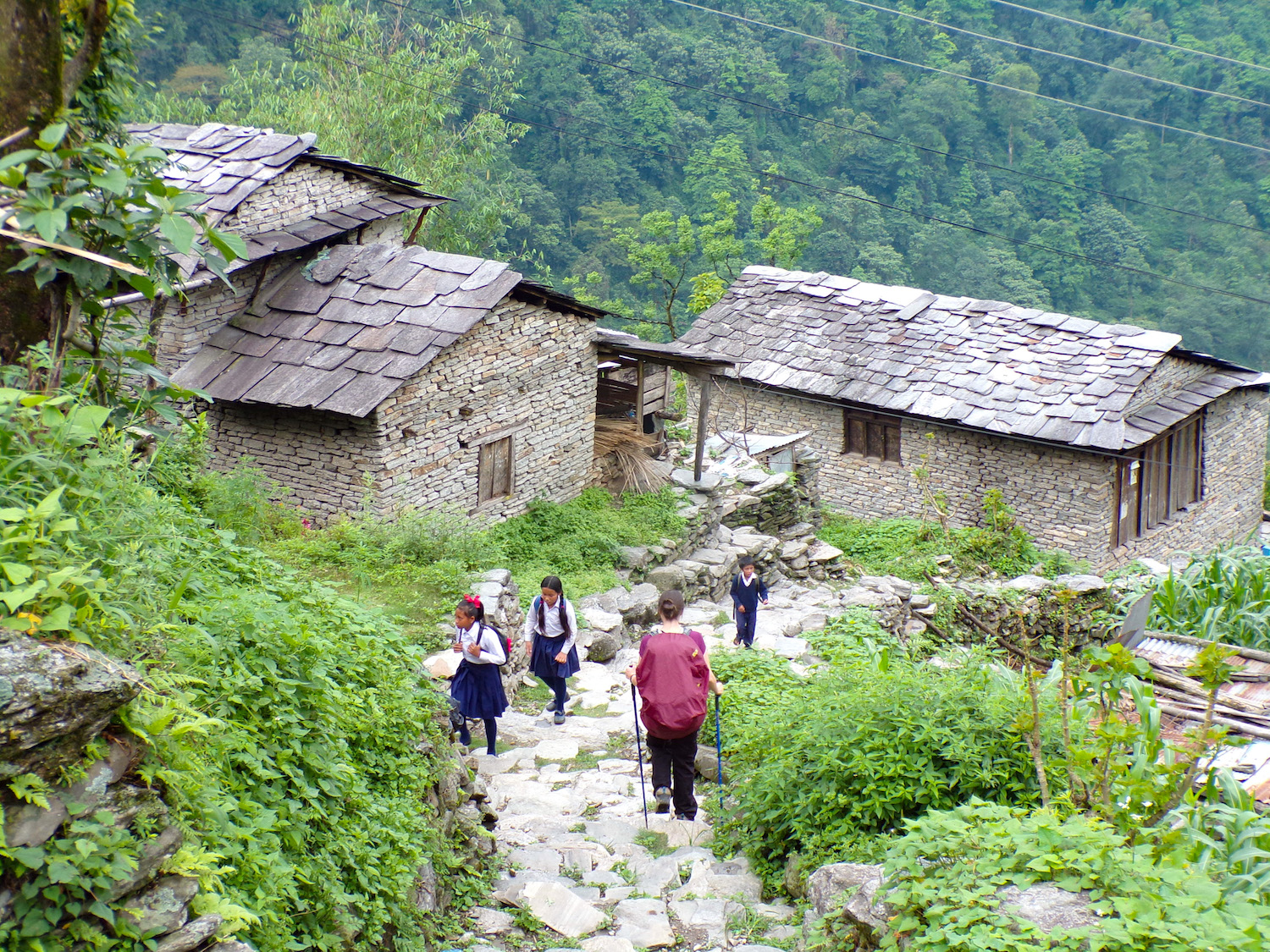 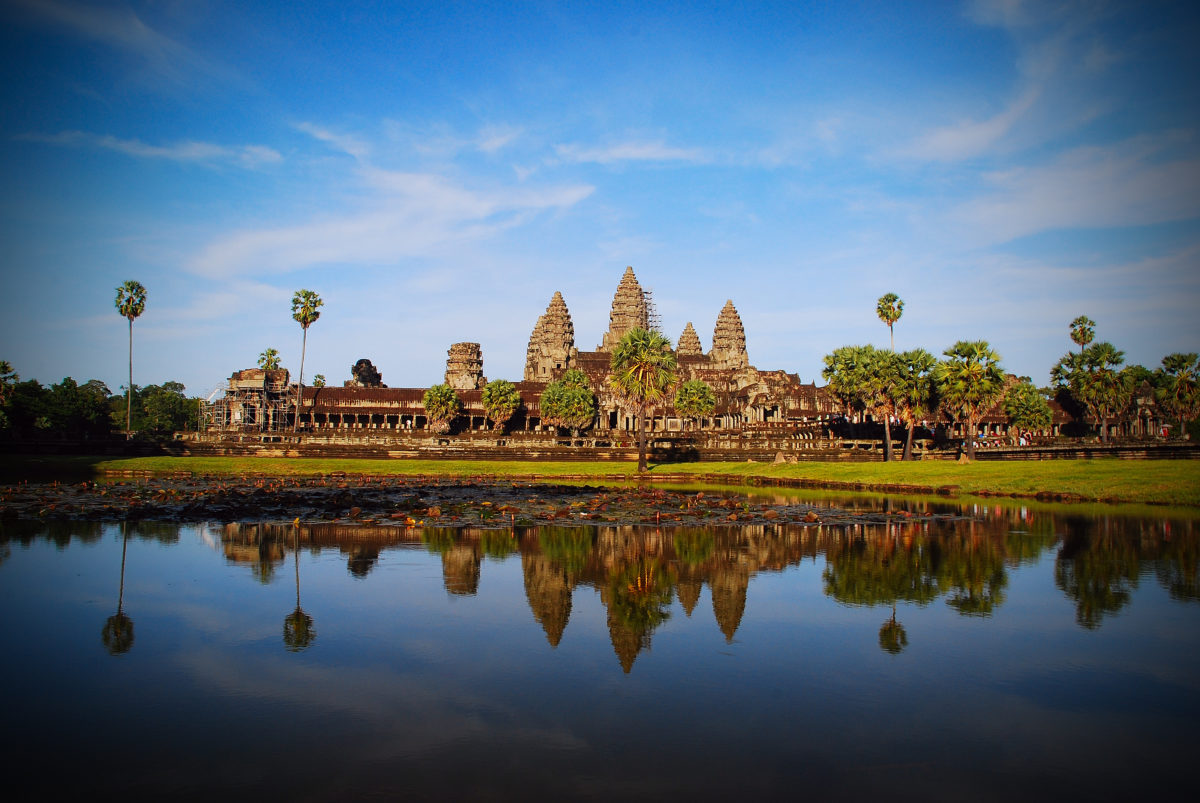 “Responsible tourism is about making better places for people to live in and better places for people to visit, in that order,” writes Harold Goodwin, Founder and Director of the International Centre for Responsible Tourism. It requires us, as travelers, to make better, more informed decisions everyday, so that we can help minimize the negative social, economic, and environmental impacts of tourism across the globe.

After spending three years living, working, and traveling throughout Southeast Asia, I firmly believe that responsible tourism is critical to the future of the developing world—it is imperative to the survival of the off-the-beaten-path destinations, where local development often succumbs to the demands of explosive tourism numbers. Yet we are in a unique position, and at the perfect time, to raise awareness and strengthen the positive impacts of tourism. As travelers, there are incredibly simple steps we can take to minimize the negative impacts of tourism—not only in the more vulnerable pockets of the developing world, but across the globe. Here, we breakdown five simple steps every summer voyager can take in order to start traveling more responsibly, now.

Convenience is king when it comes to the bustling street food scene of Southeast Asia. Every day in Thailand, ice-cold milk tea gets whisked up, poured into a plastic cup, pressed with a plastic sticker-like lid, and punched with a plastic straw. Meanwhile in Vietnam, the typical 11:30 a.m. lunch rush looks something like this: busy commuters pull up to a street-side cart, hop off their scooters, and crowd in to receive a piping hot box of cơm dĩa—a lunch-time staple, typically consisting of steamed rice, marinated veggies, barbecued meat, and a light broth. Everything but the broth—which gets poured into its own mini-plastic bag and rubber-banded shut—gets plopped into a Styrofoam container and sealed with another rubber band. But let us not forget the pièce de résistance: a single-use plastic bag to house each of the cơm dĩa accouterments, including a set of disposable chopsticks and a plastic spoon.

According to a 2017 report issued by the Ocean Conservancy, five Southeast Asian countries—Vietnam, China, Indonesia, the Philippines, and Thailand—are responsible for dumping more plastic into the ocean than the rest of the world combined.

But the truth is, the lure of convenience and single-use plastics is relatively new to places like Vietnam, where banana leaves were once the sole packaging material.

“These countries have recently benefited from significant increases in GDP, reduced poverty and improved quality of life…However, increasing economic power has also generated an exploding demand for consumer products that has not yet been met with a commensurate waste-management infrastructure,” stated the Ocean Conservancy in a 2017 article published by the VnExpress.

So, here’s what we can do, as travelers, to help combat plastic consumption—not only in Southeast Asia, but across the world. First off, purchase a filtered water bottle, and always carry it with you so that you never have to buy bottled water. This will be especially important when traveling in developing countries that lack safe drinking water. Next, consider purchasing and carrying a set of lightweight reusable utensils, including a reusable straw. Lastly, always carry a reusable bag. ChicoBag makes a plethora of lightweight, collapsible bags that are great for traveling.

Choosing to dress conservatively and respectfully is by far one of the best things tourists can do to mitigate the widespread ramifications of the demonstration effect: namely the loss of culture and tradition among rural communities, brought on by the interaction with and demonstration of western ideals, styles, and behaviors.

Now our community is different to before. We are busy now doing business, so we don’t have time to socialize and communicate with each[other]. Another issue is the influence of the sexy international tourists on local culture. We are shy to see that.

When traveling, men and women alike should avoid wearing flashy t-shirts and revealing tank tops. Opt for modest, plain shirts and simple patterns instead. Maxi dresses are a great option for women, as are scarves, which can be used to cover the shoulders, as well as the face and hair.

Speaking of packing, travelers can easily join the Pack for a Purpose movement. This fantastic organization helps connect tourists with local community development projects. From the Pack for a Purpose website, each traveler can select their destination country, then choose either an accommodation or tour company that is supporting a local project, and finally, choose which items from the list of specifically needed supplies they can pack before departing on their trip. (Think: art supplies, flash cards, maps, and toothbrushes.) Once in country, travelers can drop off the supplies they were able to pack at either the local tour company or accommodation site. Those supplies will then be delivered to the project. Sometimes, even the simplest acts of mindfulness—like bringing 10 extra toothbrushes to Peru—can have a long-lasting impact for the people who call these places home.

4. Don’t give money to children.

This one really hits home for me. I can’t tell you how many times, while touring the iconic temples of Angkor Wat, I saw western tourists giving money to begging children. Knowing that children are lucrative assets in the tourist zones of Cambodia, many child traffickers prey on impoverished families living in the country’s rural areas. These traffickers often lead families to believe that their children will receive a better education and a better quality of life if they are “given up,” and sent to live in tourist-laden cities.

Siem Reap, a town of just 100,000 has 35 orphanages. The number of orphanages has increased in line with the number of tourists, as overseas donations and volunteer fees are seen as a way for unscrupulous orphanage staff to make money. [These] children may be paraded through streets, taught to beg or perform in order to make money from tourists.

Sadly, this scene is not unique to Cambodia. It’s happening all across the developing world. In fact, author Conor Grennan wrote the bestselling book Little Princes, which documents his harrowing efforts to bring home the lost children of Nepal. Grennan’s nonprofit organization, Next Generation Nepal, is still operating in full-swing today, as it works to rescue trafficked children, reunite them with their families, and educate the community about child traffickers.

Instead of giving money to these children, do your research and donate to or volunteer with an organization that is committed to combat child trafficking—like Next Generation Nepal.

Last but certainly not least, continue to do your research and make sure that your tourism dollars are supporting the local people. This means staying in locally owned hotels, choosing locally operated tours, and eating at locally owned restaurants.

In Cambodia, more money from tourism goes to private foreign companies than to the national budget or local economy, according to a research paper published by Dr. Vannarith Chheang for Asia Pacific University. The paper goes on to quote a 2006 article published by the Phnom Penh Post:

[Tourists] usually come and visit two or three countries on the same trip, and usually only stay two or three days [in one place]. They stay in Korean-owned hotels and eat at Korean restaurants, so it’s not desirable from the point of view of Cambodian people.

Again, this scenario is not unique to Cambodia. Across the globe, lucrative tourism operations get bought up and swallowed whole by wealthy foreign investors. The end result: the richer get richer, while the poor get poorer. Before making any reservations, ask what percentage of the staff is locally hired and what initiatives are being made for the local community. Lastly, if you’re traveling in a country with an oppressive political regime, try not to book with operators that are directly funded by the government. No traveler wants their money going straight into the deep pockets of corrupt officials.

About the author: Abigail Faires is the future CEO of Learn2Link: a global learning network for sustainable community development and 501(c)(3) organization. As a freelance grant writer, an entrepreneur, a teacher, and a slow traveler, Abby has continuously followed a path rooted by her commitments to youth development, cross-cultural understanding, and international engagement. After spending three years freelancing and teaching English in central Vietnam, she is now working as a grant writer based in the States. Up next: a nine-month journey through South America, where she will be launching micro-educational development projects. Learn more by following Abby on Twitter or by visiting abbyfaires.com.