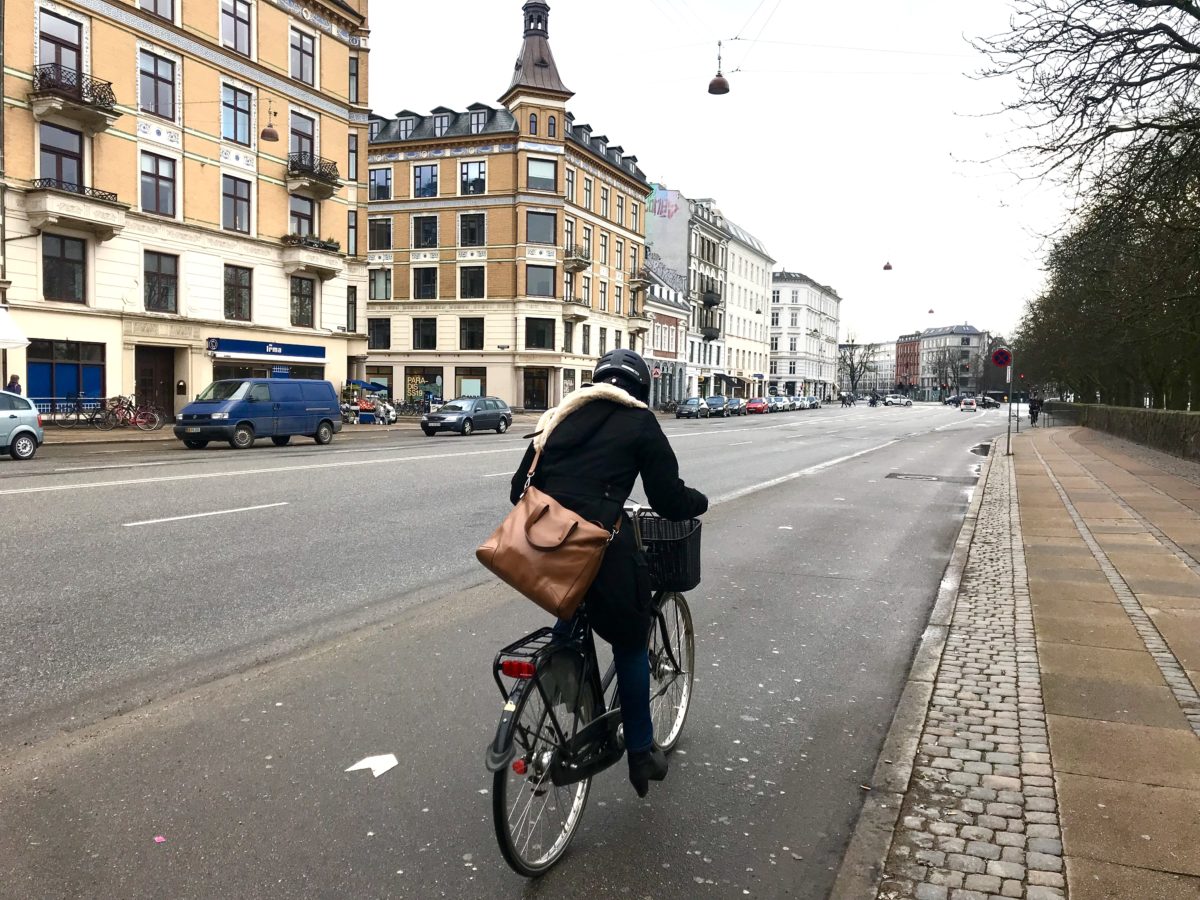 What I Learned About Life (And Myself) from Cycling in Copenhagen

I like riding a bicycle as much as any other grown up kid. But while living and biking in New York, I was all too familiar with the dangers of commuting on two wheels. To limit my exposure to angry drivers, my destination choices were restricted to parks and waterfront paths. Scared by the death and injury statistics, I would never pick cycling as my main commuting option.

And then I came to Copenhagen, the city built for and around bicycles, where 40% of the population commutes by bike on a daily basis. I arrived here two months ago, determined to stay for as long as I could manage with my American passport. I was craving a change of pace and values. Having travelled to Denmark twice before, I fell in love with the country and its quiet capital, regularly voted among the happiest and most livable places on Earth. So far it’s been everything I expected it to be, and more. I’ve been able to adapt to my new environment and enjoy the benefits of a slower and gentler lifestyle.

One of the biggest adjustments upon my arrival to Denmark has been embracing the idea of everyday cycling. Yet by doing so, I’ve been able to learn a few things not just about bicycles but about life in general, and myself.

It literally pays to be brave.

On my first two trips to Copenhagen I watched the bike crowds nervously, worried that I’ld never be one of these brave people. Instead I’d be forever stuck on the bus with the tourists and the elderly, paying nearly $4 one way. Still, it’s not the cost that made me overcome my fear, but a desperate desire to fit in. There’s nothing like telling your date that you can’t join him at a cool bar a few miles away because you’d have to walk there. Or heading for the metro when your favorite colleagues bike home together. There are no yellow cabs or Uber in Denmark. And biking is not a lifestyle choice, it’s a norm. So out of a great need to be normal, I sucked it up and rode my metal horse to my co-working office one winter morning, surviving just fine and saving $8 in the process.

The good news is that biking in Copenhagen is very easy and safe. Forget the bike lanes. Here, it’s bike roads. Meaning there’s a slice of curbed pavement dedicated to bicycles, running alongside most streets in the city. They’re usually wide enough to allow two-three cyclists to bike next to each other, yet you’re not supposed to do that. Instead you have to stay on the right side of the road at all times, to allow others to pass. It’s one of the many rules to follow during your bike commute in Copenhagen, and the ever rule-abiding Danes follow them religiously. You’re also expected to look over your shoulder when changing lanes, use hand gestures when turning or stopping, have two functioning lights, white one in the front and red one in the back, and stop for bus passengers to unload.

Unlike on Manhattan sidewalks, where failure to comply with the unspoken walking rules will have you cursed if not crushed, in Denmark you won’t get as much as an f-word. But that doesn’t mean you should abuse the system. It’s the collective silent agreement to obey the rules that makes biking here so predictable and stress-free. So I exchanged my “Get out of my way” New York attitude for a “Let’s get there safely and stress-free” one. And I must say, life is easier this way.

Keep calm and cycle on.

Biking in Copenhagen means you’re almost always surrounded by other bikers, and it’s up to each one of you to keep the steady flow going. If your foot slips off your pedal, you keep cycling with the other one. If you lose your balance, you snap back as soon as you can and keep going. There’s no time to stop, reflect and feel sorry for yourself. You shake it off and keep going. And same with life. Don’t dwell on the small things. Everyone slips.

There is no bad weather.

The famous phrase “There’s no bad weather, there’s only bad clothing” originated in Denmark. To that I would add, “There is no bad weather for cycling, there’s only bad clothing.” Sure, mild Copenhagen winters don’t compare to the snowstorms and freezing temperatures of New York in January. Still, my hat is off to Danes who never seem to be fazed by rain, wind, slush, or a hangover. Here, you can find a piece of clothes or gear that can remedy any situation. After much whining about the weather, I gave in and bought a rain coat that covers my winter jacket and easily folds if the rain stops. There’s no bad weather. There are just excuses.

The Vacation Equality Project: It’s Time For Guaranteed Vacation in the US

Amazingly, Danes never complain about cycling in bad weather conditions. Having biked with rain, snow and wind blasting in my face, in a rain coat over my regular coat, with cold-infused tears running down my cheeks, I’d burst into the office, like a superhero, waiting for someone to compliment me on my achievement, only to be met with “Rain, eh?” What I call building character, they call commuting. If everyone is in the same boat, then no one gets to complain. After all, you don’t walk into an office in New York and announce: “Subway sucked!” After a while I learned to accept my winter commute with dignity.

Because there are so many rules and tricks to biking in Copenhagen, I often find it quite comforting to pick a well-skilled and responsible local cyclist and follow him or her, observing how they stop, start, pass, signal, change lanes and tackle other various situations. I call them my road mentors. I think we could all use one of those sometimes, on the road or in real life. The key is to pick the right person. And remember that no matter how good they are, they will eventually part ways with you. After signaling properly, of course.

To really enjoy cycling in Copenhagen you need to trust that other cyclists and drivers will do the right thing at all times, to keep each other safe. Trusting people is one of the hardest things in life but, as an experiment, I gave it my best here. And I must say, cruising through the intersections has never been easier or more pleasurable. By trusting others, I even became more trustworthy myself. I realized that our lives could be transformed if we remembered that we truly are all in this together.

About the author: Anastasia Matveyeva is a travel writer living between New York City and Copenhagen. You can follow her adventures on Instagram and Twitter @AnaMatveyeva. 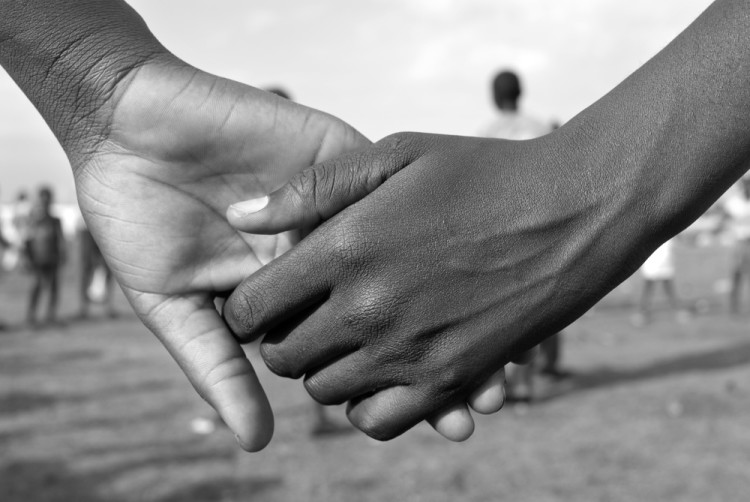