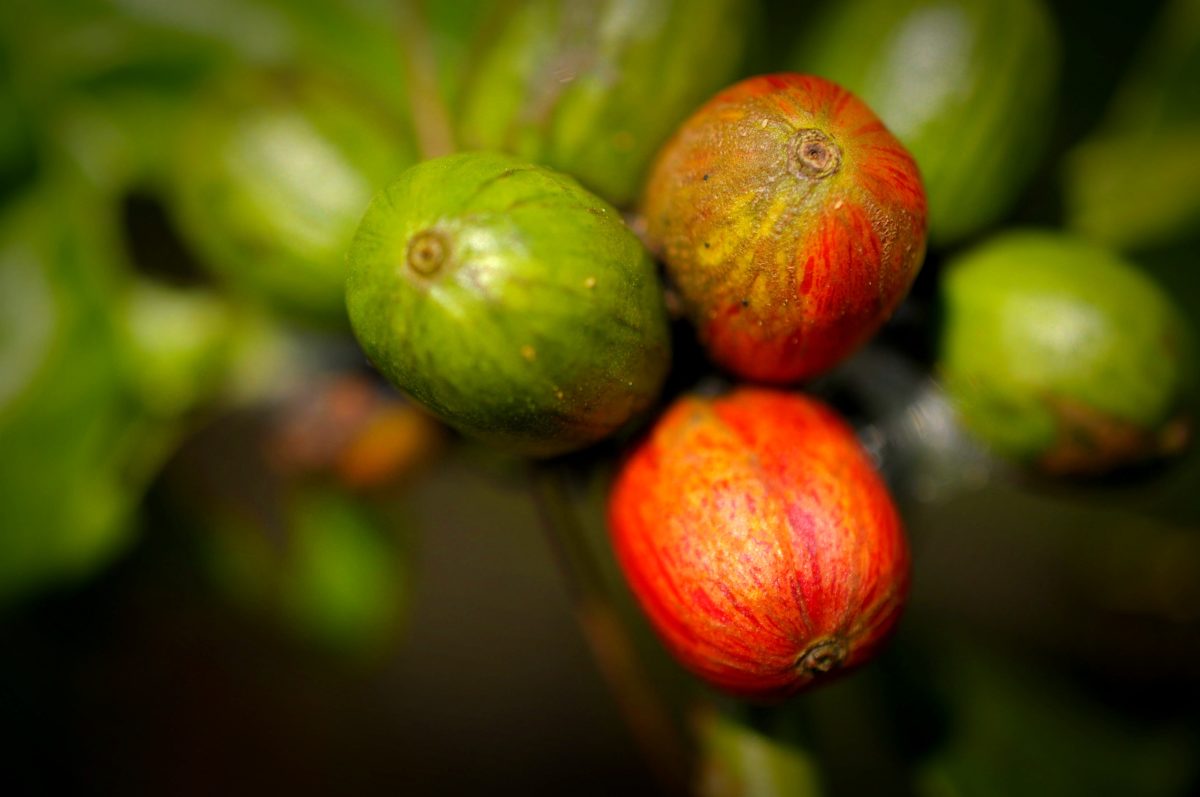 It’s no secret that Colombia is home to some of the best coffee beans in the world. We see it imprinted on the various coffee bags in our grocery stores. We hear about it in movies and we read about it in books. Naturally, one would expect to see the Colombian people basking in bountiful amounts of delicious cups of coffee every day. But that isn’t necessarily the reality. Although Colombia is indeed the leading exporter of some of the finest coffee — that’s just it. It’s all exported. It has only been in the last decade that some of this quality coffee has become available (and affordable) to the Colombian people.

With coffee now reasonably priced for locals to enjoy, has in-turn allowed farmers to flourish. In the last five years, a rising trend in the cafe culture has popped up around the country, specifically in cities like Bogotá and Medellin. With cafe owners using locally sourced coffee and cocoa beans, surrounding communities are starting to see the possibilities of being able to grow legal crops, while still earning a living. The communities who’ve begun to make the successful transition from illegal to legal crops are known as the “peace-weavers” of Colombia. These peace-weavers are a brave group of indigenous communities who have taken on the challenge to change Colombia for the better. But it hasn’t been easy.

After all, it was only two years ago when an enormous effort was made in order to restore peace in Colombia. The 2016 Peace Agreement was an official concurrence that gave an end to a more than 50-year old conflict. This has since placed Colombia in a crucial moment in time. The agreement focuses on solutions that will help build a solid peace fabric for the future; while looking to heal the wounds from the past. To do this, many Colombians are seeking ways to move forward, both peacefully and legally.

Although Colombia is still haunted by over 400,000 acres of illicit crops, there are leaders in the communities that have found small-scale solutions to this drug trade problem. Yes, ending an international drug trade can seem like a nearly impossible feat. But many forward-thinking Colombians believe that if their own people are able to see real opportunities to live a different life, they would.

So, I wanted to meet these peace-weavers. Who were they? How did they get here? And how did they so bravely go against the cartels?

It’s a Tuesday afternoon in Bogotá when I timidly enter the cozy atmosphere of Café Wuasikamas. I’m quickly greeted by 28-year-old Cristina Chindoy who warmly welcomes me in. Cristina comes from the Inga tribe, a community located near the isolated mountain region on Colombia’s southern border with Ecuador. Although she runs and operates the cafe with her brother, Hernando Chindoy, she makes sure to tell me that the business is owned and run by their entire community.

As Cristina starts to grind up freshly roasted beans, her brother Hernando brews me up a robust cup of coffee. He slowly pours it inside the clay mug made from their community in the mountains. Along with the coffee, these cups are brought in through their weekly 22-hour commute. I take my first sip in a brief moment of silence. Then Cristina begins her story.

It’s a story all too familiar for many Colombians. A story of violence and terror ravaging through by the drug trade. But Cristina’s story also differs from many. For her story is one collective effort. A story of people gallant enough to speak up and take back their land and freedom. But to understand the how, it’s important to understand the why.

The context of the Inga community is complex and long. The Ingas come from the ancient Inca Empire which prevailed in countries such as Peru and Chile in the 14th century. When Cristina’s people migrated to an isolated mountain town in Colombia,it immediately made the community extremely vulnerable. They were perfect targets to armed guerrilla groups like FARC and the National Liberation Army—groups who fought over the control over the poppy supply.. When Cristina Chindoy was just a teenager, the Ingas made their living by tending to over 5,000 acres of poppy fields. Their location was in an area that was more than four hours away from the nearest city, which made growing legal crops seem like an unfeasible option.

Every member of Cristina’s community was used to tend to these crops. Even the village children’s dainty hands were used for trimming the crimson flower’s bud. This was then sold to drug cartels and criminal groups who used it to produce heroin. Although illegal, the poppy gave the Ingas a flourishing source of income in a small area of the country where opportunities for making money were hard to come by.

But with money, came problems. The drug trade brought fear and terror throughout Cristina’s community. But what other option did they have? A question that sat heavily in the minds of her people.

The violence and terror that wreaked havoc for decades is what finally made the Ingas reconsider their partnership with the drug cartel.  After an important community meeting, they voted to sever their ties to the drug trade. They let the armed groups know that they would no longer harvest poppy. Leaders of their group were threatened and targeted, but they stood tight. They began to organize work to clear their land of the plant and start looking for other crops to grow. It wasn’t easy. And it wasn’t always safe. They had little to no government support in the process at the time. But the leaders of Cristina’s community marched on, undergoing a complete cultural transformation.

They began to fill their lands with coffee shrubs. And after showing some signs of success, USAID funded a coffee-processing mill for the community. They now use this mill to roast their selected beans of their prized Caturra and Colombia blends. In 2015, the Ingas were awarded the United Nations’ Equator Prize for local sustainable development efforts.

Juan Antonio Urbano of Districto Chocolate cafe shop echoes Cristina’s story. Coming from one of Colombia’s most violent region Boyacá, the drug trade created a life lived in complete terror. The seemingly never-ending fight over control for emerald mines and coca fields in western Boyacá made this region infamous. People were killed for any reason.

Similar to the Ingas, Juan Antonio’s community decided they had enough. In 2007, with help from the Catholic Church and a government program, the community began to uproot their coca bushes. It took just about three years to fully eradicate the coca but their efforts did not go unnoticed. Juan Antonio’s community is proudly known as the first region in the country to be declared 100 percent coca-free by the United Nations Office on Drugs and Crime.

Spearheading the first association of cocoa growers, Juan Antonio’s cafe has found a home in the trendy neighborhood of La Candelaria. Here, employees (Juan Antonio’s family) prepare specialties from dozens of farmer cooperatives from the country, including their own famous old-fashion hot cocoa.

Stirring a wooden whisk back and forth inside a clay pot, a mouthwatering aroma of fresh chocolate arrives at the corners of my mouth. Pouring the perfectly stirred hot cocoa into a cup — I pick up hints of spiced clove and cinnamon. It’s almost too good to drink.

The cafe is filled with memorabilia that tells a proud story of how cocoa became the main resource for thousands of families along with how they left coca illegal farming behind.

Although producers like Cristina and Juan Antonio have successfully found a way to incorporate the peace process for their families, many still struggle to find a way. Colombia is a country where over 2 million rural communities do not have access to electricity and many other resources.  Most roads are also in terrible shape, leaving indigenous communities extremely vulnerable to the drug trade.

But Colombia is in a pivotal moment in time. Almost as if they at a crossroads—they can go either way. But with leaders like Cristina and Juan Antonio whose communities bravely made the transition, the success of it all is a sign of hope for many.

About the author: Kristen Slizgi is the founder of The Luxury Travelist, a travel consulting company that focuses on planning and executing affordable luxury trips through a personalized approach. Kristen was born and raised in San Diego, California and currently resides in New York City. If she’s not in NY, she’s typically off on an adventure such as trekking in the Atacama Desert, soul-searching in the jungles of Honduras, exploring ancient ruins, taking elephants on walks or warding off monkeys in Southeast Asia. When she’s not writing about her own travels or working on client’s trips, you will find her planning her next escapade to some undiscovered and off-the-beaten-path destination. Kristen caught the travel bug early on in life and is a firm believer that life should not be lived in one place and has been jumping from place to place with no plans of slowing down. Follow her @kristenslizgi.