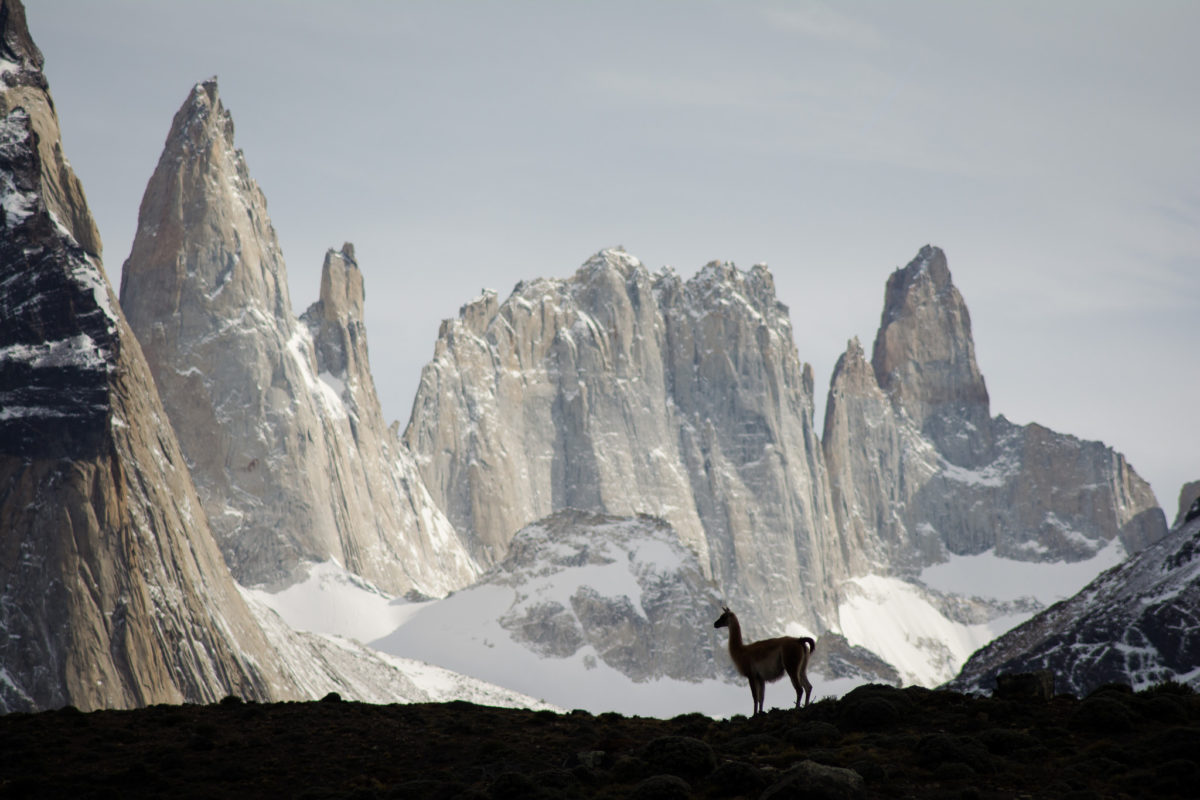 Think of wildlife safaris and you probably conjure up images of binocular-wielding tourists marvelling at long necked oddities from their jeeps.  I was like you—I certainly never imagined the cool slopes and granite boulders at the south of the Americas to be a wildlife haven.  However, wildlife spotting in the Americas is a growing trend heralded by big names like Frommers and The Telegraph, and perhaps the most glittering jewel in the safari crown is Patagonia, a sparsely populated expanse of grasslands, mountains and icefields shared between Chile and Argentina.  It is to this wild wilderness that I have come, armed with freshly broken-in hiking boots and multiple layers (recommended attire as the weather here is notoriously volatile).

Patagonia has been famously traversed, most notably by Lady Florence Dixie, a British writer and early feminist who once disagreed with Charles Darwin over the sleeping habits of a local rodent called the tuco tuco.  Its most famous icon, the spiky granite peaks of Torres del Paine National Park, adorns souvenir stands nationwide, while the Park itself receives 252,000 visitors every year, most of who come to walk the W Trek.  Geographically, it measures 181,414 hectares and is one of eleven protected areas in Patagonia, comprising subpolar forests, deep valleys, lakes and ancient glaciers.

Like their safari cousins, Patagonia has its own Big Five to spot.  The first of these is the guanaco, a member of the camelid family that has never been domesticated (unlike the llama, for example).  These are what I am seeing now, darting this way and that in a way that sometimes verges on comical, and other times fluid and graceful. Female guanacos live in groups of about ten, with just one adult male, while the bachelors roam in huge herds, sometimes numbering up to 50 individuals. Shockingly, these graceful animals suffered a decline of 95% after the Europeans arrived in South America, despite being one of the most adaptable animals in the world with the ability to survive on poor quality grasses, fierce snow and wind.

The wind is blowing fiercely, pulling my hair from its ponytail and winding its way down my throat and into my eyes.  It’s a notorious part of Patagonian life, as inseparable from its habitat as  the fog in San Francisco or the smog in Santiago.  I have heard plenty of stories of people being knocked down or dissuaded from their trip due to this wind, although it hasn’t deterred human activity in the region.  During the first millenium, the Tehuelche (Aonikenk) migrated from the north, and left the Cave of Hands (Cueva de las Manos), one of the most important examples of prehistoric art in the region.  They were followed by the Kaweskars in the 15th century, a nomadic people who built moveable domes heated up by indoor fires.

When the wind subsides, I can raise my head to the sky.  I am not only taking in the glorious vastness, but attempting to zoom in on the Andean Condor, the second of the Patagonia Five.  There are a pair of them, but both are black specks, identifiable as the 1300mm bird only because of the tiny glimpse of white I see when they turn, and the fact that my guide tells me so.

There is a bit of buzz on the trail up ahead.  An armadillo has run across, and is scurrying through the long grass.  It is a bizarre sight, all scales and tail, but it stirs something indescribable inside me; this moment—more than any other—feels like I am back in the time of the dinosaurs.

Speaking of, Patagonia has quite a reputation for fossils. In 2014 one of the largest dinosaur graveyards in the world was unearthed, with almost 50 ichthyosaur remains uncovered.  Nearby the Dreadnoughtus schrani was discovered, a colossal herbivore believed to have weighed around 65 tonnes, while in 2004 a seven-year old boy found the bones of the first Chilesaurus, an oddity believed to be the missing link between herbivores and carnivores.

It is in the grassland environment called the Patagonian Steppe where my small group comes across a bird standing about a metre tall.  Darwin’s Rhea (known locally as the ñandu) is related to the ostrich, is one of the fasted creatures in the world and is absolutely gorgeous to look at with angelic eyes, long legs and a huge fluffy rump. We see about five or six of these from a distance before they move on, leaving us to marvel at the other bird life and, once again, at the wind that has resumed its tug at my hair.

This place is a twitcher’s paradise, an ornithological haven home to some of the most abundant bird species you can find in Chile.  Trees are home to parrots, woodpeckers, Magellanic Horned Owls, while the Patagonian Sierra Finch passes through the Steppe each Autumn. In the sky, near the mountains, I spot a Chilean Blue Eagle, actually a dark grey with white underparts that has a tiny tint of blue. A highlight for me was seeing the Long-Tailed Meadowlark, or loica, a beautiful small bird with a bright red chest. The Loica is a part of Chilean history, cropping up in the diaries of Spanish colonizers as well as in the legends of the indigenous Mapuche people.

At the end of my week in Torres del Paine, I have to admit that I have failed to spot two of the Big Five.  The puma, or mountain lion, has eluded me, with the exception of hearing some distressed guanaco whinnies and what I think were pawprints in the mud.  The puma is an elusive animal and particularly clever, with a population of around 100 in the Park. They are often frequently spotted, especially if you book a designated Tracking expedition.  The huemul (South Andean Deer) has also been too clever for me; this national emblem is unfortunately on the endangered list and, despite a repopulation program, number only around 15,000 in the world.

An Ode to the Plazas of Bolivia

Perhaps this is a good thing, though.  Torres del Paine is awash with tourism, and not all of it is responsible. Helping to combat the negative effects of tourism is the Torres del Paine Legacy Fund, which recently won a worldwide grant from the European Outdoor Conservation Association (EOCA) to help further its ongoing reforestation, recycling and restoration projects in Torres del Paine.  At the end of the day, this Park is a home and a fragile ecosystem, and if I have learnt anything from this experience it is that I am not sure how much of a footprint people should really make.

The trip feels like a success, though and it is difficult to leave without a pang of sadness, despite the fact that I have a permanent smile from such an adventure.  I have felt such a calmness and sense of connection in Torres del Paine that it is hard to know how I will adjust back to the artificial lights, incessant noise and murky skies of the city in which I live.  At the risk of sounding all sorts of cliché, this really was the trip of a lifetime, and one which has forever changed my understanding of the world we occupy.

Except for maybe that wind—don’t forget to layer up!

Author Bio: Helen Cordery is a freelance writer and guidebook author based in Santiago, Chile. You can read about her adventures here on her blog: www.queridarecoleta.com 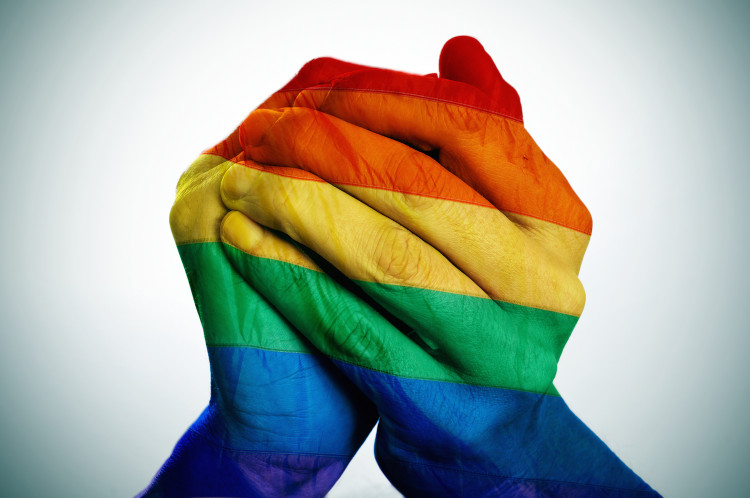