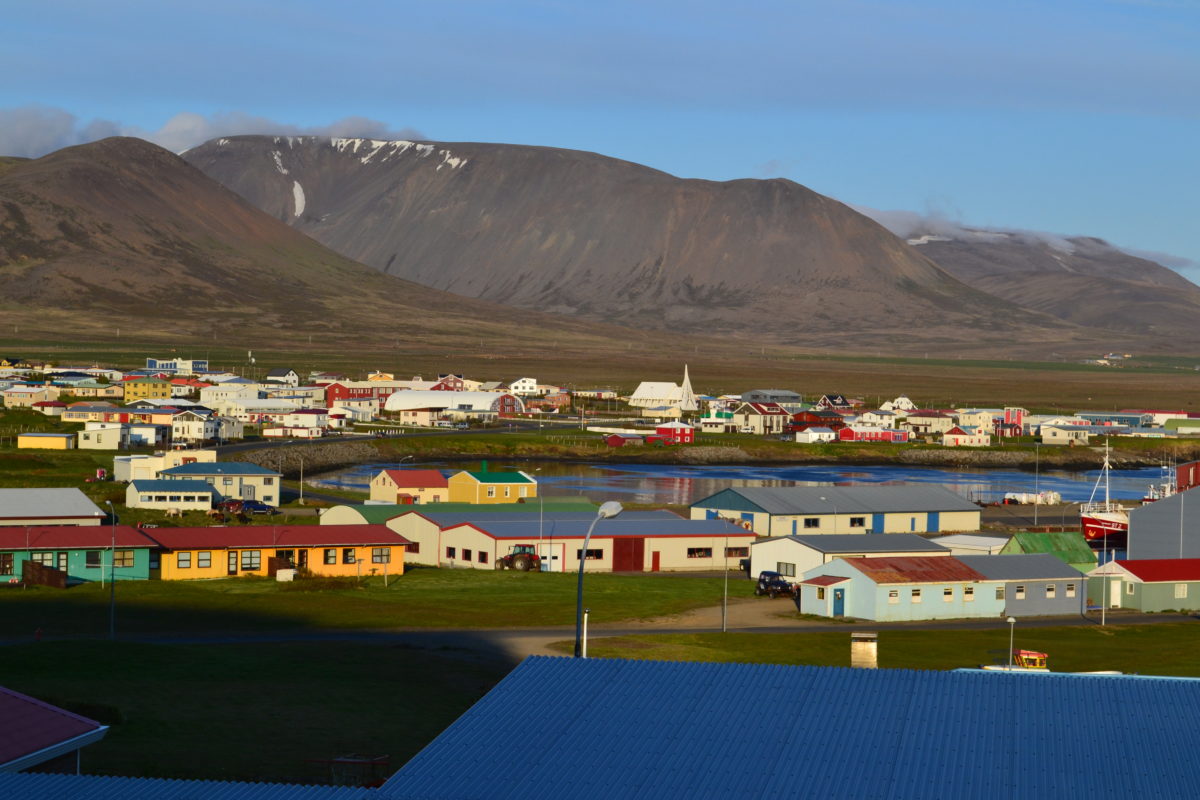 The True Cost of Living Abroad

In 2014, I was staring at a fish tank in a coffee shop in southern Taiwan—the kind of tank that had been built into the wall—when I got it into my head that I needed to get to Iceland. This “need” felt very much like an urge in the sense that I was unable to rationalize it or identify where it had come from; I simply had to get to Iceland, whatever it took. Sometimes, we do not or cannot know why we do the things we do until we do them. The fish in the tank were of the tropical sort, orange and boxy-bodied, gliding little laps through the water. I found them soothing, the way that they seemed to follow a path guided only by the impulses of their nature.

Two months later I was on a bus to the north of Iceland, where I’d be staying for three months as a writer-in-residence in a town by the sea. On the bus, a large group of middle-aged women chatted loudly in German, hoisting their clunky DSLRs to the window to catch the view, which was amazing, other-worldly, a landscape that I recognized from a dream but now that it was right there in front of me—all of its mossy mountains stippled with waterfalls, the stretched, vivid horizon—I could not help but feel overwhelmed by a sense of profundity, though for what I could not name.

Skagaströnd, the town I was traveling to, is a fishing village about four hours north of Reykjavík. It is home to just under 500 inhabitants, many of whom are related somehow. The sea-nestled town felt borderline unreal when I first arrived; it seemed abandoned, or perhaps frozen is a more accurate word to describe the sense of stopped time that I felt that first day, as though all of the homes and cars had just been planted there for show. I could see no one, that is, until I caught a glimpse of a man in swimming shorts hanging laundry on a clothesline nearby. I approached. His name was Magnús, and he would one day be my husband.

Life in Skagaströnd has never lost the element of surrealness I felt when I first arrived. If anything, living here has become a lot like living in a snow globe (pun intended); I can sense the presence of the outer world, but cannot touch it; I can see a community of people, but am not a part of it. It became clear not long after I moved to Iceland in the winter of 2015 that Skagaströnd did not have many employment opportunities for foreigners. As a town whose main industry is fishing, a creative writer has little to no place in society. This left me feeling discouraged and undervalued. How was I to make a life here if there wasn’t any work for me? How could I use my skills in a place that had no need for them?

Alongside this frustration, I also came to feel a bit isolated from Skagaströnd’s tight-knit community—since I had no place in it professionally, I therefore felt unwelcome. But unwelcome is putting it lightly; I felt straight up rejected. No one spoke to me, no one reached out, no one even expressed an interest in getting to know me. Instead, I received messages that the townsfolk were inquiring warily about my presence though my husband, who became as bothered by this as me.

In my lowest moments, I regretted having ever moved to Iceland at all—I had left behind a family, a city full of opportunity, and a community of like-minded peers. I began to blame Skagaströnd for not accepting me with open arms into their society; I blamed its closed-mindedness for not recognizing that in order for a community to thrive, it must be willing to accept newcomers and those who are different; I blamed myself for walking to the post office when I should have driven there, because whenever I walked I felt like every passing car slowed down just to get a good look at me, just to observe with muted curiosity the odd New Yorker who’d landed there, of all places.

Time went on. The winter passed. Another one came. Then one day, Magnús told me about a cultural grant that the regional government had put a call out for. “You’ve got to apply for this,” he said. “Start something.”

ICEVIEW Magazine was initially created in an attempt to bridge the communication gaps between citizens, visitors, and residents in Skagaströnd and all across Iceland. All of its content is therefore translated from English into Icelandic, and vice versa. The thematic focus of the publication is travel, community, remoteness, and isolation. The content, a mix of creative writing, critical inquiry, and visual art, is a reflection of these themes. I am proud of it. When I went to pick up the first issue from the printer, I was so impatient that I tore open the box in the parking lot, brought a book to my nose and inhaled the inky stench of writerly success. Maybe my time in Iceland hadn’t been a mistake after all; maybe I was always supposed to take this path.

Now, after publishing two issues and diving head-first into the production of the third, I have come to a new appreciation of the saying when life hands you lemons, make lemonade. On the one hand, I have never before felt like more of an outsider than I have in Skagaströnd, yet on the other hand, I have never before had the opportunity to directly translate my experience into something so tangibly worthwhile—this magazine feels like a commemoration of the challenges I’ve experienced here, and a reminder that being isolated from a community is an experience that so many of us share at some point in our lives. Still, ICEVIEW has allowed me to connect with talented creatives around the world. I have built my community that way. I have learned that just because you don’t have a circle of peers outside your door, doesn’t mean that you aren’t or cannot be a part of one.

The truth is, any decision we make comes at the cost of other opportunities. In leaving behind my life in the US and following my impulse to move to Iceland, I had shut the doors for whatever that path may have brought me, but in doing so I also opened up an entirely new path, the wondrous likes of which I’m only beginning to see.

About the author: KT Browne is a freelance writer and the founding editor of ICEVIEW Magazine. She lives in Iceland.