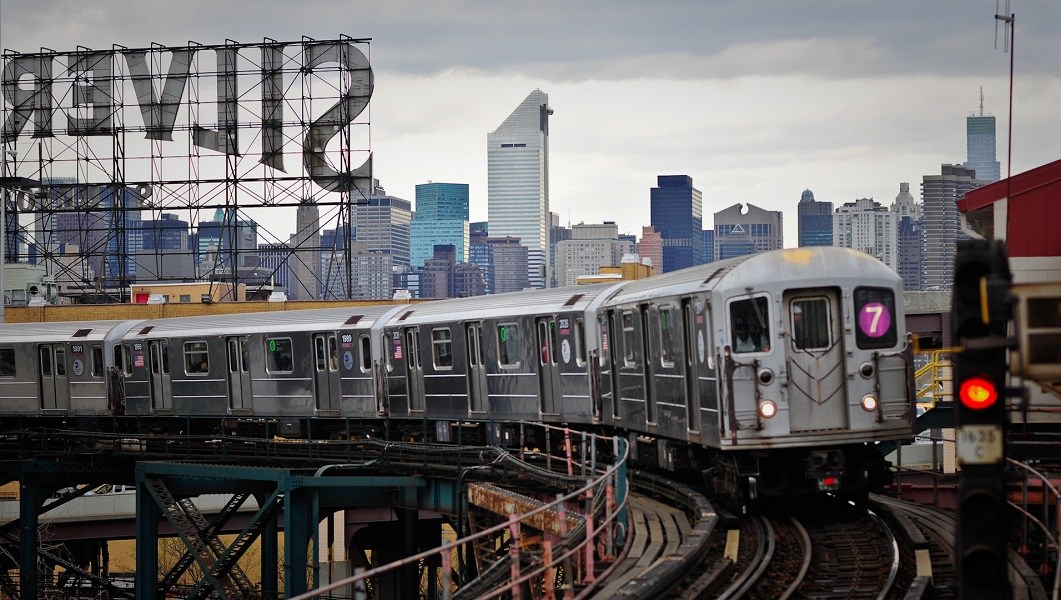 The elevated tracks of New York City’s #7 train runs through some of the most ethnically diverse neighborhoods on earth: Jackson Heights, Corona, Flushing. The bustling, noisy streets are lined with storefront signage in dozens of languages and the aromas from countless cuisines waft from the street vendors’ food stalls.

Vibrant immigrant communities thrive here. In an area where over 50% of the residents are foreign-born and more than 170 languages are spoken, there is no shortage of inspirational stories from people in search of the American dream.

Liao was a young man in 1949 when the Communist government rose to power and nationalized his wealthy family’s businesses in Guangzhou, in southern China. He did not believe there was opportunity for future growth under the new regime so he emigrated to Cuba to join an uncle who had prospered there. J. Liao established himself in Havana’s thriving Chinatown and developed a restaurant business. In 1959, the Cuban Revolution succeeded in coming to power. J. Liao initially thought maybe this would not be a repeat of the Chinese Revolution. He was wrong. In the early ’60s the Cuban government nationalized his business. He was again forced to flee, this time joining relatives in New York City.

Everyone that left Cuba because of the revolution was forced to leave all possessions behind. J. Liao was no exception. At the airport on the way out of the country a guard frisked him, found his battered watch and asked him to remove it. J. Liao protested, “You’ve taken everything, let me at least keep this.” Surprisingly, the guard agreed. Years later he would give the watch to his son, Leonard, as a family heirloom.

Liao prospered in New York City’s Chinatown. Rather than open “just another Chinese restaurant,” he and others with similar experiences decided to innovate and leverage their Cuban background into a New York-centric culinary movement that became known as Chino-Latino, a fusion of Chinese and Latin food.

Mi Estrella Restaurant, under the #7 train in NYC’s Jackson Heights, is the latest iteration of J. Liao’s business. It is managed by his son, Leonard.

Asked about his thoughts on emigrating to the United States after twice escaping communism, he says, “I’m grateful to be able to develop a business with the knowledge that it won’t be taken away from me.”
***
Sabrina manages her dad’s jewelry store, Omar Jewelers, in Jackson Heights. It is a family business specializing in high-end Indian, Pakistani and Middle Eastern jewelry. The original, long-established store is in Staten Island. This second store has been open for three years in this location near the #7 train and they are already thinking of opening a third.

Sabrina’s dad came to the U.S. from Pakistan as a young man seeking opportunity. He worked in the wholesale jewelry business for years until he saved enough to open his first successful store. Along the way he married an Italian girl and raised two kids, both of whom are involved in the business. His thoughts on the immigrant experience include gratitude for the opportunity to freely open a business and make a living here.
***

Family run Rincon Criollo was a thriving restaurant just outside Havana in the 1950s. The orphaned Acosta brothers had built the restaurant with their bare hands from 4 wooden planks and a thatched roof to a vast operation including dance floor, playground and an event salon able to hold over 2,000 guests. The most popular celebrities of the day frequented Rincon Criollo regularly. The restaurant was at its peak when the newly installed communist government expropriated it in 1962. Devastated but not defeated, the family listened to a fellow entrepreneur who had left Cuba to reopen his butcher shop in New York City, and decided to follow suit.

The family emigrated to the U.S. and worked in factories for many years until they saved enough money to reopen Rincon Criollo in 1976, this time in the U.S.  By sticking to the same classic Cuban recipes and welcoming family atmosphere, they recreated their success.

Today there are two successful Rincon Criollo Restaurants, one on Long Island and the other under the #7 train in Corona.

***
Sonu manages Armaan’s Bridal, the family business, a few steps from the #7 train in Jackson Heights. Sonu, part Hindu, part Sikh, arrived in the U.S. from India in 2007. He started working the day after he arrived, he says, “Working full-time for 10 years straight with no day off.”

“We see an opportunity to expand in the bridal segment by marketing to inter-cultural couples,” Sonu explains. “Many couples want both a Catholic and a Hindu wedding. We want to take the business to the next level by serving them with dignity and grace.”

His thoughts on emigrating to the U.S. pour out with passion, “I’m grateful to be allowed to come here to live my dream. I totally salute the country that has paid back my dedication, hard work and integrity. I love it!”
***
So, what really lies beneath the #7 line? Certainly diversity, but also industry, perseverance, grit, opportunity; a belief in the values that built this country and a willingness to pursue them with the unshakable certainty that the effort will pay off. What lies beneath the #7 train is America and the personification of the American dream.

About the author: Talek Nantes is an author, digital content creator and founder of the travel blog, travelswithtalek.com. She is a passionate travel enthusiast and enjoys sharing her travel experiences with others. On her site, Talek shares information on unique destinations and provides actionable travel tips and advice to help travelers make the most of their time away from home. Her focus is on cultural immersion and interaction with local people to help travelers create their own unique travel experiences.
***
Photo courtesy of the Metropolitan Transit Authority of the State of New York.