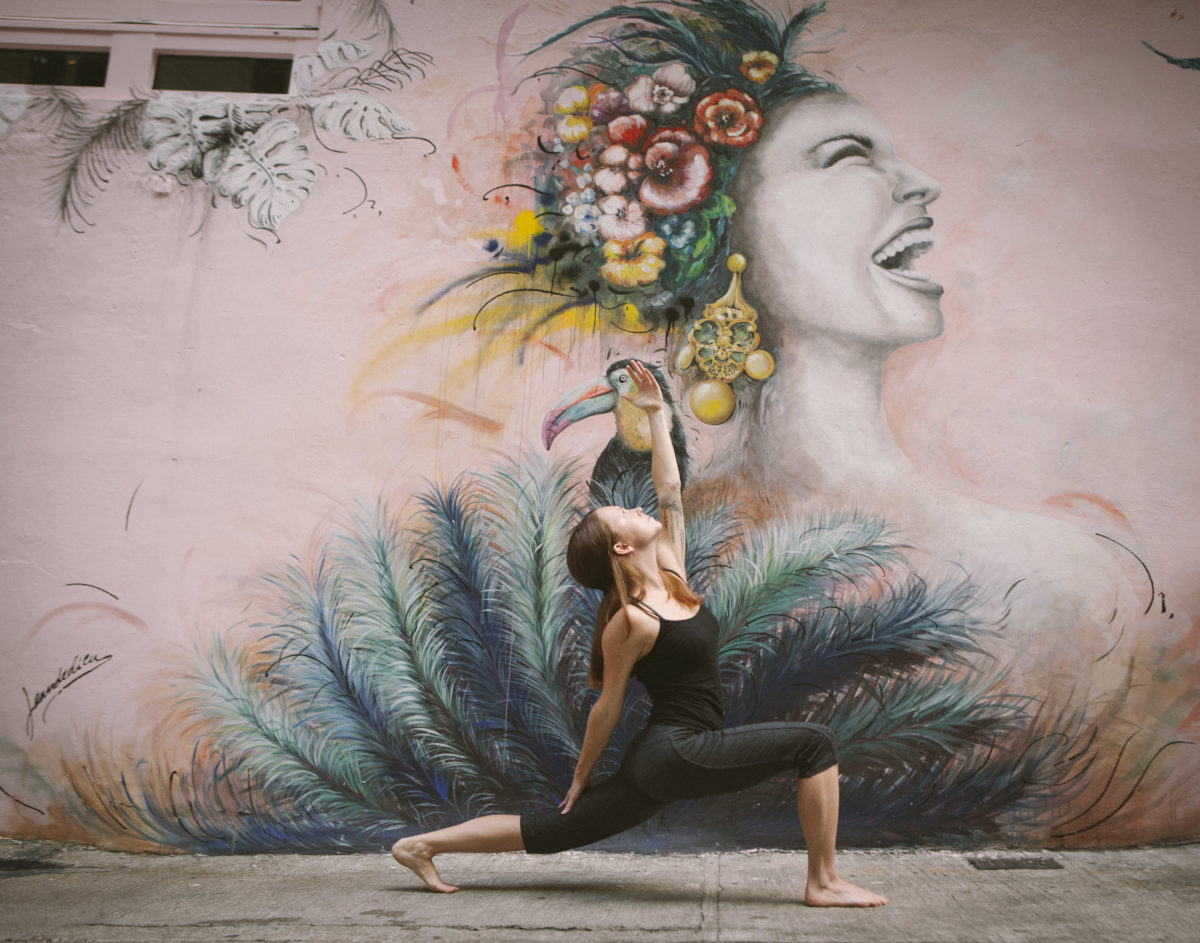 The Future of Western Yoga: From Medicine to Fitness and Back Again

“Nice job, you’re really flexible, I could see you being a teacher someday.” These words from an accomplished yoga instructor made an impression on my extremely impressionable thirteen-year-old self. My father had brought me along to a vigorous Ashtanga yoga class at the Art Barn, a small, forest green A-frame house camouflaged by the lush rainforest that is Hana, Hawaii. From the handstands to the Sanskrit chants, I was pulled in, and I’ve been practicing yoga ever since. The enthusiasm I felt that day was in part a result of the challenge yoga presents mentally and physically and partly because as a very flexible young adult, I enjoyed feeling naturally good at something.

Last year at age 25, I started experiencing extreme pain in my sacroiliac, or SI joint, my coccyx (lower tailbone) and my knees. The SI joint is the tiny joint on the back of the hips connecting the base of the spine and the pelvis, reinforced by extremely strong ligaments. While researching the joint and consulting experts about my pain, I noticed that one of the yoga sequences I do most often pulls on the ligaments surrounding the SI joint. Once a ligament has been stretched, any slack that has been created cannot be undone—this is problematic with delicate joints that depend on the support of ligaments.

In my search to determine which yoga poses do not stretch this ligament, but rather help me strengthen the muscles surrounding it, I found a class on my favorite online platform that is specifically designed to support the often neglected SI joint. The teacher, Tiffany Cruikshank, quickly became one of my favorite online instructors because of her rigorous approach towards anatomical awareness in all poses. Cruikshank, who has been teaching for over 20 years, now spends the majority of her time running yoga teacher trainings meant to equip instructors with the knowledge necessary to approach yoga from a physiologically informed perspective.

In the past decade, as the number of adults practicing yoga in the West has sharply increased, articles detailing the horrors of yoga have sprung up from time to time. A National Health Statistics Report published in 2015 stated that the percentage of adults in the US who practice yoga rose from 5.1% to 9.5% between 2007 and 2012. The inevitable injuries occurred, and the fringe “headstands lead to strokes” stories, or “Yoga Wrecks Your Body” headlines have found their way into the mainstream alongside the plethora of articles suggesting the opposite. There is however, a logical middle ground, a community of yogis and health professionals bridging the divide between yoga and Western Medicine through increased dual awareness of how the two can be complementary.

Dr. Timothy McCall, author of Yoga As Medicine references a study in one of his many articles about a group of women with stage II and III breast cancer. In the study, yoga is not meant to replace any sort of primary treatment, it is used in conjunction with surgery, radiation, and chemotherapy to as a means of combating the negative side effects of the primary treatments through immune function and psychological support.

Cruikshank, who has treated over 25,000 patients agrees with the concept: “I’ve definitely seen people with herniated discs, cancer, fibromyalgia, headaches, back pain, etc. be positively affected by yoga. I would never say that yoga can cure cancer or anything like that, but I do think that it can be very complementary to the invasive and difficult treatments that patients often go through.” Cruikshank founded her company Yoga Medicine specifically to strengthen this link between Eastern and Western medicine.

At age 14 Cruikshank went to a Wilderness camp where one of her guides who was an herbalist taught her about the medical properties of plants. Quickly fascinated, Tiffany started making tinctures of all sorts, immersing herself in learning about natural wellness. As a 14-year-old tennis prodigy she was already involved in the physical sphere, and with her newfound interest in wellness intensifying, yoga was the clear next step: “As a young athlete, the physical side of yoga drew me in initially but there was always something deeper that kept me coming back.”

In the 90’s when Tiffany began practicing, western yoga was a more direct adaptation of the practices in the East. Strictly physical versions of yoga like Core Power and eccentric modern classes like “Black light metal Yoga” were yet to exist. Over the last two decades we have seen an impressive surge in yoga everywhere from Hong Kong to Edinburgh, with myriad types of asanas and meditation. From “Kink Yoga” in Sydney to “Rave Yoga” in NYC, the asanas have been heavily adapted to fit all sorts of modern preferences.

Critics of western yoga highlight the competitive result-based approach to the practice, where being in a pose is more important than how you got into it or how you get out of it. That may be an incorrect perspective, but there are innumerable ultra-physical, posture-driven classes that are taught in a mindful way with respect to alignment. “You can always take things to extremes, in my 20’s and teens I really appreciated the physical challenge of yoga so I think that part of it served its purpose for me at that time. Some people come to yoga looking for the physical, some the more spiritual, it all has a place and hopefully they stick around long enough to find some depth and purpose in it.” says Cruikshank.

As a practice that can have immensely positive physical and mental effects, there are also precautions to be taken when contorting your body into potentially strenuous positions on a repetitive basis. The same way that Crossfit has been known to inspire a competitive, time-based approach that can lead to poor form and preventable injuries, yoga can have undesired effects when practiced routinely in a competitive class environment, without full physical awareness. Training centers like Yoga Medicine are working to increase body awareness for teachers and those who practice at home whether self-guided or with an online platform.

Tias Little, a renowned yoga instructor with a background in Somatic studies and Eastern Philosophy, leads lower back intensives that teach students how to develop the proper amount of strength and mobility in the lower back and hips. He advises his students to stall the desire to push the body to its limits, and to hover somewhere around 80 percent. “In the Buddhist tradition it’s called ‘right effort’ and it’s very hard for people to find because they think more is better. At 80 percent, the body can really accommodate the stretch, whereas 100 percent brings hardness and excess tension into the connective tissues and nerves. The attitude of ‘the harder I push the more progress I’m going to make’ is not always true.”

Aging is hugely transformative in how yogis practice, whether from 40 to 50, or 20 to 30. When Tiffany Cruikshank experienced a major spinal injury, she had to substantially modify her practice to work with her recovery. “Having a herniated disc was one of the most intense things I’ve ever dealt with, it was definitely one of the things that shifted me towards a more purpose driven practice. In my 20’s I was really interested in the gymnastic side of Asana, and through my 30’s my practice has been more grounded and balanced.”

Cruikshank holds a Bachelors degree in Medicinal Plant Biology, a Masters in Acupuncture and Oriental Medicine with a specialty in Sports Medicine & Orthopedics, and has been teaching yoga for over 20 years. She embodies the meeting point of Eastern and Western medicine, living by her opinion that “clearly the traditional practice of yoga has worked . . . [but it’s] smart to combine what we’ve been doing for thousands of years with what we now know about western science and medicine.”

A National Health Interview Survey completed in 2012 reported what may be thought of as common knowledge in the yoga community, that Yoga was useful in treating musculoskeletal conditions and mental health conditions among the participants of the survey. Experts like Cruikshank and Little say that back pain is likely the most common problem they have seen yoga help to heal. The more informed yoga instructors are about what is best for their students anatomically, the more legitimized yoga will become as a practice to be used in conjunction with Western medical treatment for issues like back pain and depression.

As the holistic approach to wellness gains traction in the mainstream, one of the pros of yoga is that is has the space to integrate the facets of the physical, psychological and social perspectives on health. Tiffany uses a detailed questionnaire with new students & patients that helps her approach their conditions from all angles. “Recently I worked with a woman who had been experiencing neck pain for ten years, and she had this long list of traumatic experiences. I went through the physical records with her, and she had no serious physical diagnosis, but it was clear to me that she was carrying serious trauma. I think one of the beauties of yoga is that you don’t have to know everything – it’s not about psychoanalyzing but more about being cognizant of patterns. Simple things like meditation and pranayama with a focus on personal inquiry can be so useful in restructuring these patterns to be more beneficial.”

Meditation offers a way to step back from the way we see ourselves and to detach from the negative patterns that we have implemented throughout our lives. Pranayama, a controlled breathing technique integral to yoga, can be used along with the asanas and meditation to attain a quality of objectivity that allows room to break these physical and mental patterns.

A Letter to Those Obsessed with Finding Their Purpose

Regardless of the many modifications, yoga has undergone in its transition to the modern world, the practice undoubtedly has inspired its devotees to invest in self care whether physical, mental, or spiritual. The next step is infusing yoga with what we now know about our anatomy and physiology to prevent injury and allow for the practice to be used to its fullest potential as therapy when applicable. “I think some of the trendy things of yoga will come and go and the things that are really significant will stick around. More and more people are using yoga for wellness and there is more knowledge about how to do this available all the time,” says Cruikshank.

For a jump start on improving your practice, or starting off on the right foot, check out some of these resources:

About the author: Viola Gaskell is an author, yoga teacher, and photographer based in Southern California. Viola has been published in Yes! Magazine, Monocle, Mashable, etc. and has taught yoga in Hong Kong, Seattle, Hawaii, and California, where she now lives by the beach. 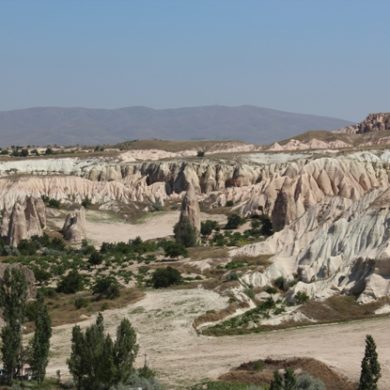