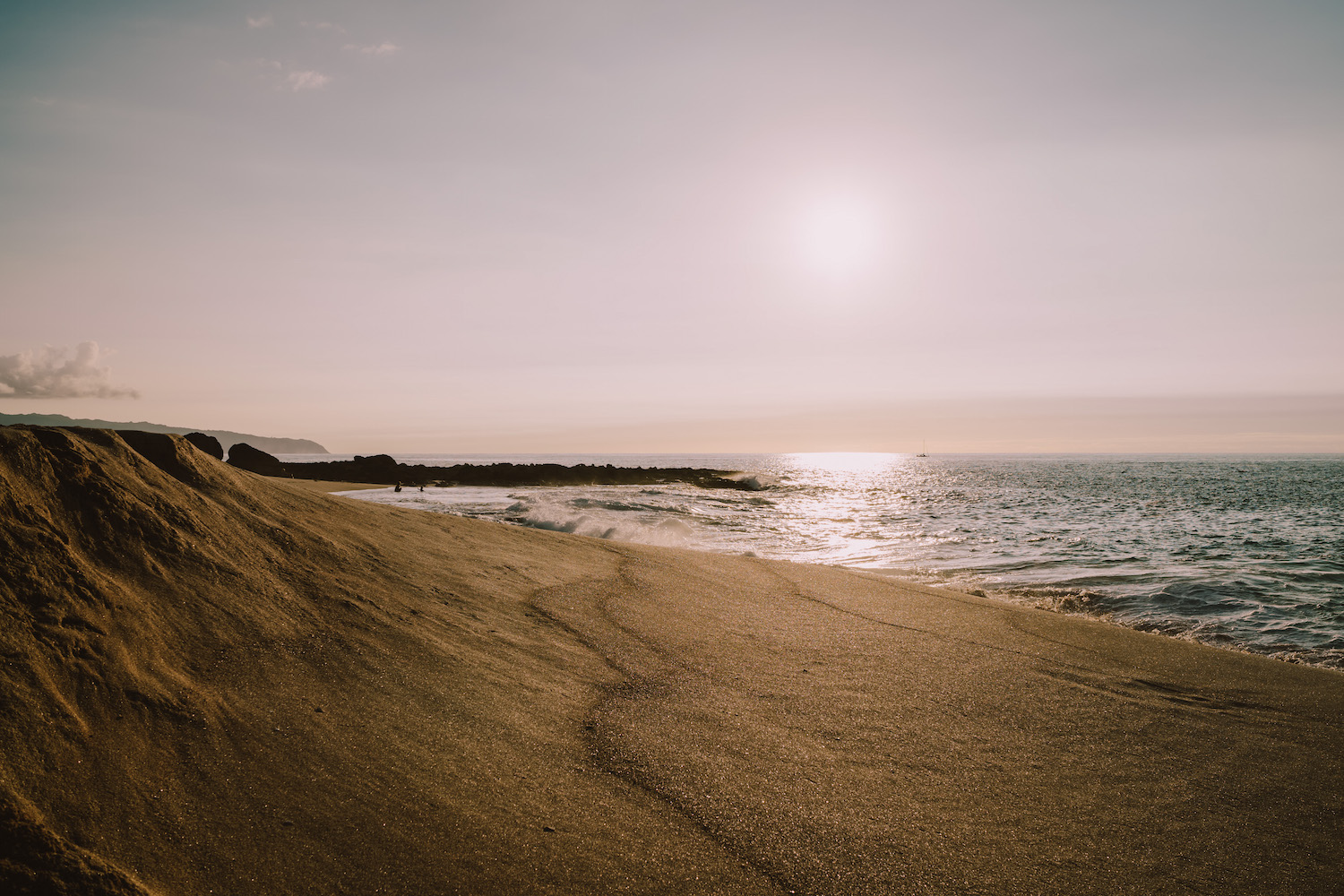 As I scooped up two handfuls, the course sand flowed through the spaces between my fingers releasing the granules as I sifted through with my thumbs in search of tiny shells. As I ran my hands through waves of cool sand I gazed out to the majestic ridges of the Mokuleia Forest Reserve, its red ridges softly illuminated by the rising sun. For as far as I could see it was just me and my husband on this expansive stretch of Oahu’s Seven Mile Miracle. I looked back down at the sand and saw something pink on the surface. A perfectly smooth round shell; I guessed it the remnants of a conch with only the interior spiral intact. A beautiful reminder of the imperfect perfection found all throughout the Hawaiian islands.  I was grateful to have this magical spot all to myself in the moments of dawn. 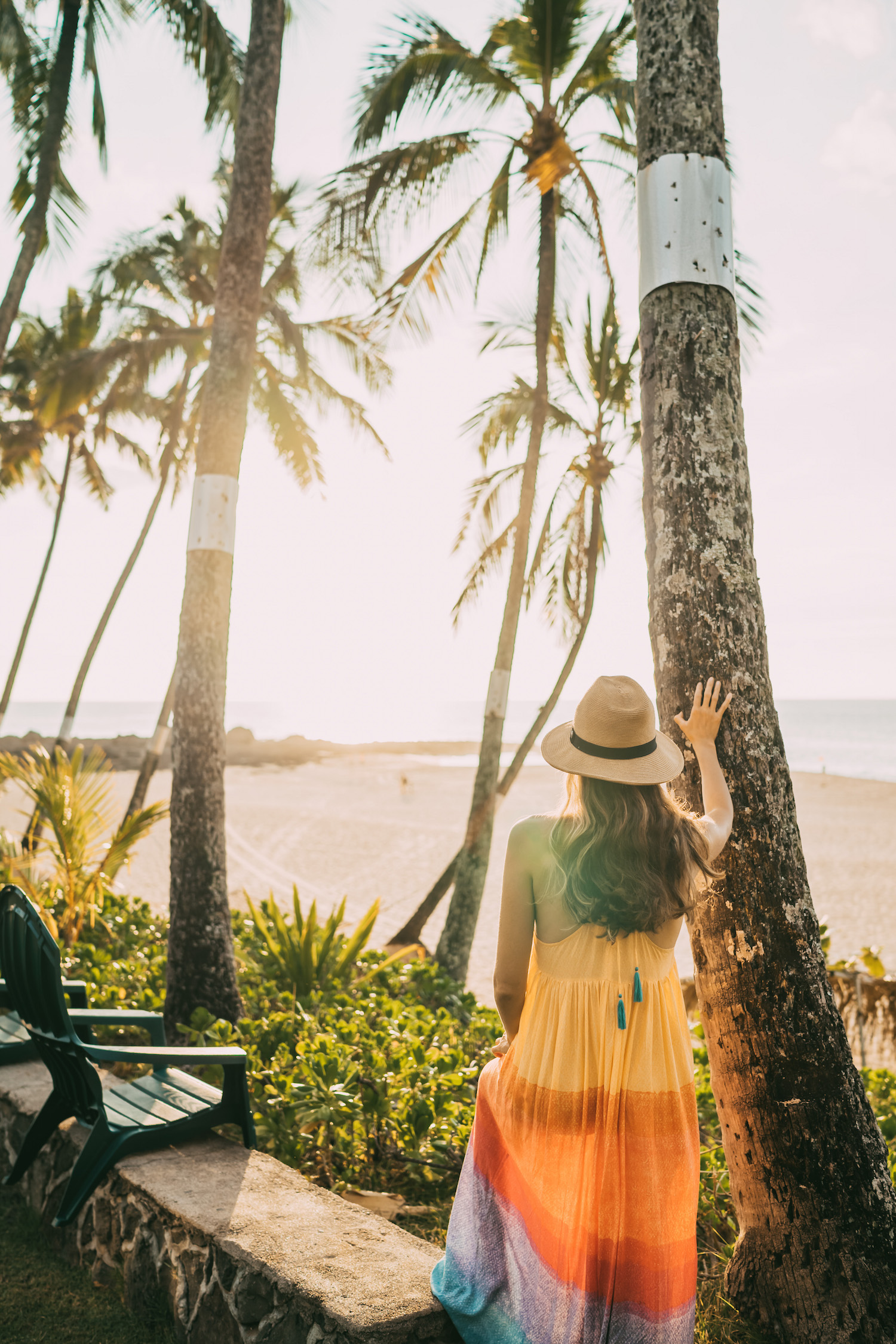 The Seven Mile Miracle stretches from Haleiwa Beach Park to Sunset Beach and is said to be one of the only places on Earth to have an abundance of the most perfect surf, sand, and shore. Having experienced the magic of this place I don’t think I could argue with its given name. How I ended up here was a stroke of pure luck (maybe even a miracle), and I was glad to have found the Ke Iki Beach Bungalows as my home for two nights.

When we landed on Oahu, we were scheduled to stay in Ko Olina, but after spending five nights in Kauai, we just couldn’t bring ourselves to spend the next three days among the frenzy of high rises. The North Shore of Oahu has a rawness to it that matched the unspoiled landscapes of the north of Kauai. 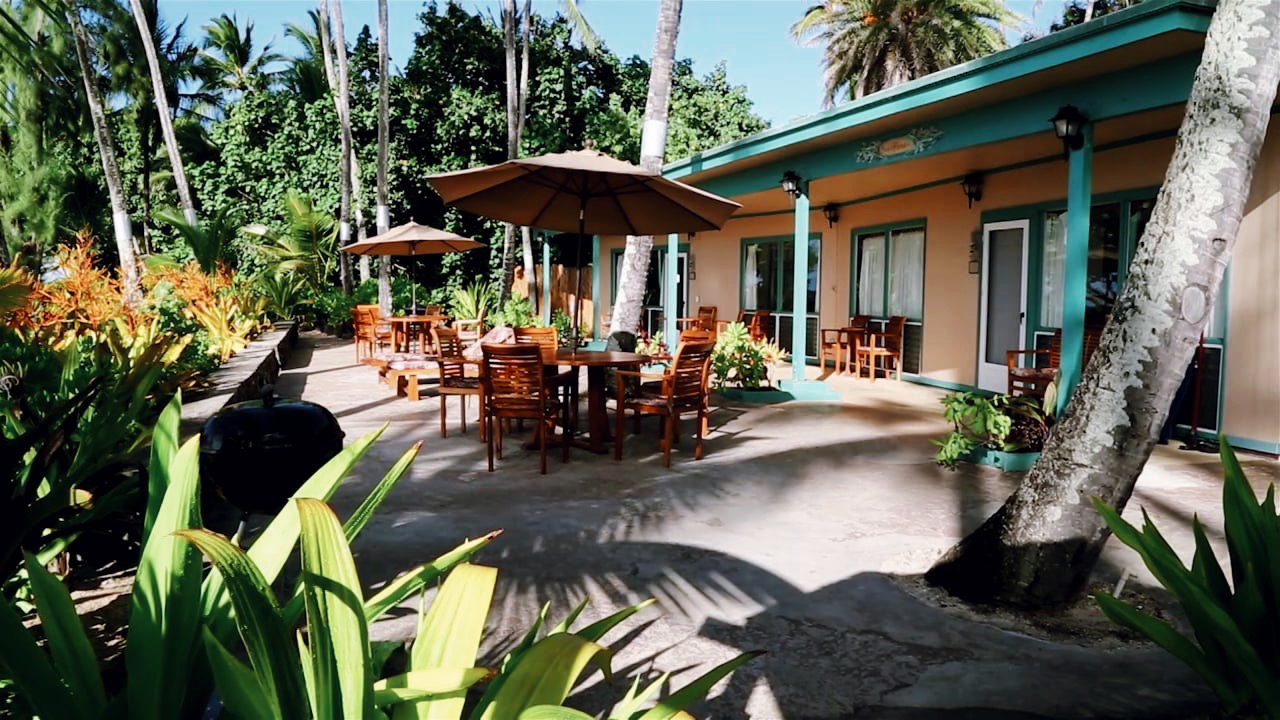 The beauty of our oceanfront bungalow was that you could do absolutely nothing yet have everything one could want: the sea, the stars, miles of pristine shore, sunsets and sunrises, a grill and a hammock for afternoon naps or nights under the Milky Way. It was bliss rooted in simplicity. 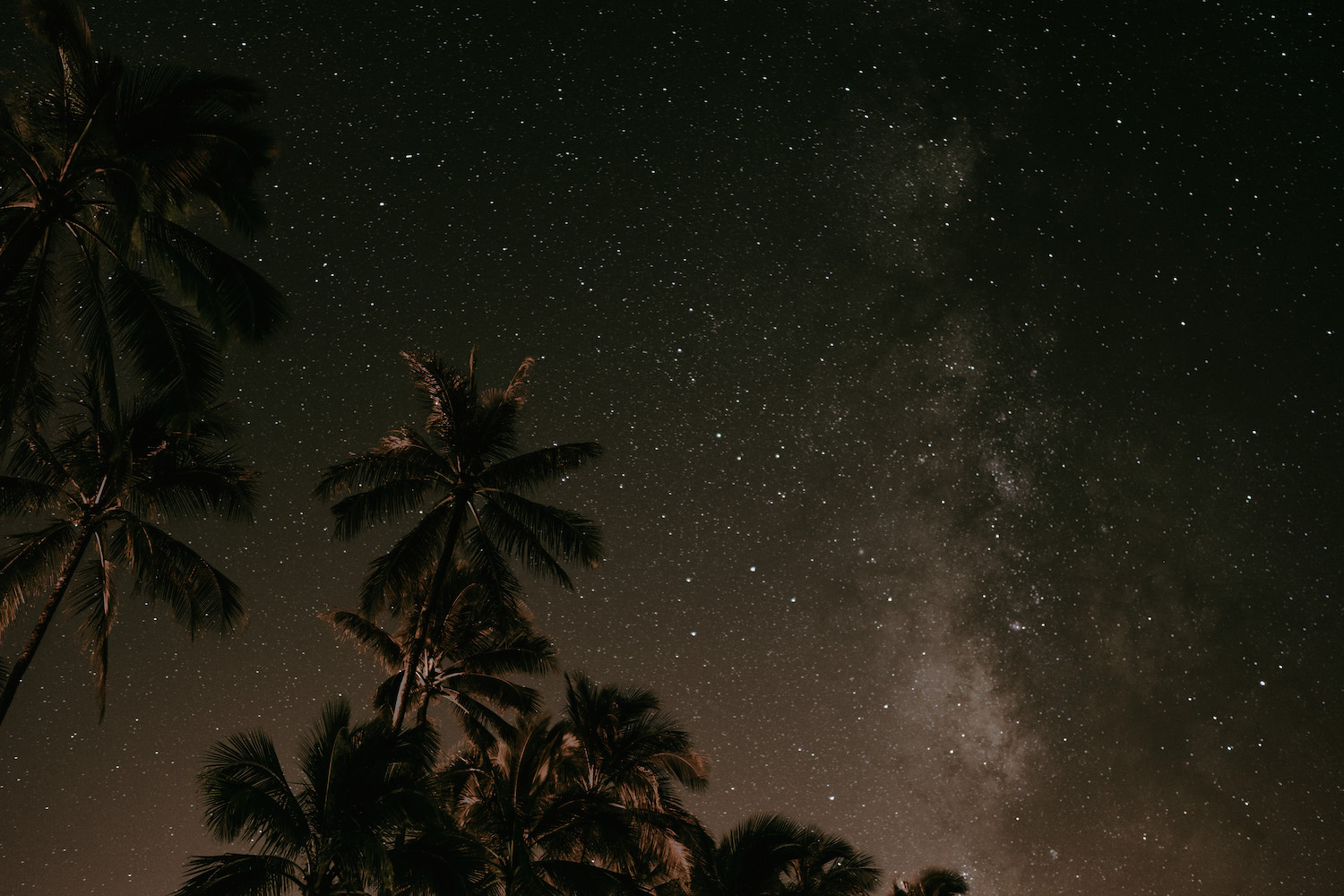 When we did manage to pull ourselves away from our spot on the Miracle, some of Oahu’s coolest attractions were only minutes away. We beach hopped from Shark’s Cove to Laniakea Beach where large sea turtles swam up on the shore providing a rare glimpse of their sweet faces and exquisitely patterned shells. In the afternoon, we grabbed a bite at a few of the many food trucks off the Kamehameha Highway. Who could resist good, simple food and the vistas of Shark’s Cove in the distance? When we wanted to spoil ourselves with a healthy, delicious meal we drove to the Beetbox Cafe and washed it all down with some local coffee.

How to Be a Gracious Visitor of Sacred Places

In the evenings we returned to Ke Iki Beach and sat on our patio enjoying a home-cooked meal and some soft music as the sun sank below the horizon. Our suite was cozy and was fully equipped with a kitchen and bathrooms with hot showers. At night I could hear the powerful waves crash against the shore and seconds later hear the lamps at our bedside shake ever so slightly. It was quite incredible to experience the power of Mother Nature even from the comfort of my bed. 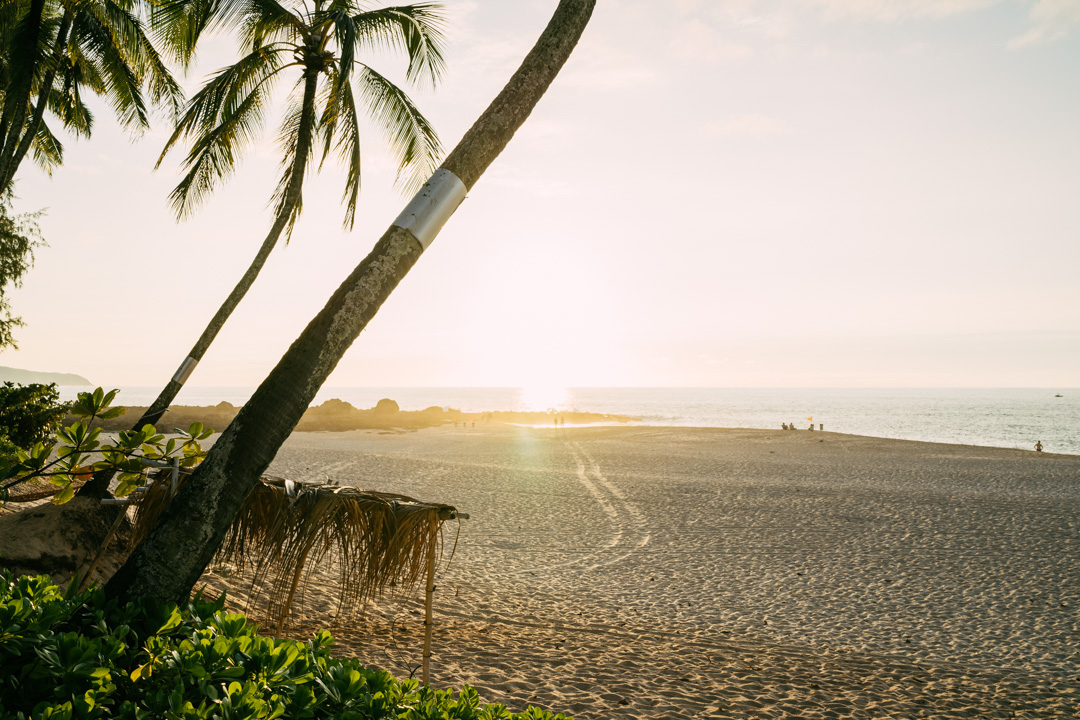 The area of beach we were on is known for some of the biggest surf the world over. Being that it was September and winter was still months away, the ocean was lulled (by Hawaii standards) by the softness of summer, yet drownings occurred even this time of year, so I opted to enjoy the sea from a safe distance.

On the morning of our last day at Ke Iki, I admired the perfectly imperfect conch shell I found at sunrise while soaking in those last moments of dawn. Its spiral shape reflecting the power and creativity of the ocean on its smooth surface. It indeed was a little miracle amongst one of the greatest miracles on Earth.