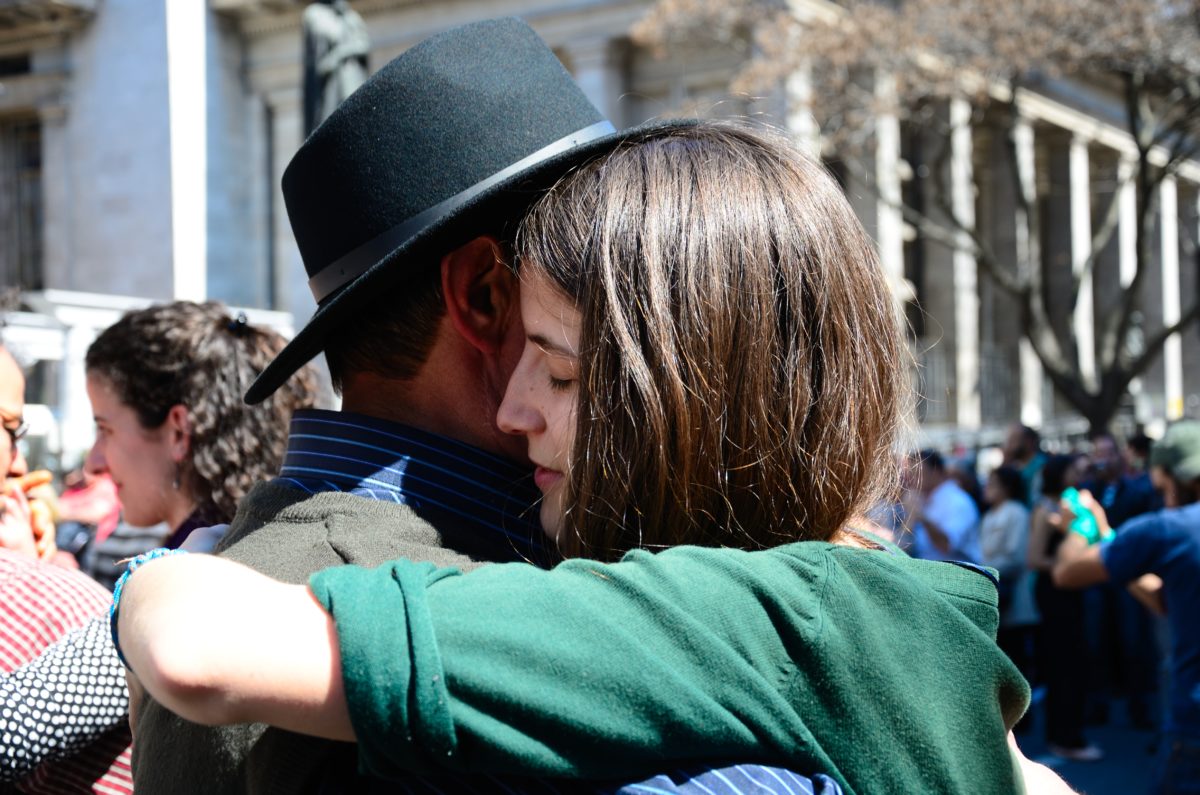 Welcome to Medellin: City of Music.

Medellin is a member of UNESCO’s Network of 116 Creative Cities but its musical roots predates the network’s 2004 launch. The aim of the network is to stimulate international cooperation with and between cities that make creativity an engine of sustainable urban development, social inclusion and cultural influence. Creative cities operate in seven creative areas: crafts and folk arts, digital arts, design, film, gastronomy, literature and music. Medellin joined this network in 2015 in the field of music. However, musical, political, educational and cultural leaders were working behind the scenes long before this affiliation.

Medellin, a city in northwestern Colombia, has a population of 2.4 million. In the 20th century, the city, under the influence of industrialization, experienced spectacular urban growth with increasing outer slums. In the 1980s, the city was under the pressure of the drug cartel led by Pablo Escobar and its associated violence. Since the beginning of the 21st century, the city has become considerably safer and immense efforts have been made, supported by cultural programs to promote social progress, education and innovation. For years, music has provided a boost for social equality and peace through the learning of music, especially among young people.

Called the “Colombian capital of the tango” because of the presence of the Carlos Gardel, or “the king of the tango” as he was known, tango is part of the very soul of Medellin. However, other popular music genres also hold deep cultural elements of the inhabitants of Medellin. The traditional music such as paisa, and also vallenato, salsa, rock, and reggaetón have an important space among which the Festival Medellín Vive la Música, the International Festival of the tango and Altavoz, which have been recognized by UNESCO as some of the most important Latin American projects in favor of the empowerment of young people.

The city also has a rich tradition of classical music and among the well-known classical music groups is the over thirty year old Philharmonic Orchestra of Medellín. Always faithful to the classical tradition, the Orchestra is gradually opening up to other musical experiences. Despite financial difficulties the organization formed of 34 musicians strives to be accessible to all, engaging in projects such as fusion concerts incorporating other styles of music or playing with popular dance groups. The Philharmonic Orchestra strives to be more connected with the social reality of the city, and in this, it attempts to defy the social paradigms.

At a young age, municipal politicians have relied on a set of social policies carried out by the Network of Music Schools. Established in 1996, today the network has 27 music schools and more than 5,000 students from 7 to 24 years old. These schools promote the creation and diffusion of music and music education. Working with young people from under-served neighborhoods, these networks foster education in supportive and enabling environments. The goal is to allow the music aid the teenagers in building their own identities, to inspire a love of music, and to build self confidence and the skills they need to become leaders in their communities. The networks emphasize and celebrate diversity in all of its forms. The different realities of the city are present, the social complexities are united, and the traditional and urban musical cultures are recognized. A network of music schools like the one in Medellin reinforces the sense of community, neighborhood and city where everyone has a place. 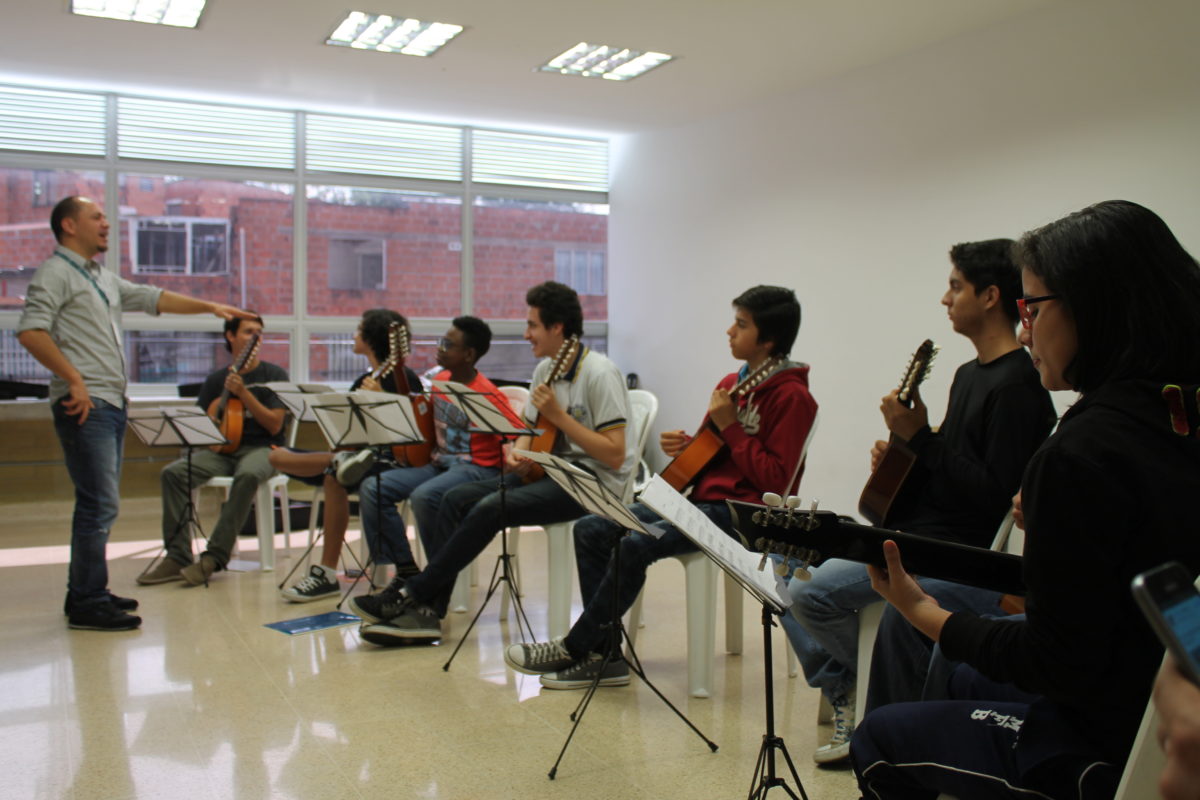 The Future of Music in Medellin

Medellin has made a major effort in the formulation of cultural policies with broad community participation. However, given the political situation, what will be the consequences for the continuity of cultural projects and the generational cultural movement in Medellin, knowing that in 2017 the budget allocated to culture is 102,942 million pesos, that is to say a decrease of 18% compared to 2015 (126,000 million pesos). It should be emphasized that during a period, Medellín managed a budget, more consistent than that of the Ministry of Culture for the whole country!

Some companies like Yamaha Corporacion have decided to invest more in social progress through music. In 2005, Yamaha Corporation founded the Incolmotos Foundation, focusing on four programs: Becas Tokando, Yamaha Musical Schools (Bogota, Cali and Medellin), Music to See and Winds of Tomorrow. The most important program of the foundation is Becas Tokando, which is present in 18 regions of Colombia, mostly in rural areas (75%), with 17 000 pupils, aged between 7 and 14 years. Most participants come from poor areas whose music is not a priority. The introduction of music learning influences the cognitive and educational progress of students. Music has a significant impact in their daily lives.

The EPM Group founded in 2000 aims to meet the diverse needs of the community. It was in this context that a central location, La Maison de la Musique, was built in 2005. This public space offers a wide variety of free activities. The House of Music is a place of encounters and creation between musicians. The House of Music contains six rooms. Without this place, 5,000 musicians, 30 bands that have benefited or benefit from it, would not have a room to play.

Music in Medellin in all its forms, continues to go on.

And the Professionals in all this?

Born in 2010, Circulart is the pioneering cultural market in Colombia, which has since become a key epicenter for the meeting between supply and demand in the country. This market brings together thousands of artists and more visitors. Circulart also receives support from the public and private sectors, and annually welcomes representatives from various countries and international production companies. This event generates more than millions of dollars annually. It promotes an entrepreneurial culture so that the music sector is sustainable. The globalization of the economy, communications and culture is oriented towards the creation of the information and knowledge society in which the cultural industries play a fundamental role. Circulart is a step forward in the way we think about exchanges and management in an area where innovation and distribution needs have generated new areas of integration in South America and around the world. And just one part of  Medellin’s ongoing musical story.

About the author: Séverine Grosjean is a French cultural journalist and avid explorer. She previously worked as press officer at the French Embassy in Guatemala. Séverine is currently working on the Nomad Creative Projects, a travel resource where destination inspiration is combined with social, economical, political and cultural reporting.