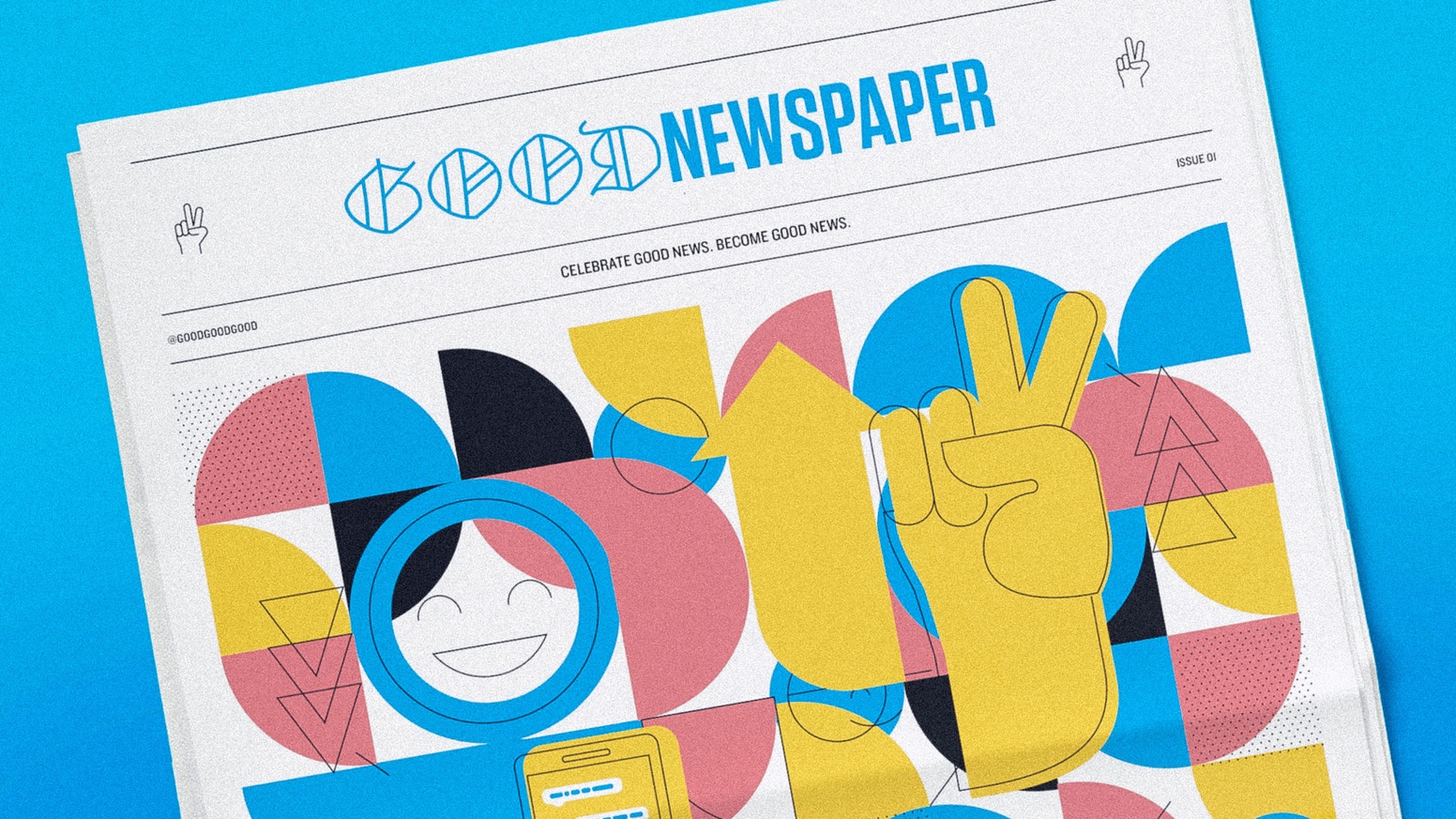 Branden Harvey – a curly-haired storyteller, photographer, and writer – has been traveling the globe documenting the world’s little-known stories since he was a mere teenager. After his photography gained him a prominent presence on various social media platforms, he saw an opportunity to promote humanitarianism and social change. Thus, he founded a hopeful collective called Good Good Good to combat the hate, fear, and injustice that often seems to dominate our world. Now 24 but no less curly-haired or optimistic, Branden’s storytelling is focused solely on the good in the world. He has spent his years traveling and bringing hope to people through his photos, newsletters, and podcasts – adhering all the while to a credo inspired by none other than the beloved PBS icon, Mister Rogers: “When I was a boy and I would see scary things in the news, my mother would say to me, ‘Look for the helpers. You will always find people who are helping.’”

Good Good Good aims to celebrate, perhaps unsurprisingly, the good in the world. It concentrates on stories of people who are harbingers of positive change, who find hope in the midst of bad news.

Hence, the Goodnewsletter was born.

A weekly e-newsletter devoted not to avoiding the reality of worldly pains but rather to finding the helpers and stories that emerge in the midst of them, the Goodnewsletter chronicles the most hopeful things currently happening around the world, serving up untold stories of dignity and faith. From big-name companies like Google creating crisis funds for immigration causes, to the FAA’s approval of environmentally-friendly alternatives to jet fuel; from celebrities supporting the ACLU at press events, to the falling rate of executions; from individuals donating kidneys to strangers, to New Yorkers removing Nazi vandalism from subways – the stories spawned an incredibly positive reaction from subscribers and inspired Branden to launch a Kickstarter campaign to convert the newsletter into a more tangible medium.

The Kickstarter for the physical extension of the Goodnewsletter, aptly named the Goodnewspaper, launched on March 14 of this year and hit 120 percent of Branden’s minimum goal within a week. The paper is expected to ship out around the beginning of June and subsequent issues will ship out on a quarterly basis. Each issue will celebrate good news and shine a light on helpers and movements working to change the world for the better. Branden’s mission is to inspire people all around the globe to make a difference and become individual causes of good news.

The Kickstarter has closed but you can find the Goodnewspaper here and follow Branden’s wonderfully inspiring journey here.