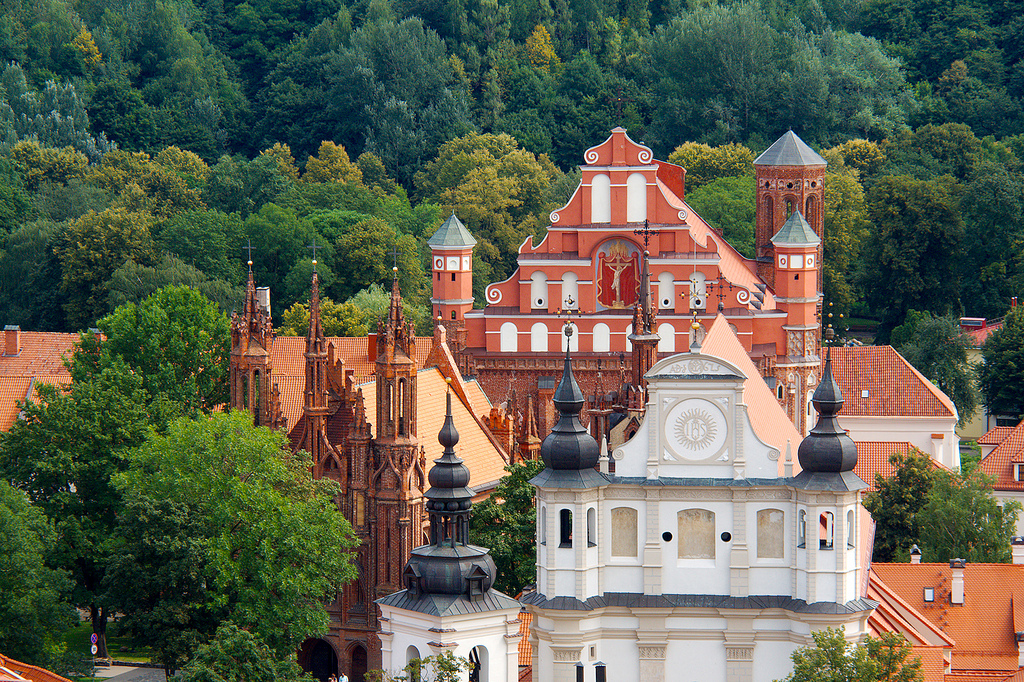 In the firmament of European travel destinations, there are a few stars that burn brighter than all the others: Paris, Rome, London. Each is a glamorous, cosmopolitan metropolis with obvious historical significance, but the continent has more to offer than its urban all-star team. Though you may never have heard of it before, Lithuania’s capital of Vilnius is an ideal destination for adventuresome travelers looking for a taste of undiscovered grandeur.

Now the largest city in Europe’s Baltic region, Vilnius has long been situated on a cultural and political fault line between Slavic Russia in the east, the variety of people in Western Europe, and Scandinavia across the sea and to the north. For centuries, the city was part of the immense Polish-Lithuanian Commonwealth, which – at its peak – spanned all the way from parts of today’s Germany to the northern shore of the Black Sea. Contemporary Lithuania is substantially smaller, but it was once a major player in the course of Eastern European history and bore witness to crusades, major military conflicts and even an early foray into quasi-electoral politics.

The architectural aesthetics of Lithuania are a hodgepodge characteristic of its tumultuous political geography. Traditional structures are made of wood, but ongoing exposure to the trends and preferences of other continental cultures have left their mark on the Vilnius skyline in the form of Gothic, Romanesque and Neoclassical structures. These wouldn’t be out of place in the urban centers of its western neighbors.The Church of St. Casimir (built in 1618), for example, is the first and oldest baroque church in the country and a splendid example of historical exchange that created the appearance of modern Lithuania.

Despite Vilnius’s location between and constant exposure to some of the major nations of Europe, it’s retained a culture distinct from all of them: The Lithuanian language isn’t Slavic or Germanic, as one might expect, but Baltic and, as such, almost completely unique to the region. So, as you’re winding your way through the streets and alleys of Vilnius’s old town, one of the largest and most picturesque extant medieval old towns in Europe, you’ll be hearing not just a language, but one of the last surviving representatives of an entire language family.

If linguistic tourism isn’t your forte, modern Vilnius has to plenty to offer shoppers, aesthetes and people just looking to eat. Walk down Stikulu street if you’re looking for local garments or stylish products sold at designer boutiques. Visit the Literatu Gatve, the literary street, if you’d like some exposure to the most prestigious names in Lithuanian literature. Since 1998, there’s even Uzupis, a self-declared “artist’s republic” complete with president, constitution and a thoroughly arbitrary statue of American music artist Frank Zappa.

As for food, there’s a wide selection ranging all the way from traditional staples to exceptional examples of international art food. Lithuania is known for its regional take on Eastern European staples like potato dumplings and pancakes, which you’ll find in abundance. But Vilnius also has a thriving restaurant scene with eateries that cater to a more cosmopolitan taste: the Nordic-inspired Dublis Restaurant, for example, or the meatier Boff Steakhouse. There’s a meal here for every taste, and it goes to show that leaving traditional destinations behind doesn’t mean you’ve left fine dining along with them.

The ease of intra-European travel isn’t any secret, with services like Irish airline RyanAir offering flights between Eurozone airports for almost unreasonably low prices. So, whether you’re studying abroad or building a vacation itinerary that involves multiple countries, all it takes to spend a weekend in the Baltic is a modest budget and a willingness to experiment.

A roundtrip flight in January from London to the Lithuanian capital might cost you as little as $50, both ways. This means traveling from one end of Europe to almost the other is equivalent to a roundtrip bus ticket from Boston to New York. If flying isn’t your fancy, or if you’re traveling with a lot of luggage, there are any number of bus and train services.

What use is ease of travel if you don’t have anywhere to stay, though? Luckily, Vilnius has a number of accommodations for anyone, regardless of budget. Lodgings range from a number of luxury hotels to a typical suite of inexpensive hostels. With all that in mind, there’s no reason not to broaden your European travel horizons. There are many cities on the continent that don’t fit into a typical itinerary, and Vilnius is one of the best.