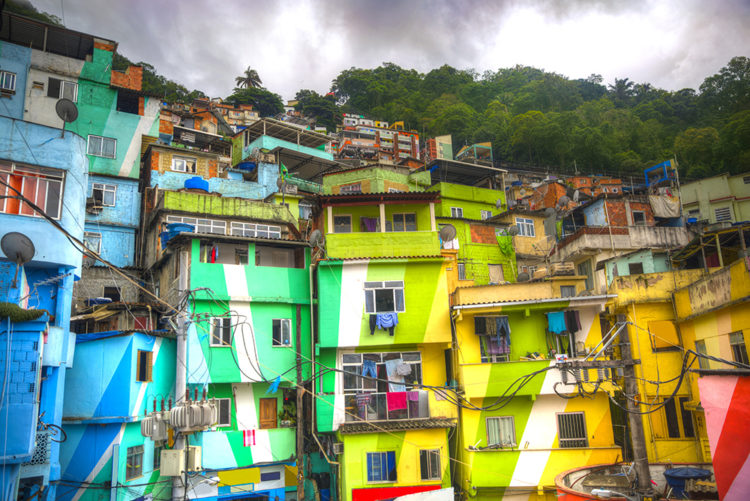 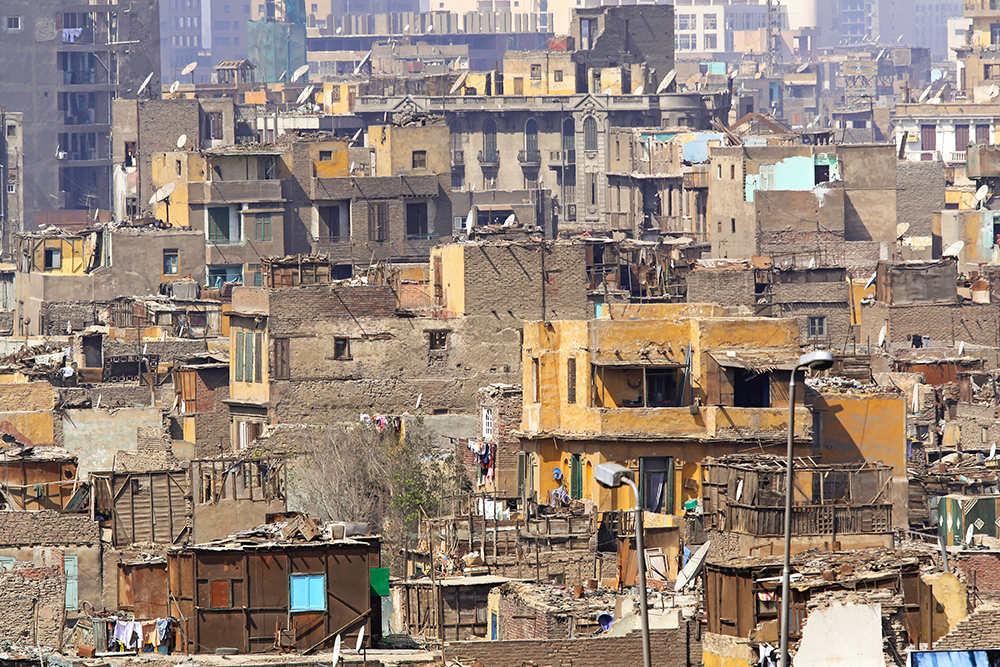 Where there is poverty, there are slums. Yet, while these ghettos house their share of misery, it’s not all just despair. From within this bleakness, a creative force is growing to fight this global epidemic with art.

Urbanization growth is at its highest levels in history, and slums are spreading rapidly. Almost one billion people are confined to these poor neighborhoods; that is roughly one-third of the world’s urban population.

One way to combat this growing epidemic is through slum paintings, which convert the crowded, dusty buildings into a colorful canvas. This social project not only gives temporary jobs to the slums’ inhabitants, but raises moral and draws positive attention to these areas. While it’s not irrigation canals or medical aid, large-scale community art projects have a positive effect on the mentality of slum populations.

The psychological effects of color are many, and, sometimes, this bright form of therapy is the best remedy. Putting paintbrushes into the hands of locals lets their ideas take form in a positive, aesthetic manner.

Jeroen Koolhaas and Dre Urhahn are two artists from Holland working to combat the hopelessness of slums. Since 2005, they have been raising awareness and money to bring into one of Rio de Janeiro’s worst neighborhood. Their art project, Favela Painting, brings people together by turning the dusty buildings into one unified painting. Haas and Hahn are thorough in documenting time spent in their temporary homes, often citing it as more important than the actual result. 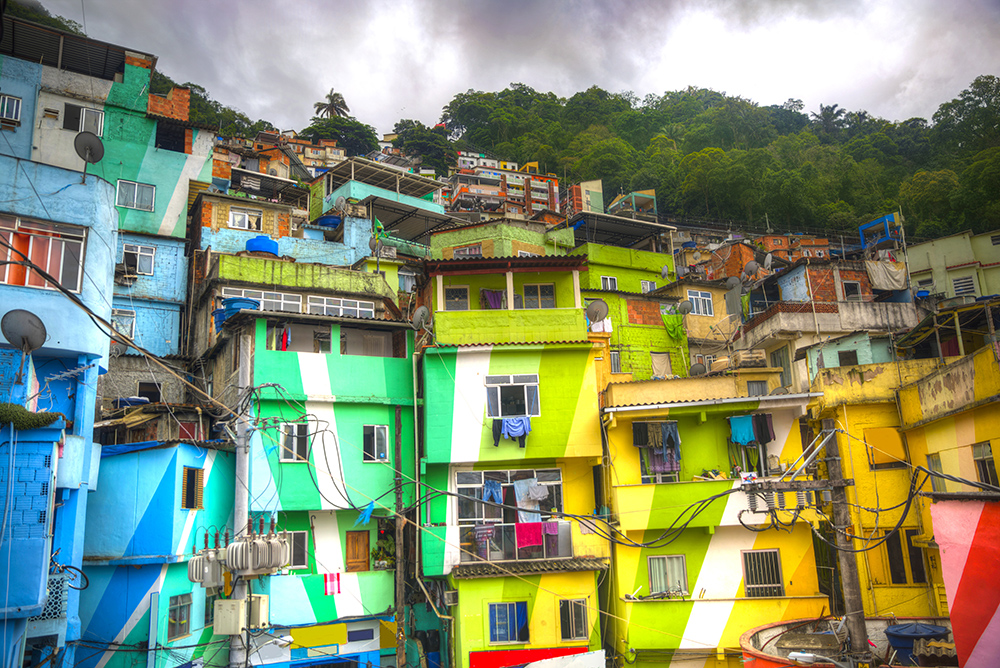 Since then, they have brought color and Danish organization into rowdy neighborhoods throughout the world. Their large-scale art ideas stress the importance of letting projects grow organically and mirror the slums’ birth of being built by hand, from the bottom up. Listen to their story in this TED Talk.

Las Palmitas, a hillside slum on the outskirts of Pachuca, Mexico, recently received a similar face-lift. In 2015, Germen Crew swooped in and painted a breezy rainbow over the low-income neighborhood. The project, Pachuca Paints Itself, has involved more than 1,800 of the area’s residents and has been so successful that similar projects are being planned in nearby slums. 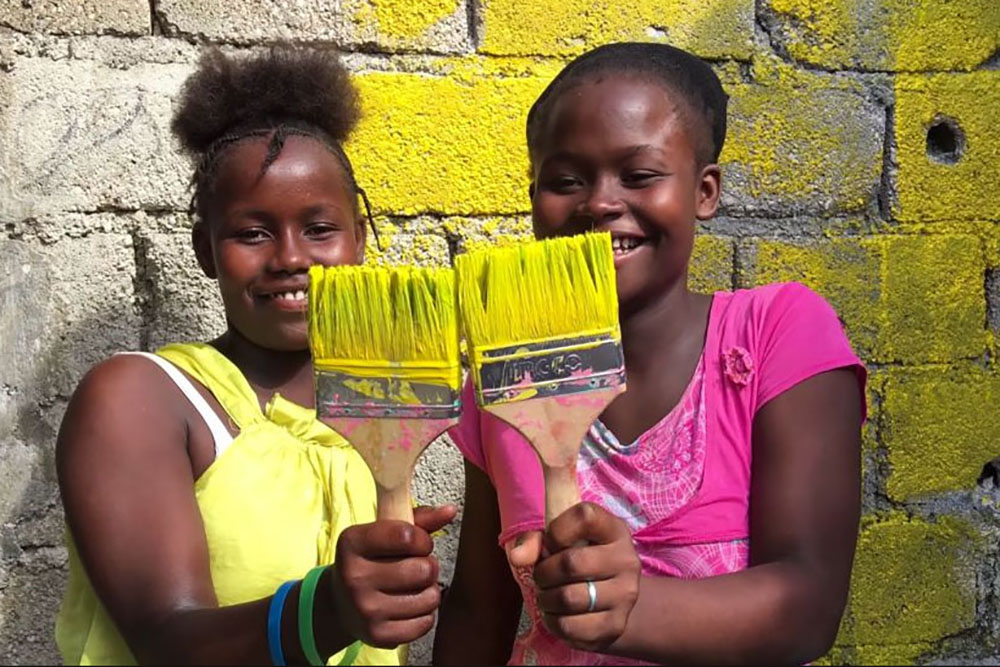 The Painter of Jalouzi via RYOT

In Haiti, vibrant colors are abundant in nature, but lacking in housing. After the 2013 earthquake, the government launched Beauty versus Poverty: Jalousie in Colours, a $1.4 million project inspired by national artist Prefete Duffaut’s work. After funding ran out, local painter Duval Pierre took it upon himself to extend the palette into his own shantytown. Known as the Painter of Jalouzi, Pierre preaches that painting has the power to bring nature’s beauty into everyday environments.

SPAG Photography is another artist that tackles poor neighborhoods throughout the world with color and design. His project, Share the Word, is a compilation with street artist Seb Toussaint that started in Egypt’s neglected communities. Since then, it has spread to Bogotá, Kathmandu and Nairobi, always emphasizing the break-down of language barriers through art. The graffiti of empowering words that paint entire walls offer identification of place and self for inhabitants otherwise lumped into masses. 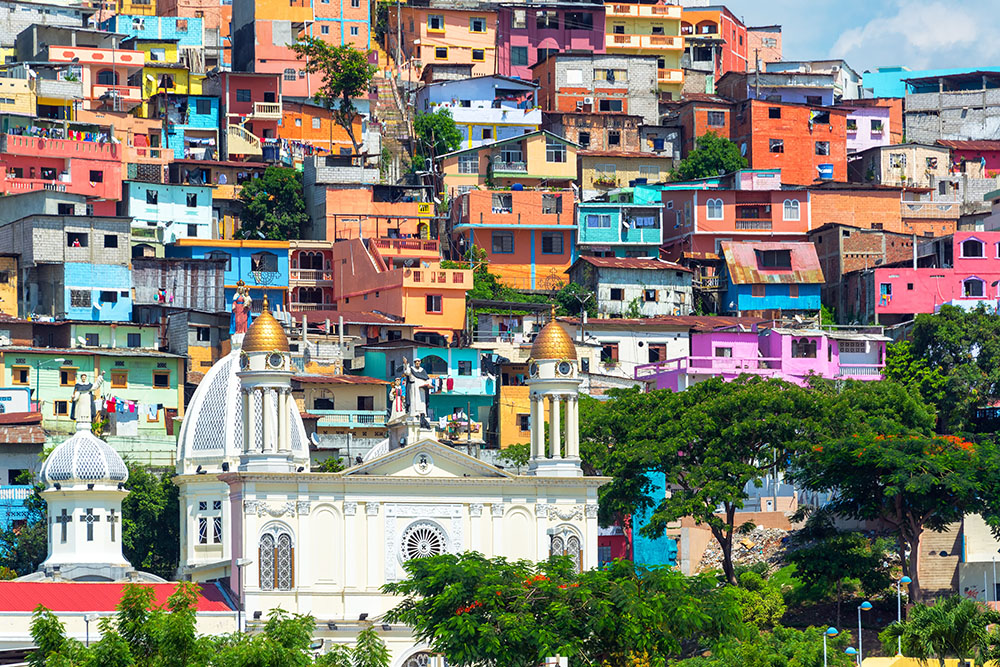 The advantages of community art projects are many. Inhabitants come together to work and learn from each other, increasing social ties between individuals. Skill sets are expanded, time is spent in a productive manner, and cooperation is vital in group planning. Color provides identity and hope, brings beauty to the bare, and the creativity process gives power into the hands of the people. Crime decreases and community identity increases.

Community art is important to both the country and its inhabitants. People illustrate their voice and walls display the spirit alive within. With a little cooperation, it’s possible to paint over the bleakness of monotony and poverty, one brushstroke at a time.