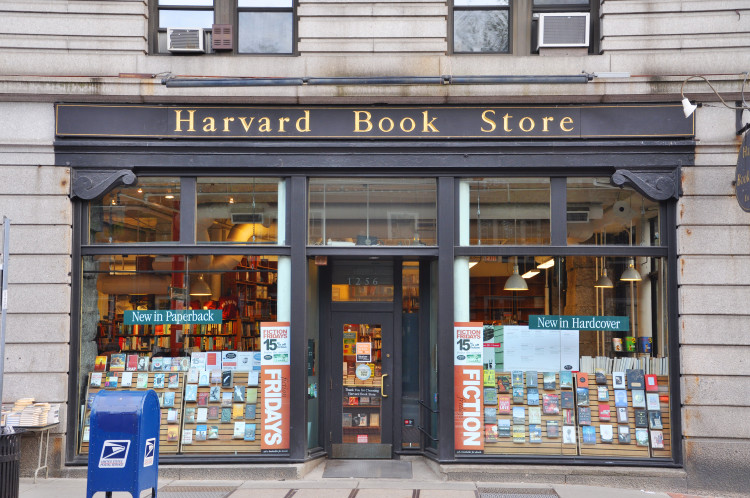 The Bookstore Tour of Boston

Welcome to Boston, book lovers. This tour is designed to take you to nine of the best independent bookstores in Boston and the neighboring communities of Cambridge, Mass., and Brookline, Mass. It’s a loop, so you can start at whichever location is closest to you.

How to get to the first stop: Trident is easily accessible by foot, train, or bus. Here’s a link to get directions. 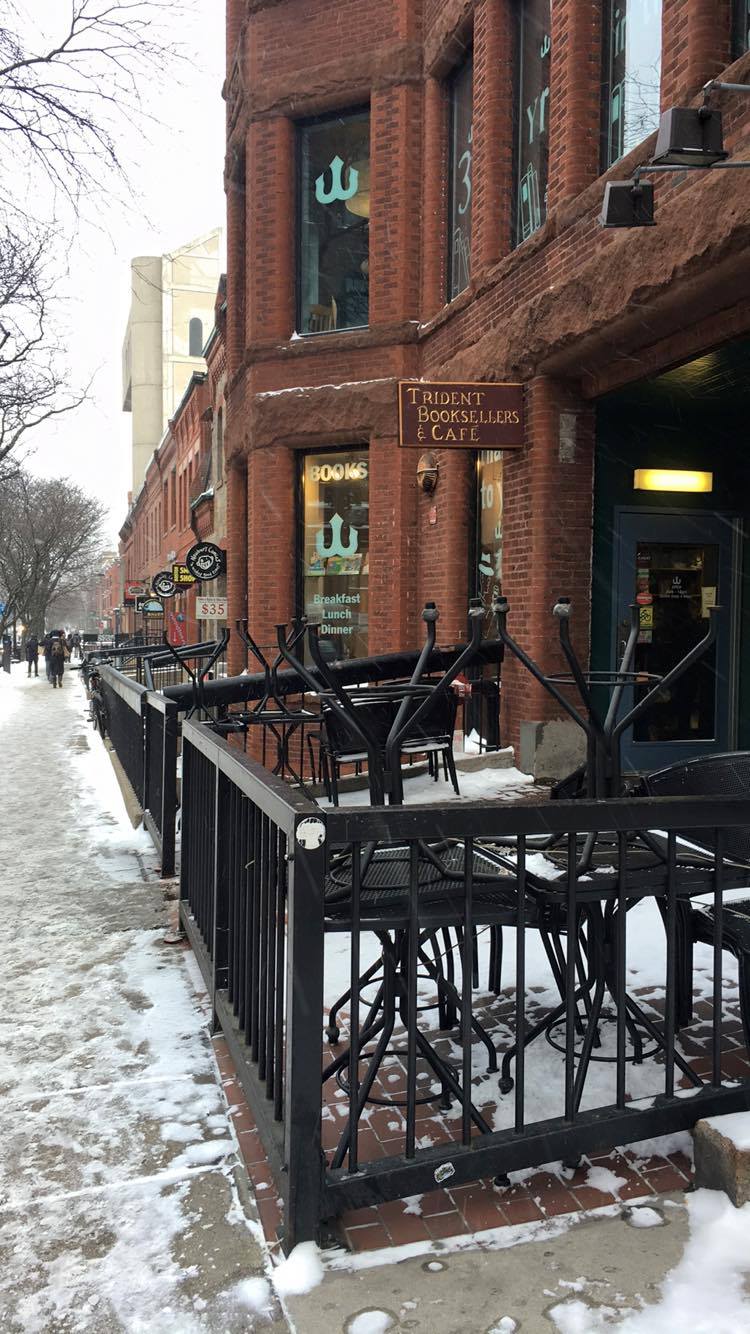 Trident Booksellers and Café in Boston’s Back Bay has hands down the best food on this tour, and would be a good place to fuel up before you begin. The book selection equals the impressive menu, and the shop calendar is packed with readings and other fun events.

How to get to the next stop: Take any of the Green Line trains to Park Street. It’s about a 15-minute trip. 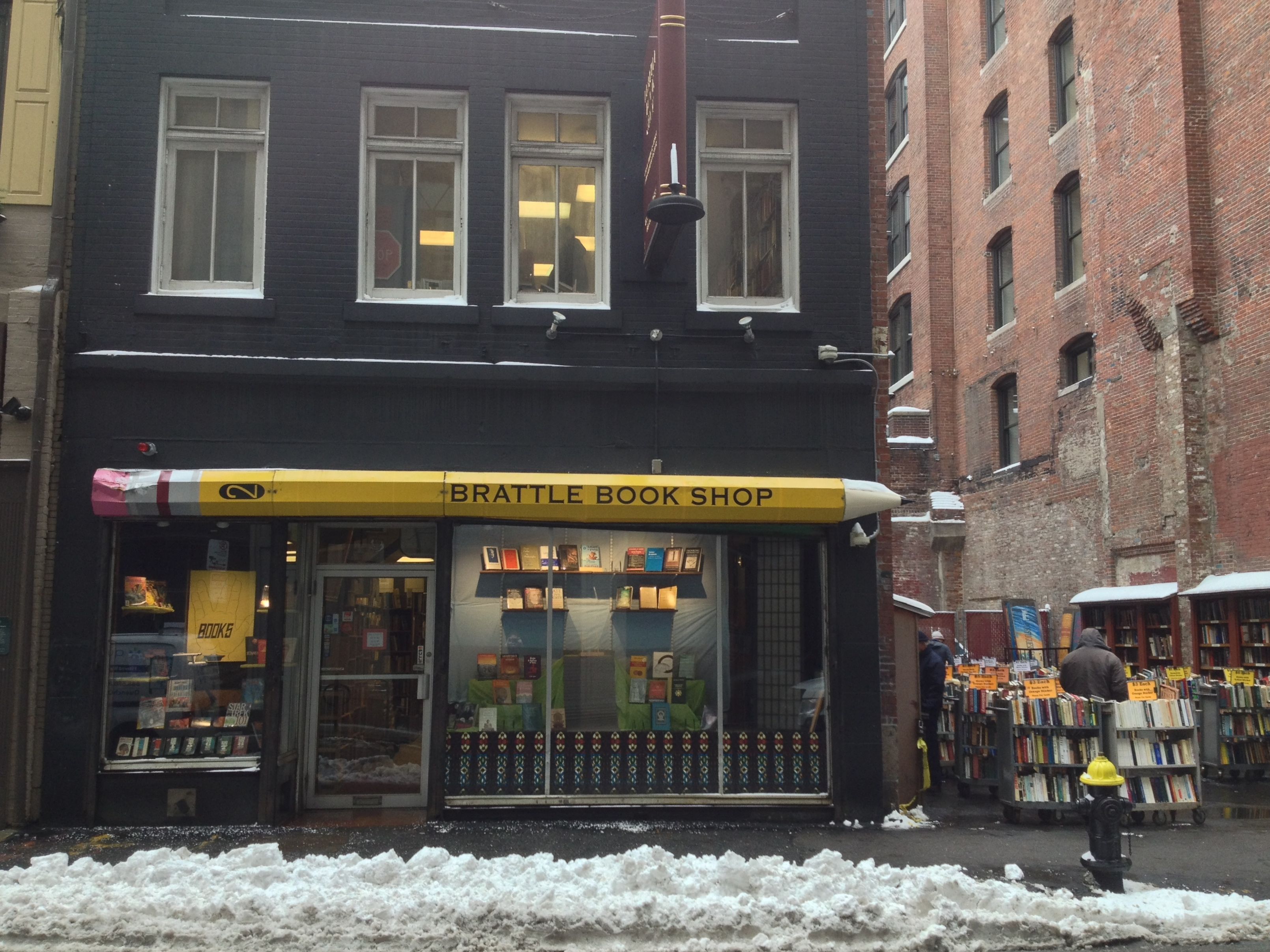 Brattle Book Shop in downtown Boston has been selling used and antique books since 1825. While the antiques on the third floor may be bank breakers, the options on the other two floors are pleasantly priced. If you can make it when it’s not raining, the shop rolls bookcases out to the neighboring courtyard so you can tan and browse at the same time. Make sure to get there early though, as it closes at 5:30 p.m. Monday through Saturday and doesn’t open on Sunday.

How to get to the next stop: The next store is located a convenient 5-minute walk away. 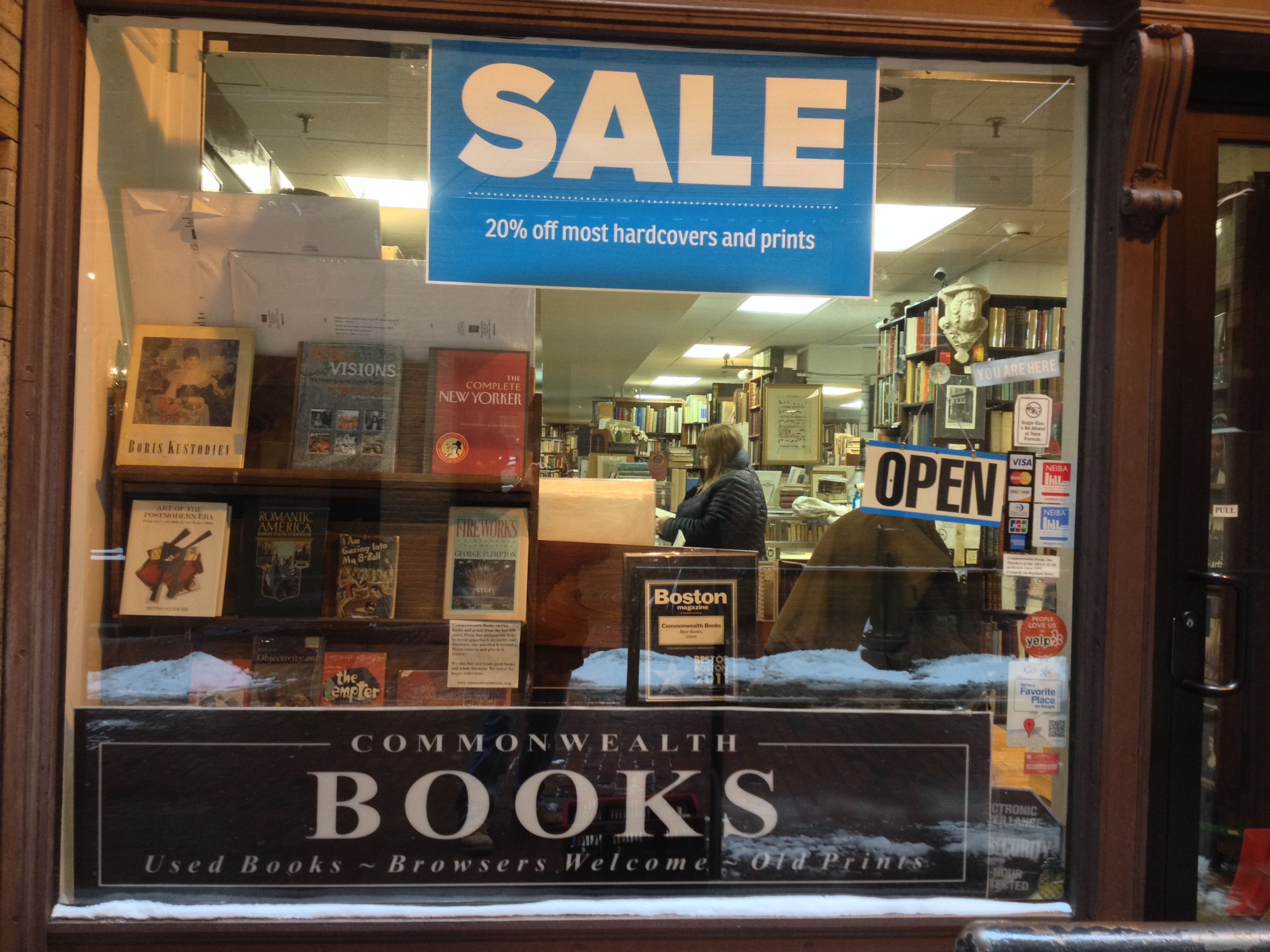 Commonwealth Books is in Downtown Crossing. The mid-size shop is cramped with a massive selection of used volumes. It boasts a location on the oldest street in Boston, though the store has not been there since 1630.

How to get to the next stop: Hop on the Red Line outbound until the Porter Square stop.

Porter Square Books is a smaller bookstore with a full-service cafe. The Cambridge favorite is easily accessible from the Porter Square stop on the Red Line. It regularly hosts author readings and panels.

How to get to the next stop: Take the Red Line one stop or take a short stroll through Cambridge. 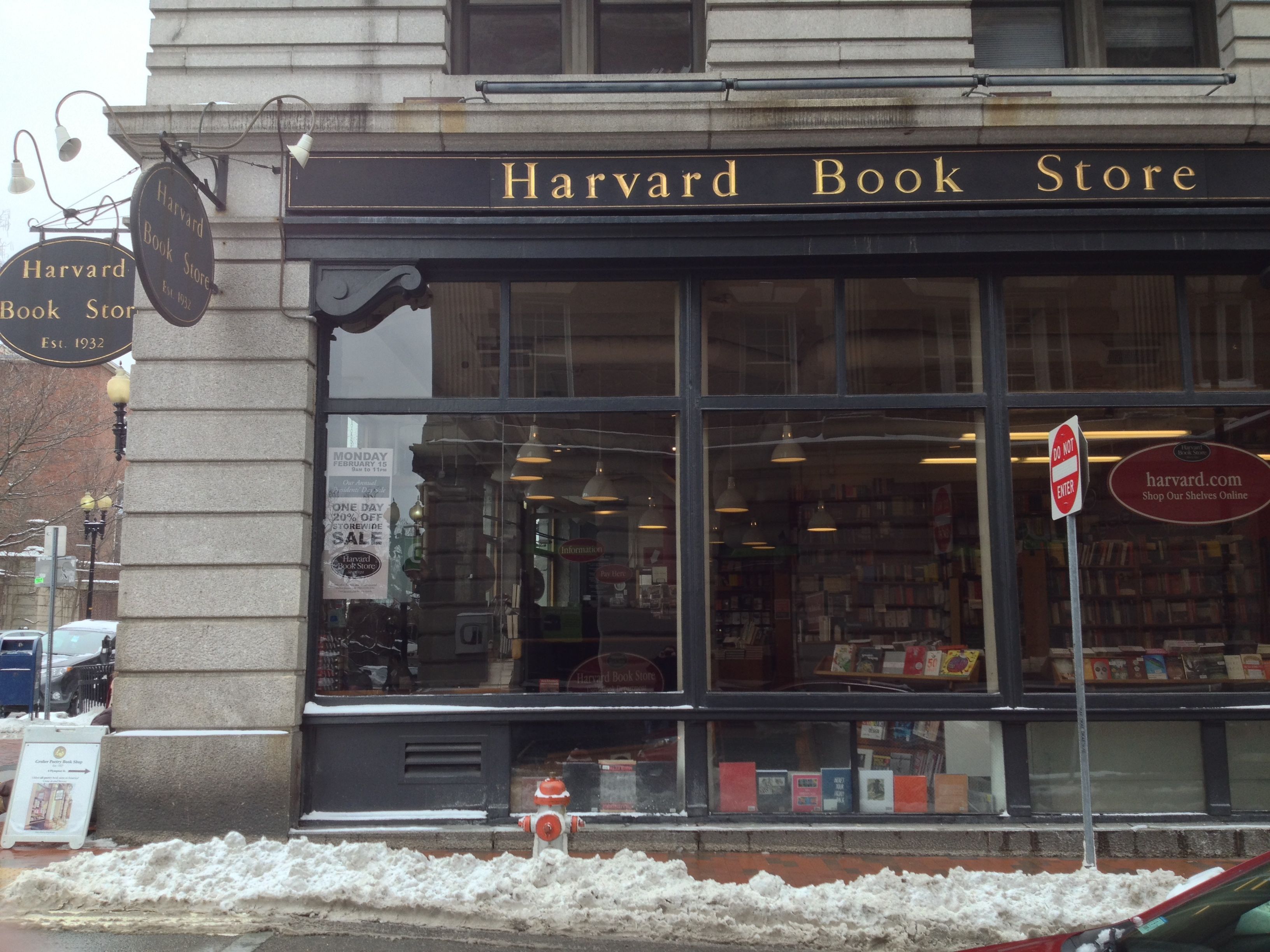 Harvard Book Store in Cambridge’s Harvard Square is one of the bigger stores on this trip. Upstairs is filled with new books, including a wall of bestsellers, but make sure to check out the used book cellar as well. While the store isn’t officially associated with Harvard University, it has been a mainstay of Harvard Square since 1932 and adapted to the web quick enough to snag the URL Harvard.com out from under the university. It also has regular author events and readings.

How to get to the next stop: The Harvard Book Store and Grolier Poetry Book Shop share a wall, but just in case, directions here. 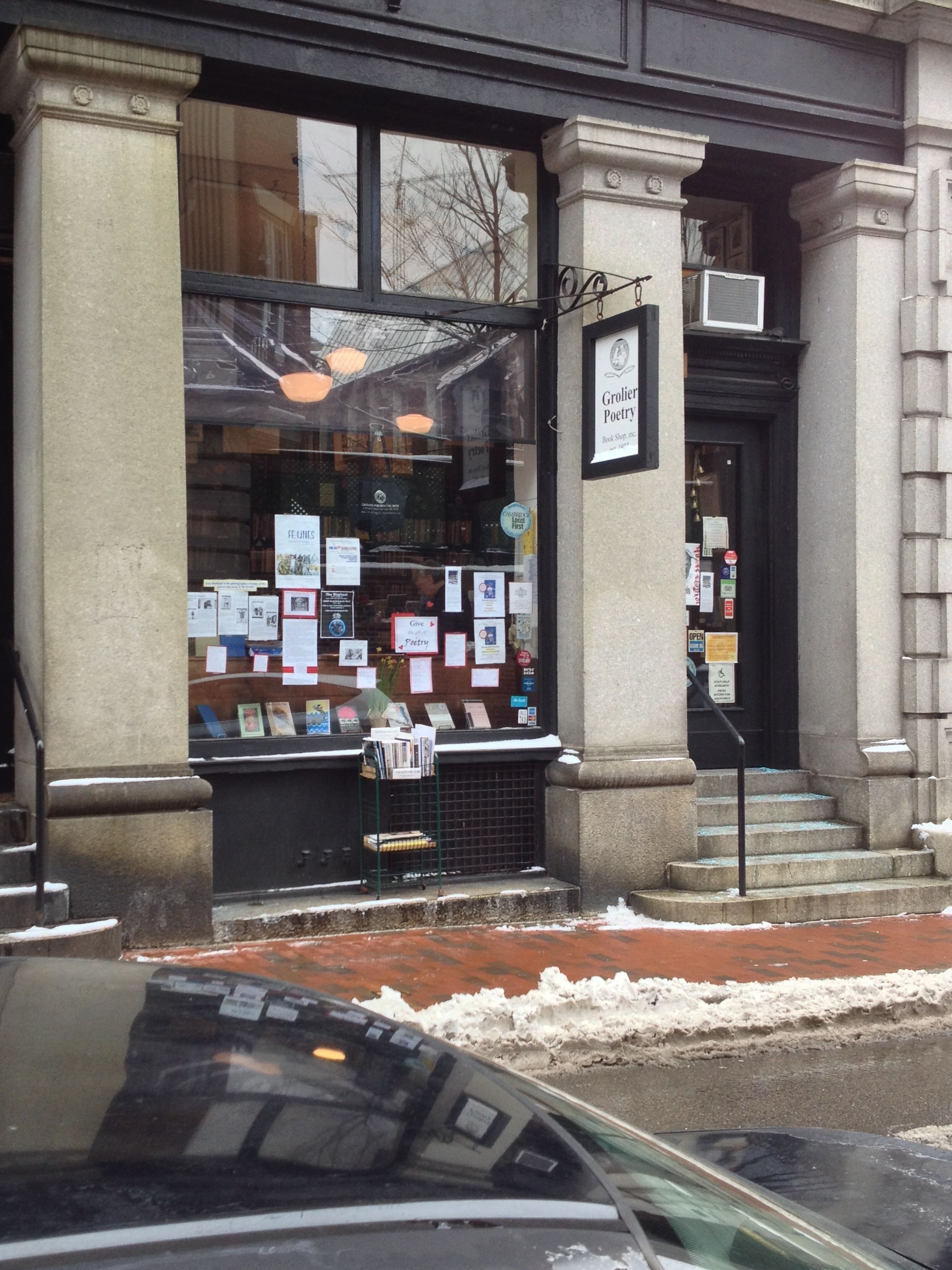 A little less than a block from Harvard Book Store, Grolier Poetry Book Shop boasts that it is the “oldest continuous poetry book shop in the United States.” The insides are modest, but the staff members are excellent and frequently have snacks for patrons. The Cambridge shop hosts a lively poetry series.

How to get to the next stop: It’s also in Harvard Square, though it’s a little trickier to find. 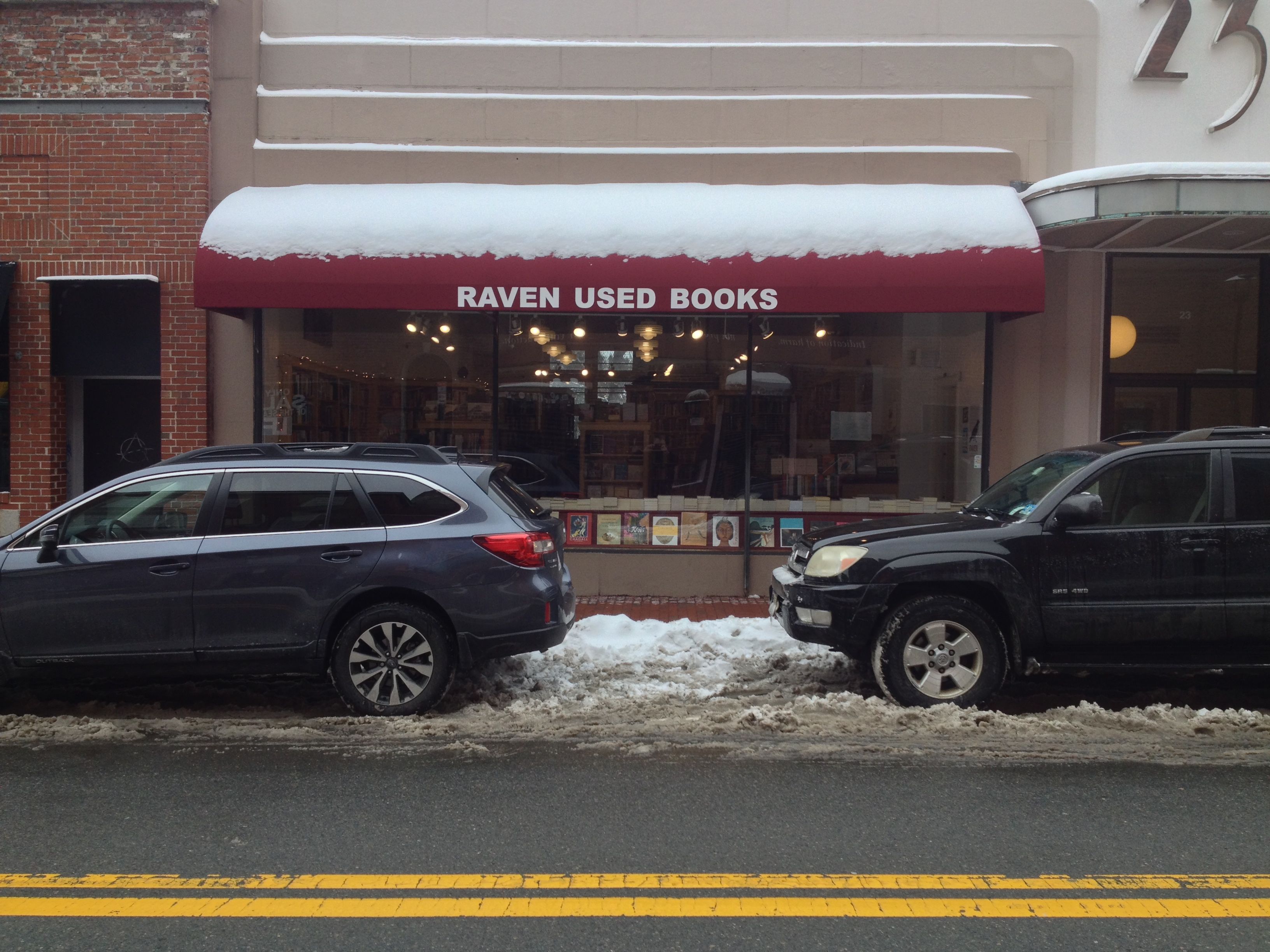 The third and last stop in Harvard Square is Raven Used Books. This Cambridge store specializes in used books, hoping to spread the academic wealth of the university with the surrounding community. The used books and remainders are a good bet for keeping you on budget while filling your bookshelves.

How to get to the next stop: The fastest way from Harvard Square to Coolidge Corner is the 66 Bus. 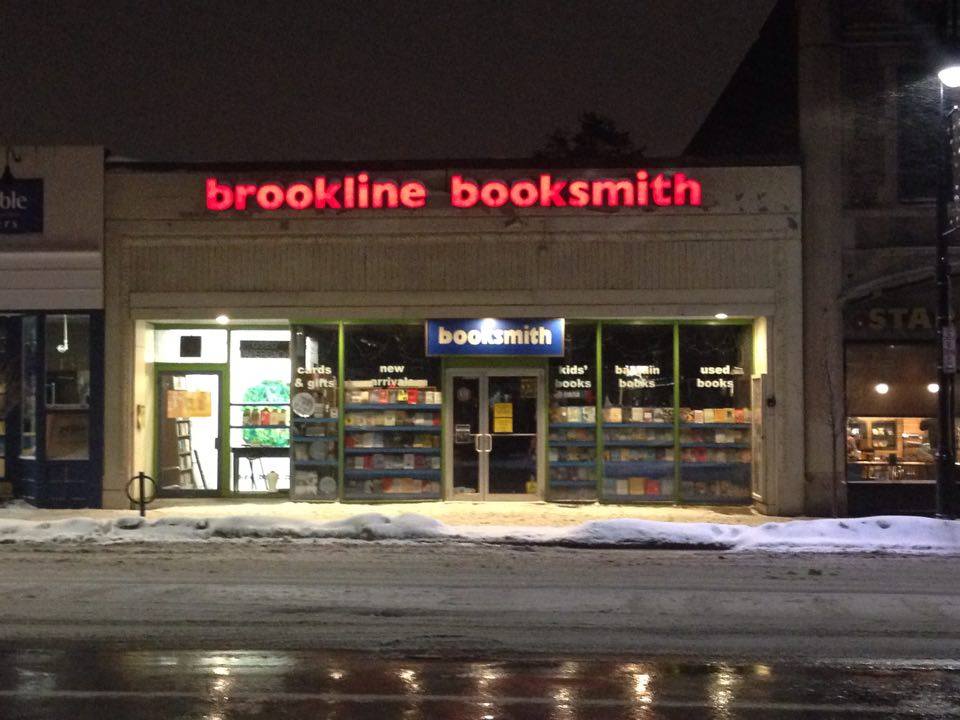 Brookline Booksmith is another one of the bigger stores on the tour. It has been in Brookline’s Coolidge Corner since 1961. There are remainders, new books, and trinkets of all sorts upstairs. Downstairs, it hosts readings as well as hundreds of used books. It’s a bit of trek from Harvard, but well worth the time.

How to get to the next stop: Take the 66 bus and switch to the 39. The transfer can add a bit of time. On a book tour though, that can be a much-needed opportunity to start some of your newfound treasures. 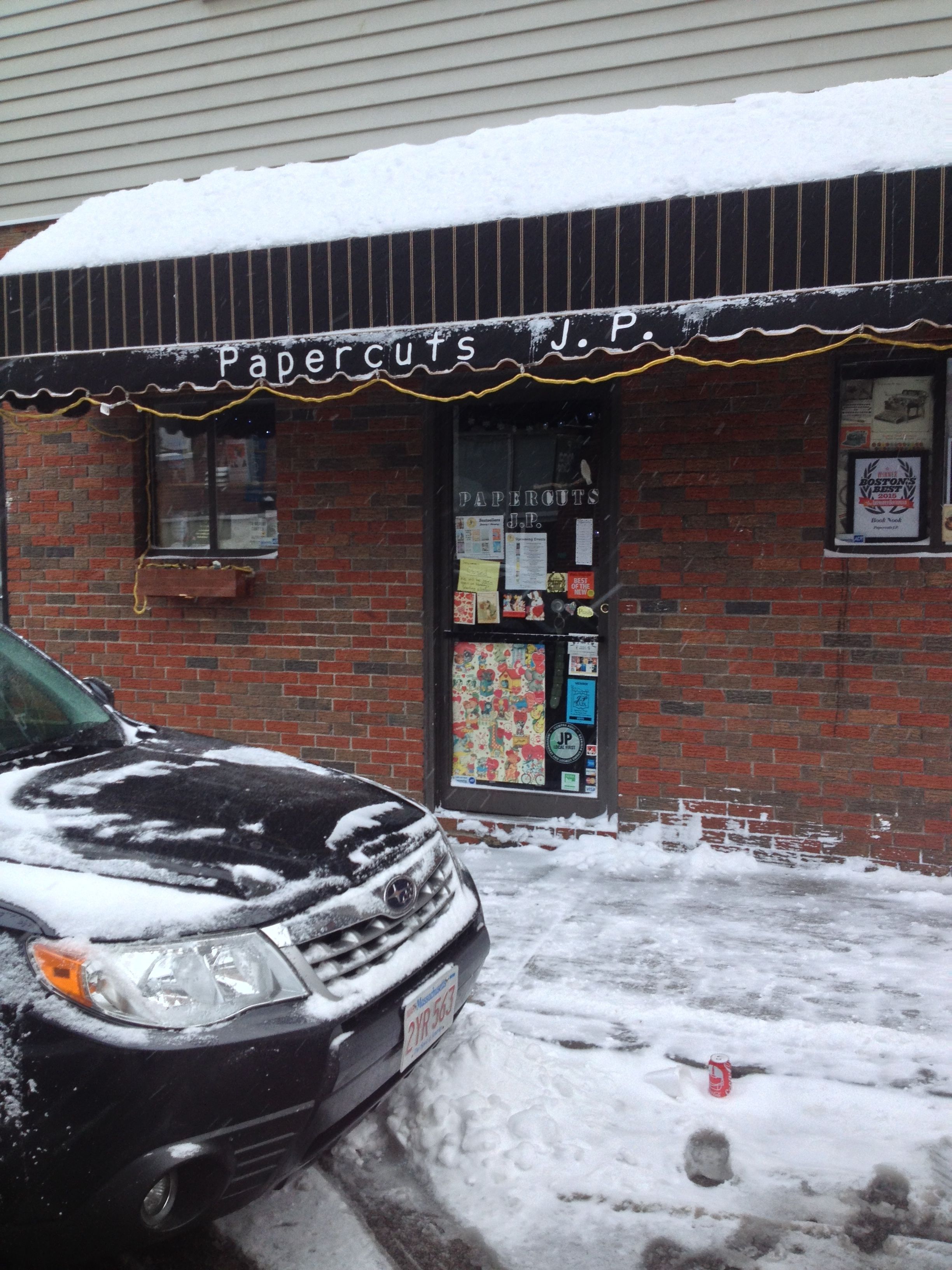 Papercuts in the neighborhood of Jamaica Plain is the newest independent bookstore in Boston. It opened to much acclaim in 2014, including a 2015 Boston’s Best from The Improper Bostonian. It hosts author readings and events, and has taken it a step further by putting together an anthology featuring the authors who’ve graced the store in its first year.

Photo of Trident Booksellers and Cafe via John Card. Photo of Brookline Booksmith via Paul Haney. All other photos taken by author. Feature photo Harvard Book Store via Shutterstock