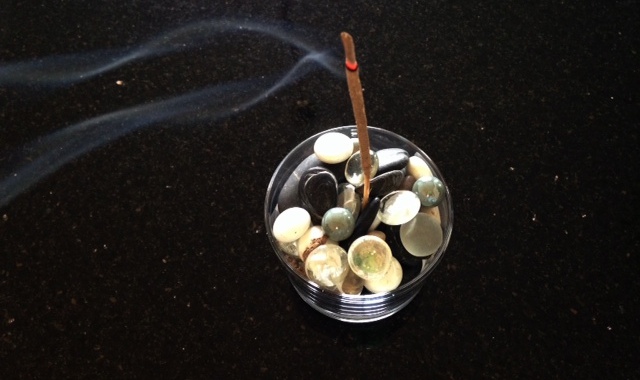 The Power of Incense from Primitive Times to Modern Day

If you’ve traveled to the holy temples of the Far East and other parts of Asia, you understand the peace and almost transcendental experiences that can occur. My own experiences in India, Sri Lanka, Bali and Thailand were indeed spiritual, serene and freeing. It is the sense of peace, the intricately woven flower offerings presented with devotion and the scented clouds of smoke rising from incense sticks and other resins that I remember most.

Each time I return home, I long for the serenity I so easily found at these holy sites — freed from anxiety and the burdens of modern society and open to reflecting inward. I began burning incense sticks while working at home as a pleasant reminder of my travels. Slowly I began to notice a positive shift in my mood and a powerful change in the way I was able to move on from upsets to productive tasks while the incense burned in close proximity to my computer.

Burning aromatics has been a practice favored by humans since the Stone Age. Our sense of smell is the most primitive of all senses, so it’s no wonder why plants bearing pleasant scents have been a treasured natural gift from the earth. In India, the country most associated with the practice of burning incense, people used jasmine, rose, sandalwood, champa, cedar and musk in sacred ceremonies since approximately 5000 B.C. Flowers in particular have deep spiritual connotations in Hindu philosophy, which is why incense is an intricate part of holy festivals and in places of worship.

Buddhists also use incense specifically during meditation to increase self-awareness, although this practice wasn’t incorporated until modern times. In Tibetan Buddhism, the use of incense is used for medicinal purposes along with traditional ritualism.

Recently, modern medicine has recognized incense as a treatment for anxiety. The Federation of American Societies for Experimental Biology (FASEB) Journal released a study by an international team of scientists, including researchers from Johns Hopkins University and the Hebrew University in Jerusalem, which found that burning frankincense activates specific ion channels in the brain resulting in an elevated mood and a decreased level of anxiety.

According to an article published by Scientific America, “Raphael Mechoulam of the Hebrew University of Jerusalem and his colleagues injected mice with incensole acetate, a component of the resin of the Boswelliaplant. This resin, better known as frankincense, is an ingredient in Middle Eastern incense. The chemical reduced anxiety and depressive symptoms in the mice. In the anxiety test, for example, injected animals were less fearful of open spaces as compared with mice that were given a placebo.”

“Incensole acetate is a mild drug: the chemical proved to be 10 times less potent than Valium in its reduction of anxiety, Mechoulam says. During religious ceremonies, the people inhaling the most smoke—the officiants burning the incense—are probably the only ones who feel its effects, he adds. Incensole acetate may lead to new treatments for anxiety and depression if more potent forms can be synthesized and if it successfully lifts moods in human trials.”

As with many ancient practices, there is an underlying use for the direct benefit of well-being. I have no doubt that the spiritual encounters I experienced throughout my travels in Asia were in fact influenced by the incense I was inhaling. It did aid in a heightened level of self-awareness and it did create a sense of peace within my body, perhaps opening my mind and heart to the beauty and love surrounding me.