The streets and alleyways of San Francisco’s Mission District are alive with murals–imaginative, powerful and beautiful representations of the diverse community’s historic struggles and immense creativity. And yet, many visitors pass through without taking a look: I’m told by local residents that these impressive works of art don’t feature heavily in American guide books for the city, set apart as they are from San Francisco’s popular downtown and waterfront.

The murals feature a wide variety of subjects and styles. Many, like this one, at the corner of 24th Street and Bryant Street, feature images of protest and struggle. 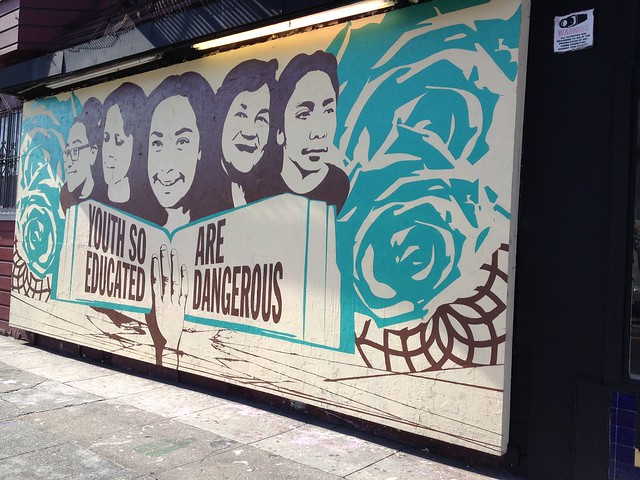 [Photo: Youth So Educated Are Dangerous]

In this blue-hued mural, off of 24th Street at York, women and children from all over the world weep at various symbols of oppression, including riot police, barbed wire, and dark factories. 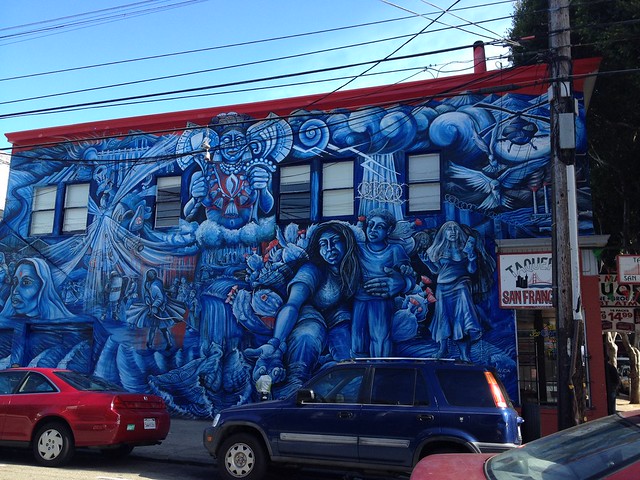 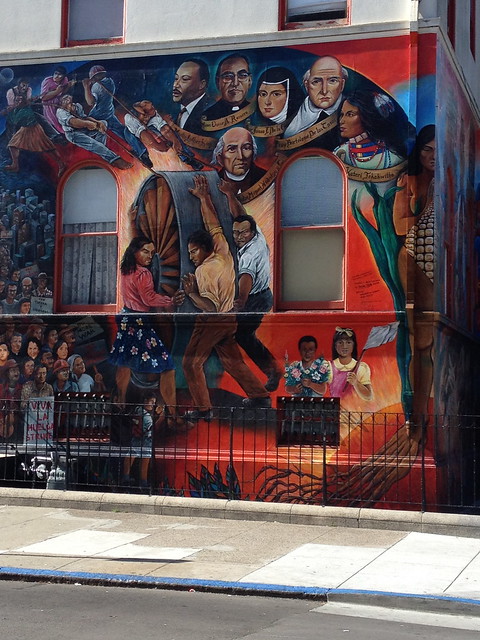 Religious deities abound: images of the Virgin de Guadalupe are common, but there are also several Buddhist figures as well as traditional Aztec images, such as this one on Alabama Street. 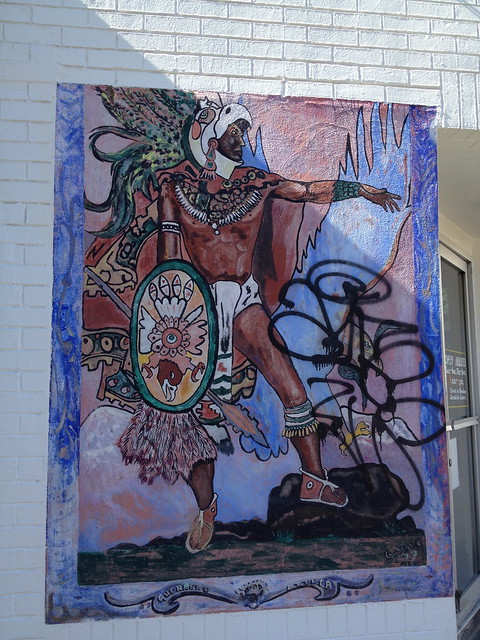 Images of maternal and female power occur in many of the murals, with frequent depictions of women’s bodies as foundational parts of the landscape, as well as photos that focus on the strength of women collectively, such as this one on Balmy Alley. 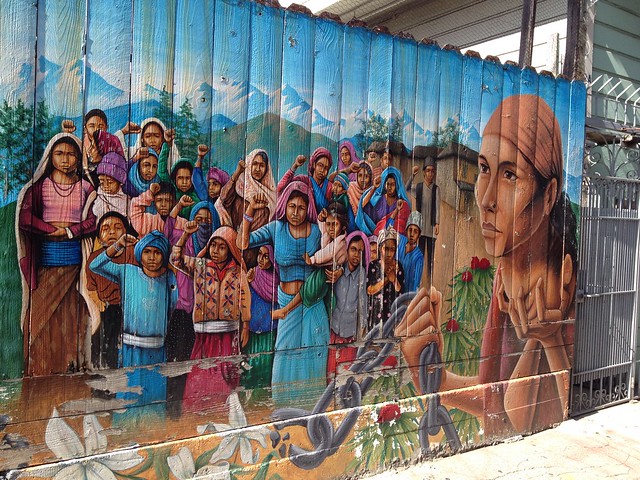 Many of the murals tell stories of the Mission’s community heritage and recent struggle. For example, this powerful Balmy Alley mural depicts the racial inequality on display in the Mission, parts of which have been gentrified in recent years in response to the Silicon Valley tech boom (recently, tensions have heightened over higher rents and resultant increasing numbers of evictions in the Mission). Two different scenes dominate the artwork: one in which policemen arrest a pair of Hispanic men, and one in which a policeman chats with a white woman over Starbucks coffees. Over the top of both scenes, skeletal figures (one at a computer whose screen appears to bear the Facebook logo) hover around an image of the New York Stock Exchange while riot police stand guard–a chilling depiction of the conflict that marks the Mission community. 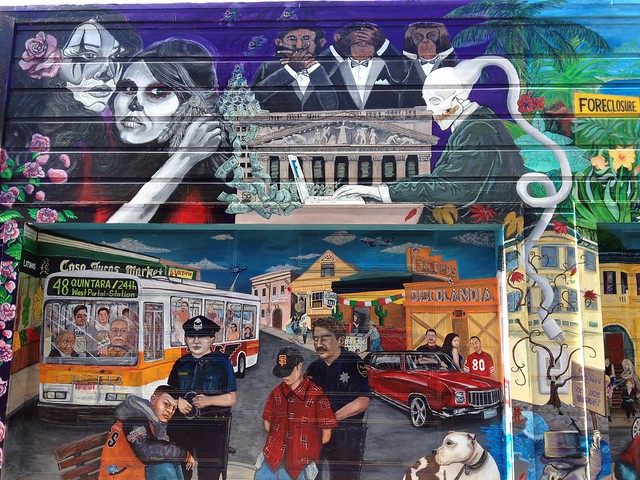 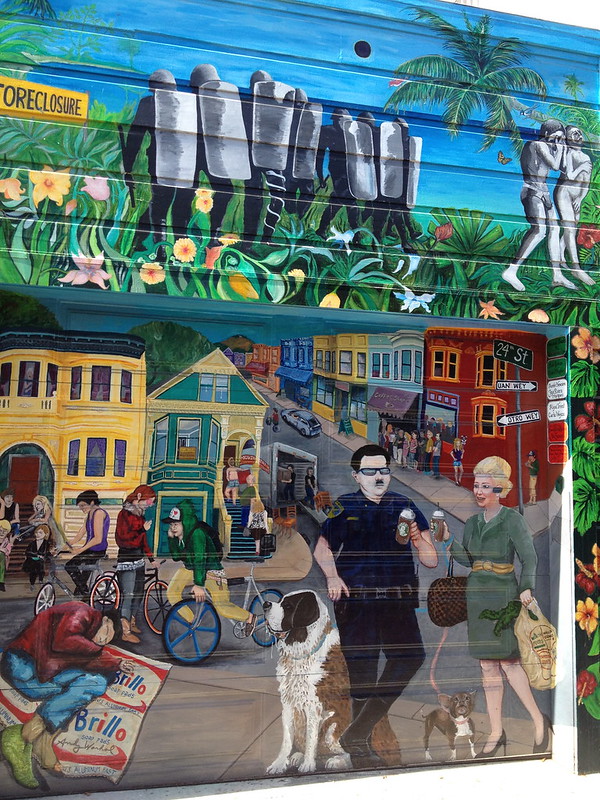 [Photos: halves of the Police/Mission mural]

If visiting San Francisco in the future, this easy walk will take you to some of the most spectacular murals the Mission has to offer. (Google Maps has informed me it’s 1.7 miles long, and (good news!) it features none of the steep hills for which San Francisco is famous.)