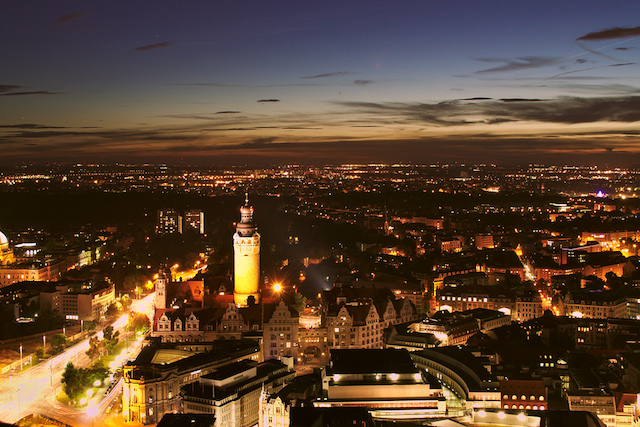 Leipzig has been a hot travel destination in 2013. A German city that seems to have the perfect mix of low-cost living and a thriving cultural scene, some say it feels like the Berlin of 10 years ago. There’s even a German language tumblr account dedicated to ‘Hypezig’ – the city’s unofficial current nickname.

But a city doesn’t attract this kind of hype for no reason, so what is it about Leipzig that’s making it so de rigeur? In a city that’s all about culture, the following are its biggest assets:

Leipzig has been a city for music lovers for centuries. The birthplace of Wagner and the stamping ground for other greats like Bach, Mendelssohn-Bartholdy and Schumman, today it is home to some of the finest musical institutions in the world including the Gewandhaus Orchestra, the St. Thomas Boys Choir (established in 1212 and once directed by Bach himself) and the Leipzig Opera Company.

You won’t just find classical music in Leipzig though. It’s is a popular stop-off for touring bands with a range of gigs catering to lovers of anything from soul, to techno and punk. It hosts the Wave Gothic Meeting and has a thriving indie music scene, boosted by a “Pop Up” music trade fair and festival which ran for nine years until 2011. It’s also where some of the most innovative house and techno music in the world is being created.

More than 100 artists and ateliers have their studios in the Spinnerei, a 25-acre former cotton mill in the Plagwitz district, including Neo Rauch; principal artist for Leipzig’s Academy of Visual Arts. Rauch is considered a leader of the ‘New Leipzig School’, the term coined for an affiliation of Leipzig artists whose works have been highly sought after since the millennium. The artists were trained at Leipzig’s Academy of Visual Arts after reunification, and are respected for their blend of realism (taught by the school behind the iron curtain and away from Western influences) and modernism.

In Bavaria, it’s beer gardens, in Leipzig, it’s Freisitz (literal translation: patio). Almost all of the restaurants and cafés offer outdoor seating, creating a culture of al fresco dining and drinking in the pedestrian-friendly centre. Favourite eateries offer anything from hearty burgers at Hotel Seeblick, to German cuisine at Drogerie (in a former pharmacy), to delicious vegetarian fare at Zest.

Various neighbourhoods come alive at night, from established Drallewatsch, to emerging Plagwitz. A surplus of abandoned factory buildings create spaces perfect for working, living and partying. Popular multipurpose spaces include Kaufhaus Held, a former department store that was taken over by a group of friends earlier this year and is now used for anything from designer showcases to electro dance parties.

A city that never sleeps, you can choose to go big or small in Leipzig. Moritzbastei is one of the biggest student clubs in Europe, a warren of cellars below the old city fortifications with constant gigs, and outdoor movies in summer. Ilses Erika is more like a living room, offering indie and retro electronic music. Other venues include Werk II, a former factory complex, UT Connewitz, a former 20th-century cinema and Conne Island, a former squat house and now venue for punk, rock, ska and hip-hop concerts.

A hub for world-class opera and classical concerts, Leipzig has a huge number of theaters, revues and variety shows, and is considered by some to be the cabaret capital of Germany.

Rent and food are cheap – for now at least. It’s a hangover from Leipzig’s industrial past: after reunification, thousands of people left the city as industries began to shut down. Unemployment remains high, but with startups and new companies opening headquarters there, Leipzig is turning a corner and generating a flurry of excitement. From Berlin, you can reach Leipzig in just over an hour, so head there and decide for yourself whether you buy into the hype.