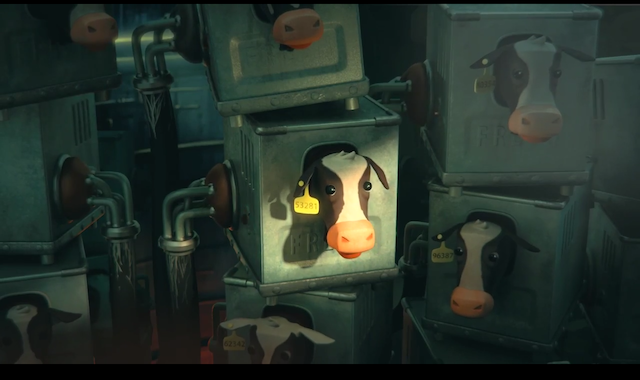 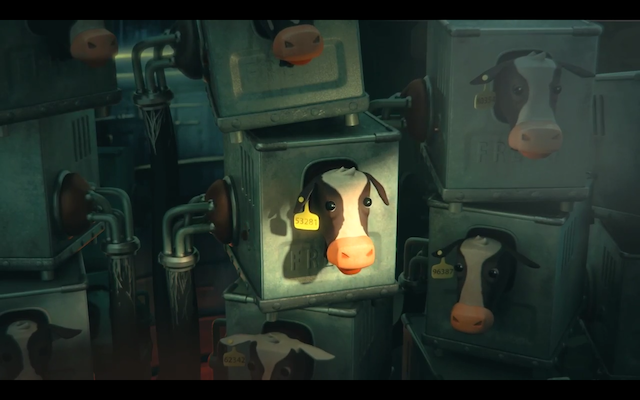 Chipotle, a fast food chain that serves natural and organic Mexican fare, recently released a second animated advertisement that reveals the vicious practices of factory farming. This hauntingly beautiful short film features a lone scarecrow that visits the factory of “Crow Foods,” a fictional fast food chain that uses industrial farming to produce its products. The song “Pure Imagination,” sung in a somber and, at times, frightening tone by Fiona Apple, plays evocatively in the background.

During his visit, the scarecrow is antagonized by robotic crows that peck at him as he explores the atrocious conditions of the factory.  The symbolism of the controlling crows points to how our current food system has been turned “upside down.” Thankfully, there is a happy ending, that, of course, involves eating Chipotle’s “naturally grown” food.

The fast food chain produced the ad in conjunction with the release of its new mobile game The Scarecrow, which seeks to educate and engage the public about food issues. Regardless of how you feel about Chipotle’s practices, the ad, which went viral on You Tube, is an example of what can happen when you pair ingenious marketing with a positive message.