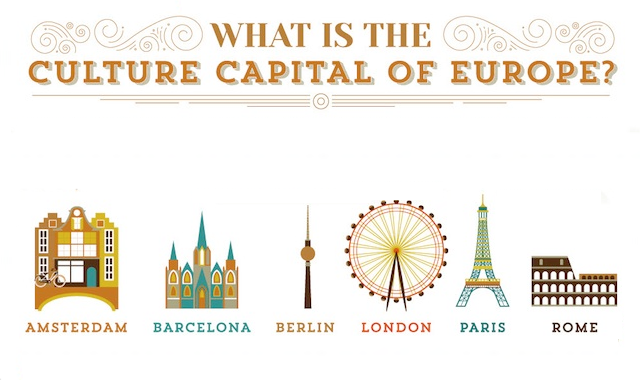 6 Cities in Europe that Offer the Best Cultural Experiences (INFOGRAPHIC)

Did you know that London has been rated as the 55th most livable city in the world, or that Paris has the highest number of Michelin starred restaurants? Barcelona ranks in as the city with the most UNESCO World Heritage Sites and Amsterdam is the birthplace of Vincent van Gogh and Ann Frank. This infographic, created by our friends over at HouseTrip, offers an array of fascinating facts about the six most culturally appealing cities in Europe.