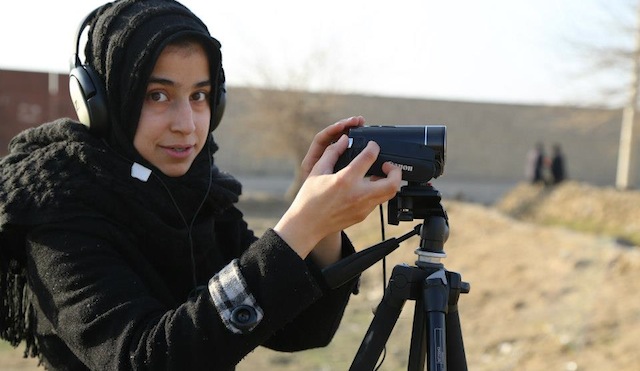 Young Afghans face challenges as filmmakers and take advantage of the opportunity to tell “unheard stories” closest to them.

On her Afghan Voices blog this year, 19-year old Tamana Ayazi wrote about challenges familiar to college freshmen around the world. Online registration. Picking a major. Stepping up to meet a level of critical thinking not demanded in the local public high school.

Her goals are also relatable to anyone pushing themselves to excel in a field they love: she wants to strengthen her photography, filmmaking and editing skills, and incorporate animation and 3D to make her films “even more interesting and unique.” She hopes to work as a documentary filmmaker for a domestic TV channel, supporting herself financially and contributing to the community through her work.

Some of the challenges Tamana faces, however, are more particular to working in less developed countries. When she went out to shoot her first documentary, the bulk of the filming was done in a village where most people did not know what a camera was. Combined with her novice interviewing and filming skills, she never imagined how challenging the process would be.

“I had times when I simply wanted to give up, but the challenge of it motivated me even more,” says Tamana. “Once I finished filming everything, I came to realize that I can work on far better stories with the right push and motivation, and I brought all that inspiration with me to Kabul.” 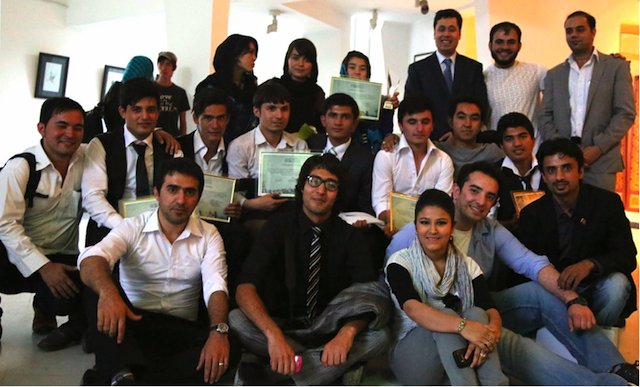 Tamana grew up in Mazar-e-Sharif, the regional capital of northern Afghanistan, where her entire family still lives today. Like Afghan Voices director Emal Haidary, she comes from a background of financial comfort and educational opportunity. It was at the U.S.-funded Youth Solidarity and English Language Program, a one-month educational camp in India, where she first met recruiters for Afghan Voices (most Afghan Voices participants, including Jalal Jamshidy, are also alums of this program). Now an Afghan Voices alum, she is living the dorm life with other female students at American University of Afghanistan in Kabul.

“Honestly, it was one of my dreams to become a journalist and a photographer someday,” says Tamana, “and Afghan Voices gave me that opportunity as well as a platform to show the accurate picture of Afghanistan beyond its ongoing wars through my short documentaries and pictures.”

“I mean, just filming and speaking with my real characters gives me a very joyful feeling, and it motivates me to tell more stories, ones that are still unheard,” she says.

Jalal and Tamana agree that people are not always receptive to a youthful reporter in Afghanistan. Tamana has been the butt of jokes and some people display genuine denial when she presents herself as a journalist. Even her family was against her participation in Afghan Voices until they saw the work she was producing. “A lot of people in our country are not yet ready for this change,” she says, but news outlets, private organizations, and important figures are acknowledging these young journalists and showing appreciation for their work. On May 23, Princess Soraya, granddaughter of the late King Amanullah Khan of Afghanistan, visited the Afghan Voices office and collected five films for screening at the Elba Film Festival in Italy.

One of these films, “Don’t Trust My Silence,” draws attention to the bias and harassment women and girls face in Afghan society. When 16-year old Sahar Fetrat entered the Afghan Voices program, she knew this issue would be the focus of her work. Capturing the verbal harassment and physical dangers she and other young girls and women faced, like other trainees Sahar used her immediate proximity to the story to bring it to life on the screen. “This documentary shows only a little of what we see, feel and experience every day,” she wrote in the accompaniment to her ten-minute film. “When I made this film, I knew that both women and men should be my audience. For men to see and feel a part of what we experience every day, and for women to say no to street harassment.”

In an April post on her Afghan Voices blog, Sahar let loose this impassioned manifesto:
I’m a woman, not weak and exhausted but strong and powerful. I can make great things out of nothing; I’m the one who can be an awesome Mother, a great Sister, a wonderful Teacher and an ideal Wife. Look to my wonderful ideas and fabulous [thought,] not my small body or physical appearance . . .

Yes I am a woman, the one who can change the impossible to possible. I am a woman, your mother Teresa, Rosa Parks, Malalay, Bibi Mehro, Zarqhoona, Mina Afghan, Rabia Balkhi.

You can be my father, brother, husband, or friend, but not my owner, because I am not a field or a house, I am a human being, a woman! I have my own personality, my own choice, my own life, so respect me, as I do respect you . . .

So for the first time ever, share your power with me and trust me, you won’t lose the sky if I stand in the ground, so hold my hand, lets go together, I am sure we can!!!

Mindful of their country’s past and ever looking to the future, these Afghan youths represent a new generation of storytellers and “change-makers.” Empowered by their training and driven by personal experiences and shared national pride, each individual offers audiences at home and abroad a different facet of their country to examine in the hopes of increasing understanding and making Afghanistan a better place. 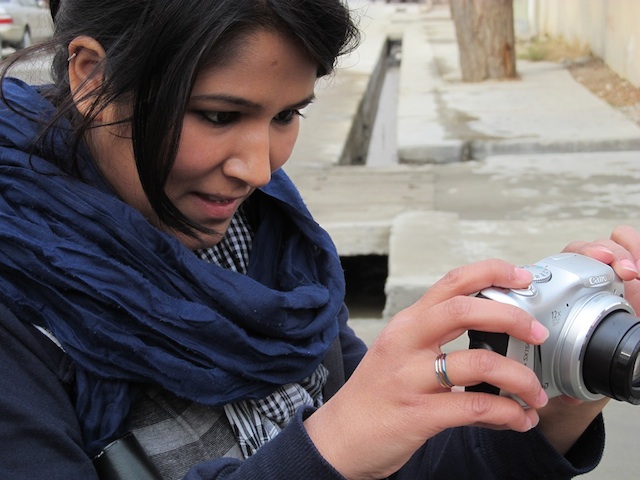 This is the final article in a series on Afghan Voices.

Read Part I and Part II. For more videos, photos, and other content, visit Afghan Voices. 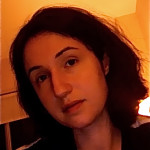 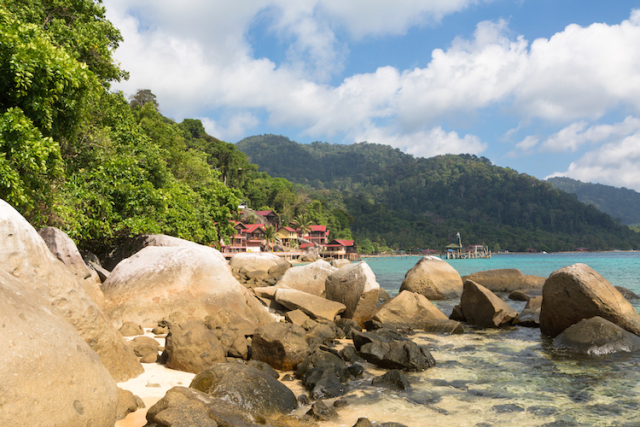