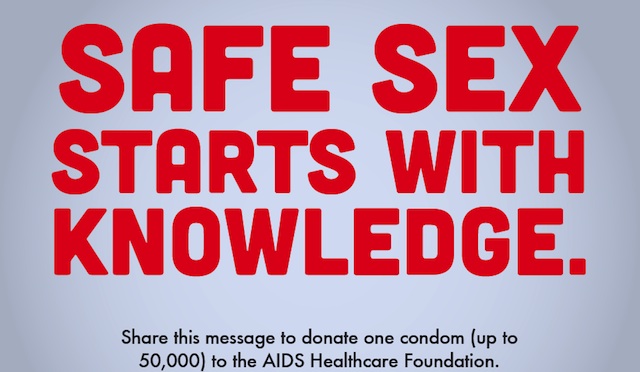 The makers of LifeStyles® Condoms (“LifeStyles”) recently announced the launch of the #KnowYourStatus social media campaign in partnership with the AIDS Healthcare Foundation to raise awareness for National HIV Testing Day on Thursday, June 27, 2013.

o   I’m donating my status to promote National HIV Testing Day. Find a center near you at freehivtest.net and #KnowYourStatus

o   Safe sex starts with knowledge. Find an HIV testing center and get tested today at freehivtest.net #KnowYourStatus
For each status shared on Facebook, Twitter and Instagram with the hash tag #KnowYourStatus, LifeStyles will donate a condom, up to 50,000, to the AIDS Healthcare Foundation to help prevent the spread of HIV.

“Nearly 1.2 million people are living with HIV and almost one in five don’t know they are infected,” said Carol Carrozza, Vice President Sales & Marketing North America for Ansell Healthcare, the makers of LifeStyles Condoms.  “Through this campaign, we hope to raise awareness surrounding the importance of knowing your status by partnering with an organization that shares our dedication to HIV education and prevention.”

As part of the campaign, LifeStyles Condoms will donate an additional 10,000 condoms to Condom Nation, an AIDS Healthcare Foundation initiative embarking on a 25 state tour to give away 10 million free condoms and promote condom use and safer sex in America.

“AHF is excited to partner with Lifestyles for the #KnowYourStatus social media campaign, which will work to engage and educate consumers in a whole new way and increase digital awareness for National HIV Testing day,” said James Vellequette, Director of Condom Nation. “This campaign aligns with our efforts to make condoms accessible to the Columbus, Ohio community and encourage everyone to “˜know their status’ by getting tested for HIV across the nation.”

For more information about the campaign, visit: www.lifestyles.com/knowyourstatus or follow:

A Message for All Humanity (Video)

To find a free testing location in your area, visit www.FreeHIVTest.net. 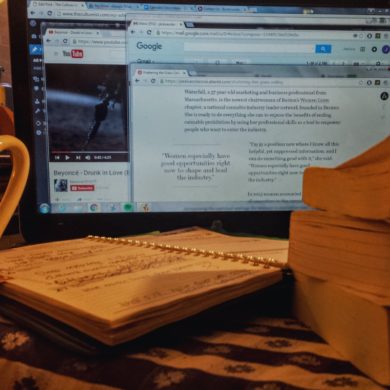